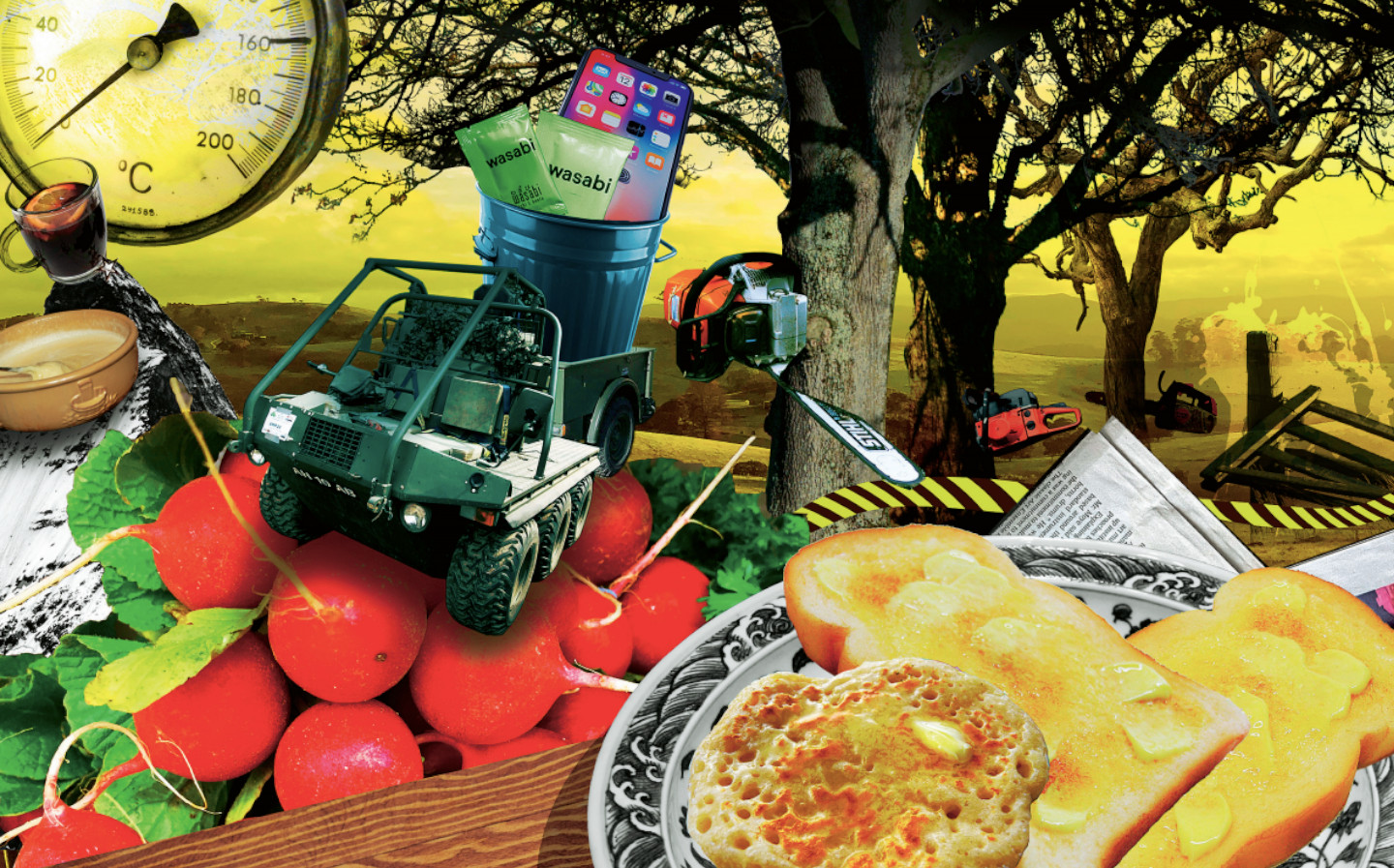 IF THERE’S one quality for which Jeremy Clarkson is best-known, it might be his self confidence. Some may even say that his belief in his own convictions borders on obstinacy. Either way, it’s part of what makes him such a great critic.

But for the first time since he started Diddly Squat Farm, 18 months ago, he says that he’s been doubting his decision to become a farmer.

“I’m wondering whether my heart is really in the whole farming malarkey,” The Grand Tour Host says in his Sunday Times Magazine column this week.

While he still enjoys the more romantic aspects of the pastoral lifestyle, like driving across the farm in his Range Rover or “doing a spot of light cultivating on a glorious autumn evening”, his enthusiasm for some of the less serene parts of the job has dwindled: removing tons of hardcore (broken bits of rubble and brick) from his yard, for example, or repairing a broken gate in the bone-chilling cold of a British January.

Any good intentions he has to get stuck into the manual labour on his farm are trumped by the thought of reading the papers with a hot, well-buttered piece of toast, he says.

A part of this newfound self-doubt is not just in his motivation to complete such tasks, but in his ability to complete them. “When I’m presented with a gate that’s not attached to a gatepost any more, I’m stumped.

“Usually I’m so stumped that I’ll spend 15 minutes wondering loudly why the hinge fell off, and then I’ll go back inside for some toast.”

Clarkson, 60, says he is not cut out for the physical side of his profession, which he classifies as 40% bending down to pick things up, 40% jumping off things (trailers, walls, gates) and 20% going to the hospital to have severed limbs re-attached.

Luckily, he’s rarely in danger of encountering the latter, thanks to the fact that he still can’t figure out a problem he first encountered more than half a year ago in his first farming column: attaching machinery to the back of his Lamborghini Tractor. So he’s decided to stop trying.

But one job he can’t avoid is collecting firewood, which requires the use of a chainsaw. Clarkson has had well-documented encounters with chainsaws before and concluded that, while very persuasive if you want to get your way, their only real use is “chopping off a drug dealers arms”, Scarface-style.

In reality, the only thing they elicit from Clarkson is “the sense that I’m the one most likely to be injured”. And even if he can get over visions of himself joining all the other farmers holding their dismembered arms in the hospital waiting room, he ends up getting the chainsaw jammed in the tree, and finds himself unable to remove it.

“At a rough guess I’d say 20 per cent of the trees in my woods have chainsaws stuck in them,” he says.

This means that oftentimes the only way he can stay warm is to go for a brisk walk, but even this instils feelings of self-doubt in him.

“I did that the other day,” he says, “and in a field I thought I’d planted with grass I found thousands and thousands of radishes. Which on reflection may be adolescent turnips.”

You can read Jeremy Clarkson’s full farming column on The Sunday Times website, or in today’s Sunday Times Magazine.