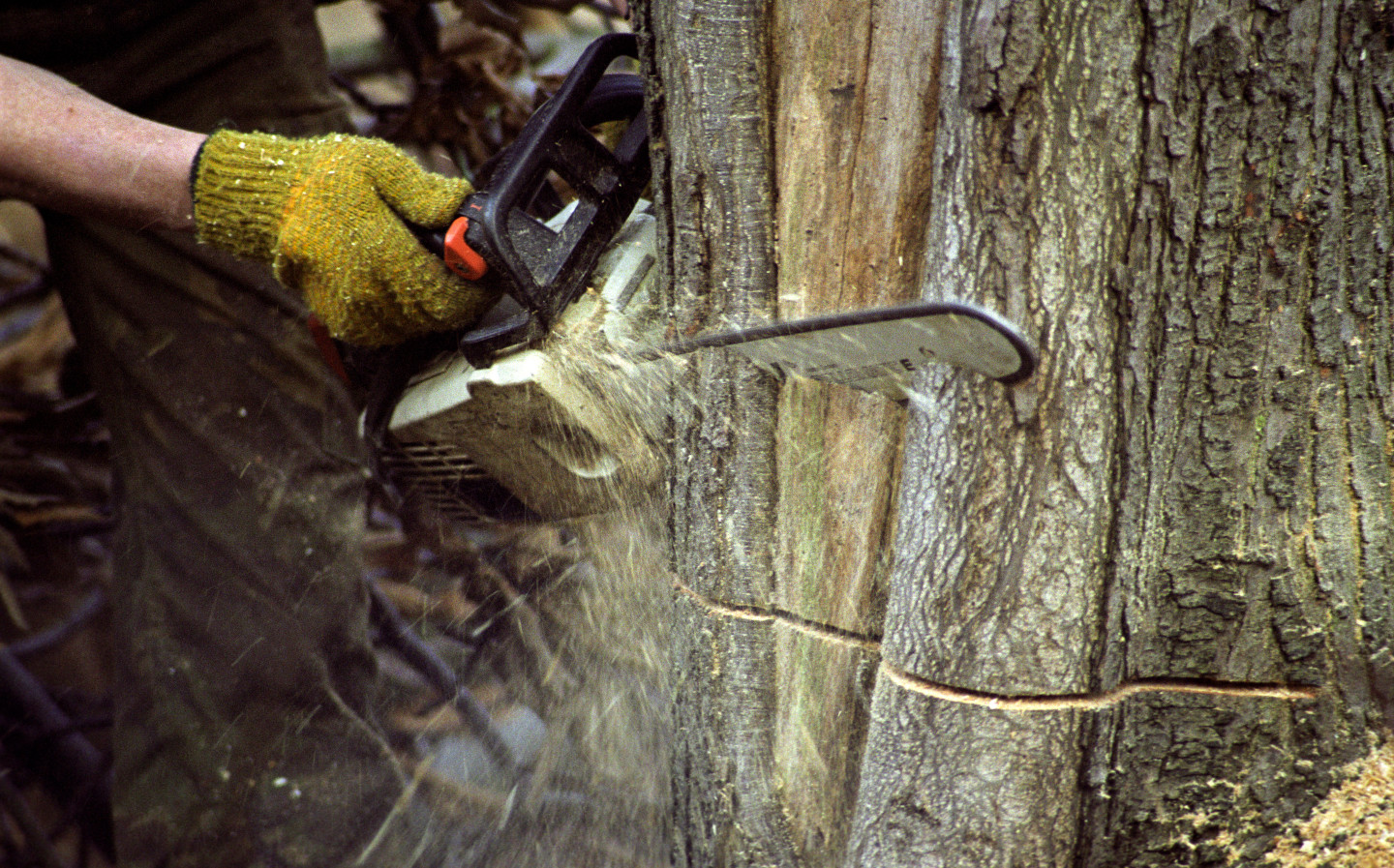 DURING the coronavirus lockdown, many of us turned to previously neglected pastimes. Painting, for example, or sewing, reading, cooking, tinkering. One of the most popular is gardening. According to The Economist, eight to nine out of ten Brits own gardens, and around 45% of the population have turned to gardening to distract themselves from these apocalyptic times.

If you’re like Jeremy Clarkson, and own a farm and a forest, “gardening” doesn’t quite sum up the task. It is instead called “woodland management”. In today’s column for The Sunday Times Magazine (which are all about life on his farm Diddly Squat, until test cars start turning up at his door again) he revealed that Lisa, his girlfriend, had decided to start growing her own vegetables. He, meanwhile, with a whole farm to manage, decided to attend to his woods.

And instead of gardening, which require rose shears or a strimmer, woodland management demands tools that are altogether more serious. And some proper training in how to use them wouldn’t go amiss.

Clarkson quickly discovered the limit of his knowledge and abilities: “It turns out that you can’t ‘have a go’ at woodland management, any more than you can ‘have a go’ at underwater oil-rig maintenance.”

The prospect of using a chainsaw is an attractive one for any man, he notes. To put it in automotive terms: “If you have a chainsaw in your hands, you are the most powerful person in the room. Politely ask Elon Musk to sell you a majority shareholding in Tesla and he’ll tell you to go away. Ask him while revving a chainsaw and the company will be yours in a matter of moments.”

There’s a reason that chainsaws are associated with men who are strong and assured — because they’re wild, scary, and incredibly cumbersome: “You yank away on the starter cord endlessly until your arm is weary, and then you remember that there’s a safety catch that needs to be pressed before the motor will fire.”

“Unfortunately,” he continues, “there’s a safety handle as well. So you need one arm to hold that down, one to hold the machine steady and one to pull the cord. There are more safety features on a modern chainsaw than there are on a Boeing Dreamliner.”

After a lot of sweating and swearing, the Grand Tour host turned his focus to the tree that he was intending to fell, before almost immediately falling himself — chainsaw in hand — into a “badger sett that [he] hadn’t seen because of all the nettles.”

Miraculously escaping unscathed, and telling a story of a man he saw when he was at university who wasn’t so lucky, Clarkson set to work. “And then nothing. It had jammed. To unjam it, I needed to lift the branch slightly, which meant I was doing one-handed chainsawing. I’m not sure this is advised in the manual.”

After half an hour of more sweating, effort and — you would imagine — swearing, he decided to do what a lot of people resort to when trying to do manual labour themselves: give up, get some lunch, and get someone with a bigger machine to do it for you.

In this case, he called John Deere. What it sent round was, Clarkson says, “easily the most fantastic machine ever made.” High praise, from a man who has, for the last few decades, driven the fastest and most technologically advanced cars in the world. In “three seconds flat” it did what Clarkson had been toiling at for over half an hour. As he ate his lunch, he looked at what seemed to be “Godzilla… having a temper tantrum.”

After his experience trying to use one, therefore, Clarkson has decided that the only use for a chainsaw is “chopping off a drug dealer’s arms”. He’s no stranger to Al Pacino movies, then.

Jeremy Clarkson went for a walk on his farm, saw two dead deer and argued with walkers