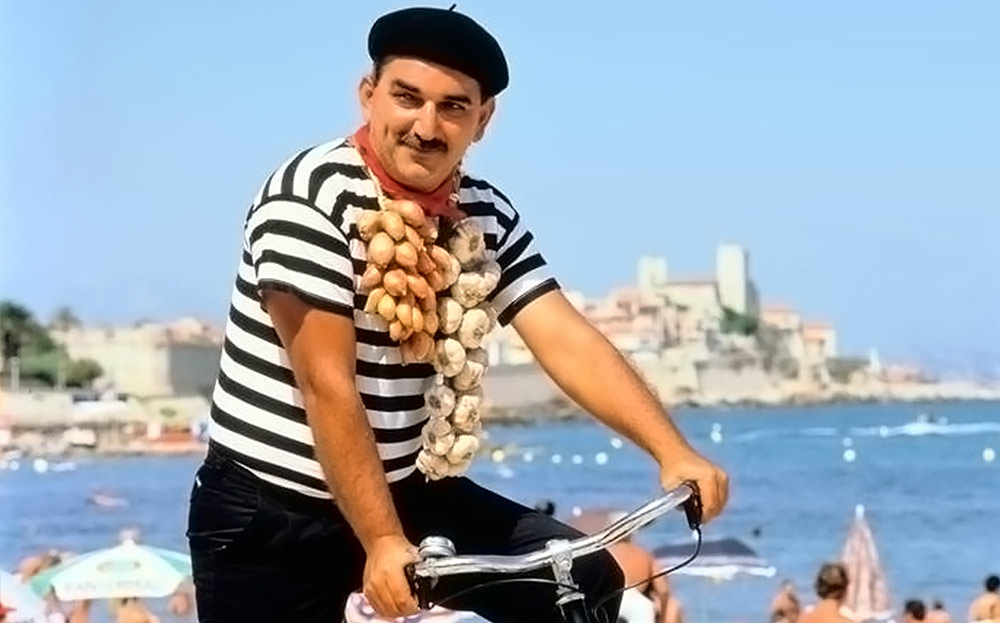 JEREMY CLARKSON has managed to land himself in hot water with Indians, Mexicans, Malaysians, Americans … in fact, pretty much everyone in the world.

Suggesting on Top Gear that a German sat nav might only go to Poland is one of the better-known Clarksonisms, but there are plenty more. Try these for size.

“Once, I said that to be born Italian and male was to win first prize in the lottery of life. Nobody argued. Nobody wrote to say: ‘No. I wish I were Swedish and gay.’”
November 6, 2011 (subscription required)

“The Russians are the worst tourists in the world. Of course, they spent most of their childhood eating concrete and trying not to be tortured so who can blame them for exploding onto the world’s beaches in a tizzy of frills, Versace sunglasses and extraordinarily tight Speedos.”
May 27, 2007 (subscription required)

“In America a stiff upper lip is something that only ever happens when intimate plastic surgery goes wrong. There is no American word for ‘stoic’. Americans cry more often than they don’t. The smallest breath of wind and they’re all on the news, tears streaming down their blubbery faces as they stand beside their fallen-over wooden houses, explaining between heaving sobs how the good Lord has deserted them.”
July 15, 2012 (subscription required)

“Americans, having lived in Britain for a while, think they can start talking English. Every time Christian Slater calls me ‘mate’ I’m filled with a sudden desire to shave his face off with a cheese knife. Americans cannot say ‘mate’ any more than Germans can say ‘squirrel’.”
December 17, 2006 (subscription required)

On delivery of the Ford GT: “It arrived at my house one month ago inside a truck which had ‘On Time’ written down the side. As we know from America’s arrival into the Second World War, their concept of ‘on time’ differs slightly from ours.”
July 3, 2005 (subscription required)

“No one in France has a nice car, no matter how interested they may be in motoring. This is because France is essentially communist and anyone who displays outward signs of wealth is fearful that soon a mob will come and his head will be in a basket.”
September 28, 2008 (subscription required)

“Extremely high taxes. Iffy weather. Lots of Lego to tread on in the middle of the night. And quite the worst pop music it is possible to imagine. The only Danish tune ever deemed good enough to be played on the international stage was Barbie Girl.”
April 8, 2012

“You think we can drink. Ooh, you ain’t seen nothing till you’ve seen a party of Thors locusting their way through the swim-up bar. The only difference is that when we get drunk, we like to catch a venereal disease. When they get drunk, they like to commit suicide.”
May 27, 2007 (subscription required)

“The Japanese have examined the simple water closet and decided that it could be improved with some electronics. The result, I’m afraid, is a disaster. It’s why the Japanese economy is now in such a mess: all their top people and scientists are stuck in their bathrooms, unable to wipe their bottoms.”
May 25, 2008 (subscription required)

“Since the Spanish have helped themselves to everything larger than a stickleback, all that’s left in our waters are a selection of aquatic insects.”
September 11, 2005 (subscription required)

“The Queen is German, the Archbishop of Canterbury is Welsh and if Prince Philip had not been in hospital we’d have had a Greek as well. The royal family is, in fact, a shining example of diversity at its absolute best.”
June 17, 2012 (subscription required)

“Have you ever shared a hotel swimming pool with a South African? What they like to do, and you’ve got to remember they’re all fairly big-boned, is climb to the top of the diving board and jump on your head. And as you helplessly flop about with a broken spine, the rest of their equally big-boned family hoots with derision and orders another round of Castle.”
May 27, 2007 (subscription required)

“If you get a job as a lion tamer or a shark juggler or an Australian, it is reasonable to assume that at some point in your career you will be eaten.”
January 15, 2012 (subscription required)

“In France you can’t walk for more than 100 yards without treading on a dog turd. Australia has too many dangerous animals. Germany has too much armpit hair. India needs a spring clean.”
April 15, 2012 (subscription required)

“In the past 200 years Australia has only invented the rotary washing line, and America’s sole contribution to global betterment is condensed milk.”
July 10, 2005 (subscription required)