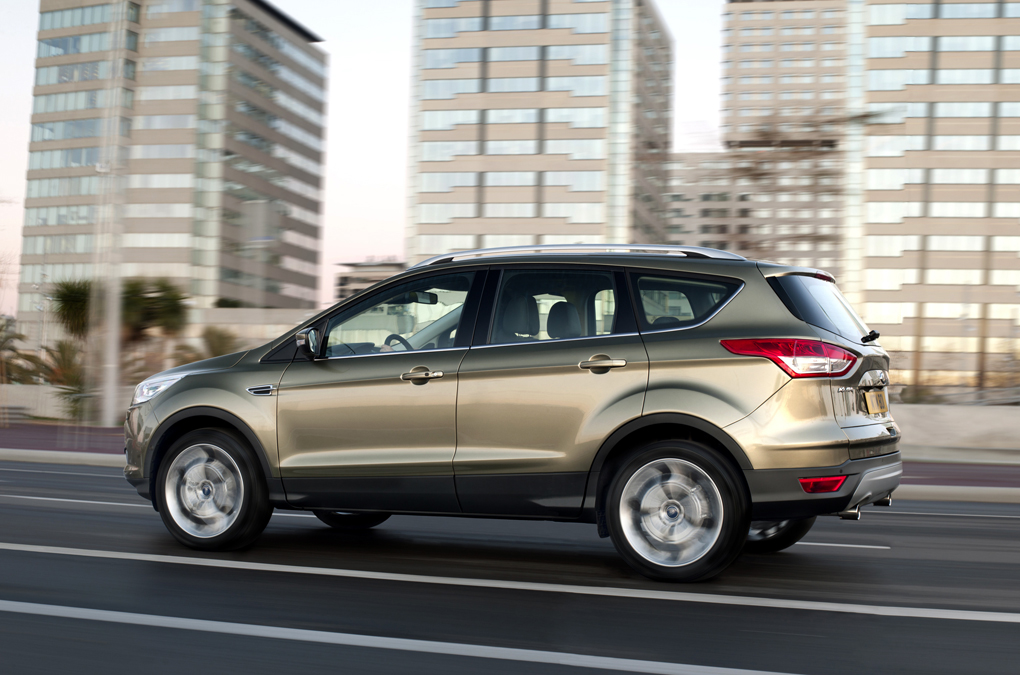 Pretty much every week we are told the best place in the world to live, work and raise a family is not St Tropez or Tuscany or California but . . . wait for it . . . drum roll . .  . Denmark. The reasoning behind this is always the same. There’s no crime, no unemployment, no obesity, no vandalism, no jealousy, no angst and no dog dirt on the pavement. However, the trouble with places where nothing bad ever happens is that nothing good ever happens, either.

Living in Denmark, I’ve always thought, would be like living in a ping-pong ball. It’s a missionary-position country, sitting in the kaleidoscope of nation states like a low-tar, semi-skimmed splodge of beige. What does it have that we are all supposed to covet? Extremely high taxes. Iffy weather. Lots of Lego to tread on in the middle of the night. And quite the worst pop music it is possible to imagine. The only Danish tune ever deemed good enough to be played on the international stage was Barbie Girl.

Search for and buy a Ford Kuga on driving.co.uk

And it’s all very well telling us we should live there but it has an immigration policy that prevents anyone from doing any such thing. I suspect even the Danes are baffled about why they keep being picked out as a shining example of humanity at its best. Just last week a newspaper in Copenhagen suggested it must be because, while cycling from place to place, visitors enjoy looking at all the pretty Danish girls’ bottoms. Well, after a quick visit last weekend, I can confirm it is right. It is that.

But there are other things, too. Lots and lots of other things. The best restaurant in the world is in Copenhagen, everyone looks like Helena Christensen, in smaller bars you are allowed to smoke, the bacon is superb and, despite the cold, there’s a thriving cafe society. Every modern building looks as if it were designed by Bang &amp; Olufsen. The water in the harbour is as clear as gin and the whole city even smells clean. It’s like breathing lemon juice.

In fact, I’ve decided that the world’s five best cities are, in order: San Francisco, London, Damascus, Rome and Copenhagen. It’s fan-bleeding-tastic. And best of all: there are no bloody cars cluttering the place up. Almost everyone goes almost everywhere on a bicycle. Now I know that sounds like the ninth circle of hell, but that’s because you live in Britain, where cars and bikes share the road space. This cannot and does not work. It’s like putting a dog and a cat in a cage and expecting them to get along. They won’t, and as a result London is currently hosting an undeclared war.

I am constantly irritated by cyclists and I’m sure they’re constantly irritated by me. City fathers have to choose. Cars or bicycles. And in Copenhagen they’ve gone for the bike. There are many reasons for this. In Denmark cars are taxed to the point where they are fundamentally unaffordable to everyone except Georg Jensen, Ron Bang and Colin Lurpak. A base-model Volkswagen Golf is more than £25,000. A Ferrari 458 Italia is about £500,000. A Range Rover is essentially a Fabergé egg.

Then there’s Denmark’s obsession with wind turbines. There are so many, it’s actually quite difficult to land an aeroplane. In fact, the Danes have run out of land on which to build them so they are hurling them up in the sea. This means that if you’re out sailing, you don’t tack because of the wind. You tack because you are on an obstacle course. This has given the Danes a sense that they are on point in the war against carbon dioxide, even though not a single conventional power station over there has been turned off yet.

I should also point out that, geologically, Denmark makes Holland look like Nepal. The whole country is on its tiptoes, just managing to peep out of the sea. Which means cycling is always easy. They have a liberal attitude to bikes as well. So when yours is stolen, you simply help yourself to someone else’s. You can actually be fined £55 if you ride home at night without stealing someone else’s lights before setting off.

Best of all, though, in Britain cycling is a political statement. You have a camera on your helmet so that motorists who carve you up can be pilloried on YouTube. You have shorts. You have a beard and an attitude. You wear a uniform. Cycling has become the outdoorsy wing of the NUM and CND.

In Copenhagen it’s just a pleasant way of getting about. Nobody wears a helmet. Nobody wears high-visibility clothing. You just wear what you need to be wearing at your destination. For girls that appears to be very short skirts. And nobody rides their bike as if they’re in the Tour de France. This would make them sweaty and unattractive, so they travel just fast enough to maintain their balance. The upshot is a city that works. It’s pleasing to look at. It’s astonishingly quiet. It’s safe. And no one wastes half their life looking for a parking space. I’d live there in a heartbeat.

But I don’t live there. I live in a country with Ben Nevis in it. And as a result we have to have cars. Which brings me on to the impressive-sounding Ford Kuga Titanium X, with a Duratorq engine and a PowerShift gearbox. This new addition to the Kuga line-up sounds like a tool for Clint Thrust, CIA agent, assassin and all-round soldier of fortune. It looks like one, too, with power bulges on the bonnet, chunky alloys and an aggressive, lean-forward, “Do you want a fight?” stance. It’s a car that in white would not look out of place on Martin Landau’s Moonbase Alpha in the Space 1999 television series.

But, actually, it’s a school-run mummymobile. Well, that’s what it’s supposed to be. But there’s no getting around the fact that while it appears to be a big, tall car on the outside, it’s titchy on the inside. This is a problem because any dog big enough to climb into the boot isn’t going to fit when it’s there. There’s another problem, too. The car I tested was priced, with options, at £31,840. That is a colossal amount of money, but despite this, it didn’t even have a sat nav system.

As a tool, it’s not bad at all. There’s a bit of wind noise and the tyres make a racket, but it’s comfortable and apparently well put together and what equipment you do get was plainly designed by someone who recognises the fact that not everyone in the world understands bits and submenus. It’s all very easy to use. But I kept asking myself: what’s the point? Because all you are buying here is a Ford Focus on stilts. It doesn’t drive as well as
a Focus, it uses more fuel, it costs a shedload more and there doesn’t seem to be an upside. Yes, some Kuga models come with four-wheel drive, but others don’t, so all you are doing is saying to Mr Ford, “Yes, I want a Focus, but can I spend a lot more on buying and running it, for no reason?”

In many ways, then, this car is like a Bang & Olufsen stereo. Humdrum innards, made appealing only by a bit of cunning styling. With the Kuga, however, the styling’s not quite cunning enough.

Search for and buy a Ford Kuga on driving.co.uk