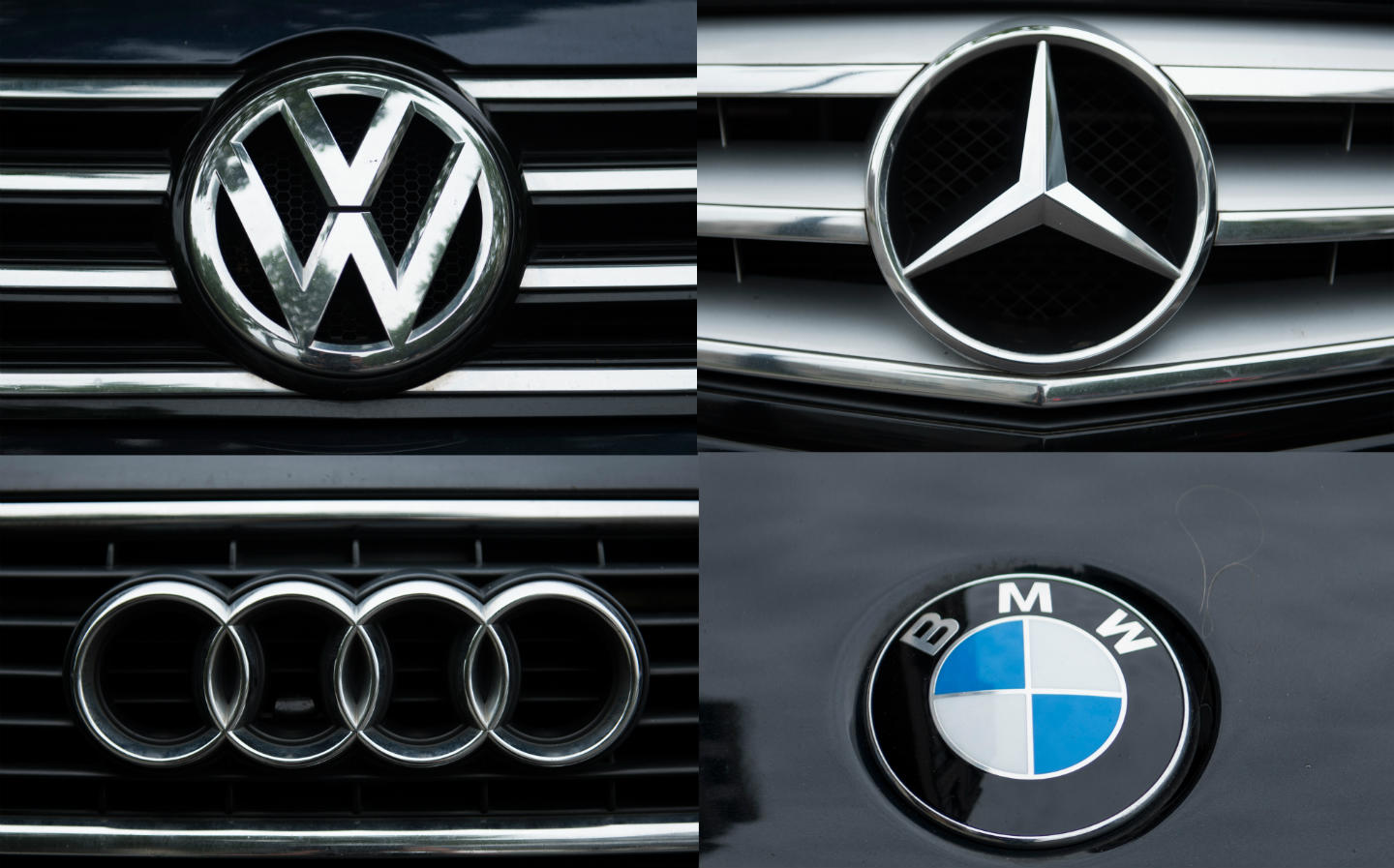 THREE German car making giants worked together to hinder the introduction of emissions-reducing technology, a European Commission report has alleged.

BMW, Mercedes-Benz’s parent company Daimler and the Volkswagen Group, which owns the Audi, Porsche and Volkswagen brands, colluded to “limit the development and roll-out of emission-cleaning technology” on their production cars, according to the European Union’s executive branch.

The report alleges that between 2009 and 2014, the three companies coordinated to delay or avoid adding particulate filters that would reduce harmful emissions from petrol engines, and from 2006 to 2014 colluded to limit the “exhaust gas cleaning effectiveness” of AdBlue; a chemical additive that is used to remove harmful nitrogen oxides from diesel exhaust.

If true, the car makers have broken EU competition laws that forbid companies from making “cartel agreements to limit or control production, markets or technical development”.

A final judgement on this preliminary investigation will be made at a later date. In the meantime, the European Commission has invited BMW, Daimler and Volkswagen Group to examine the investigation documents themselves and respond to its findings.

A severe punishment is possible if the three car makers are found guilty. According to the Commission, they could be forced to pay a fine equivalent to 10% of their annual global turnover if there’s “sufficient evidence” that they broke the law. In 2017, Volkswagen made $260bn (nearly £200bn) globally, according to Statista, which means the fine could be as much as £20bn. Daimler and BMW would faces fines of around £14bn and £8.5bn respectively.

“We are concerned that this is what happened in this case and that Daimler, VW and BMW may have broken EU competition rules. As a result, European consumers may have been denied the opportunity to buy cars with the best available technology.”

Daimler said it has been “cooperating extensively” with the Commission and does not expect to be fined.

BMW said that it considers the investigation to be “an attempt to equate permissible coordination of industry positions” with unlawful cartel behaviour. It added that talks with its rivals were intended to improve exhaust technology and did not involve any “secret agreements.”

Volkswagen Group said it would examine the complaints and respond at a later date.