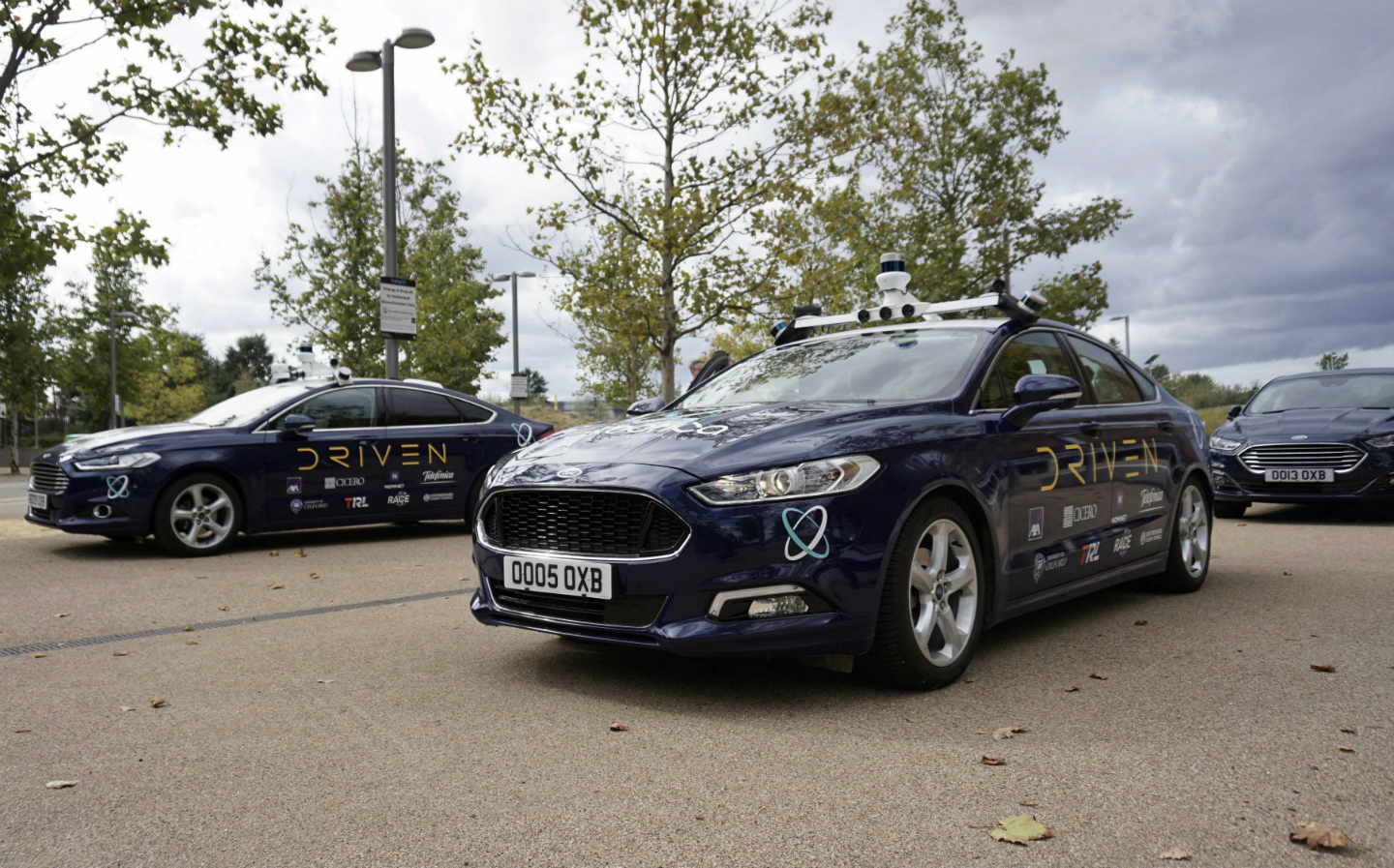 SELF-DRIVING taxis have hit the streets of London for the first time during a week-long trial in the capital.

The culmination of a 30-month development process lead by the government and industry-supported the DRIVEN autonomous vehicle technology consortium, the tests saw a collection of Ford Mondeo-based test cars complete short runs on a pre-programmed course on public roads through Stratford, in the east of the city, a short distance away from the Queen Elizabeth Olympic Park, venue for the 2012 Games.

While this isn’t the first time autonomous vehicles have been tested in an urban environment (the same self-driving research vehicles were put through their preliminary paces in Oxford earlier in the year), DRIVEN said these tests have been “the most ambitious” yet, due to the demands that come with driving in a megacity.

The trials weren’t completed in secret and away from prying eyes — the organisers allowed members of the public to be passengers in the self-driving cars as they made their way around Stratford’s streets.

The tech in the DRIVEN development cars is capable of level 4 autonomy (meaning the car can take full control, without human intervention, but only in designated areas), a human was on hand behind the wheel at all times, ready to intervene when necessary. The Department for Transport’s self-driving trial guidelines require “a driver or operator, in or out of the vehicle, who is ready, able, and willing to resume control of the vehicle”.

That is just as well — according to The Times newspaper, which joined the trial for a first-hand demonstration, the supervisor had to intervene when a pedestrian walked into the road.

Following the death of Elaine Herzberg in March 2018, who was struck by an Uber-operated self-driving Volvo XC90 test vehicle while pushing her bicycle across a main road in Tempe, Arizona, technology and road safety experts in Britain called for self-driving trials in Britain to be halted.

In the wake of the accident, Neville Stanton, professor of human factors engineering at Southampton University, told The Times that having an operator onboard is no guarantee that accidents can be prevented. “Humans are not good at extended vigilance tasks of this nature, and typically their minds can wander off,” he said.

However, the DRIVEN consortium claims the week-long tests in London on balance showed “autonomous vehicles can operate smoothly, safely and legally in complex real-life situations” and “exceeding the initial plan in terms of complexity and achievement”.

George Freeman, the transport minister, said: “Self-driving technology has the scope to revolutionise the way people travel, with potentially profound benefits for road safety, accessibility and ​convenience. ​We want to drive the roll-out of self-driving vehicles and continue to support innovators developing this ground-breaking technology.”

While the government has said it wants fully self-driving vehicles on UK roads by 2021, it’s unclear if the autonomous technology will be mature enough by then to be used on a day-to-day basis. Industry experts argued in 2019 the UK’s autonomous ambitions were being held back by pot hole-riddled roads and poor 4G connectivity, and in 2018 a self-driving tech consortium said motorists may need to pass “a new type of driving test” before getting behind the wheel of an autonomous car.

Despite the setbacks, some car companies are intent on ensuring their vehicles will have self-driving capabilities by the UK government’s 2021 target. Volvo has said it expects to launch its first autonomous vehicles within the next two years, and Tesla chairman Elon Musk claims his company could start selling cars without steering wheels or pedals as early as 2021.