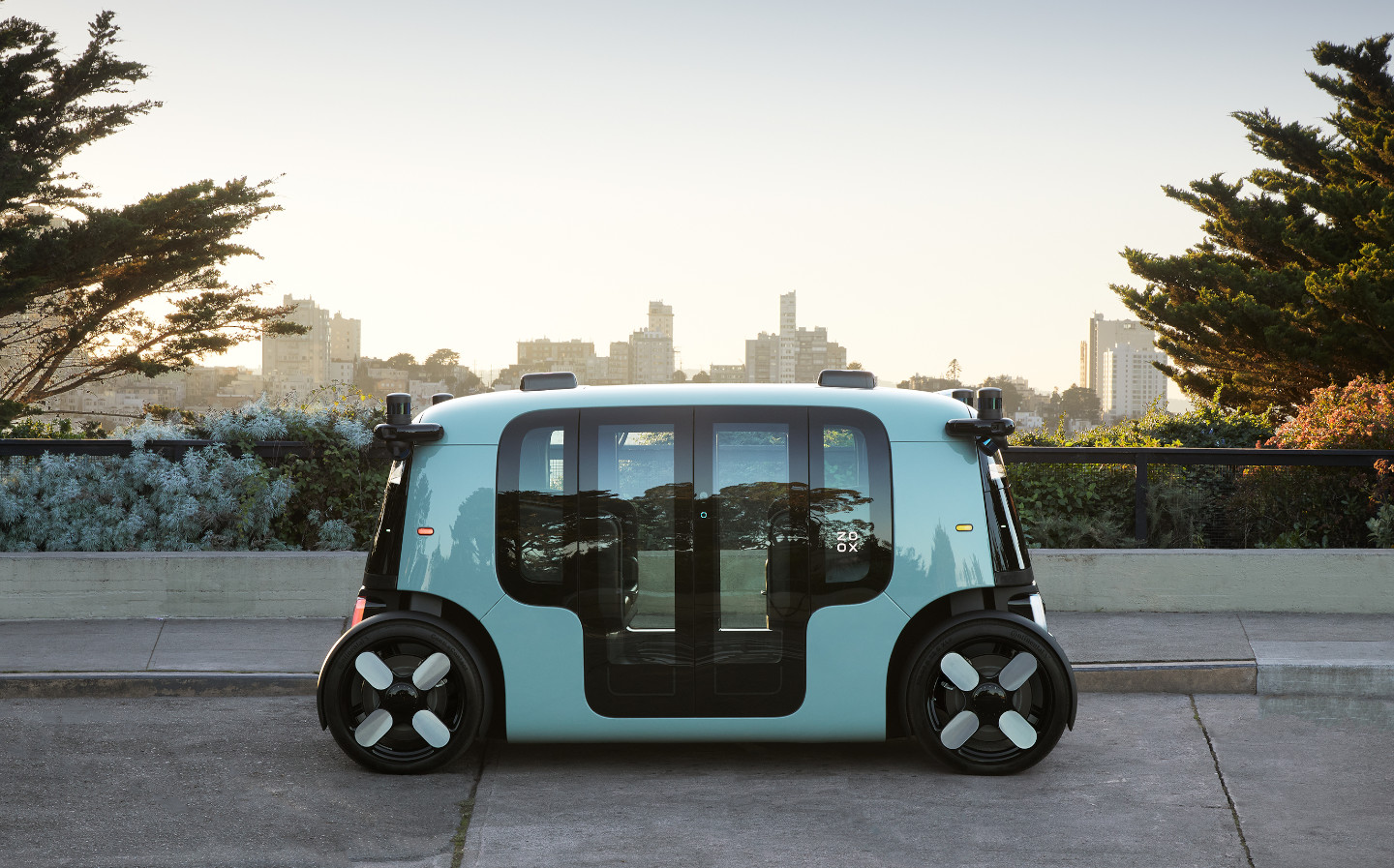 The “Robotaxi” is 3.63 metres in length, making it only slightly longer than a Fiat 500 city car, but is designed to seat four adults in comfort. With no steering wheel or controls, passengers sit facing each other in the pod. 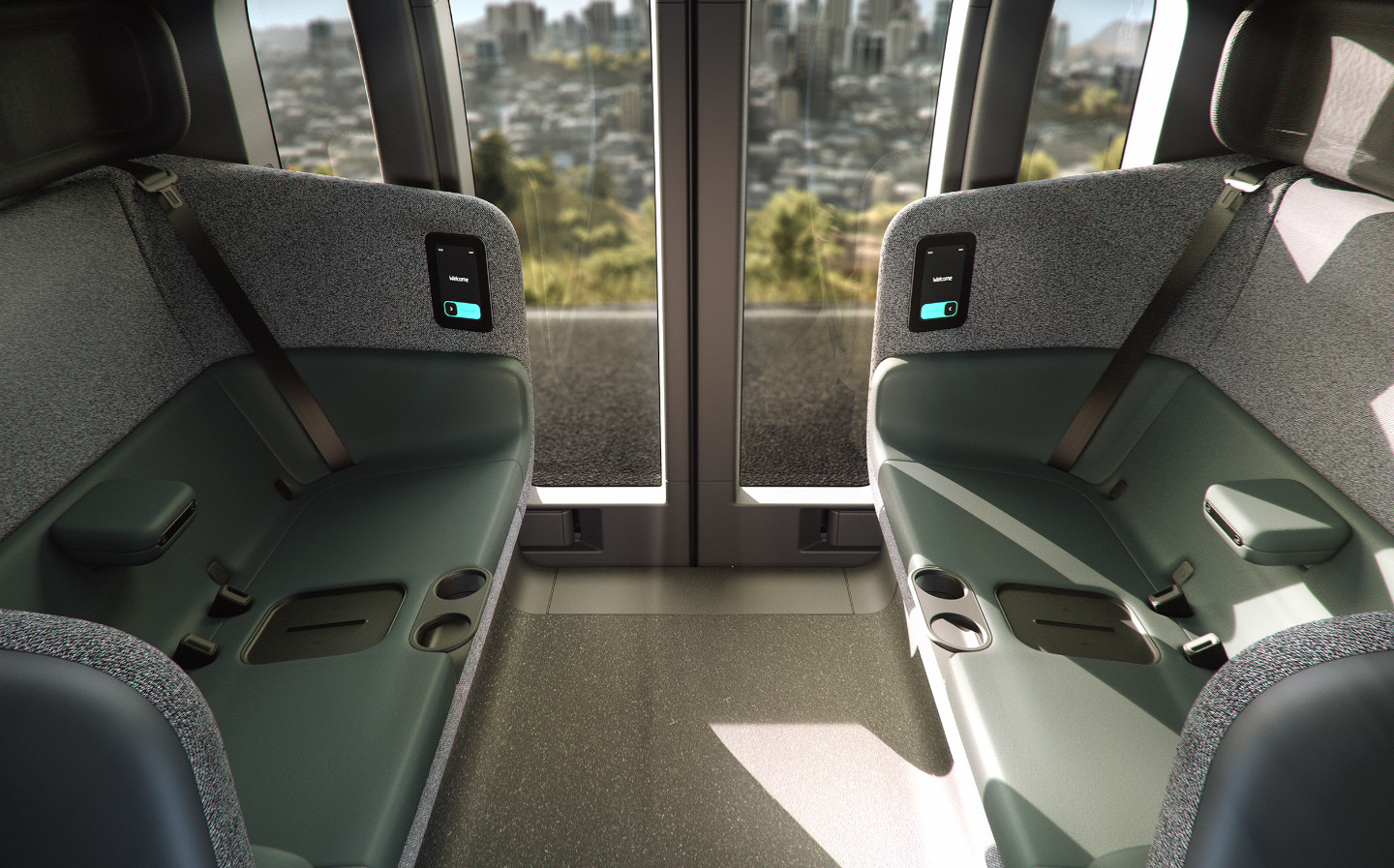 This completely symmetrical design makes the vehicle “bidirectional”, meaning that the car can move in either direction without the need for a reverse gear — making it the perfect vehicle for urban environments, according to Zoox.

Other features that add to the robotaxi’s urban credentials include four-wheel steering, as well as a network of cameras and sensors that offer a 270º view of the car, eliminating blind spots and making it easier to track cyclists and pedestrians travelling beside it.

It is fully electric with a 133kWh battery, one of the largest-capacity units available in any electric car — for comparison, a standard Nissan Leaf uses a 40kWh battery and the largest Tesla batteries are thought to be around 100kWh. According to Zoox, the Robotaxi’s large battery pack will enable it to operate continuously for 16 hours without having to stop and recharge.

A 75mph top speed indicates that Zoox intends for its Robotaxi to be able to travel on motorways and other high-speed roads, as well as around town.

Zoox has heavily emphasised the safety credentials of its electric vehicle, claiming it has “more than 100 safety innovations not found in conventional cars”. Its press release did not expand further on this claim except to say that one of the hundred safety innovations includes an airbag system that is designed exclusively for bi-directional vehicles, and that the four-seat carriage layout envelops passengers, making it equal to “five-star crash safety protections for all four seats”.

The Robotaxi, which will be manufactured in the USA, where Amazon is based, has reportedly passed key parts of the American Federal Motor Vehicle Safety Standards test.

It was reported in June this year that Amazon would buy Zoox in a deal worth more than $1bn (£750m). The company, which was founded in 2014, still operates as a standalone subsidiary and is testing its vehicles in Las Vegas, San Francisco and Foster City, California. It has not been revealed when the company’s Robotaxis are intended for wider release.

Aicha Evans, CEO of Zoox, commented: “Revealing our functioning and driving vehicle is an exciting milestone in our company’s history and marks an important step on our journey towards deploying an autonomous ride-hailing service. We are transforming the rider experience to provide superior mobility-as-a-service for cities.

“And as we see the alarming statistics around carbon emissions and traffic accidents, it’s more important than ever that we build a sustainable, safe solution that allows riders to get from point A to point B.”

The reveal of the Robotaxi comes just a week after it was announced that Uber would offload its self-driving taxi project to a Silicon Valley rival.