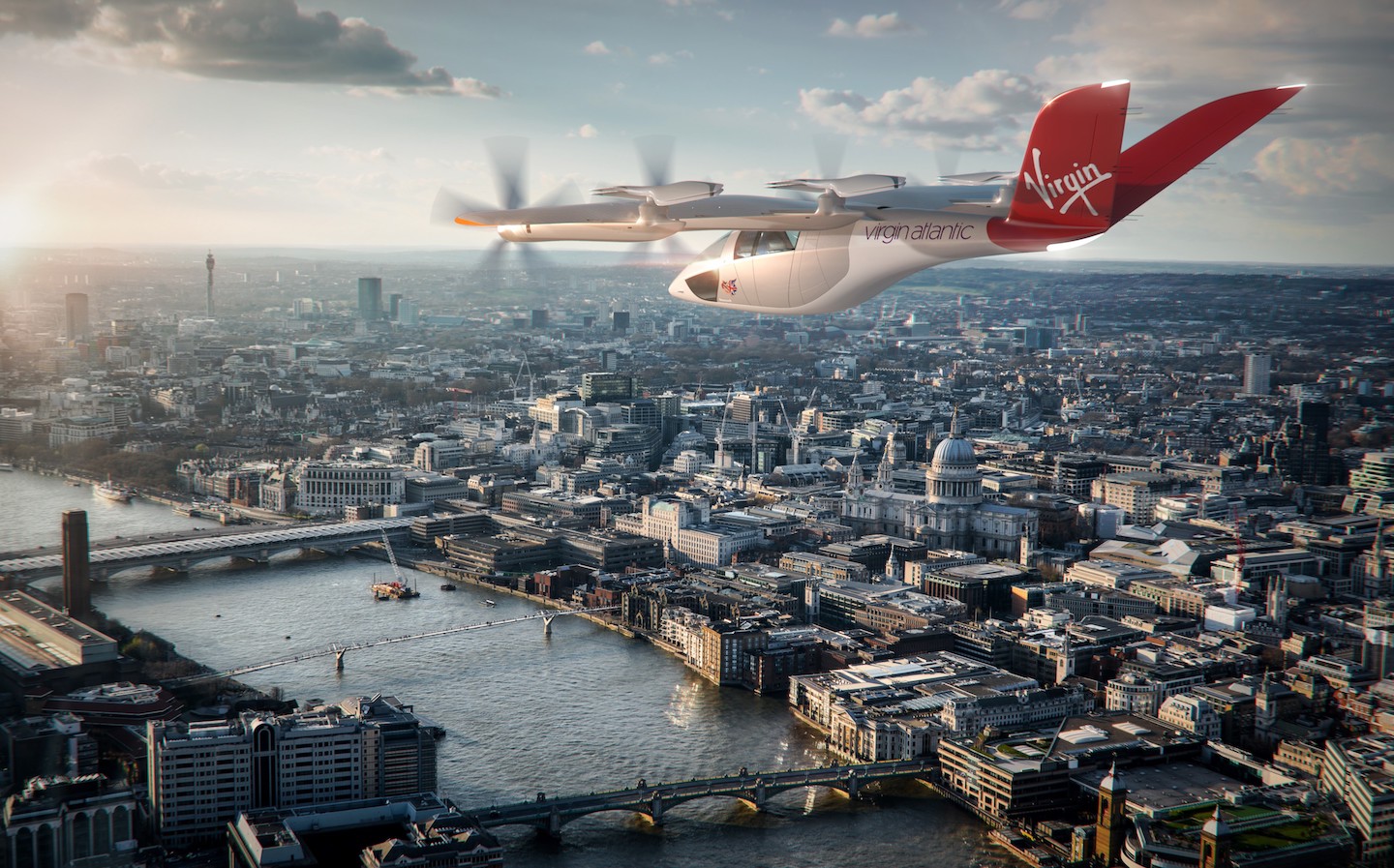 A new consortium launched at the Farnborough Air Show today (July 18) could begin trials of a flying taxi service operating between UK airports and city centres by 2024.

Atkins will lead the consortium and is responsible for the technical management of the initial two-year programme.

According to the group, initial test flights will be conducted at private airfields before flights begin between Heathrow and Bristol airports, and as yet undecided “vertiport” locations to be constructed by consortium partner Skyports, in early 2024.

Other flights between Bristol airport and an undisclosed vertiport location around 30 miles away will also demonstrate a “more rural use case”.

Gary Cutts, a director at UK Research and Innovation, is overseeing the Future Flight Challenge and said the project would put Britain at the global forefront of the zero-emission air travel of the future. Its plan “sets out how air taxis could be in use in the UK by 2030, but a lot needs to occur for that to happen,” he said.

“By bringing technical developments from across the aviation industry together into one network, and undertaking early demonstration in the real world, the Advanced Mobility Ecosystem Consortium could accelerate the timescale for AAM introduction by years.

“This project could revolutionize travel, not just in the UK but around the world.”

Bristol-based Vertical Aerospace intends to start test flights with the first VX4 prototype later this year, and the launch of the Heathrow trials will roughly coincide with the type certification of the new aircraft. It is capable of flying up to a range of more than 100 miles and at a cruising speed of 202mph, according to the manufacturer.

Interest in Vertical’s eVTOL aircraft has been strong, with American Airlines having placed orders and deposits for 50 VX4s, with the potential to order another 300. Another conditional pre-order for 50 aircraft came from Belgian business jet operator FlyingGroup.

Vertical claims it now carries an order backlog of up to 1,400 VX4s between all its customers, potentially worth around £4.7bn.

Earlier this year, another UK start-up in the eVTOL field, Urban-Air Ports, announced plans to open 200 flying taxi and cargo drone hubs in 65 cities globally over the next five years. The company, backed by Supernal, an eVTOL subsidiary of Hyundai, opened its first vertiport hub in Coventry in April as part of a one-month trial.

Both Urban-Air Ports and the new Advanced Mobility Ecosystem Consortium will be hoping to ride the wave of interest in what could be an important emerging sector, with the eVTOL market expected to grow rapidly in the coming years; some reports suggest year-on-year market growth of around 9% to reach a value of £9.4bn by 2027.

The market research company Frost & Sullivan predicts that by 2040 there will be 430,000 eVTOL aircraft in the air around the world, by which point, others say, the market could be worth well over £20bn.

Not a straightforward flight path

There are still hurdles in the way, though. While the European Aviation Safety Agency (EASA) has drafted guidelines that could allow heavier eVTOL aircraft to take to the skies over Europe in the coming years, the Civil Aviation Authority (CAA) in the UK has not yet formally certified the technology.

However, industry insiders hope the aircraft could be more widely permitted for use here by 2024. In this case, the involvement of NATS in the Advanced Mobility Ecosystem Consortium could be helpful to not only the project itself but also the development of regulations around eVTOL use in the UK generally.

The announcement of the flying taxi project comes as the business secretary, Kwasi Kwarteng, today announced £273m of government and industry money aimed at providing funding for solar-powered aircraft, drones carrying medical treatment or providing motorway monitoring, and hydrogen and battery technology for a new generation of green aircraft.

The announcement will also include a “drone ambition statement”, outlining government plans for the use of small commercial unmanned aircraft.