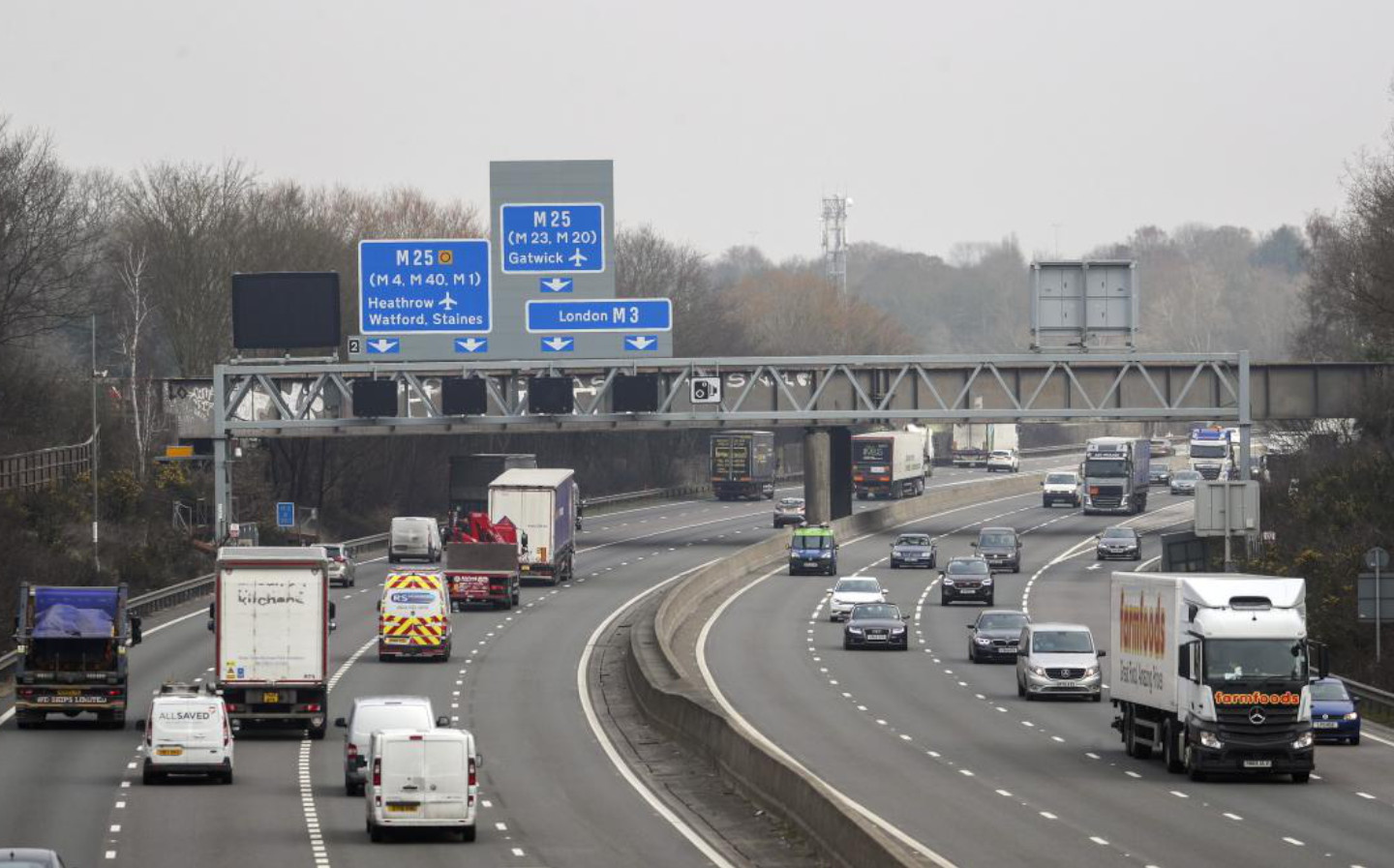 THE DEVELOPMENT of a new smart motorway across the Pennines has been paused after a retired vicar threatened a legal challenge, and it could affect the road network’s rollout elsewhere.

Mark Coleman, from Rochdale, has argued that Highways England, which oversees the management and maintenance of the UK’s motorways, should be required to carry out an environmental impact assessment before it can convert 19 miles of the M62 between Rochdale and Brighouse. The project is expected cost £392m.

The legal challenge has brought into question the legitimacy of the UK’s other smart motorways, as well as plans announced by Transport Secretary Grant Shapps last year to convert seven more stretches of highway into smart motorways by 2025.

Coleman said: “We must cut carbon dioxide emissions quickly and cannot have the government expanding motorways and increasing traffic and carbon in an ‘under the counter’ manner.”

All lane running (ALR) smart motorways do away with hard shoulders in order to add an extra lane for traffic, thereby improving traffic flow. Variable speed limits and lane closures are managed by overhead gantries, while emergency refuge areas are installed at regular intervals.

The government has claimed since their introduction that they are safer than traditional motorways, but ALR motorways have caused controversy: a coroner called for a review of their rollout after two men died on a stretch of the M1 near Sheffield, while legal action has already been threatened due to perceived safety concerns.

In March, the government announced a raft of improvements for smart motorways designed to improve public confidence in them. Introducing the measures, which included the abolishment of roads with confusing “dynamic hard shoulders”, Shapps said: “Though all motorways — smart or conventional — are far safer than A roads, I have been greatly concerned by a number of fatal incidents on smart motorways. My thoughts are with the families of those who have died.”

However, concerns also exist over the environmental impact of the roads. According to environmental campaign group Transport Action Network, the conversion of the seven new smart motorways would cause a further 7.9 million tons of carbon dioxide to be emitted into the atmosphere, alongside the motorway’s existing emissions.

The work on the M62 is expected to account for around 1.3 million tons, or 16% of the emissions, The Times reported. The increased emissions are reportedly caused by the extra traffic generated when the hard shoulder is converted into an active lane.

The government has previously been accused of bringing in smart motorways “by stealth”. Most are built using the power of permitted development, which allows construction to begin without the need for an environmental impact assessment. Only one motorway, the M4 between London and Reading, required planning permission, due to the need for extra land in construction.

Highways England has now withdrawn its plans for the conversion of the M62 into a smart motorway but said it does not expect the environmental impact assessment to delay the planned beginning of construction in 2023.

David Bray, of Highways England, told The Times: “Withdrawing this document is not an admission of unlawful behaviour. We have taken this action to provide extra assurance that assessments made during the scheme’s development are still appropriate.”