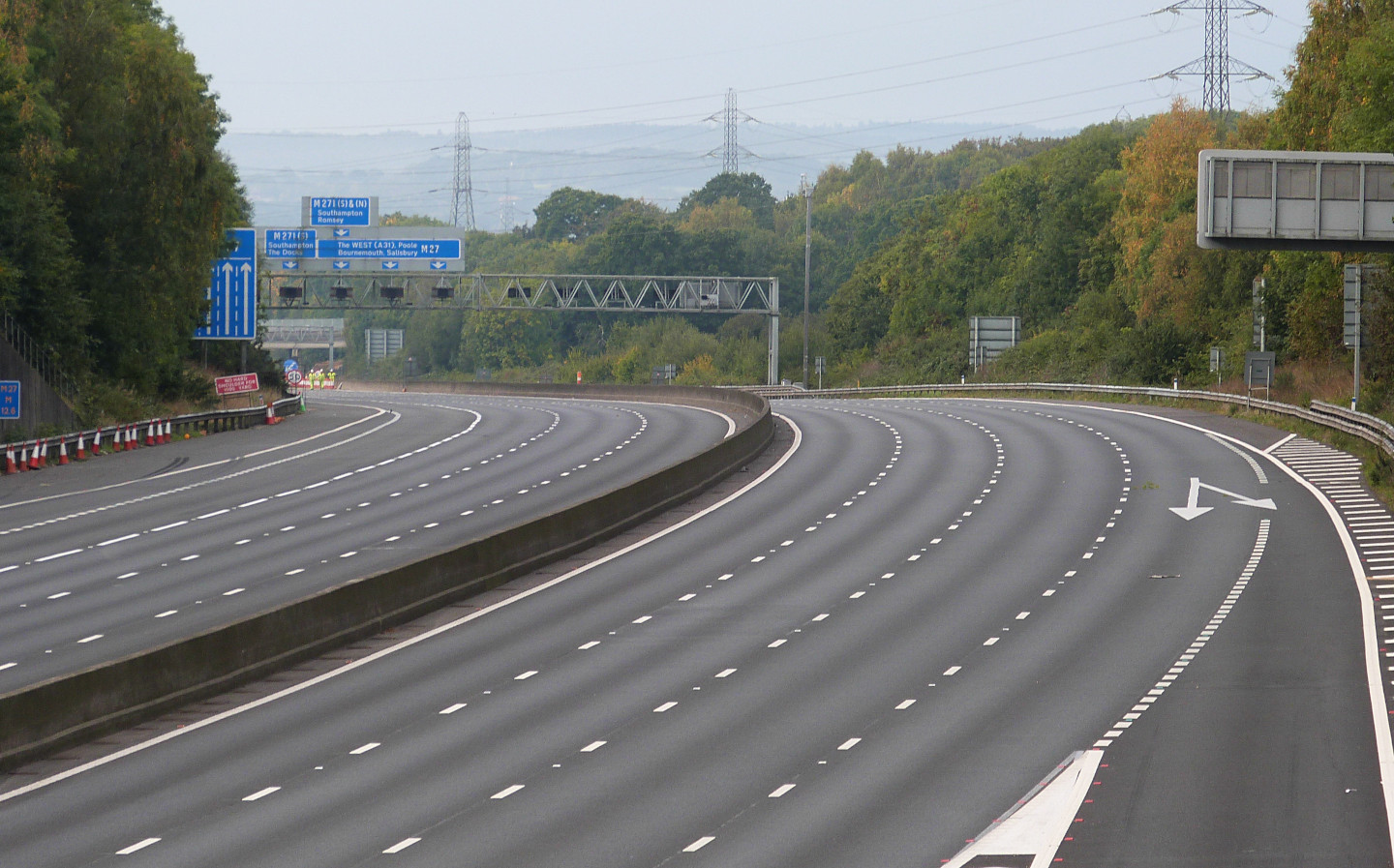 EVERY NEW section of smart motorway designated as “all-lane running” (ALR) must include technology that can automatically spot broken down cars and close blocked lanes, the UK government has announced.

All-lane running smart motorways do away with hard shoulders in order to reduce congestion. They include emergency refuge spots for broken down cars at regular intervals of up to 1.55 miles apart as standard, though Highways England has said it will install them every mile “where applicable”.

Traffic speed and flow is controlled via digital gantries, and individual lanes cancel be marked as closed with a red cross. It is illegal to drive in one marked as such.

Todays announcement comes as part of a government effort to make Britain’s drivers feel safer on the highways. The use of smart motorways has been controversial since their introduction, with a number of high profile accidents linked to their design. In June 2019, two men died after they stopped on a smart motorway section of the M1 following a minor accident and their cars were hit by a lorry.

Helen Smith, a specialist lawyer at Irwin Mitchell representing Claire Mercer, wife of one of the victims, Jason Mercer, said: “The issues around smart motorways safety are well documented and the need for change is obvious. We will now fully scrutinise the detail of this announcement and whether these proposals go far enough or whether potential legal action is necessary.

“We’re determined to support Claire in her campaign to improve safety on smart motorways.”

The new safety tech is designed to spot cars that have broken down in active lanes as quickly as possible, so that the lane can be closed. The rollout of the system was announced in March 2020, but in January 2021 it was reported that it had only been installed on 37 miles of the smart motorway network.

Transport Secretary Grant Shapps said: “Despite the data showing that fatalities are less likely on all-lane running motorways than on conventional ones, this doesn’t mean all drivers necessarily feel safe on them.

“That is why I tasked Highways England last year with delivering an action plan to raise the bar on safety measures even higher. This progress report shows the extensive work already carried out, but we want to do more.”

The government also said it will upgrade cameras used to spot motorists driving in closed lanes ten months earlier than planned, so that they can help prosecute motorists who ignore the instructions of overhead gantries.

It was reported in March that around half of these cameras were not operational, which is leading to motorists escaping punishment for traffic offences. Highways England previously said that it did not expect all cameras to be operational until July 2023, indicating that the government now expects them to be in working order by autumn 2022.

An update to the Highway Code that will provide more guidance on driving on high-speed roads has also been brought forward, and will be published this year instead of in 2022.

Despite the amended timeframe, The Transport Select Committee, which is currently in the midst of an enquiry into smart motorways, has criticised the government for what it deemed a failure to improve smart motorways in a timely manner.

“We will look closely at today’s announcement from Government that Smart Motorway construction will continue,” said Huw Merriman MP, chair of the committee. “We will consider the evidence basis on which it’s been made.”

“Our prior report from 2016 made it quite clear that we challenged the safety and roll-out of Smart Motorways. The safety enhancements and reassurances given to us by Highways England in 2016, and in subsequent years, do not appear to have been delivered in full.
“For example, in 2016 we were told that stopped vehicle detection technology would be introduced ‘going forward’ for new Smart Motorways and would be retrofitted for the stretches of Smart Motorway already in place.
“To hear this same commitment today, five years after it was first suggested, begs the question as to why these safety enhancements haven’t been made more quickly. The Government should be prepared to keep an open mind to the recommendations which come forward from our inquiry.”

Nicholas Lyes, RAC head of roads policy, praised the introduction of SVD on all new stretches of smart motorway, but also criticised the lengthy timeframe on which some changes could be made.

“We welcome the government’s commitment that no smart motorway will open without the important stopped vehicle detection technology as this should improve safety significantly,” he said.

“While it appears good progress is being made on implementing some of the changes the government promised last year, we are concerned that drivers will still need to wait up to 18 months before all cameras are enforcing ‘red X’ lane closed signs.

“Enforcement is vital in getting all drivers to obey these signs as anyone who disregards them is at a much greater risk of being in collision with a stranded vehicle.

“With the government seemingly committed to all-lane running smart motorways, it is imperative they’re made as safe as possible by using all the technology and highway design features at their disposal.”