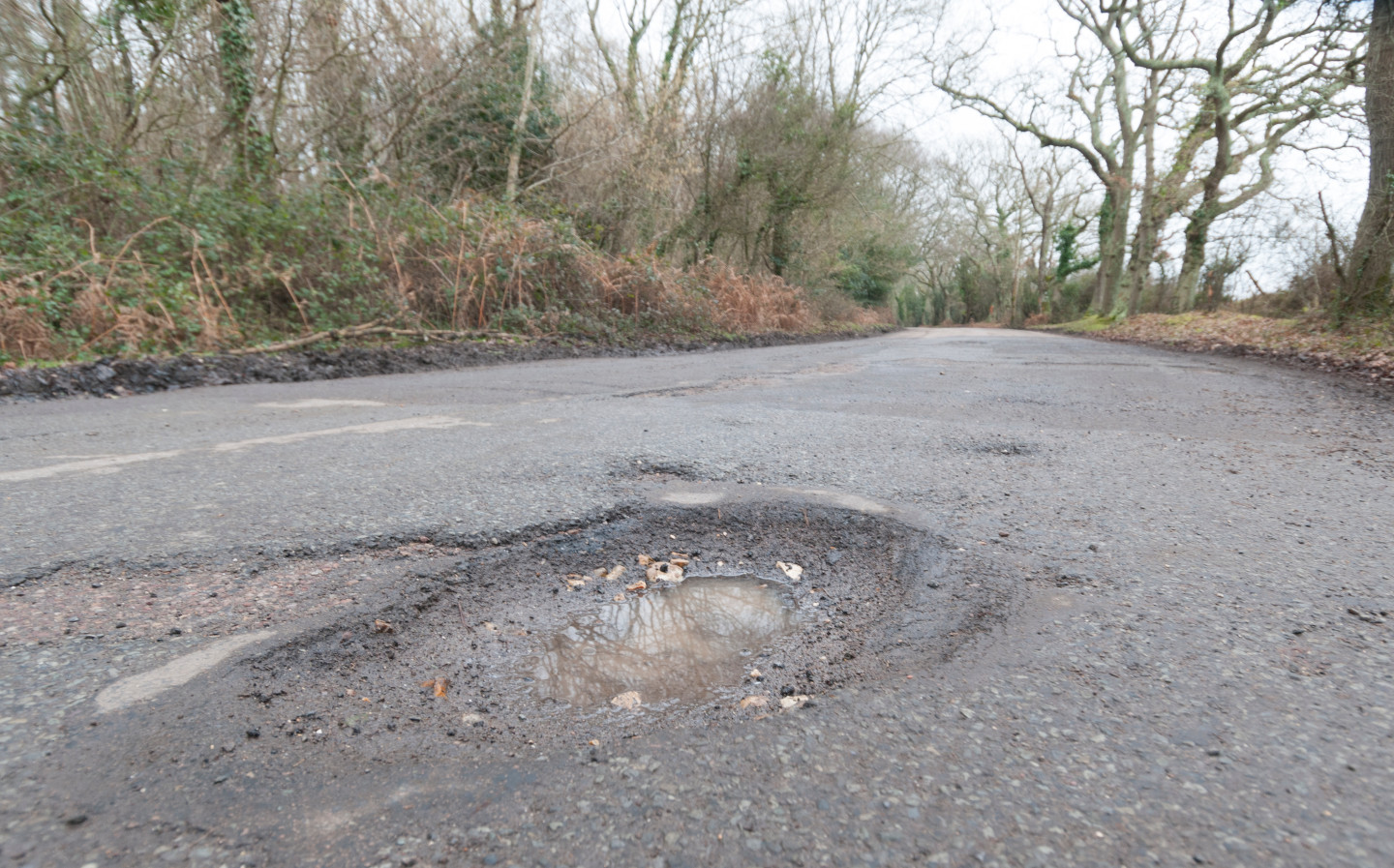 STORMS at the beginning of the year have contributed to an spike in pothole-related breakdowns, according to new statistics.

Drivers in the first quarter of 2020 were also 1.6 times more likely to suffer a breakdown due to a pothole than they were during the same period in 2006, according to RAC data.

The 4.5% year-on-year rise is all the more surprising given that the last nine days of March were under coronavirus lockdown, meaning that there was a dramatic drop in the number of cars on the UK’s roads.

The RAC attributes the rise in the number of potholes to storms Ciara and Dennis, which wreaked havoc in mid-February. Storm Ciara hit the UK on February 9 with heavy rain and winds of up to 80mph, causing flooding and damage to travel networks, with widespread disruption. Dennis affected the country the week after, intensifying the problems from the week before.

RAC head of roads policy Nicholas Lyes said: “Many parts of the country suffered very wet weather conditions throughout February, though the winter overall was generally mild. While the wet conditions mercifully gave way to much drier weather as we headed into March, it’s still likely that the storms and floods were major factors in why the number of pothole-related breakdowns was higher than the same period last year.”

A study in February found that, without intensifying government intervention, the number of potholes across the UK could rise by 16% over the next decade. Separate research from the beginning of the year found “huge disparities” in the repair funds to which local councils have access, with London receiving a disproportionate level of road maintenance allowances.

Local councils have seen funding for local services cut by 60% over the last decade, a problem compounded by being forced to pay compensation to pothole damage victims, which came to approximately £3m in 2017-18.

However, chancellor of the exchequer Rishi Sunak announced a large road repair plan as part of the Budget announcement back in March. As well as pledging £27bn for “new tarmac” (roads and motorways), he announced a £2.5bn specifically to target potholes — £500m per year over the term of the parliament.

It is unclear what effect the Covid-19 coronavirus outbreak will have on the Budget, though billions of pounds have been set aside to support businesses and citizens, meaning it is likely changes will have to be made to the government’s original spending ambitions. In addition to the spending schemes to keep small businesses afloat, furlough workers, and invest in medical equipment and virus testing, it is estimated that the country’s Gross Domestic Product (GDP) could drop by as much as 35%.

Lyes said: “The last thing any driver needs on the way to do their essential weekly shop is to suffer a nasty pothole-related breakdown that puts their car out of action, especially with fewer garages open than usual. This means the quality of local roads is, ironically, as important as ever.

“In his Budget in March, the chancellor committed to funding our local roads and it is clear that the economic recovery as the UK emerges from the Covid-19 pandemic will need to be built on solid infrastructure – which of course needs to include good quality roads.”