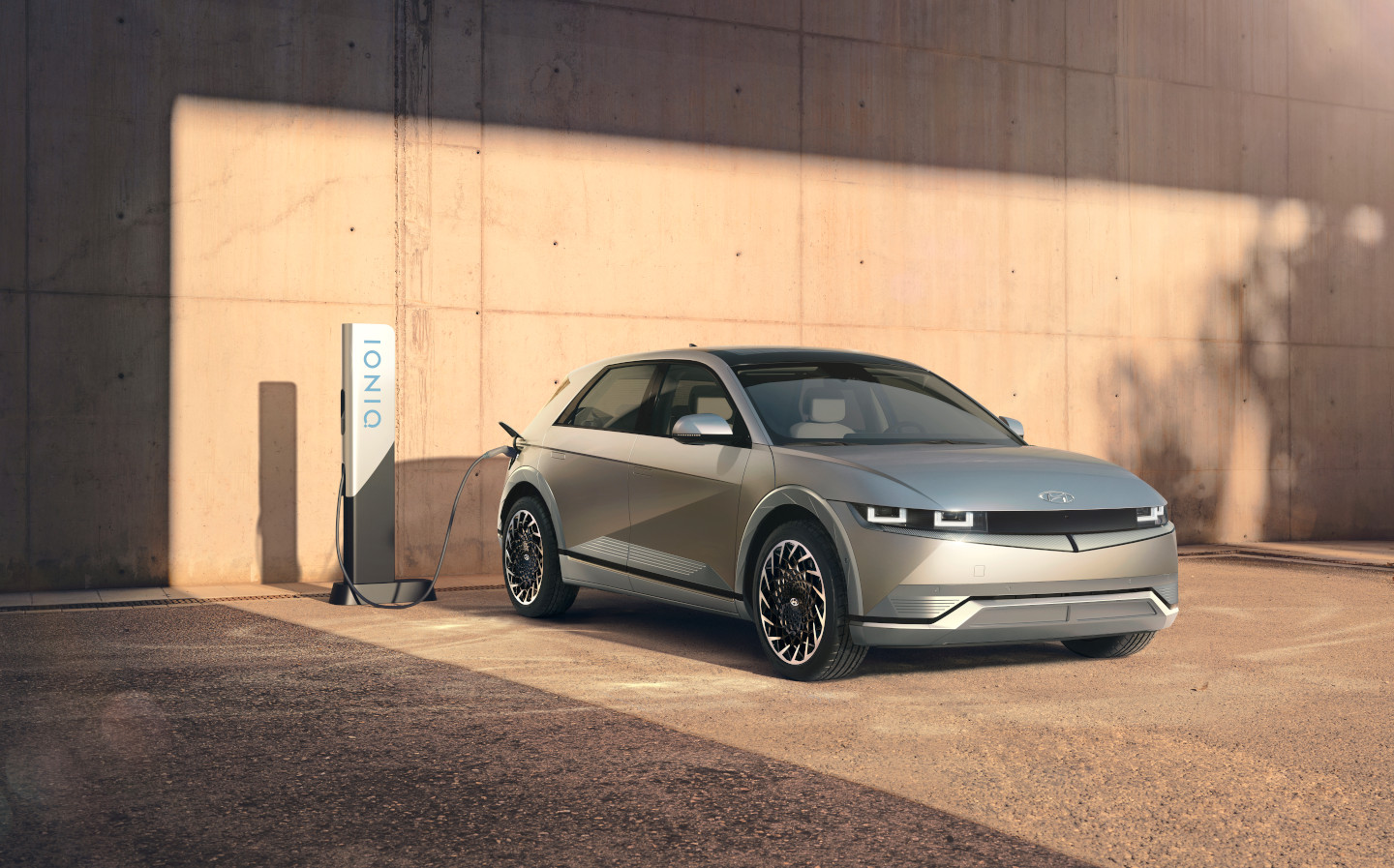 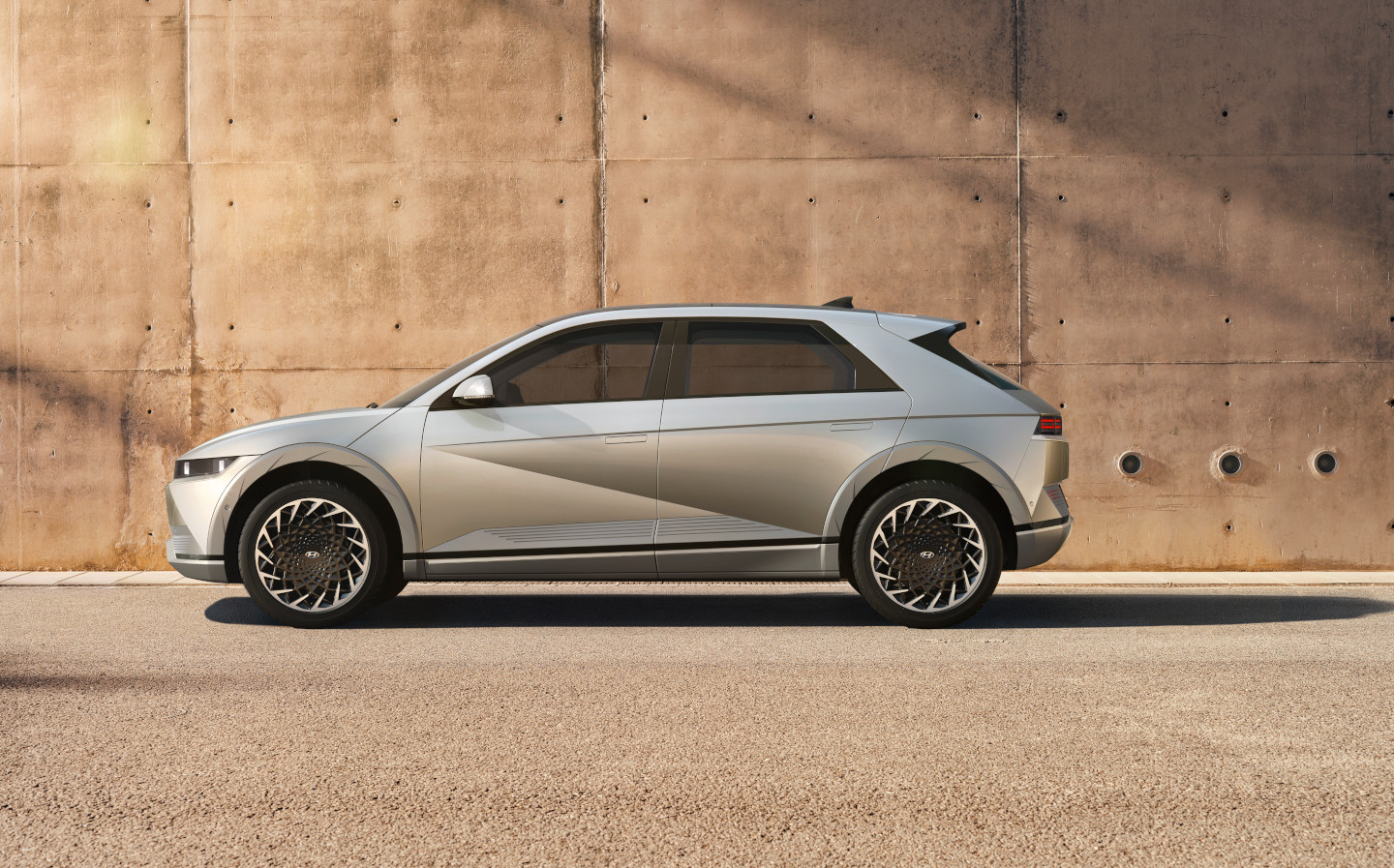 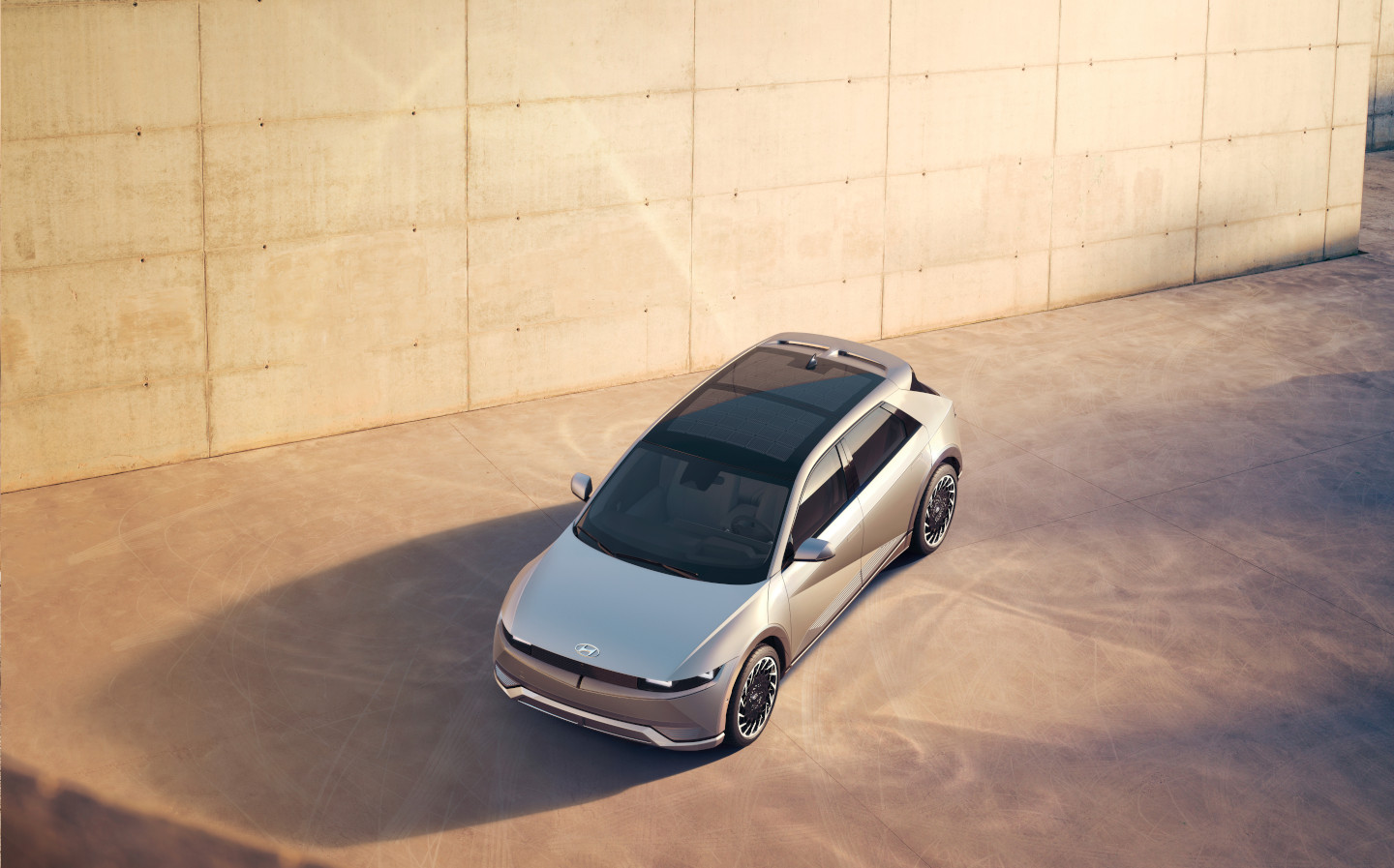 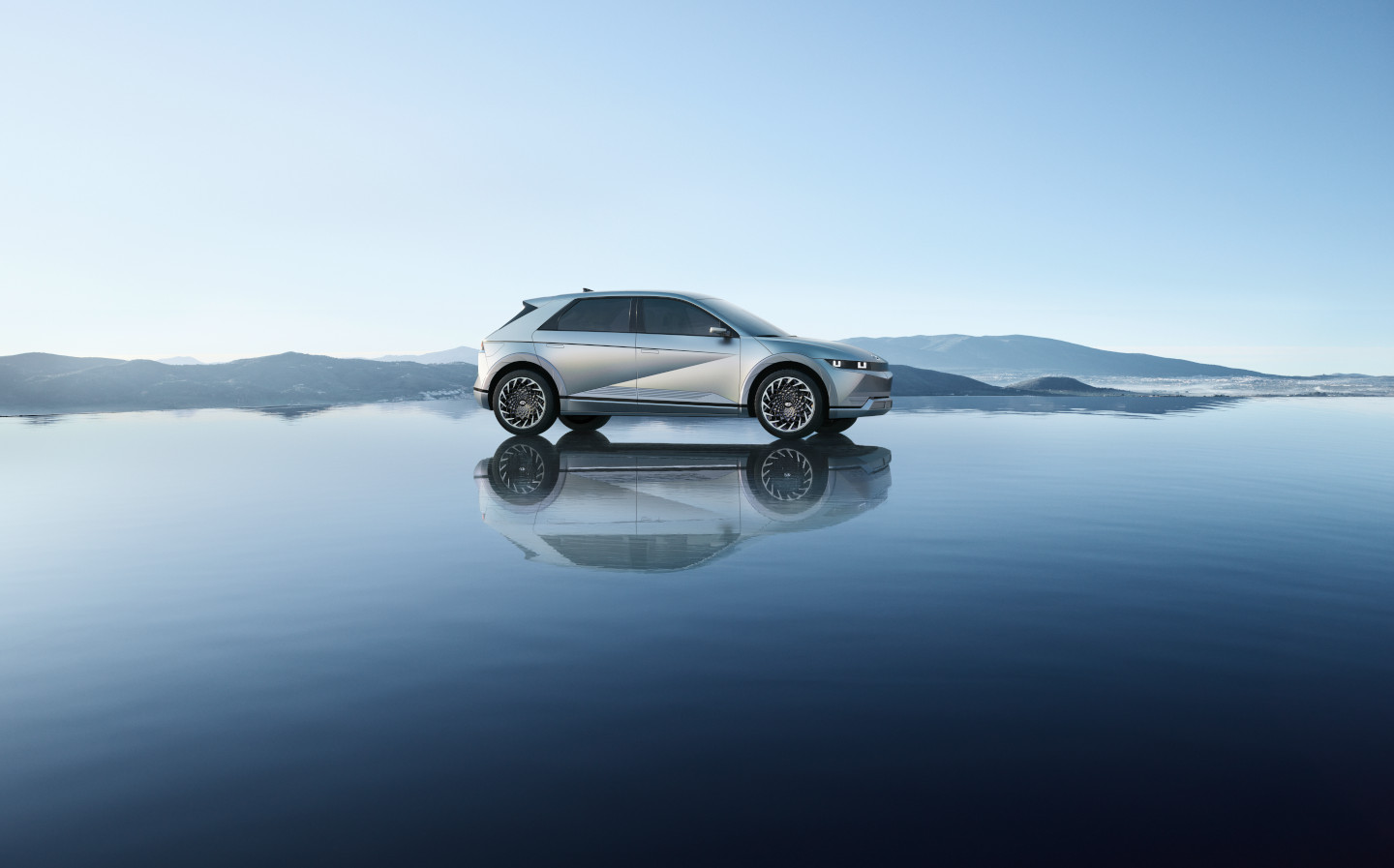 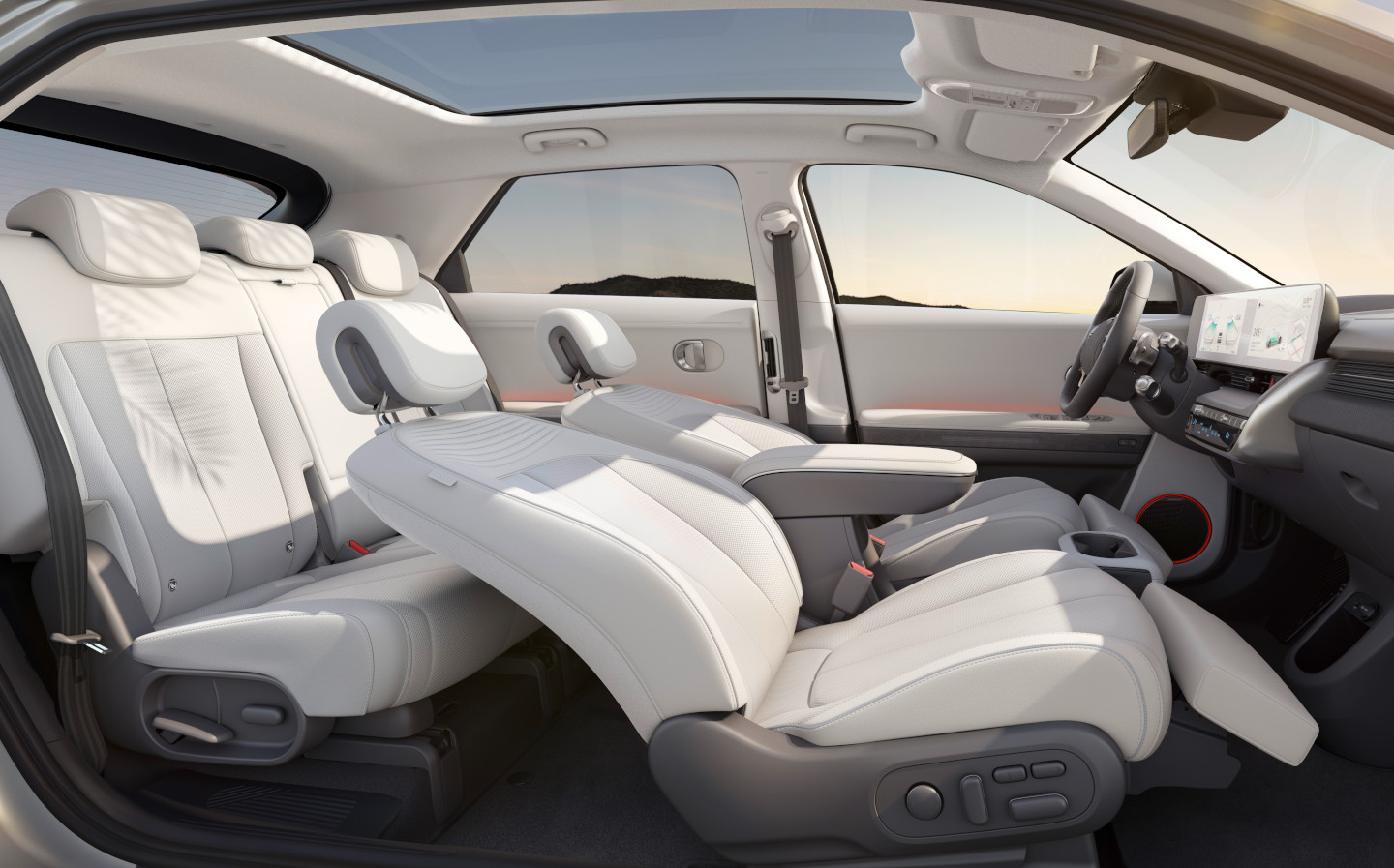 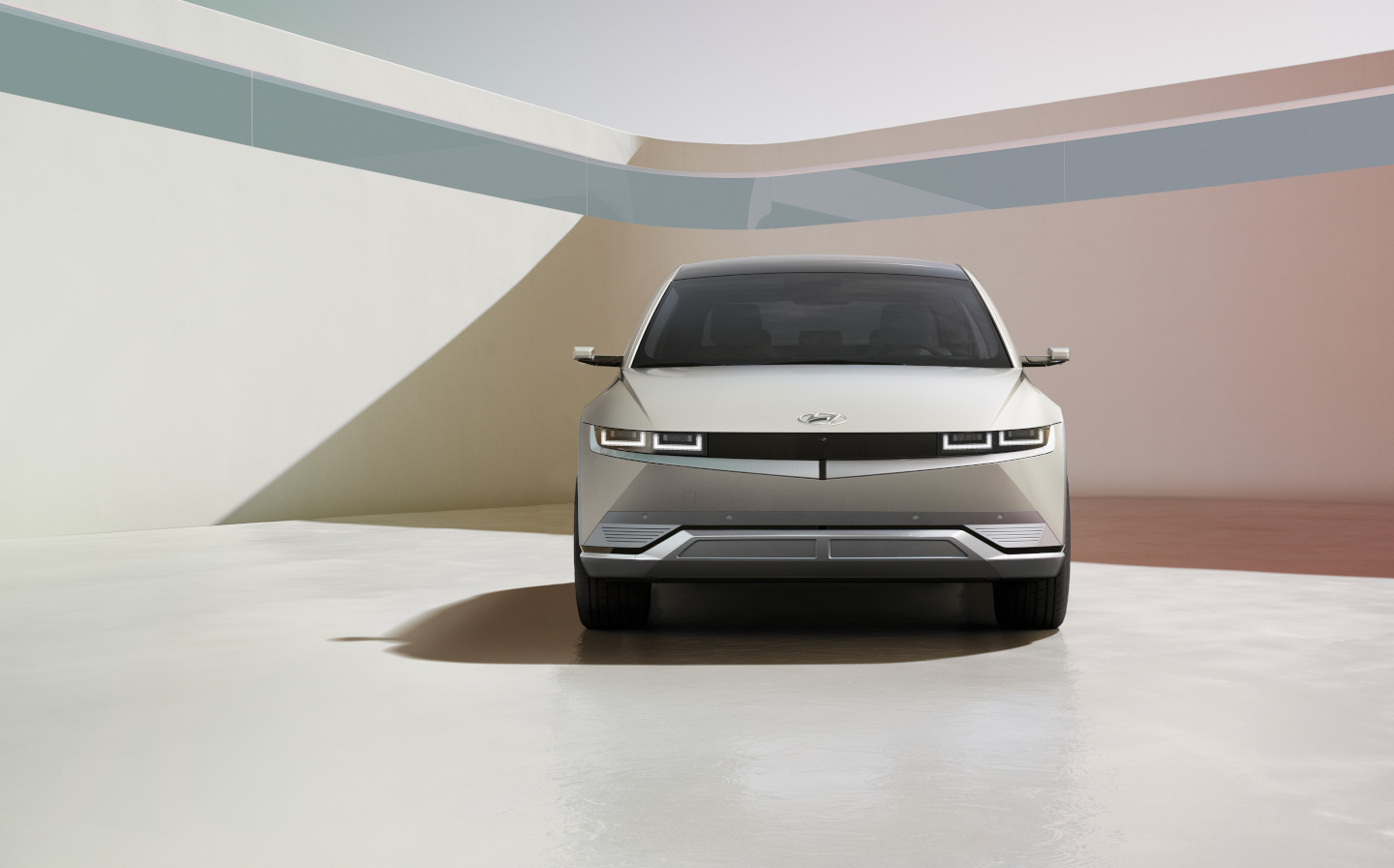 The Ioniq 5 is by no means the first electric car that Hyundai Motor group, which includes the Kia brand, has released — see the Hyundai Ioniq Electric and Kona Electric, as well as the Kia Soul EV and e-Niro, for example — but it is the first developed from the ground up as an electric vehicle, and marks a definite milestone in Hyundai’s history. The Ioniq 5 is the first of 12 electric models due to be released by Hyundai over the next four years.

The next will, unsurprisingly, be the Ioniq 6 and Ioniq 7. The Ioniq 6 will be a four-door, four-seat coupé based on the stunning Prophecy concept that Hyundai showed last year, while the Ioniq 7 will take the form of a large SUV. 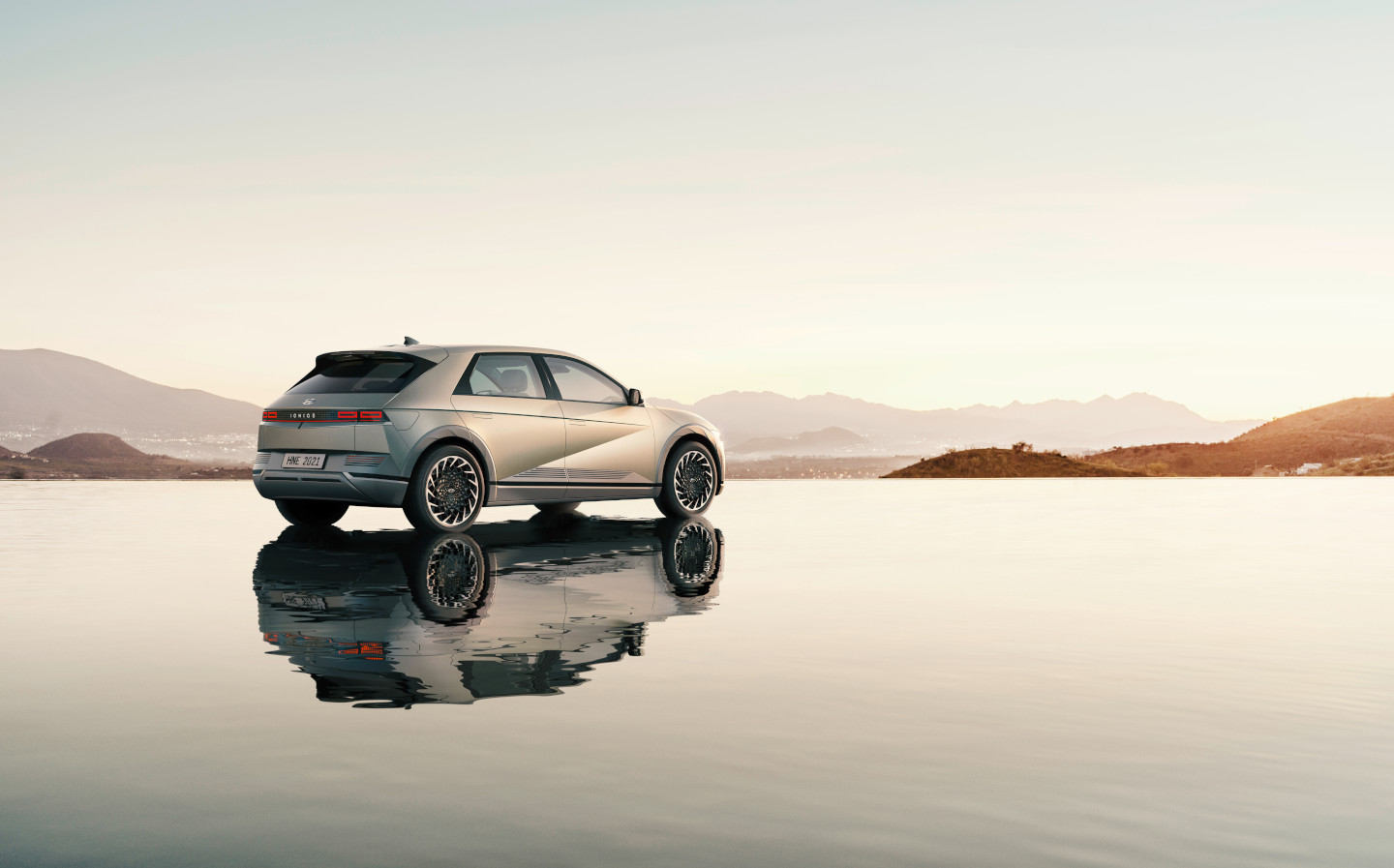 The Ioniq 5 takes generous inspiration from the Giugiaro-designed Pony, Hyundai’s first production car, as well as the Hyundai 45 concept the car maker showed at the Frankfurt Motor Show in 2019. The angular profile sits on top of a chassis with axles set a full 3m apart, pushing the 20in wheels to the edge of the body. The resulting silhouette is rather striking.

The front profile is dominated by Hyundai’s first clamshell hood, which is designed to be as slippery through the air as possible, helping improve the distance between charges.

The V-shaped headlight design also helps it stand out from Hyundai’s current line-up, and the light signature it envelops is bespoke to the Ioniq 5. The small, circular clusters are also used for the rear light design.

The side angles are dominated by a deep diagonal crease that illustrates Hyundai’s “parametric dynamics” philosophy (no, we’re not sure what exactly it means either). The standout alloy wheels are also rooted in this aesthetic ethos, apparently. 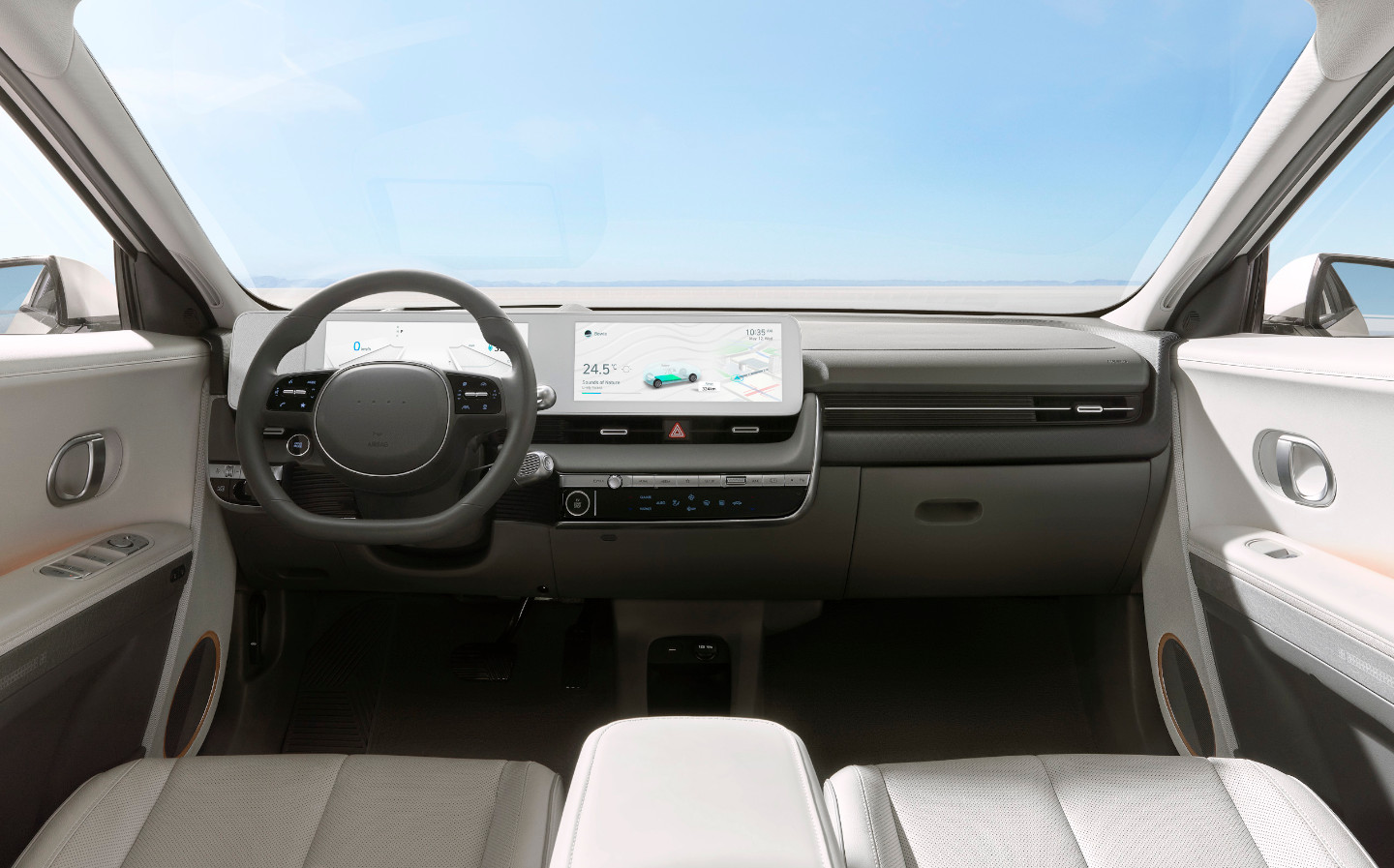 Hyundai has worked to make the interior of the Ioniq 5 as comfortable as possible, and designed the cabin by viewing it as a “living space”. This mantra manifests itself primarily through the “Universal Island”, which is Hyundai marketing-speak for a centre console that can move back by 140mm.

Interior pictures show seats with a wide reclining angle and leg rests that seem like they would be more at home on a leather armchair than in a car, while the seats have been made 30% thinner in order to improve rear space.

Backing up the environmentally-friendly image of electric vehicles, much of the upholstery comprises sustainably-sourced materials including recycled PET bottles and plant-based yarns — a direction also taken by the pure-electric Audi e-tron GT, which was revealed last week.

The level of tech expected in a modern family SUV is readily supplied: the cockpit is centred around a 12in infotainment screen, while a customisable 12in digital instrument cluster sits in front of the driver.

For the first time in a Hyundai, a head-up display (HUD) is included, which projects important info onto the windscreen, meaning that the driver shouldn’t need to take their eyes off the road as often.

Advanced driver assist systems (ADAS) include the Highway Driving Assist II system, which has so far only been used on cars made by Hyundai’s luxury sister company Genesis — a brand also launching in Europe this year. The system maintains a set speed and distance from the car in front, and helps keep the car in its lane.

How far can the Ioniq 5 electric car travel between charges?

Hyundai will offer two battery sizes for the Ioniq 5 as well as the option to have either rear-wheel drive or four-wheel drive. The range topping model comprises a 72.6kWh battery that sends a combined 300bhp and 446 lb ft of torque to motors on both axles. This enables a hot-hatch rivalling 0-60mph time of 5.2 seconds. The smaller battery is a 58kWh unit, which in entry 2WD guise comes with 168bhp and a 0-60mph time of 8.5 seconds.

Hyundai does not yet have official ranges for either battery size, but predicts that the larger 72.6kWh battery will be able to take the car up to 298 miles on a single charge when paired to a rear-wheel drive system. That’s slightly less than the new Volkswagen ID.4, which has a 328 mile range thanks to a slightly larger battery pack, and less than Nissan’s upcoming Ariya, which will have a 310-mile range when equipped with a range-topping 87kWh battery.

How quickly can an Ioniq 5 be recharged? 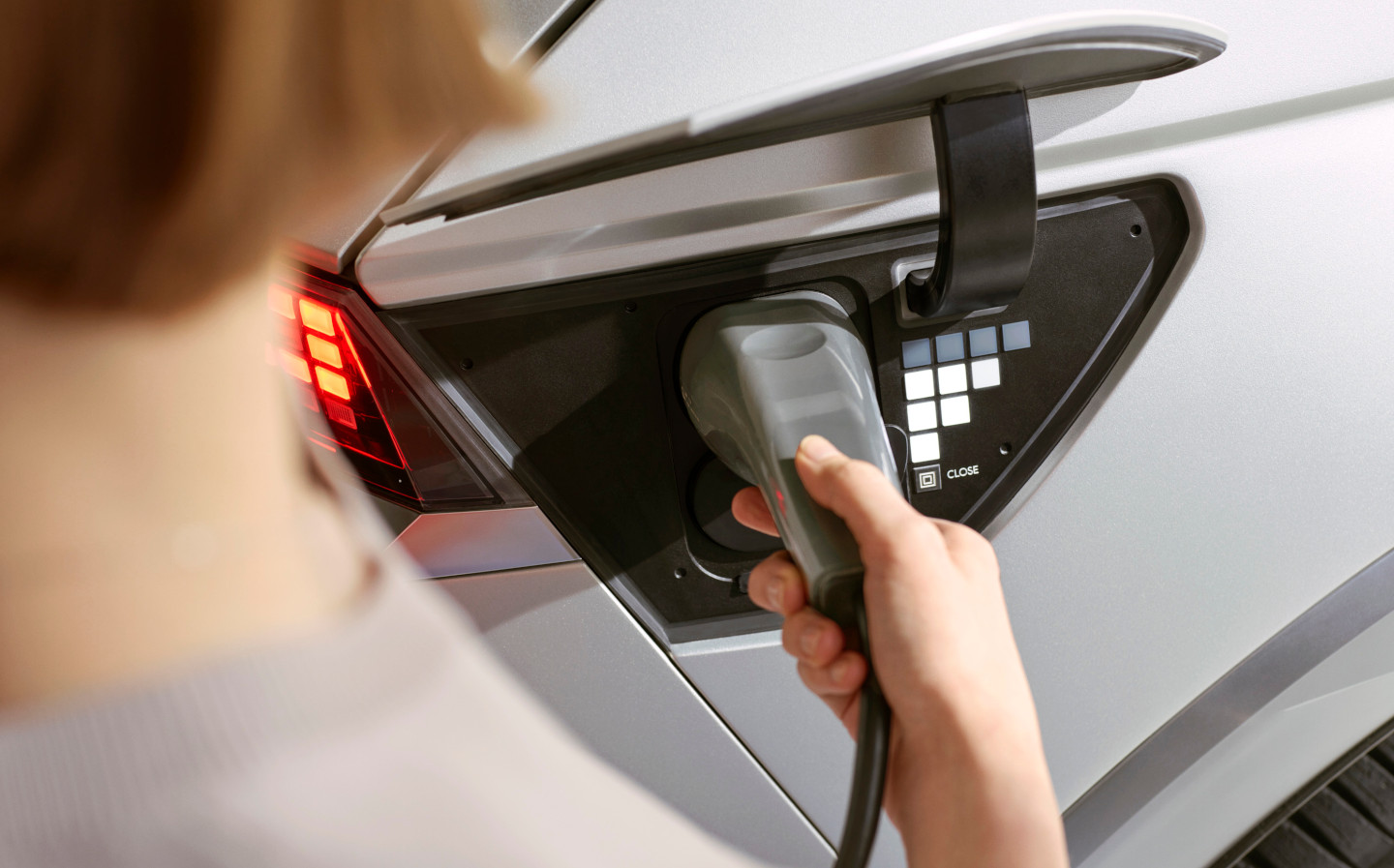 The new electrical powertrain that the Ioniq 5 is taking for its maiden voyage can support both 400V and 800V charging, meaning that it can be used with next-gen 350kW chargers that will take battery level from 10% to 80% in just 18 minutes. By comparison, the Nissan Ariya will only be compatible with rapid chargers up to 130kW, and the ID.4 takes 38 minutes to charge from 10 to 80% using a 125kW charger, the most powerful it can support.

Adding 100 miles of range to the Ioniq should be able to take just five minutes, under ideal conditions. Though 350kW chargers are still admittedly rare, they are likely to become more widespread as car makers create models that are compatible with them.

Meanwhile, Ioniq 5 can also act as a charger thanks to its Vehicle to Load (V2L) function, enabling it to supply up to 3.6kW of power to high-devices like electric bikes or scooters.

Hyundai has not revealed the full price list for the Ioniq 5 range but a special edition model called the “Project 45” will cost £45,000 including the government’s £3,000 plug-in car grant. Reservations for the special edition can be made now.