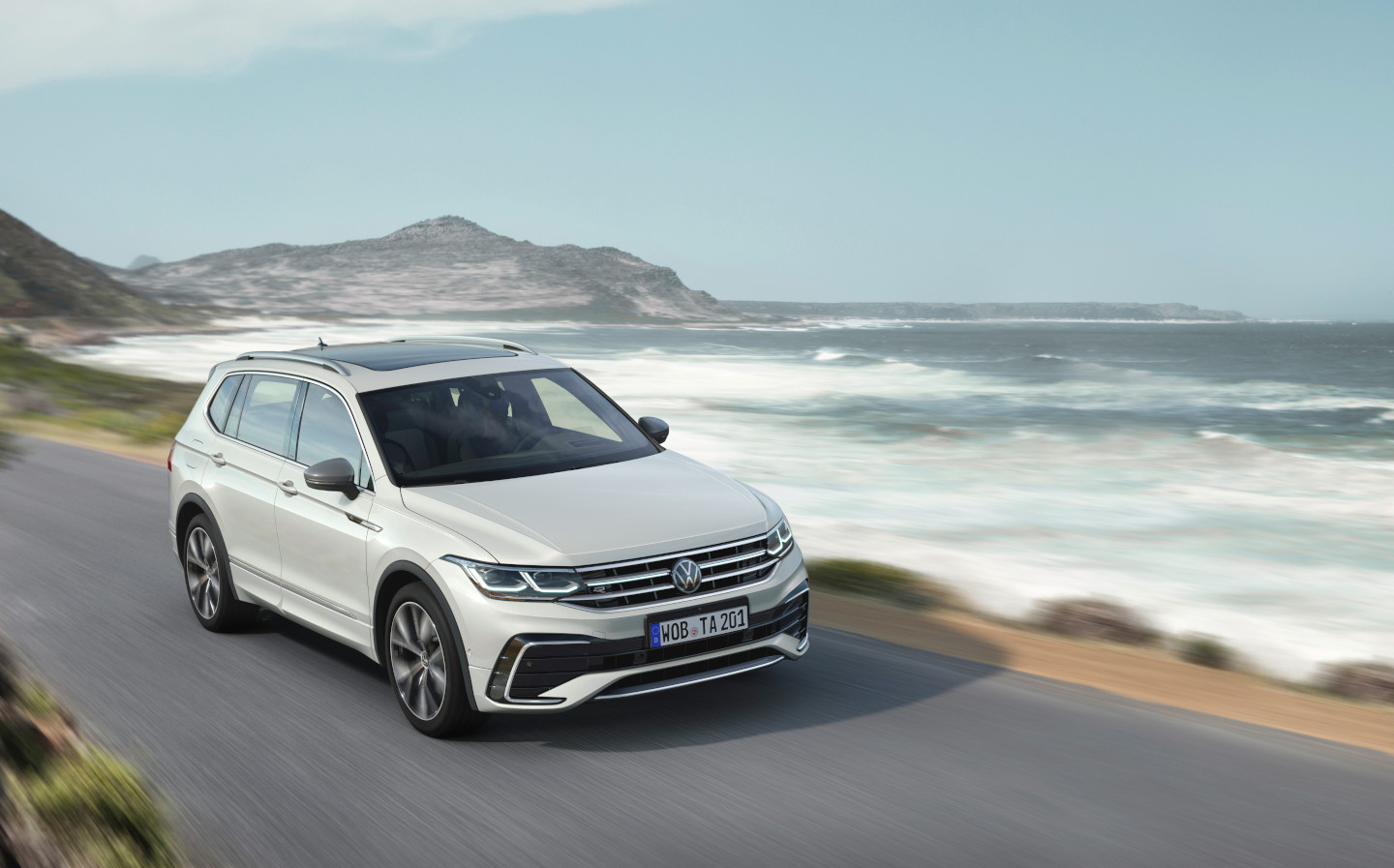 Volkswagen has unveiled the facelifted Tiguan Allspace, the roomier version of its best-selling SUV.

The Allspace has become the star of the Tiguan family since its introduction in 2017, having sold 1.5m units globally in the last four years. It now accounts for more than half of all Tiguans sold worldwide, and is the only version of the car sold in some key markets such as America and China.

Unsurprisingly, given its success, Volkswagen has opted to mildly spruce up — rather than fully overhaul — the Allspace’s winning recipe, giving its front end a mild refresh to bring it in line with the recently rejuvenated standard model, upgrading interior and driver tech and adding a new base trim for the European market. 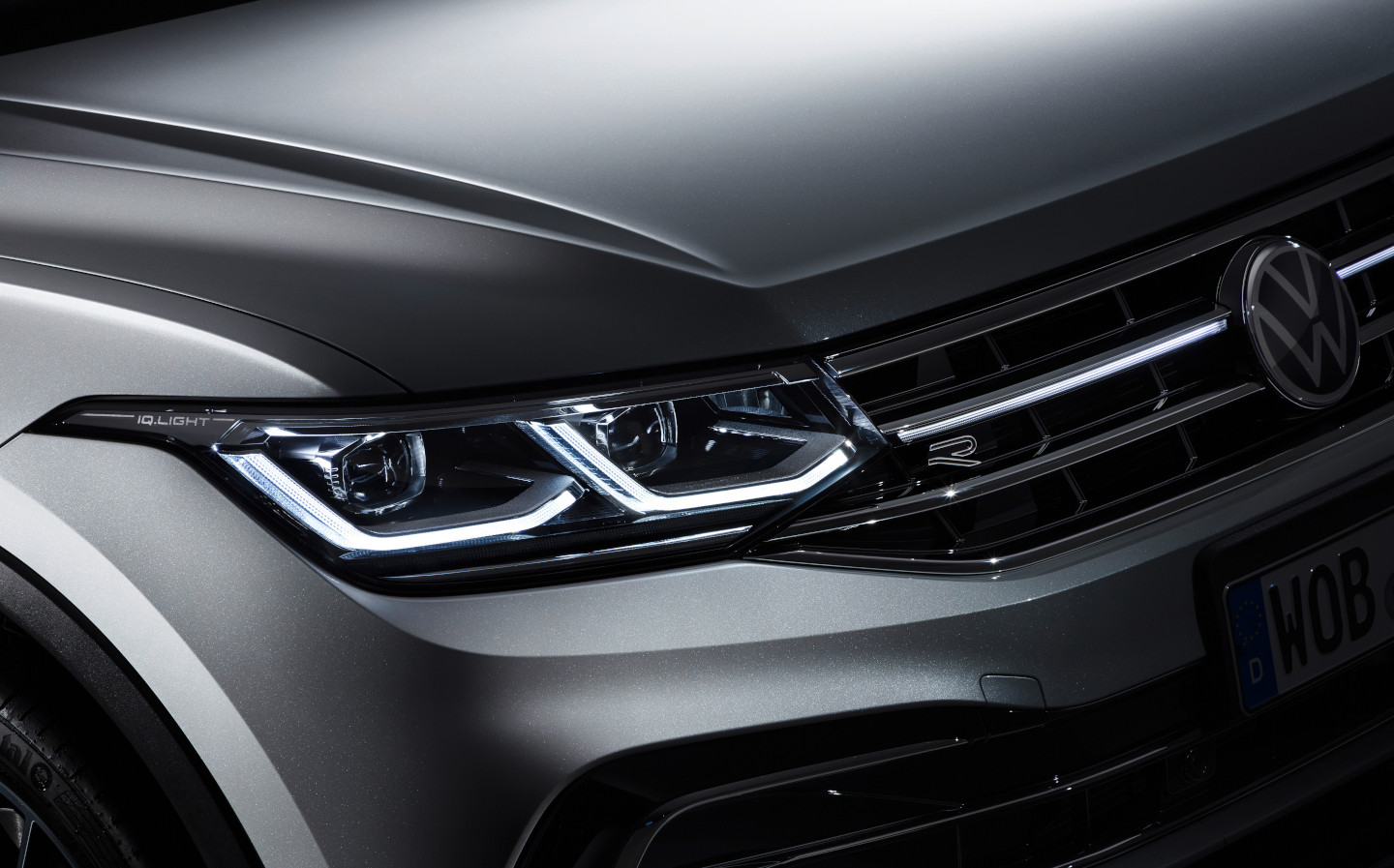 Perhaps the most noticeable aesthetic alteration to the Tiguan is a new light bar that runs through the prominent radiator grille, similar to the one found on the new ID.4 electric SUV. The old VW badge is also out in favour of the new two-dimensional one, while the headlights and rear lights have both undergone a mild redesign.

Other bullets on the options list include 18in 10-spoke alloys, while two extra paint colours — Oryx White and Kings Red — are now available.

The slight alteration to the front end has added 22mm of length to the Allspace, which now measures 4,723mm. 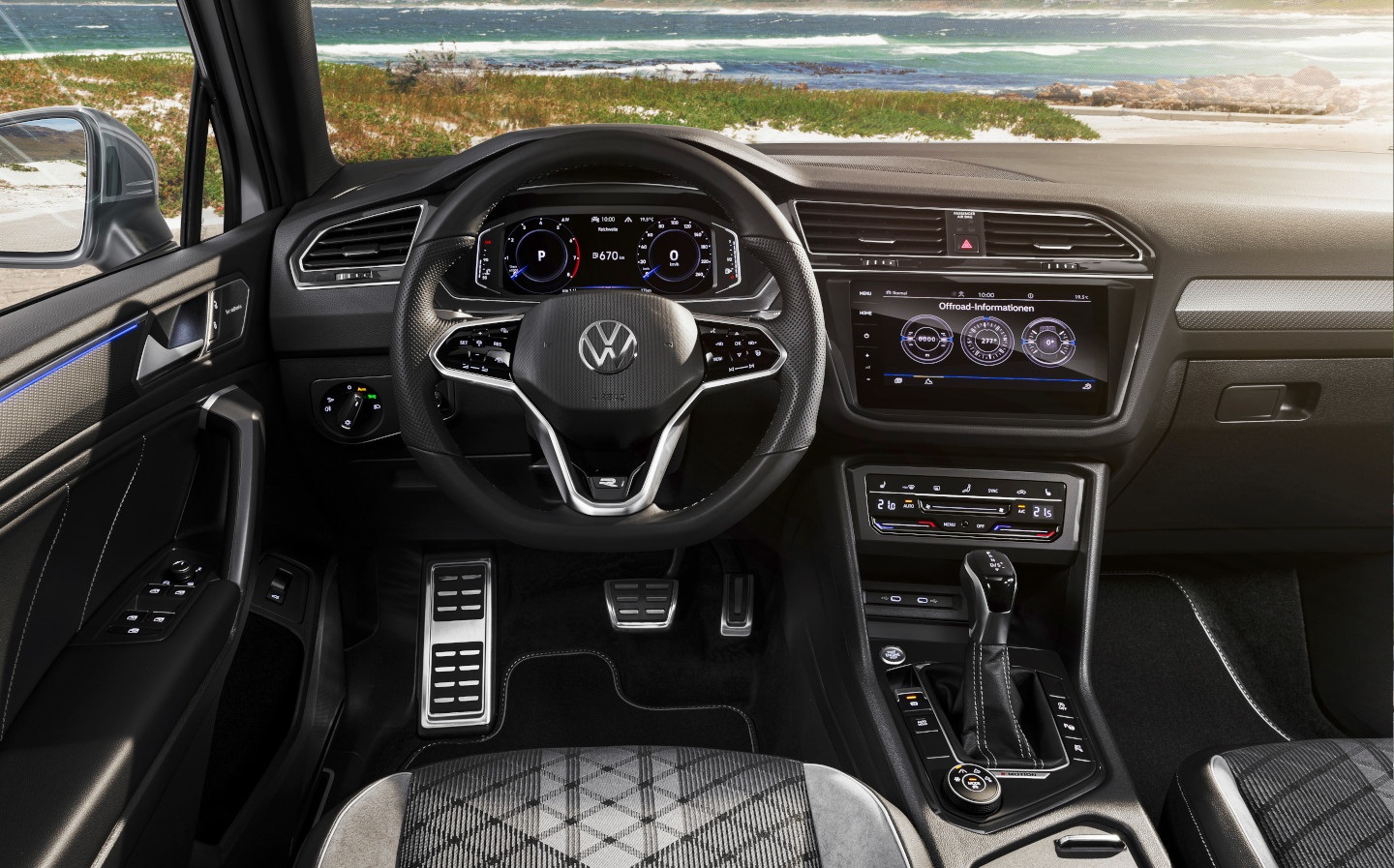 Its elongation hasn’t had an effect on interior space, the main reason that people flock towards the Allspace rather than the regular Tiguan. Luggage space is up to 1,920 litres and customers can still spec the car with a third row of seats.

Changes to the cabin revolve around VW’s more general move from physical buttons and knobs to touch-sensitive surfaces. Air conditioning functions are now controlled using touch sliders, though VW insists they are “operated directly and are intuitive and easy to use.”

Driver technology has also been improved, with an optional suite of Advanced Driver Assist systems available at speeds up to 130mph. 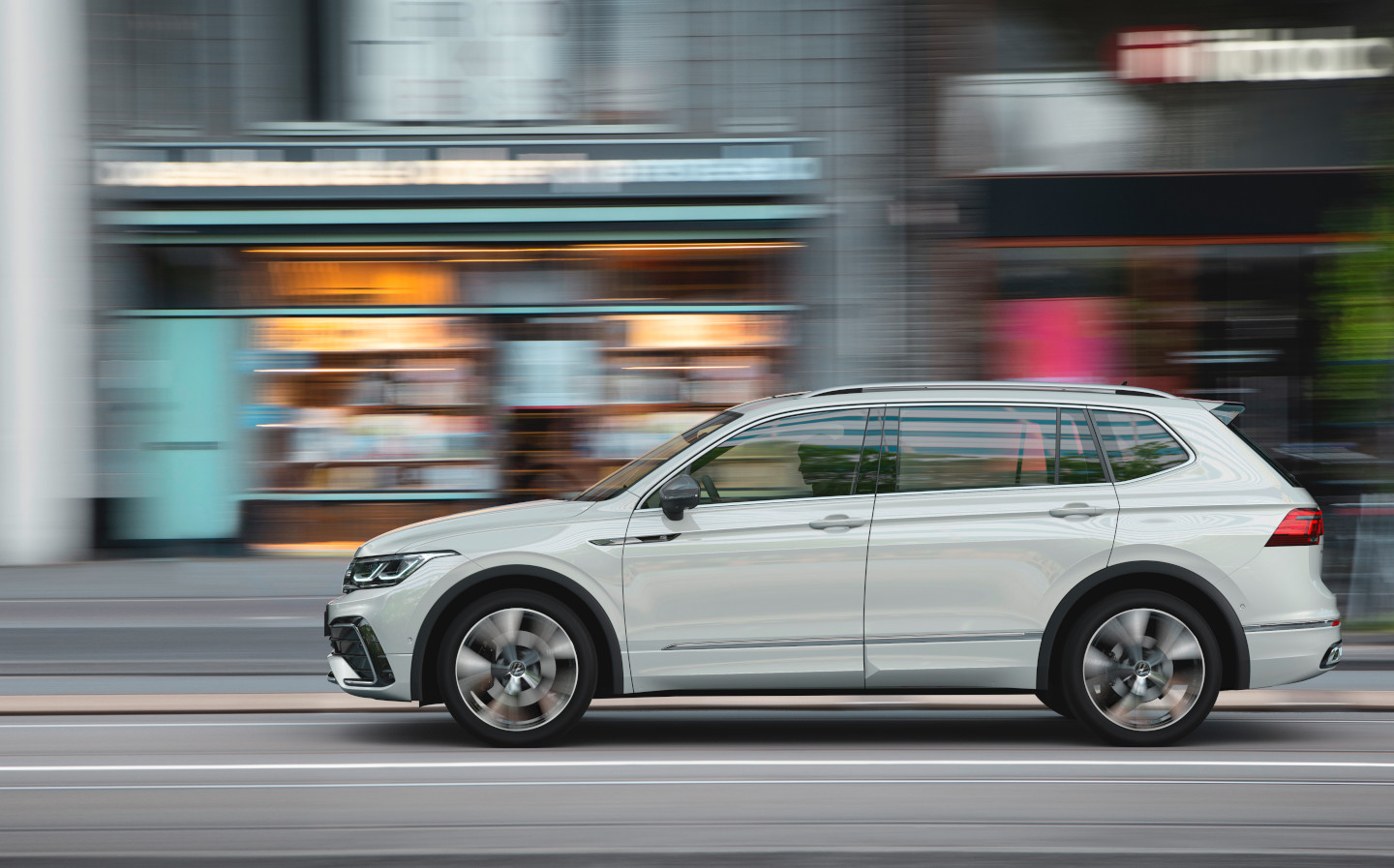 Volkswagen has replaced the existing specification levels of the Tiguan Allspace to bring them into line with the rest of the model family.

Most notably, a base Tiguan spec has been introduced for the European market. Meanwhile, the Match, SEL and R-Line Tech names have been swapped out for Life, Elegance and R-Line respectively. 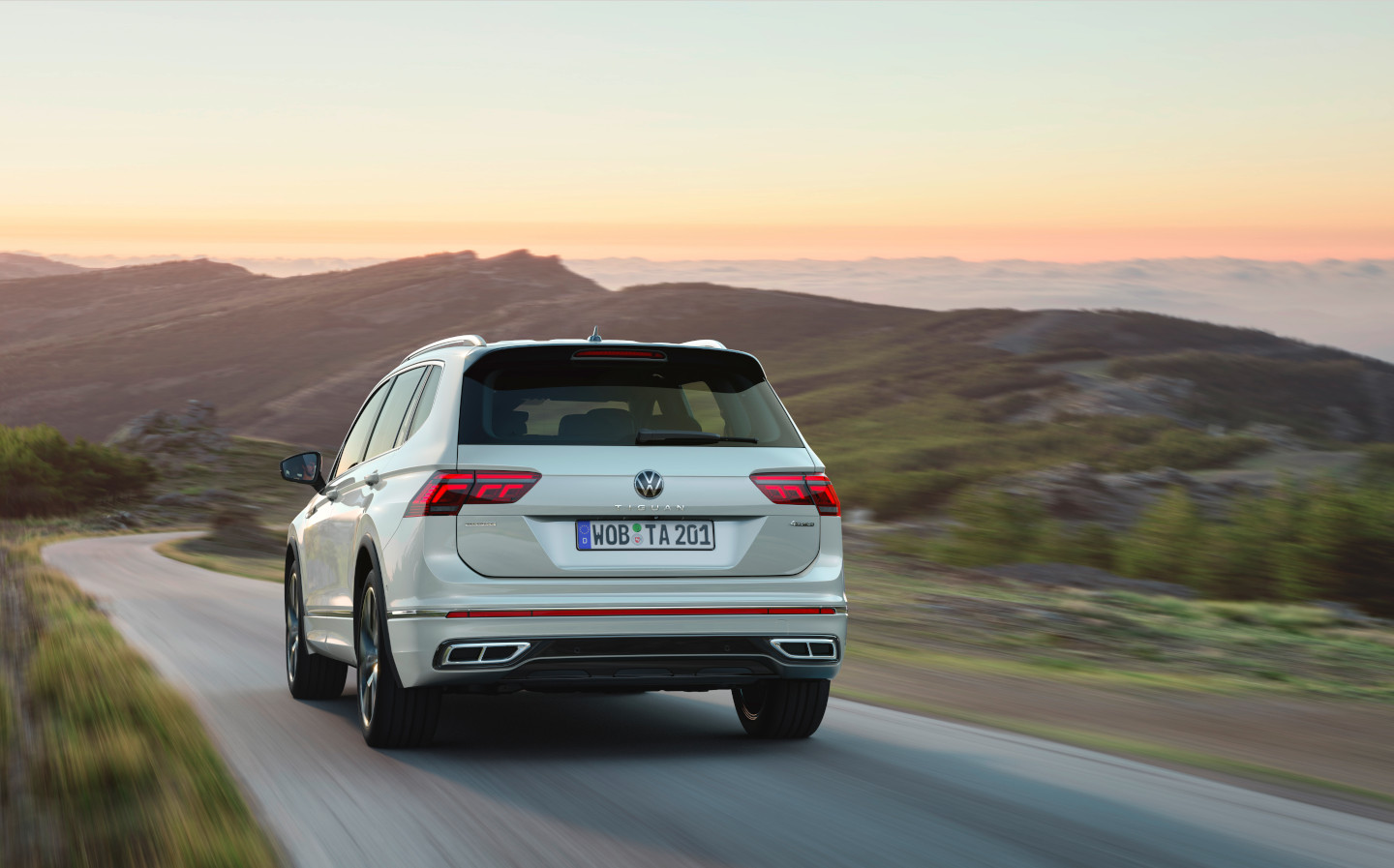 Unlike the standard Tiguan’s update last year, Volkswagen hasn’t taken the opportunity to introduce a hot R version of the Allspace, while the plug-in hybrid version of the larger model remains available only on the Chinese market.

Powertrains, then, remain strictly old-school: a trio of petrol and a pair of diesels. Diesels — always a tricky subject for VW — use “twin dosing”, a double injection of AdBlue that reportedly lowers emissions of harmful nitrogen oxides by 80%. Those opting for diesel have an option of two 2.0-litre engines producing 148bhp and 197bhp respectively. 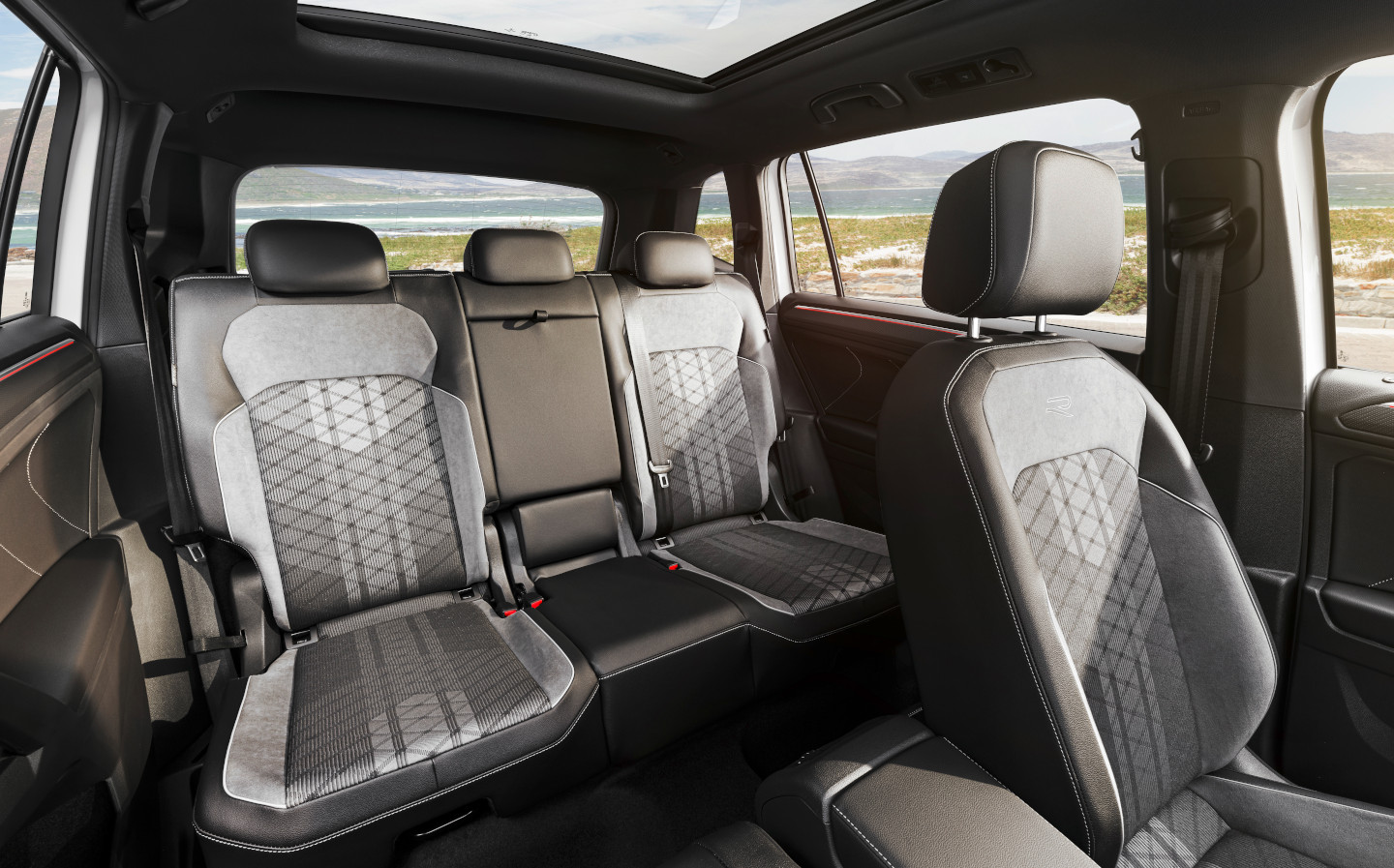 Those who want petrol, meanwhile, have the option of a 2.0-litre TSI engine with either 188bhp or 241bhp, or a more efficient 148bhp, 1.5-litre powerplant with Active Cylinder Management, wherein two of the engine’s four cylinders are shut off when possible in order to lower emissions.

The more powerful duo of petrols come with a seven-speed automatic DSG transmission as standard, while the more sensible petrol powertrain is equipped with a six-speed manual.