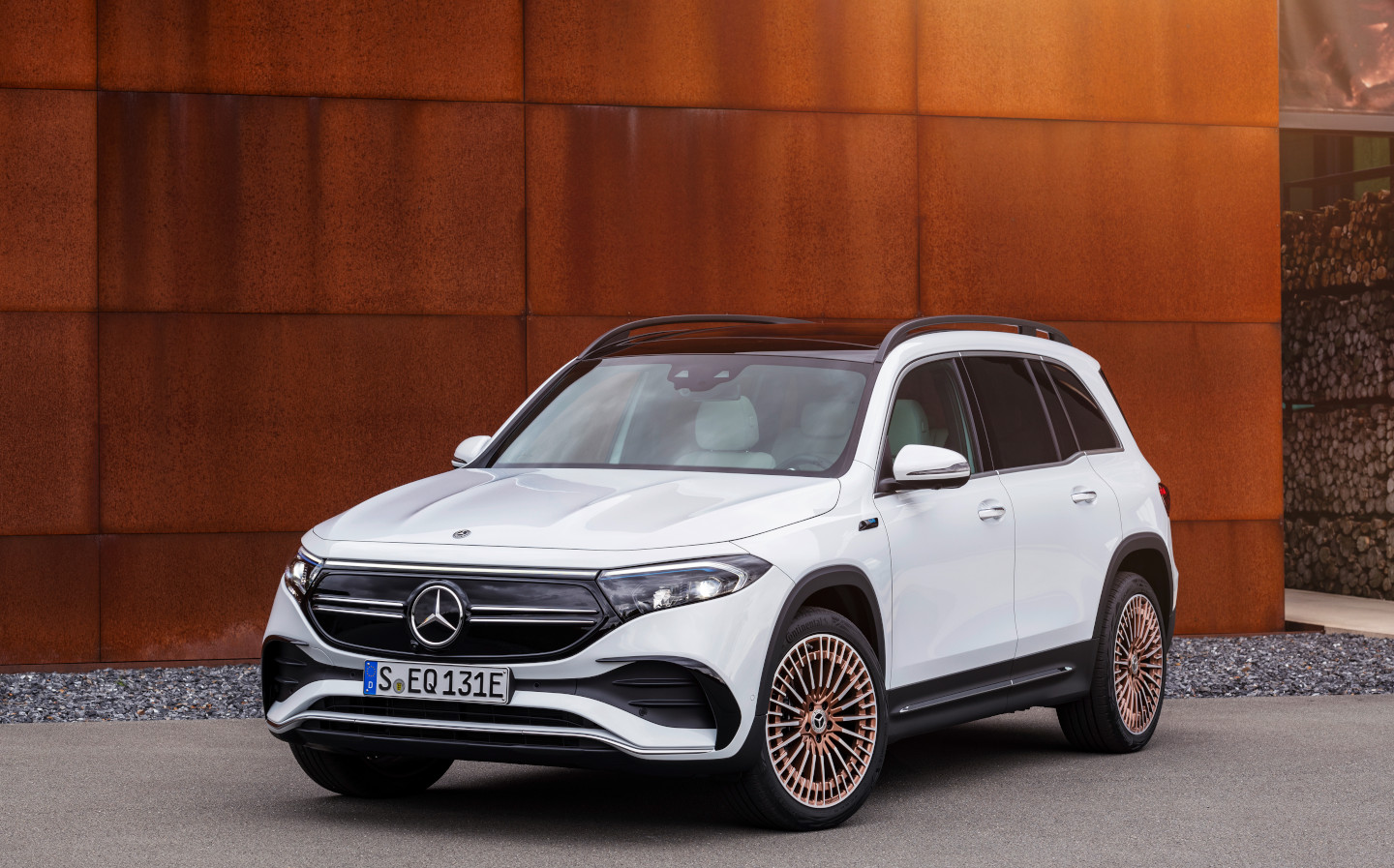 MARKING the third instalment in its 2021 electric onslaught, Mercedes has revealed the EQB, an electric seven-seater SUV.

Mercedes has not yet revealed all the details of the battery-powered GLB equivalent, although we know that it will come in three variants and with seven seats as standard in the UK. 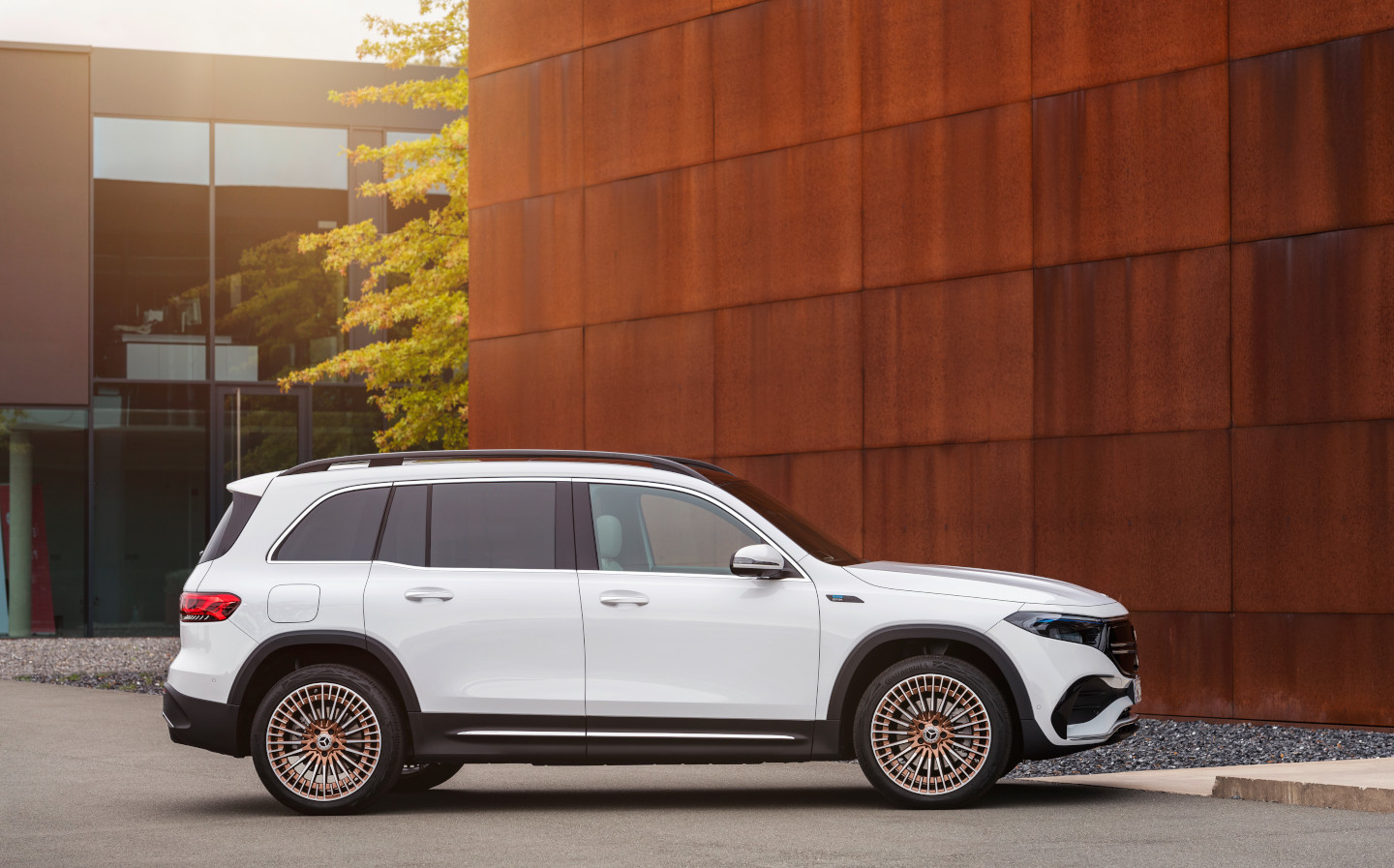 At launch in the second half of this year, the EQB will be offered in two forms: the EQB 350 4Matic, which packs a range of 260 miles, and EQB 300 4Matic, which also has dual electric motors though with each producing around 20bhp less than those in EQB 350.

In 2022, when the first models will launch in the US, an entry-level 250 model will be added to the UK line-up, which will be powered by a single 188bhp electric motor located on the front axle. 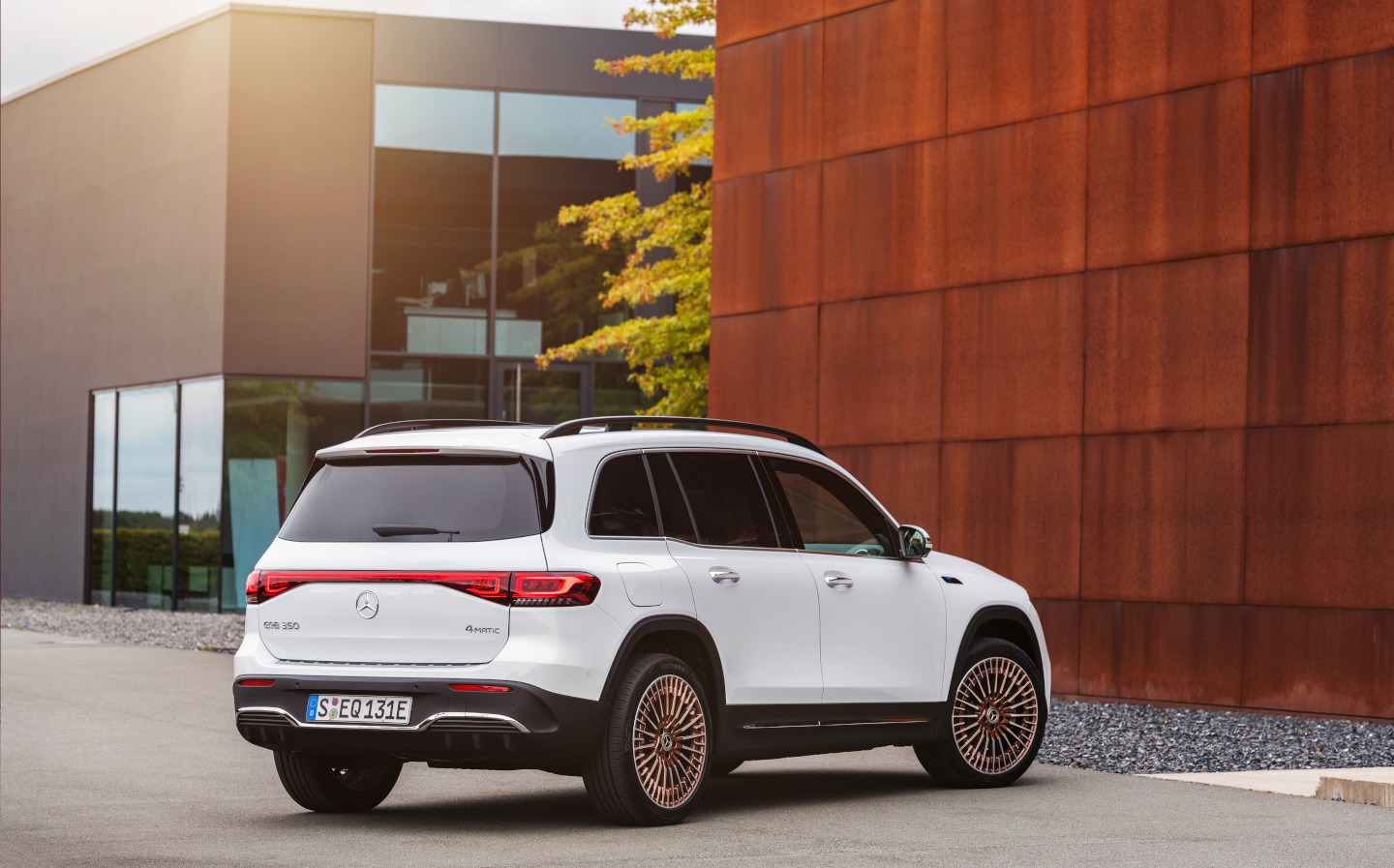 Mercedes says that further models with power exceeding 270bhp will also be revealed, as well as a “particularly long-range version”, although this has not been expanded upon. The smallest battery offered will have a usable capacity of 66.5kWh.

The EQB adheres to the same exterior design ethos as the EQA, the electric crossover that hit roads earlier this year, and with which it shares some underpinnings. As such the EQB closely resembles its internal combustion engine SUV equivalent, the GLB, although the grille has been blacked out (electric batteries require less cooling than engines) and hints of rose gold have been added for flair, which can be swapped out for an icy shade of blue if specified.

Mercedes claims aerodynamics were at the forefront of the EQB’s exterior design, and it has a drag coefficient of 0.28 — roughly the same as the Audi e-tron. This helps increase range and minimise wind noise. 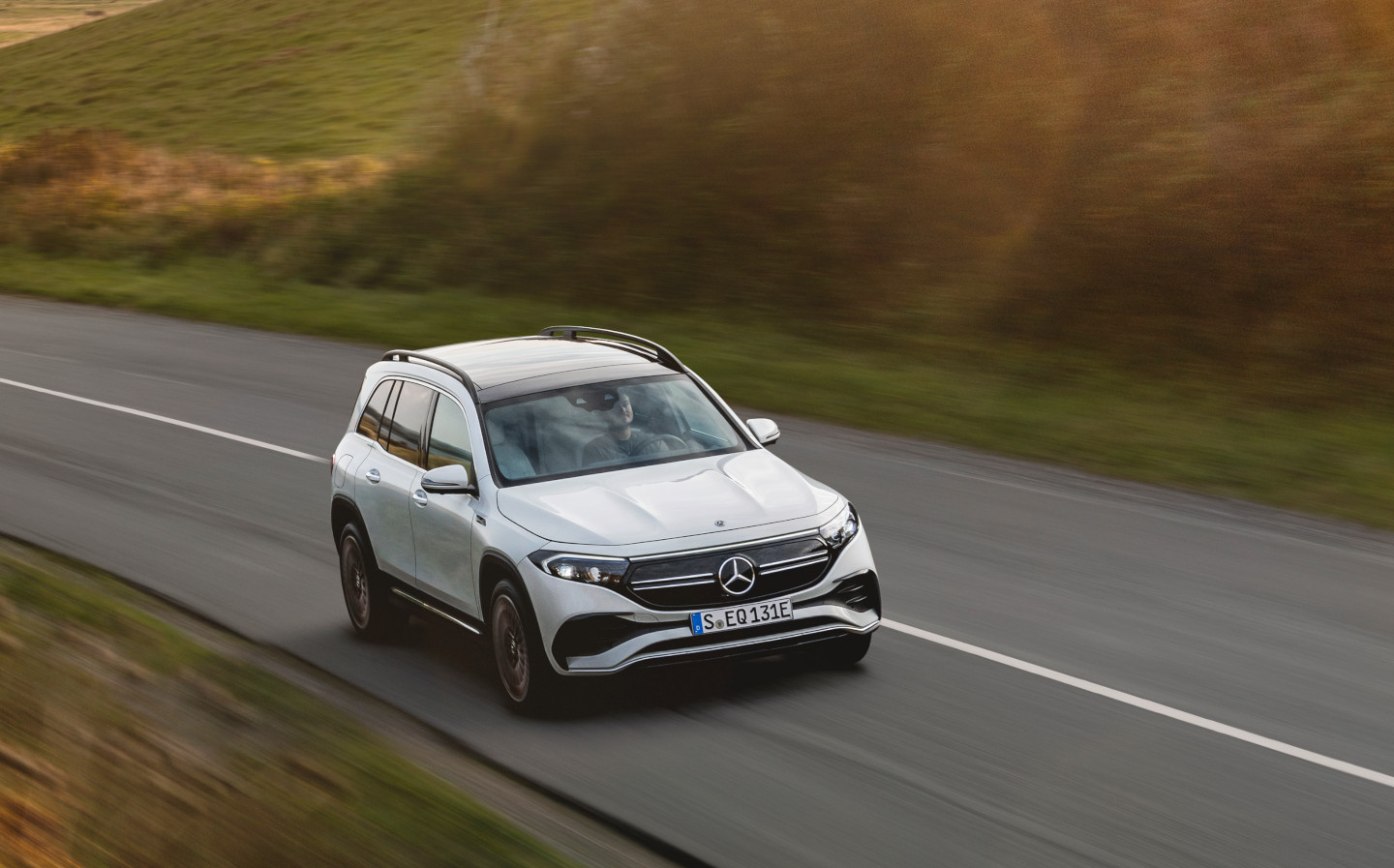 The Stuttgart car maker is attempting to position the EQB as the most family-friendly electric car it has unveiled so far, and has thus emphasised its practicality and safety features.

A total of four child seats can be fitted in the second and third rows, while a side airbag has been installed that protects the third row from side-on impacts. Advanced driver assistance systems including lane keep assist and active brake assist are included as standard.

The German car maker claims that space inside is at a premium and people smaller than 5ft 4in — or children in booster seats — can fit in the third row of seats comfortably. 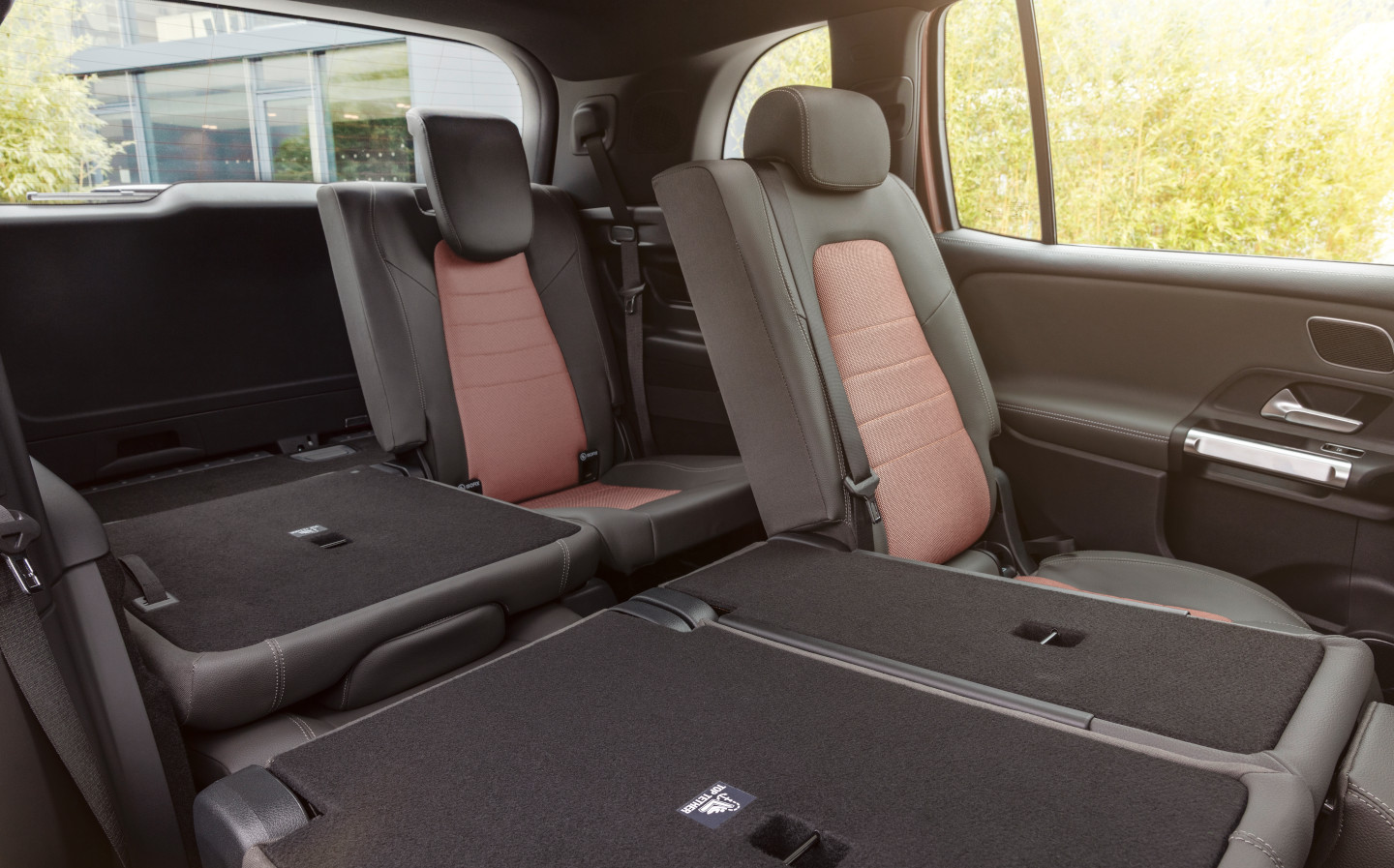 Boot space is an impressive 465 litres even in the seven-seat configuration, while with five seats in place there’s a maximum boot capacity of 1,710 litres.

Mercedes has revealed the EQB at the Shanghai Motor Show and is hoping to capitalise on a growing appetite for electric cars in China, where the SUV will be launched with a range-topping AMG Line variant producing 288bhp.

In Europe, the EQB will be manufactured at Mercedes’ plant in Kecskemét, Hungary, where it currently manufactures plug-in hybrid models including the CLA and CLA Shooting Brake.

The Mercedes EQB’s unveiling comes a few days after full details of the Mercedes EQS luxury saloon were released.