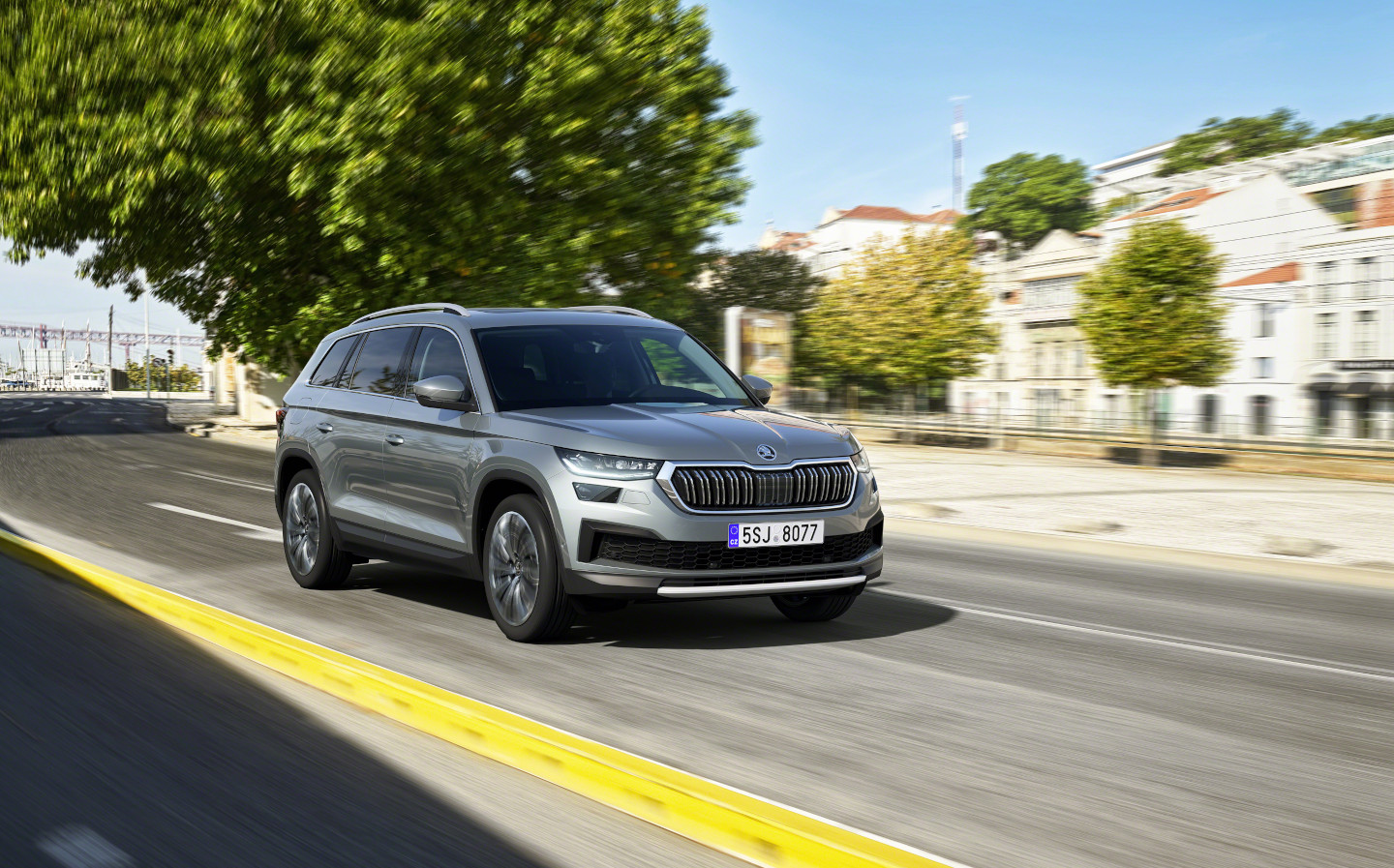 ARGUABLY, this isn’t the week to release a large SUV. The public image of such big beasts has been through something of a downturn since a BBC article alleged last week that their popularity among the urban elite is one of the biggest reasons that carbon emissions are on the up.

However, no one can claim there isn’t an appetite for such cars — something of which Skoda is well aware. Two of every five cars the Czech car maker sells are SUVs, and it has sold so many units of the Kodiaq, its biggest model, that it is now manufactured at four separate factories around the world. 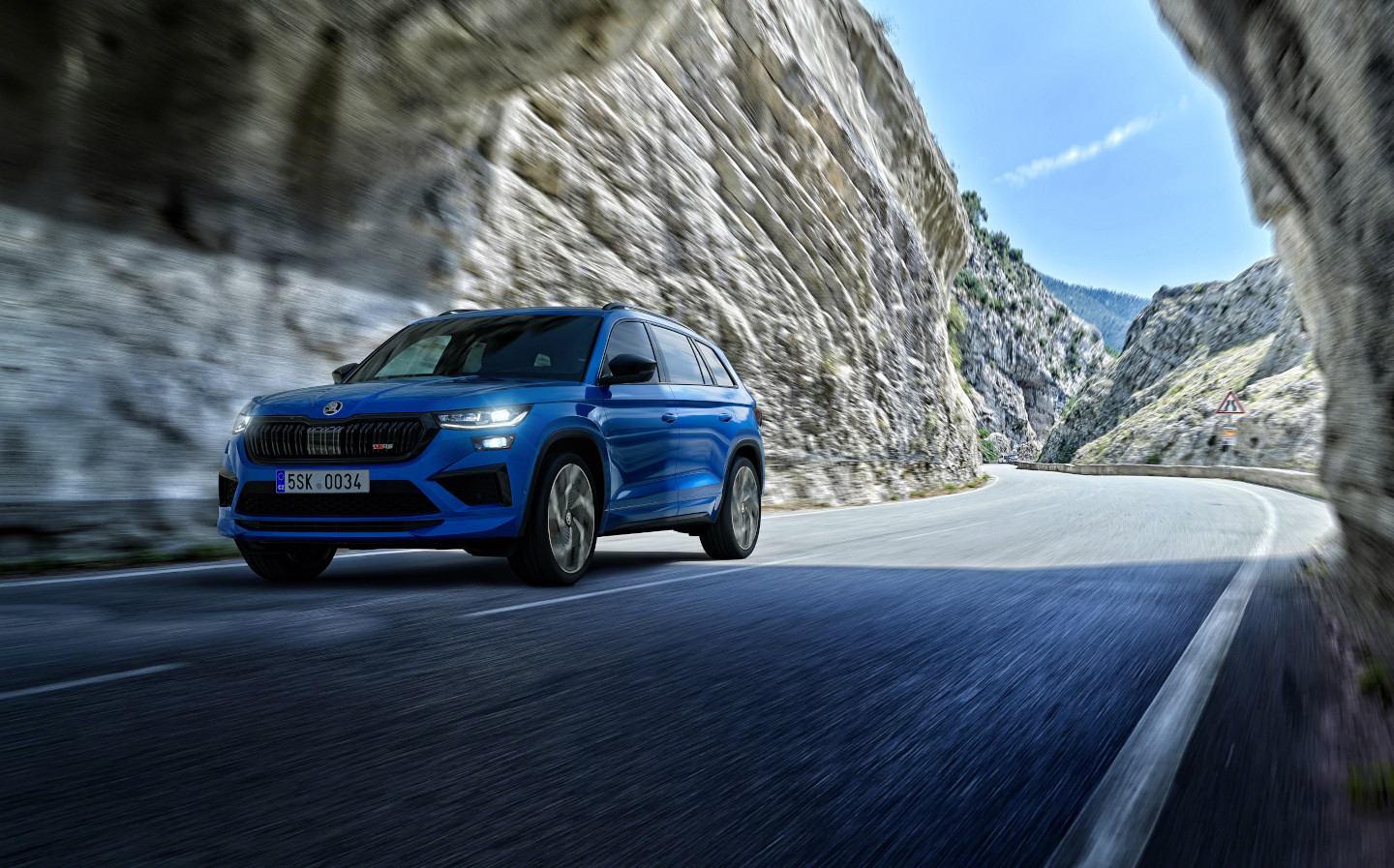 The Kodiaq has, in fact, racked up 600,000 sales around the globe. That’s impressive — especially considering showrooms have only been open infrequently around the world for around a quarter of its lifespan.

The facelifted version of the car, unveiled today, capitalises on the reason that the Kodiaq has sold in such huge numbers: an abundance of choice. As before, it can be ordered in several trims, in five- or seven-seater layouts, with a wide choice of powertrains, and even a sporty vRS version that satisfies the growing appetite for hot SUVs. 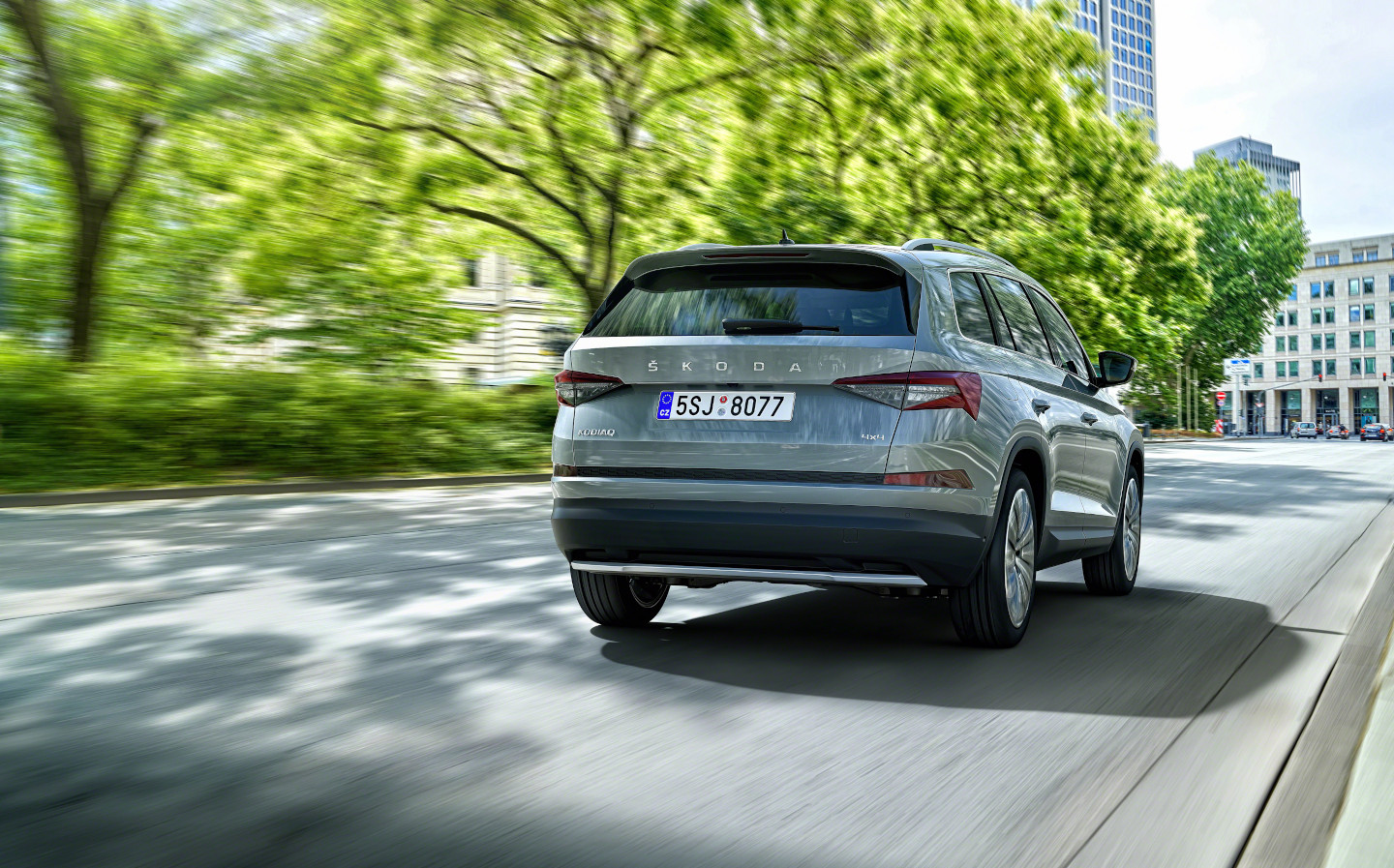 Cashing in on the rugged image that SUVs are known for, Skoda has used the Kodiaq’s revamp as an excuse to make it look a bit more rough and ready, although aesthetic changes are slight — you’ll probably need to look at before-and-after pictures to pick out what’s changed.

The grille and headlights have been slightly restyled and are now a little more angular (and menacing), while matrix LEDs are available as an option on the model for the first time. In various trims and variants, the wheels — now available in sizes up to 20in — have undergone a restyle, and new aluminium-effect details on the front and rear aprons make the Kodiaq look a bit more off-road capable, claims Skoda. Meanwhile, a new rear spoiler has the dual benefit of making the car look longer, as well as making it more aerodynamic. 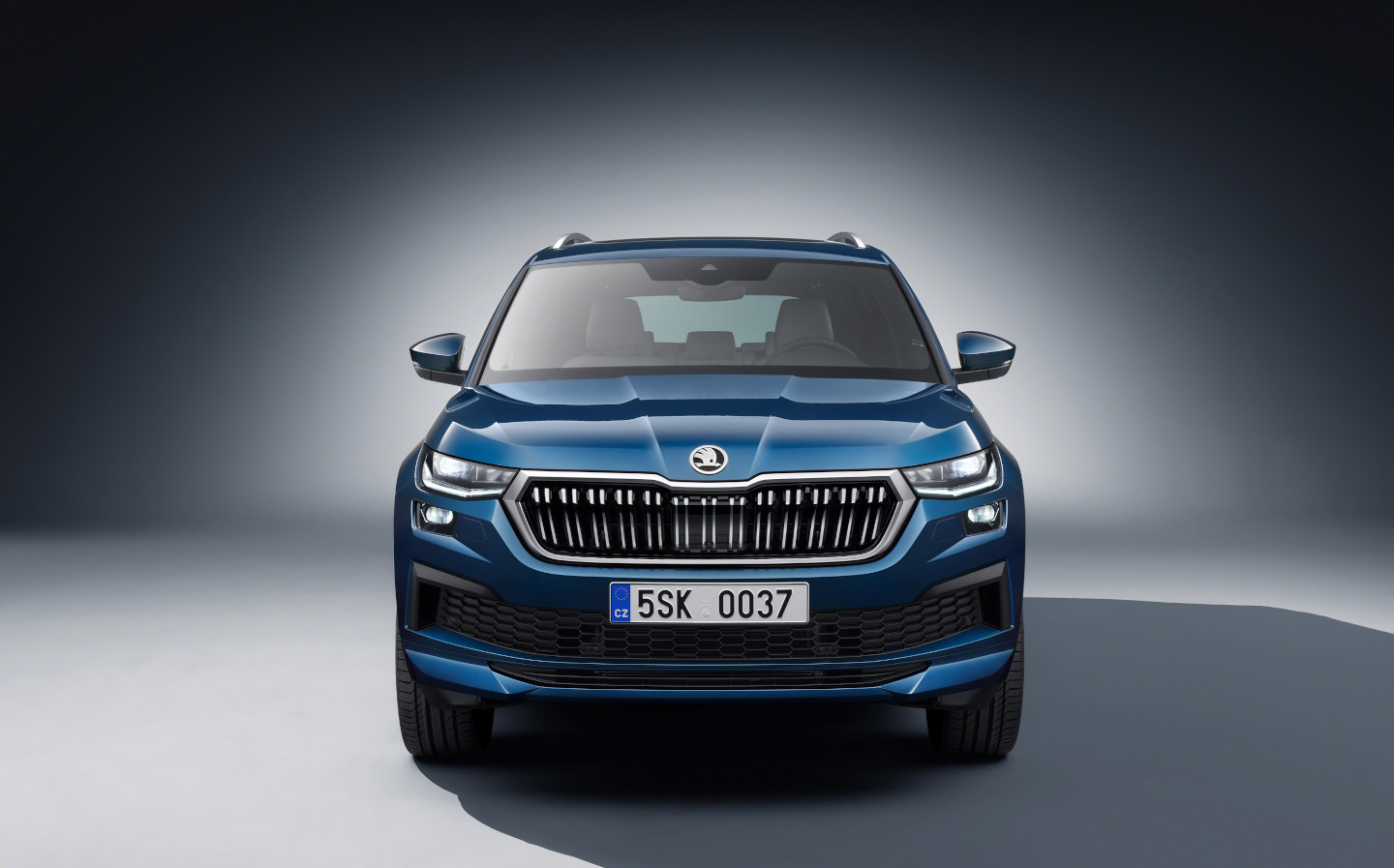 Inside the new Kodiaq, Skoda has expanded its options list. Most notable are leather ergonomic seats, which are electronically adjustable and come with memory and massage functions. In case you’re more into “meat-free” than “massage”, there’s also an Eco seat that has covers made from vegan, recycled materials.

The environmentally focussed demographic might be a bit miffed that there are no electrified powertrains, however — for that, they’ll have to consider Skoda’s newly released Enyaq iV. Instead, the Kodiaq has gone with a five-strong range of three petrol and two diesel engine options. 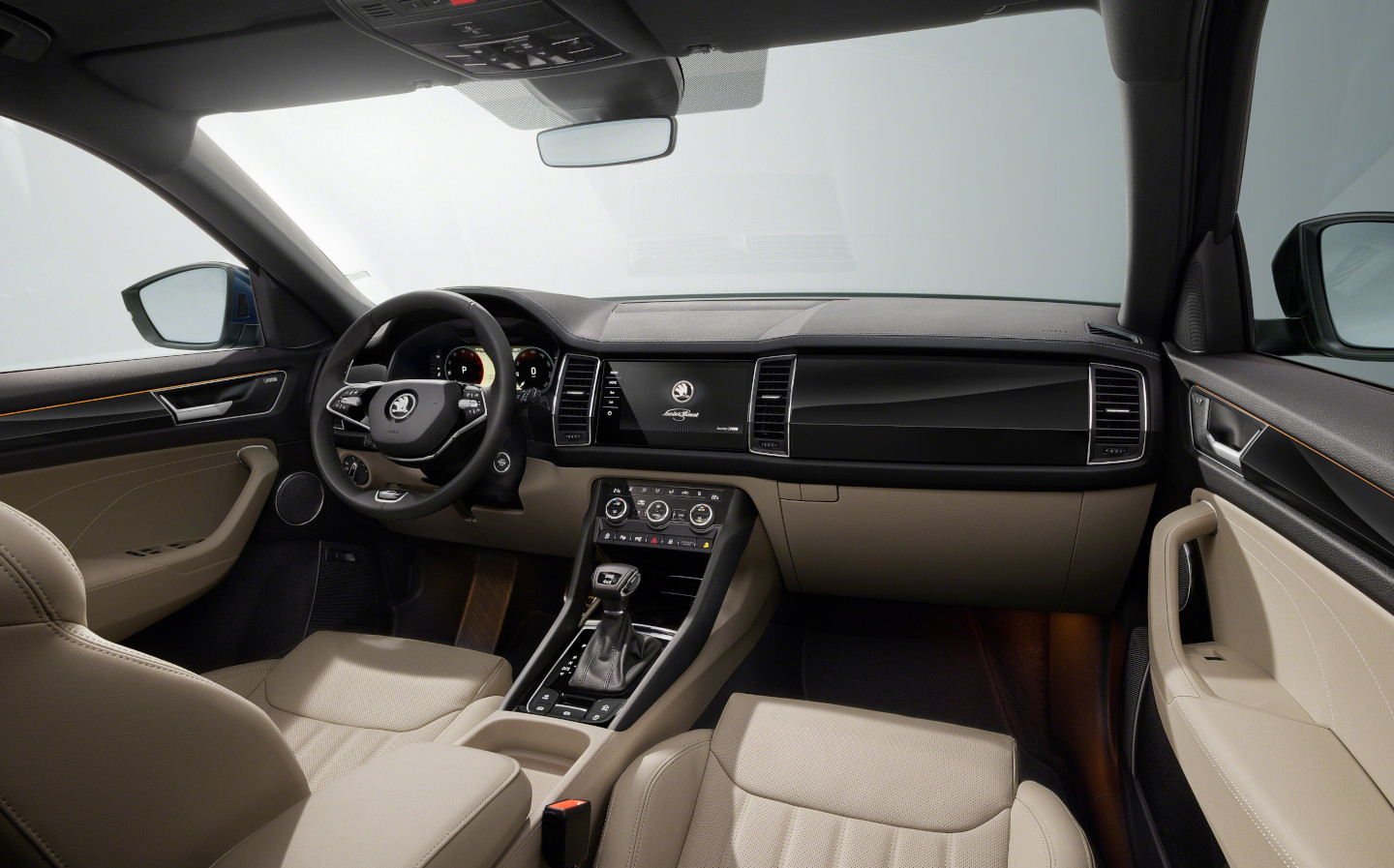 The entry level powertrain employs a tried-and-tested combo of front-wheel drive and a six-speed manual transmission. Power is courtesy of the 1.5-litre TSI engine that the VW Group first introduced on the Golf in 2017.

Amid a rapid fall from grace for VW’s diesels (sparked in 2015 when the VW Group became embroiled in the dieselgate scandal) Skoda points out that the 2.0-litre TDIs, which generate 148bhp or 187bhp, now produce up to 80% less nitrogen oxides (which have adverse effects on the human respiratory system) thanks to “twin dosing” of emission-mitigating AdBlue. 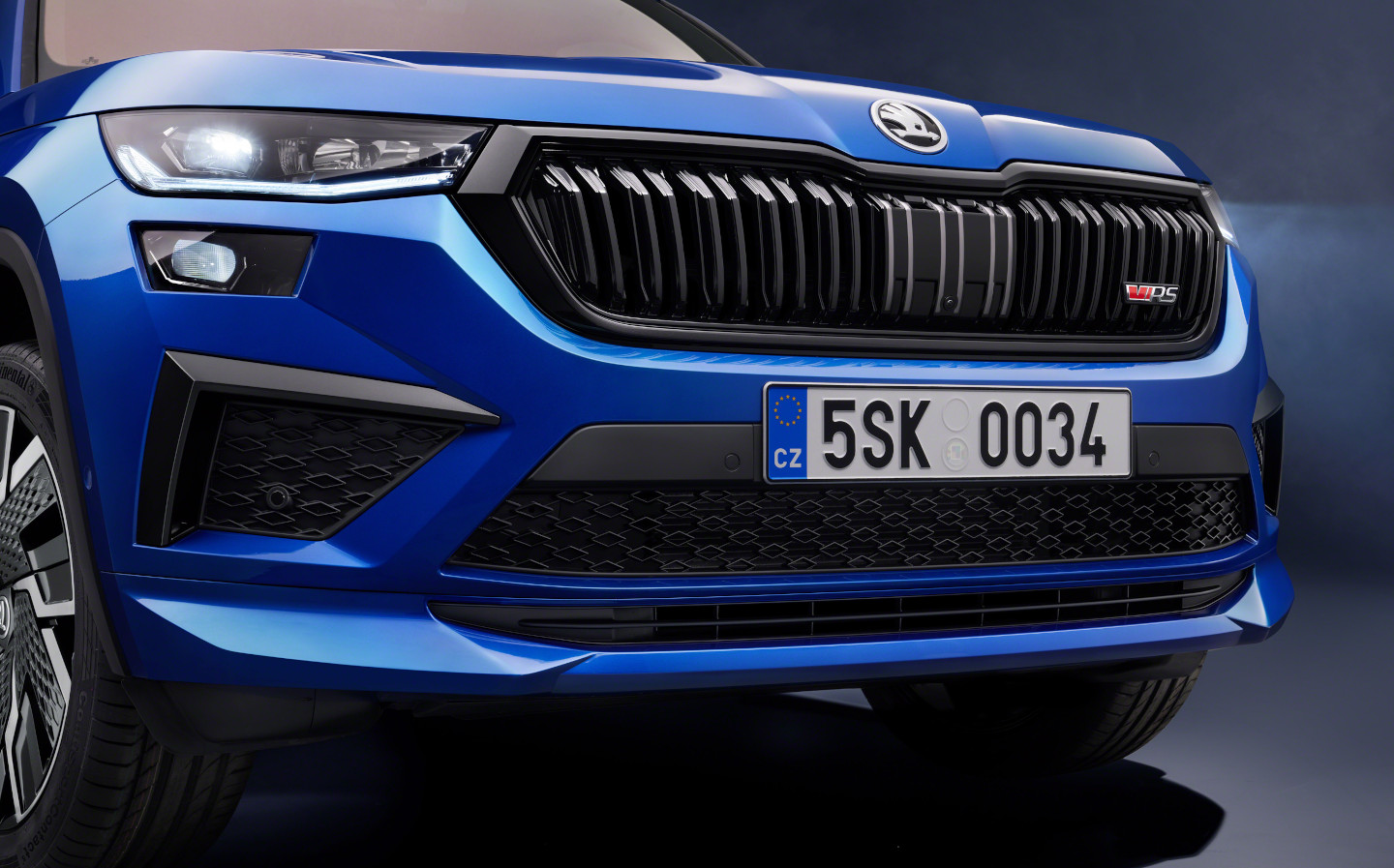 Despite that, Skoda has opted to switch the diesel bi-turbo powertrain of the range-topping vRS for a 242bhp 2.0-litre petrol engine that is 5bhp more powerful and 60kg lighter than the diesel unit that it replaces. The engine replacement comes as no surprise — the previous vRS was pulled from sale last year after falling afoul of increasingly strict emissions regulations.

Sporting a new seven-speed DSG automatic gearbox, Skoda insists that there’s a noticeable improvement in the Kodiaq’s performance. And to make sure the sporty range-topper is distinguishable from its more sedate siblings, the vRS is decked out with 20in “sagittarius” wheels and a bespoke front bumper.

Skoda has not yet revealed pricing for the new Kodiaq – the range will go on sale in the UK from July.