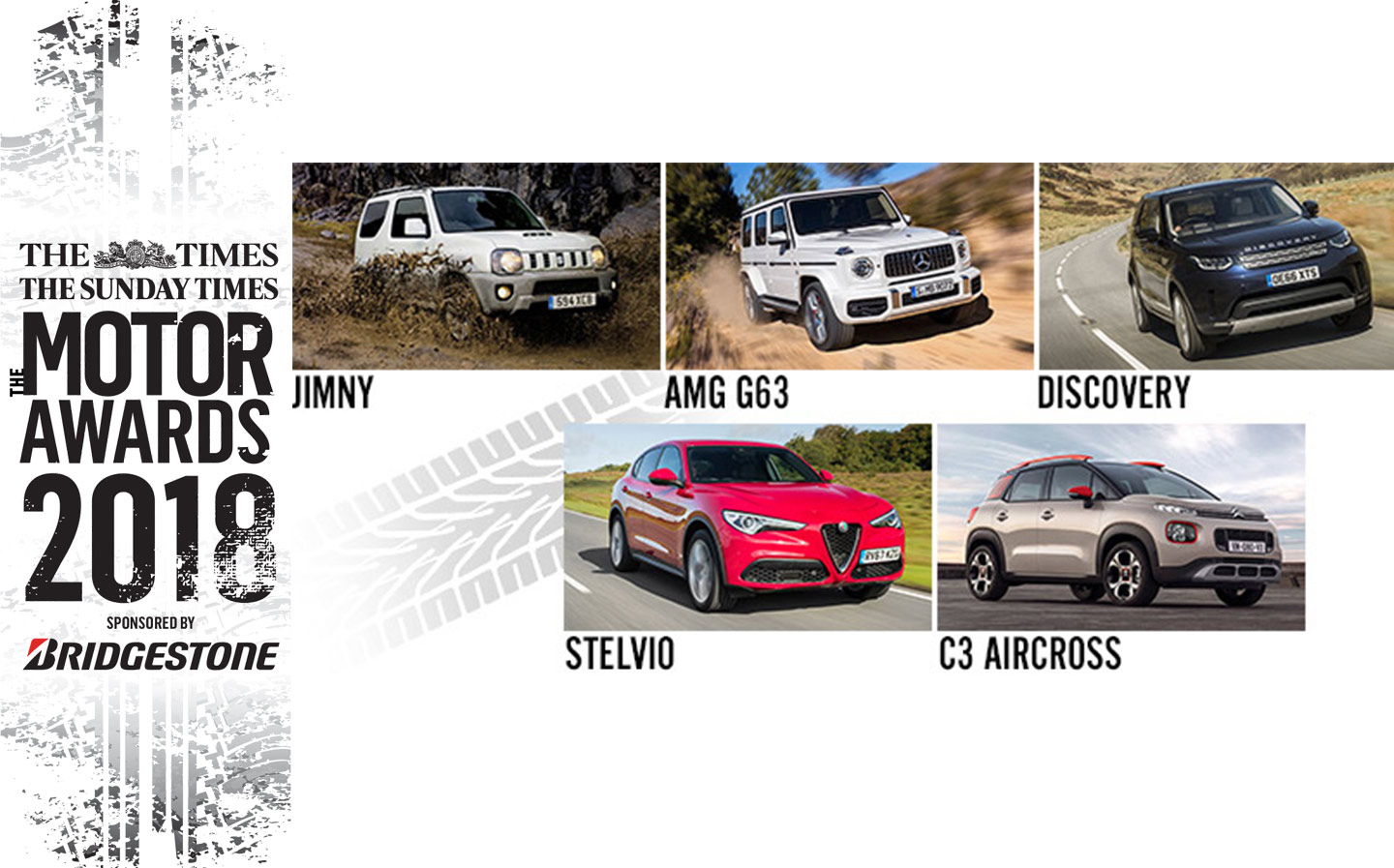 Here you can see the 2018 Adventure Car of the Year contenders, and click through to vote for your favourites. Making the shortlist in the adventure category are the Alfa Romeo Stelvio, Citroen C3 Aircross, Mercedes-AMG G63, Land Rover Discovery and Suzuki Jimny.

Our panel of experts were looking for cars that could handle the odd spot of rough and tumble, stood out of the crowd and had personality to spare – regardless of whether they were little or large.

Even better, by voting, you could win a holiday for two in Dubai. 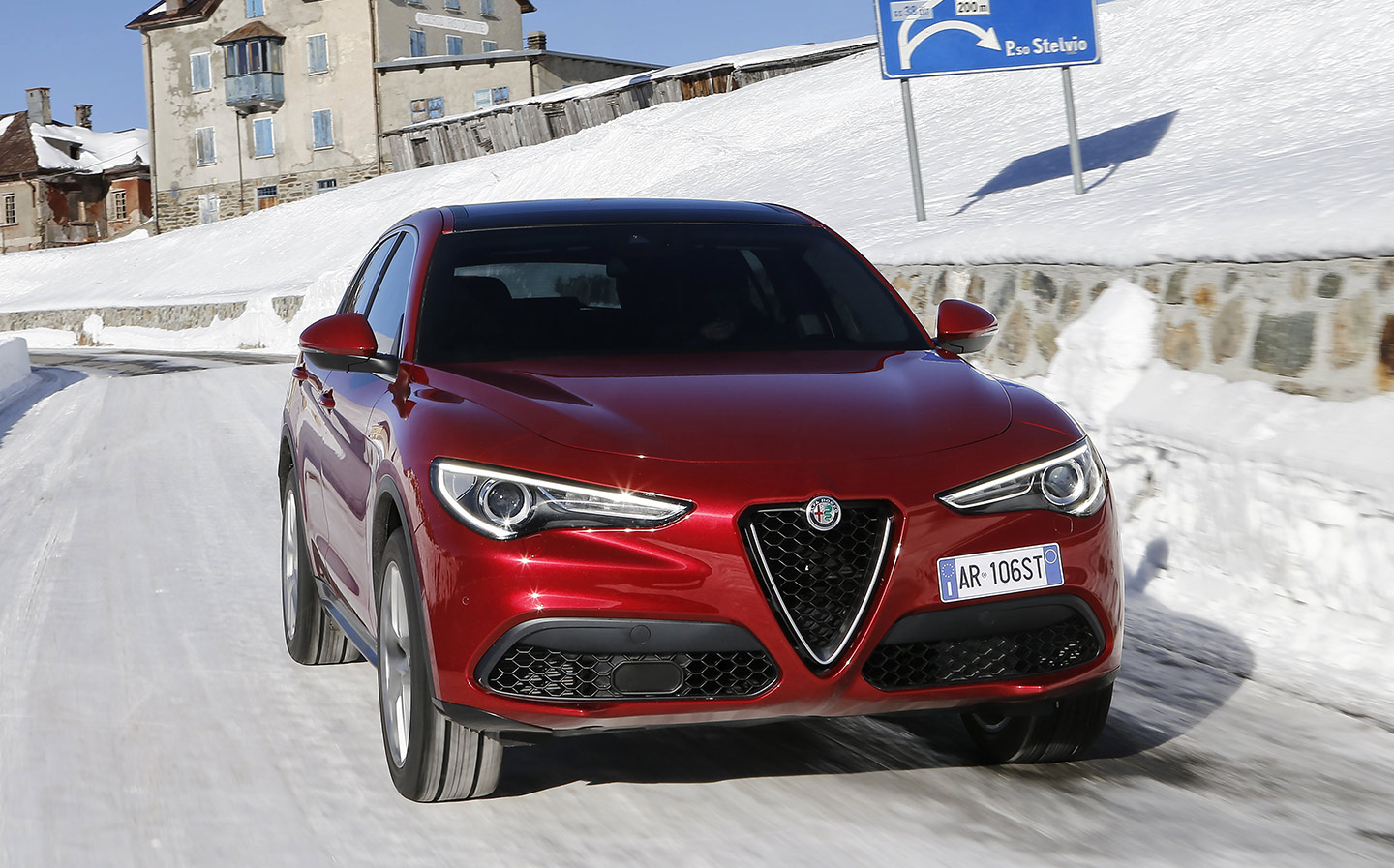 In a market full of SUVs, Alfa Romeo has created one with character and style. For extra adrenaline, there’s a hair-raising version called the Quadrifoglio. 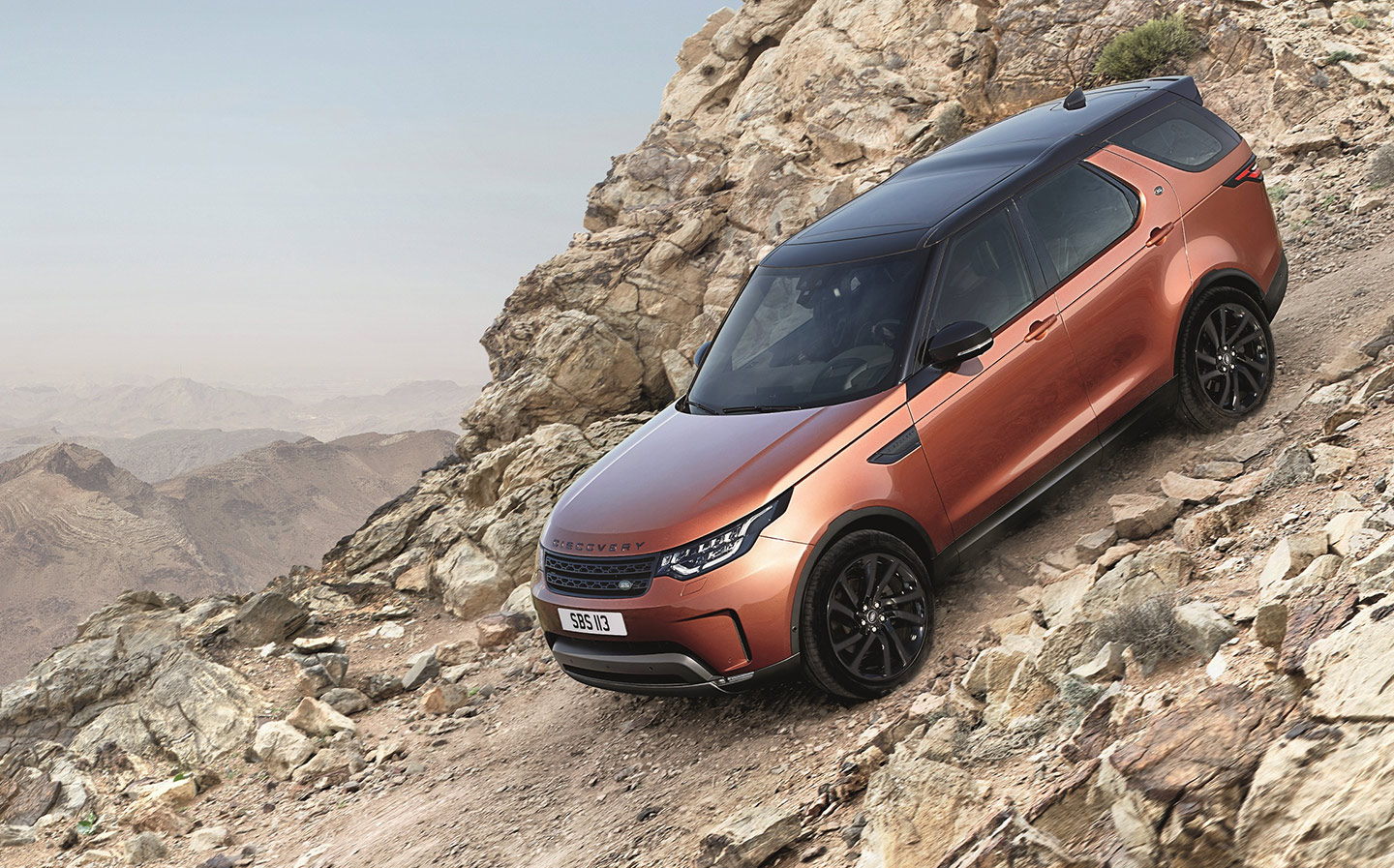 Land Rover’s made the new Discovery lighter and better to drive, with off-road credentials second to none. Its looks don’t please everyone, but does that matter? 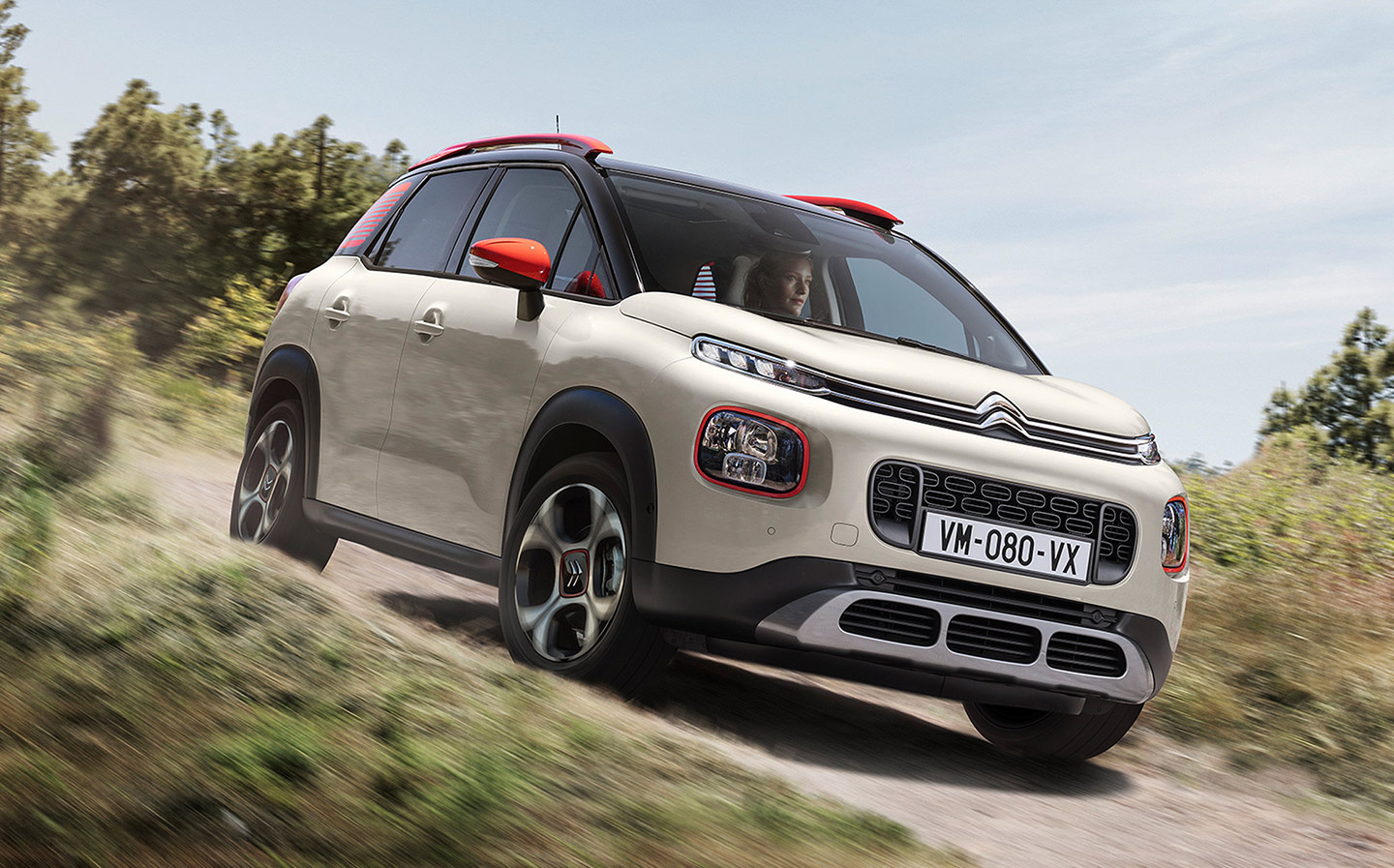 Never judge a book — or car — by its cover. Clarkson declared that the pint-sized C3
Aircross was “far and away the best off-roader that I’ve driven”. 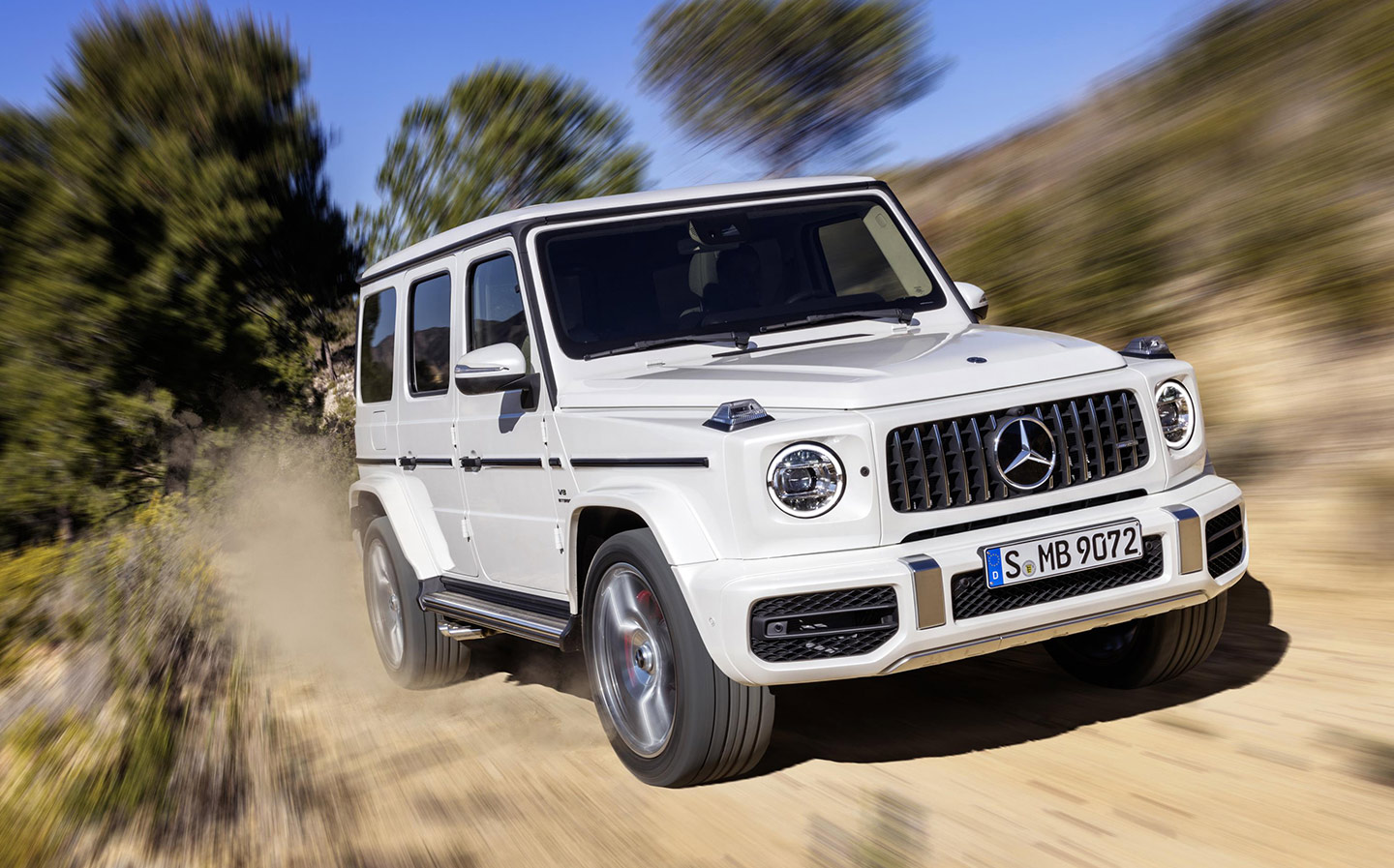 There’s very little quite like the Mercedes G-class, and nothing at all like the gutsy Mercedes-AMG G 63. Perfect for adventurers in a hurry. 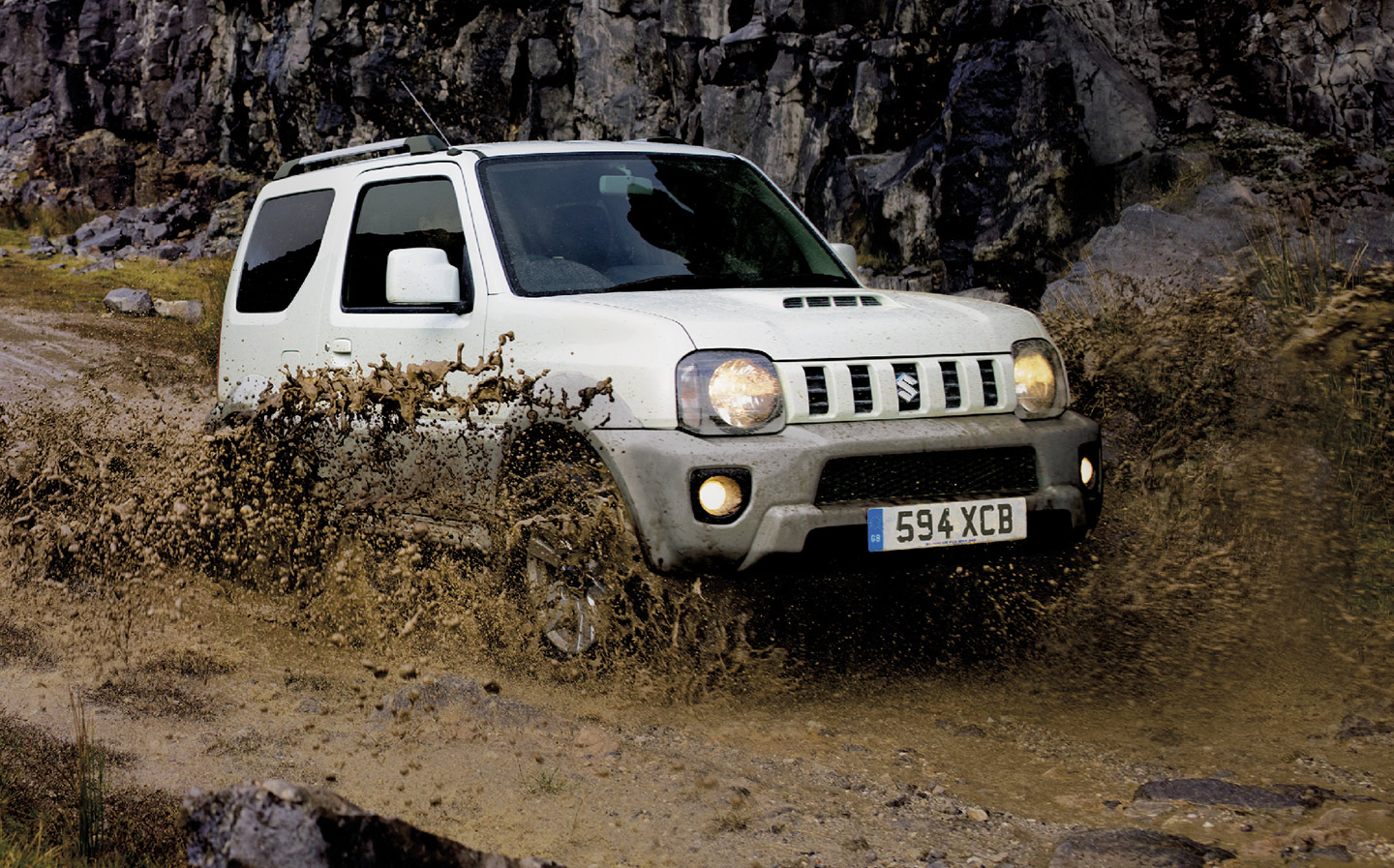 Small and tough, with room for a hay bale in the back, or a surfboard on top, the Jimny is proof that you don’t need a large SUV, or a large budget, to venture into the wilderness.