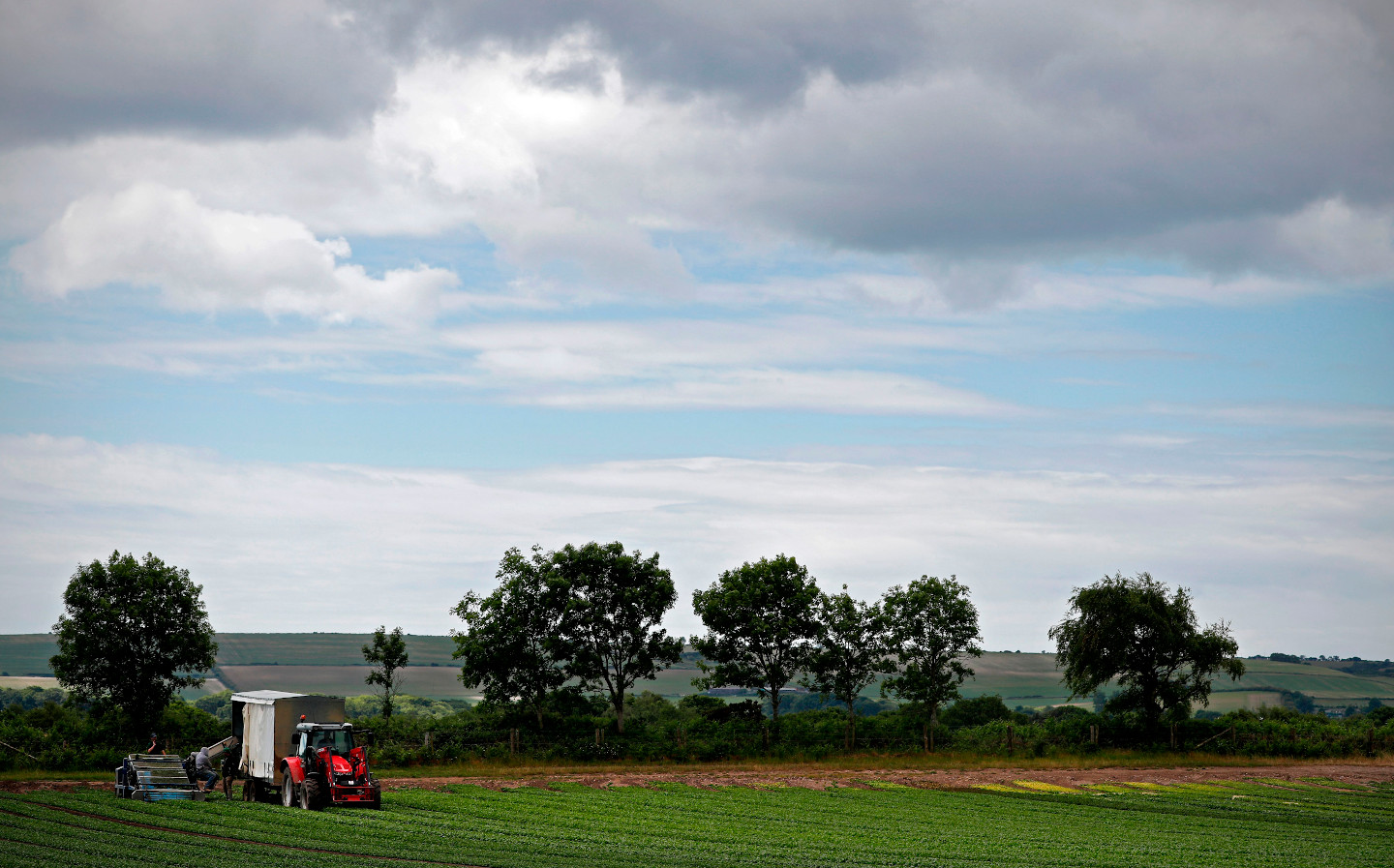 JEREMY Clarkson managed to find Victorian water pipes on his land through divination, he claims in today’s The Sunday Times Magazine.

Due to the lack of rainfall this year, the soil at his Diddly Squat Farm is parched (it’s currently a dust bowl, he says), and so the TV presenter and Driving columnist has been searching for ways to irrigate his crops.

Clarkson has been planting potatoes and other vegetables since the outbreak of coronavirus, so that locals can keep stocked up on produce as global supply is interrupted. In his words: “I’d be the broad bean king of Chipping Norton. And the man you call late at night if you need an onion.”

Obviously, irrigation is an important part of growing crops, but Diddly Squat suffers from being in an area short on reservoirs and on top of a hill. There are 10 springs that Clarkson knows of, he says, though none are in the right place for his needs. Luckily, a former custodian of his land had come up with an ingenious solution:

“In the 19th century, a previous owner installed a pump, which was used to force water from one of the streams to a tank at the highest point of the farm. And then gravity carried the water from this, down a network of underground pipes, to the troughs he installed in every field. Brilliant.”

However, for all his ingenuity the person who installed the system didn’t think to create a map of these underground pipes, nor the location of the tank that supplies them.

In perhaps one of the most un-Jeremy Clarkson things Jeremy Clarkson has ever done, on the advice of a neighbour (“called Charlie, who may be mad”), he set about location the Victorian pipes with a pair of metal coat hangers. Water divining, also called dowsing, is sometimes used in Steinbeck-esque, water parched farms in California, and is considered by many to be a pseudoscience.

“In my mind water divining is like ley lines and horoscopes,” wrote Clarkson in today’s article. “It’s nonsense. Two coat hangers will not react to the presence of water. Except for one thing. They do.”

Clarkson was amazed to find the metal in his hands going “berserk” in places. “I’d fire up the mini digger and, bugger me, right where the coat hangers had crossed, there was a pipe.”

Clarkson found the pipes all over his land, and even located the “massive Victorian underground water engine”. After replacing the pump and filling the tank at the top of the hill, he was confident it’d start doing its job again.

Sadly, the pipes all feed troughs located in the wrong parts of the farm. “They’re in fields full of nothing but marjoram and orchids and butterflies and ground-nesting birds. All of which can manage perfectly well without my subterranean water system.”

Clarkson tried creating a new pipe (again with his Lamborghini tractor) to the right locations, but that didn’t work either, partly because one of the fields is on the other side of a road, which he’snot allowed to dig up.

Desperate for a solution, he considered possibility of using a hovercraft as a water dispenser, but that didn’t seem financially viable, as to make a profit he’d have to “sell a broad bean for £17”. We’d better cross our fingers for some rain.

To read the full trials and tribulations of Clarkson’s quest for water, pick up a copy of this weekend’s Sunday Times Magazine or head to The Sunday Times website.

Oh, dear: Jeremy Clarkson has been playing with a chainsaw