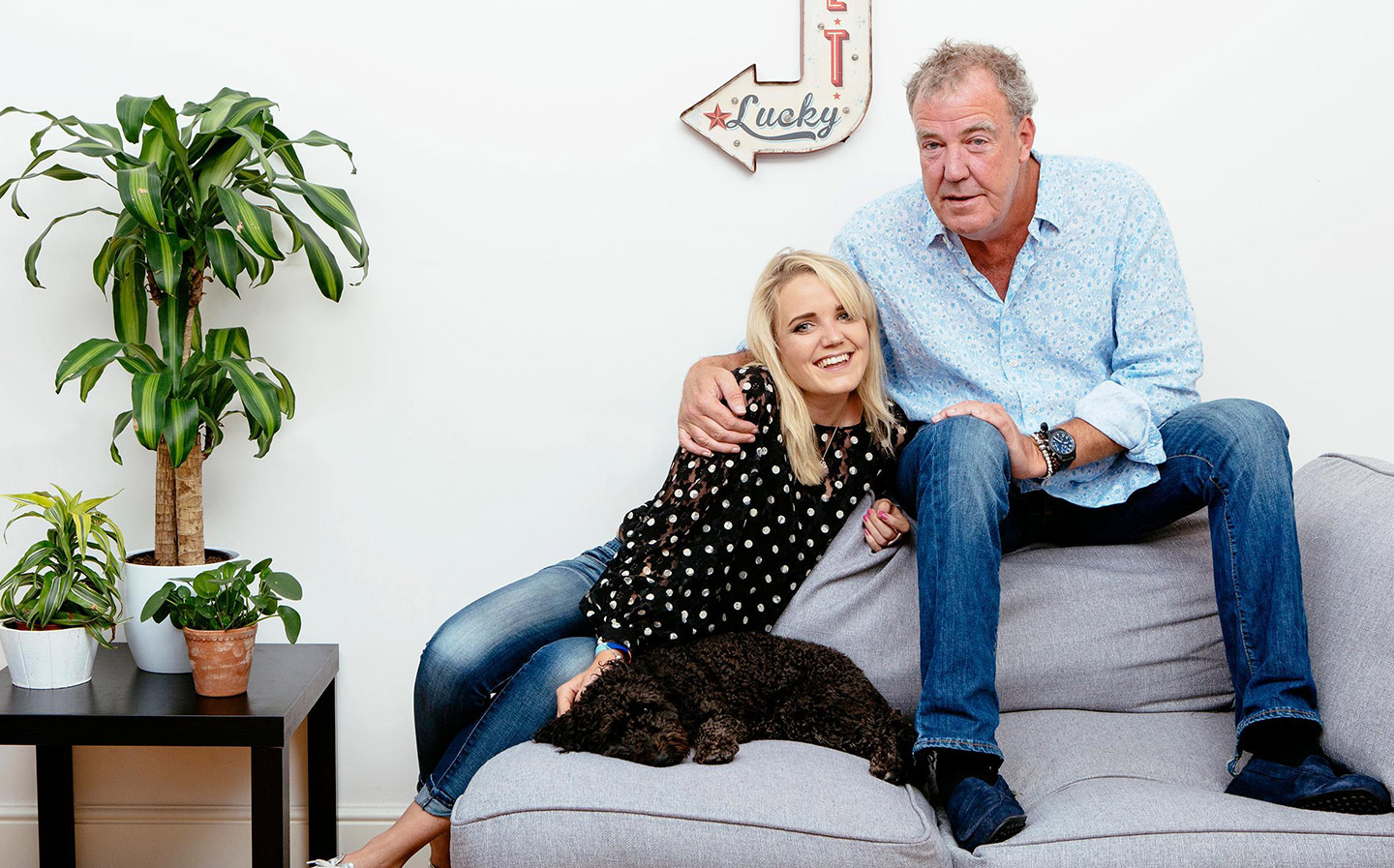 JEREMY Clarkson has revealed the cars likely to be chosen to drive his daughter Emily to — or possibly away from — her wedding.

Emily Clarkson, a blogger and author, 25, shared the fact that she and partner Alex Andrew, formerly of the boyband Taken, had become engaged via a social media post on March 20.

One month since ? ? ?? thank you for giving me such joy at a time of such uncertainty and worry. Love you forever. Will love you more when we’re allowed to not spend all day every day together ? @alexandrew.1 ❤️

The news was shared by Clarkson on his Twitter page in typical lurid fashion.

Today, I delivered 2 sheeps and as my hand was up a vag, my daughter called to say she was getting married. Weird to be so so happy.

During a recent online pub quiz hosted by Clarkson for DriveTribe, the motoring social network he created with fellow The Grand Tour hosts James May and Richard Hammond, an eager participant used a Q&A session to ask him, “What car would you drive to your daughter’s wedding?”

Given that Clarkson, The Sunday Times’s motoring columnist, recently revealed he has put in an order for a new Bentley Flying Spur, you might have thought that would be ideal for the job.

However, the car used at Emily’s wedding is likely to be her choice, not her father’s, despite his encyclopaedic knowledge of what might make the ideal wheels for the task.

“What car? I’m not quite sure,” Clarkson began. “If it were left up to her, it will be a Range Rover Sport — I know she’s particularly partial to it.”

Writing in The Sun late last year, Emily said she had been invited to participate in Love Island but turned it down for multiple reasons (including being in a long-term relationship, of course), despite the opportunity to be given free gifts and branding deals, and “no amount of Range Rover Sports would see me sell my soul to this particular devil”.

That wouldn’t be her only car of choice, though, according to her dad. ”Her other favourite car is an AC Cobra [which he pronounces “cob-ra” rather than “co-bra”], he added during the DriveTribe quiz. “Or, actually, she’s very partial to a Shelby Mustang.”

Confirming it’s likely to be one of those three cars, Clarkson added: “That’s what she’ll go in… or go away in.”

Whatever car is eventually chosen, it’s unclear who will drive Emily to the church. Clarkson may want to do it himself, of course, and he’s no stranger to the job, having posed as a wedding chauffeur for an episode of Top Gear in 2010, alongside co-hosts Richard Hammond and James May. The trio were attempting to find the world’s greatest four-seat supercars and as part of the film were challenged to drive the key members of a wedding party to the church.

Miss Clarkson may have other ideas for her own special day, though, as her dad turned up for that job in his trademark blue jeans, which he then decided to disguise as smarter trousers by covering with black tape. He then told his passengers, which included the mother of the bride, “If I’ve got whiffy pits, I apologise, but it is from wearing slightly hot trousers,” before engaging Sport Plus driving mode in his Porsche Panamera Turbo and driving at breakneck speed.

And Clarkson himself has been married twice before, first to Alexandra Hall, in 1989, and then to Frances Cain, in 1993, with whom he had three children, of which Emily is the eldest.

Clarkson finished his answer during the quiz by saying: “It’s a very happy time for the Clarksons because she’s engaged to a very nice man and we’re all very happy.”

In a Relative Values article for The Sunday Times Magazine in 2017, Emily revealed: “Dad was quite awkward the first time Alex came to stay with the family in the Cotswolds.

“He said, ‘OK, cool, great,’ when I told him on the phone, and, ‘Gotta go now, bye.’ He likes Alex. His only rule has been that I can’t date someone who rides a motorbike.”

Clarkson said of his daughter: “I am incredibly proud of her. My heart is 16ft across with pride for how well she’s done. She is a hilariously funny writer, with a great ability to be flippant at the end of a sentence.”