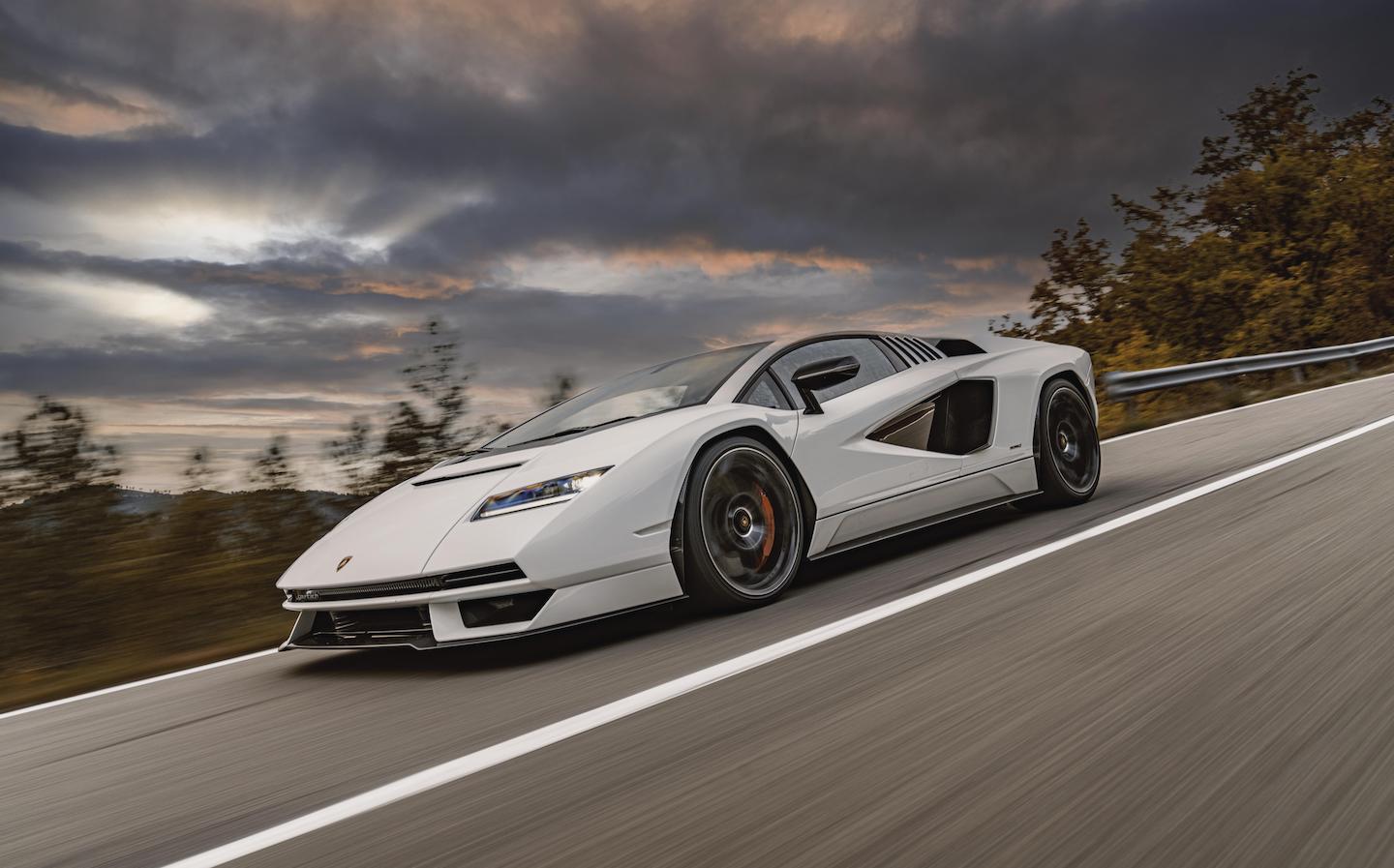 Jeremy Clarkson has described Lamborghini’s revival of the Countach, its 1970s and 80s pin-up supercar, as “tinkle-grabbingly exciting to behold” and said it’s an awful lot easier to drive than its predecessor.

Reviewing the Countach in The Sunday Times Magazine today, the star of The Grand Tour and Clarkson’s Farm said he had been promised the Aventador Ultimae he drove a few weeks back was the swan-song for Lamborghini’s current V12 engine, he was filled with “surprise and delight” when yet another “Even More Ultimate” Lamborghini tuned up on his doorstep not long after.

In 2021, Lamborghini unveiled the Countach LPI 800-4, a small-run hypercar based on the Aventador, with the same hybrid powertrain as the Lamborghini Sián FKP 37 and with styling inspired by Marcello Gandini’s wedgy supercar of the 1970s.

“Let me give you the numbers,” said Clarkson. “It costs £2 million. It produces 804bhp and it has a top speed that’s limited for safety reasons to 221mph.”

However, the revival of the Countach name stirred up some unpleasant memories of the original for Jeremy. Despite its poster-boy appeal, it was notoriously difficult and uncomfortable to drive.

“To get even remotely comfortable you needed to have no neck at all and your arms to be the exact same length as your legs. Think monkey,” he wrote.

“Next, there’s the steering. What was it like? No idea. No one has, because no one who’s ever been born has been strong enough to turn the wheel.”

Reversing was a big problem, he noted, because rearward visibility was non-existent: “The only way of seeing what’s what was to raise the door and sit on the sill, while looking over the roof and simultaneously trying to operate a clutch pedal.”

Ventilation was poor and windows didn’t wind down more than an inch, he claimed, making toll-booths a challenge. It wasn’t even especially fast — not by today’s standards, at least.

“Lamborghini said the first-generation LP 400 would do 186mph, but most people seemed to agree that realistically 170mph was your top whack. And 0-60 was dealt with in 5.6 seconds. About the same as a nineties hot hatch.”

All its downsides notwithstanding, the old Countach was still “pure theatre, a poster car, a dream car” because of its “spaceshippy” looks and the fact that it looked so futuristic on roads surrounded by Ford Cortinas and Austin Allegros.

Thankfully, it’s those looks rather than the old Countach’s other foibles that have carried forward to the new model.

Noting that some “hard point” elements of the Aventador on which it’s based had to remain for engineering reasons, Clarkson pointed out changes to the front, rear and sides. “I’ve got to admit,
it’s tinkle-grabbingly exciting to behold,” he said.

“It shouldn’t have worked and yet it really, really has. They’ve made another poster car.”

On the road, the Countach is “noticeably faster” than the Ultimae thanks to its hybrid boost, Clarkson found.

While the new Countach is a lot easier to drive than the old one, nimble and delicate it is not, Clarkson found.

“You drive it by grabbing the scruff of its neck and kicking it into the corners. It’s a brute and it needs brute force. But thanks to the massive tyres and the hot weather and the four-wheel drive system, it never once complained. It just did what I was telling it to do. In the same way that a cow will do what you tell it to do if you use enough electricity in the prod.”

Although impressed by the interior, Clarkson couldn’t fathom the infotainment system but said he didn’t really need to because he was quite content to listen to the glorious sound of the V12 engine, “especially on the downshifts when it snuffles and crackles and pops slightly.”

Sadly, like its forebear, the Countach LPI 800-4 is destined to remain an image on a poster (or a phone wallpaper) for most people due to the limited production numbers.

“Just 112 examples have been made and they’re all sold,” Clarkson wrote. “God knows why they lent one to me. But I’m very happy they did.”

Read Clarkson’s review of the new Lamborghini Countach in full at The Times and Sunday Times website (subscription required).