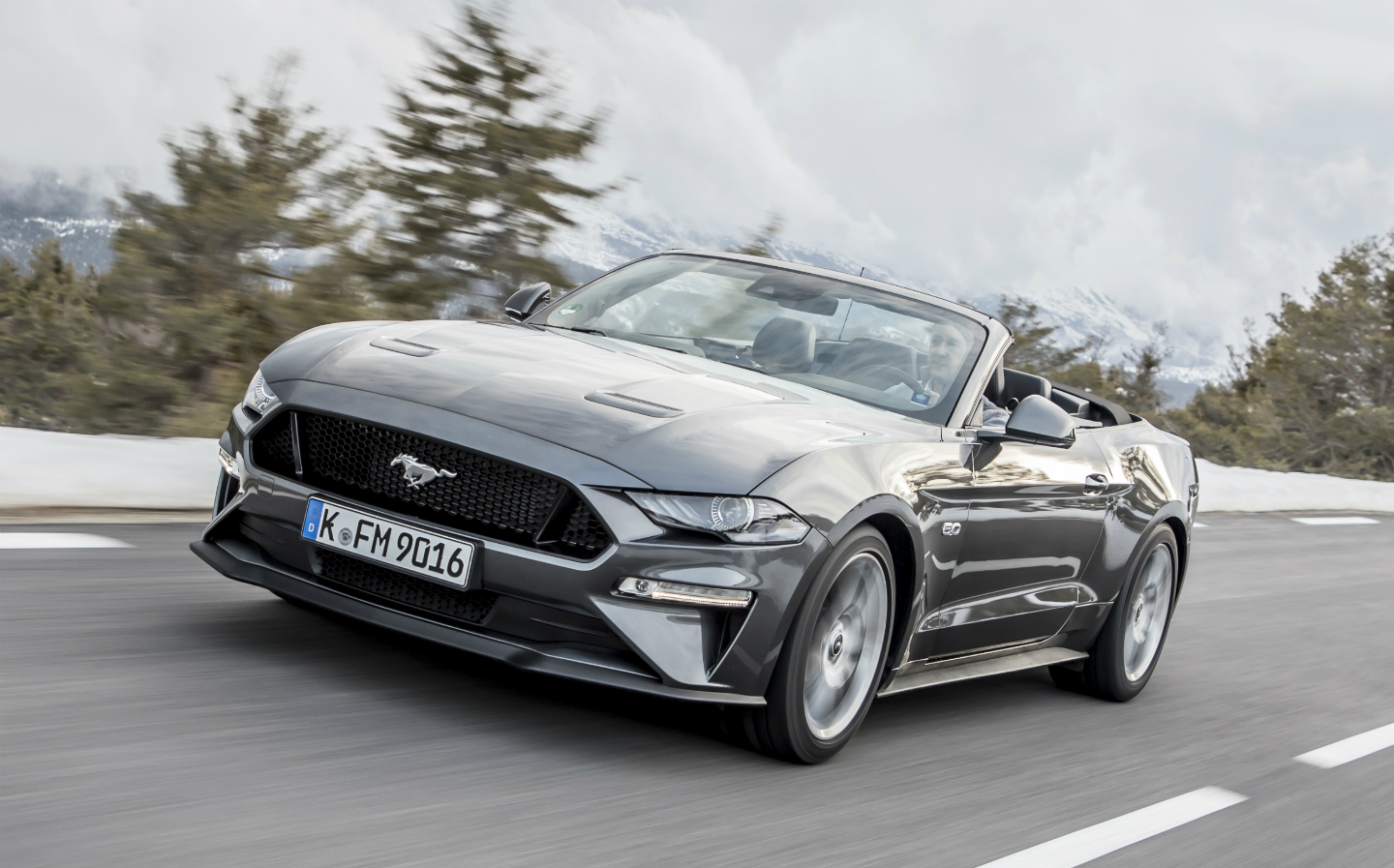 JEREMY CLARKSON is no stranger to tearing into American muscle cars. Even when he’s fond of them (for example the Chevrolet Corvette ZR1 he crowned car of the year in 2008), the Sunday Times columnist will focus strongly on shortcomings, often related to build quality.

Arguably, the only American performance car he has been consistently kind to of late is the Ford Mustang. Clarkson adored the V8-powered GT model when he first drove the latest generation of ‘Stang in 2016, and the power-obsessed presenter wasn’t even peeved off with the four-cylinder EcoBoost model he took it for a spin a year later.

Two years on and a mid-life facelift later, does the pony car still tick all the right boxes for the picky Grand Tour presenter? In Clarkson’s review of the convertible model, which appears today in The Sunday Times Magazine, the journalist says he covered nearly 1,100 miles in the Mustang on a family road trip to France, so he should have been able to form a pretty solid opinion of the car.

Despite recent form suggesting he doesn’t tend to get on well with cars he uses on holiday, Clarkson appears to have thoroughly enjoyed his time behind the wheel of the Ford. Even moments when something went off script — such as when the car’s sheer size made it “a bit of a nuisance” to drive down Bergerac’s tight city streets — didn’t put a dampener on the experience.

Part of that is because the convertible Ford Mustang represents “extraordinary value for money”. For sure, a car with a £46,545 won’t be seen by many motorists as a budget offering, but it’s more affordable than some other muscle cars — the 444bhp Mustang is more powerful than the similarly-sized BMW 8 Series Coupé that Clarkson tested earlier this year, but is half the price.

It helps that the Mustang is also, according to Clarkson, in its comfort zone when munching up motorway miles:

“After an 11-hour drive back to London, I stepped out without any aches at all. I’d listened to Rich Hall on the brilliant stereo, spent much less than expected on fuel, had the wind in my hair when it was sunny and icebox air-conditioning when it wasn’t.”

All of this and more left Clarkson to reach this perhaps very surprising conclusion: “I don’t want a US muscle car —I’d feel like a traitor to the cause of good engineering — and I don’t need a Mustang. But I miss the car that took me across France so much, it actually hurts a little bit.”

Proof, if you needed it, that the bond between man and machine goes beyond technical excellence, handling feel and build quality.