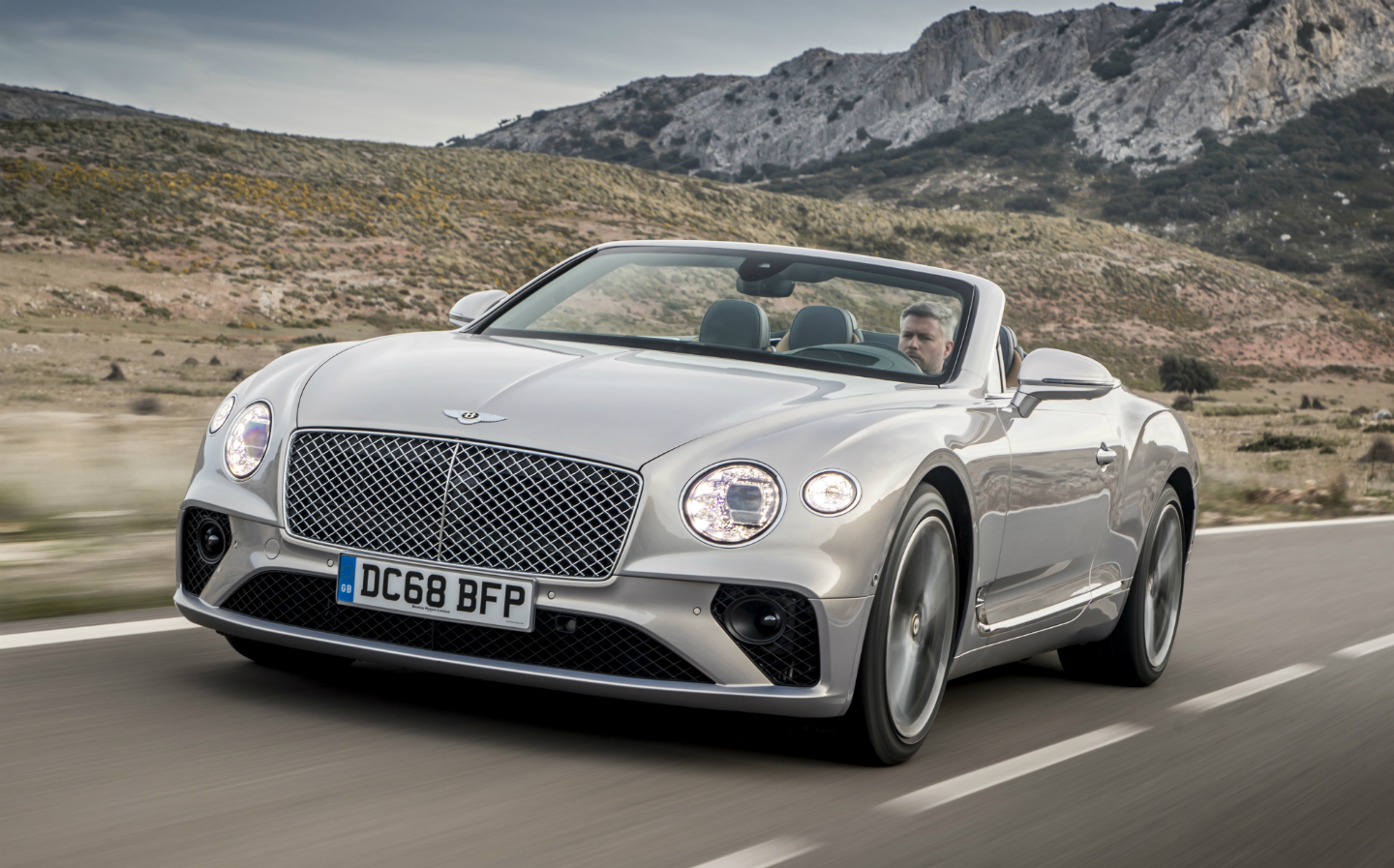 JEREMY Clarkson has confessed to preferring more cossetting cars in his old age but when you look at the cars he’s reviewed for The Sunday Times so far this year, he’s likely to have been sorely disappointed (in more sense than one).

From mid-engined supercars such as the newly-facelifted Audi R8 to the Suzuki Jimny off-roader and the van-derived Peugeot Rifter people carrier, the models he’s tested haven’t exactly been the epitome of comfort and luxury.

That changed somewhat with the car featured in the paper today, however: the brand new Bentley Continental GT Convertible.

As the Grand Tour host was impressed with the hard top Continental GT (it was one of his highest-rated cars of 2018), it’s arguably not that much of a surprise that he also liked the convertible model.

OK, the interior trim of Clarkson’s test vehicle meant that “when you climb into the Continental GT, it’s like climbing into Lewis Hamilton’s head”, but he could only find one real fault: the “almighty fuss” made by the car’s eight-speed automatic gearbox whenever it moved up from first to second gear.

Bar that issue (which Jezza likened to “damning a hotel because a breakfast waitress dropped a coffee cup”), and the problem of no-one looking good in the back of a four-seater convertible “except Hitler” (Bentley gets around this by making the rear seats only big enough for a small child), he otherwise “absolutely loved being in this car”.

But confusingly, Clarkson did identify a more serious problem: a high pitched noise coming from the wheel arches and tyres at motorway speeds. It was so bad that he claims he resorted to stuffing tissues in his ears. Mind you, he found the same problem recently while driving the i8 Roadster and even his own Range Rover, he admits, so perhaps it’s more of an issue with him than the cars.

We’ll get the syringe.