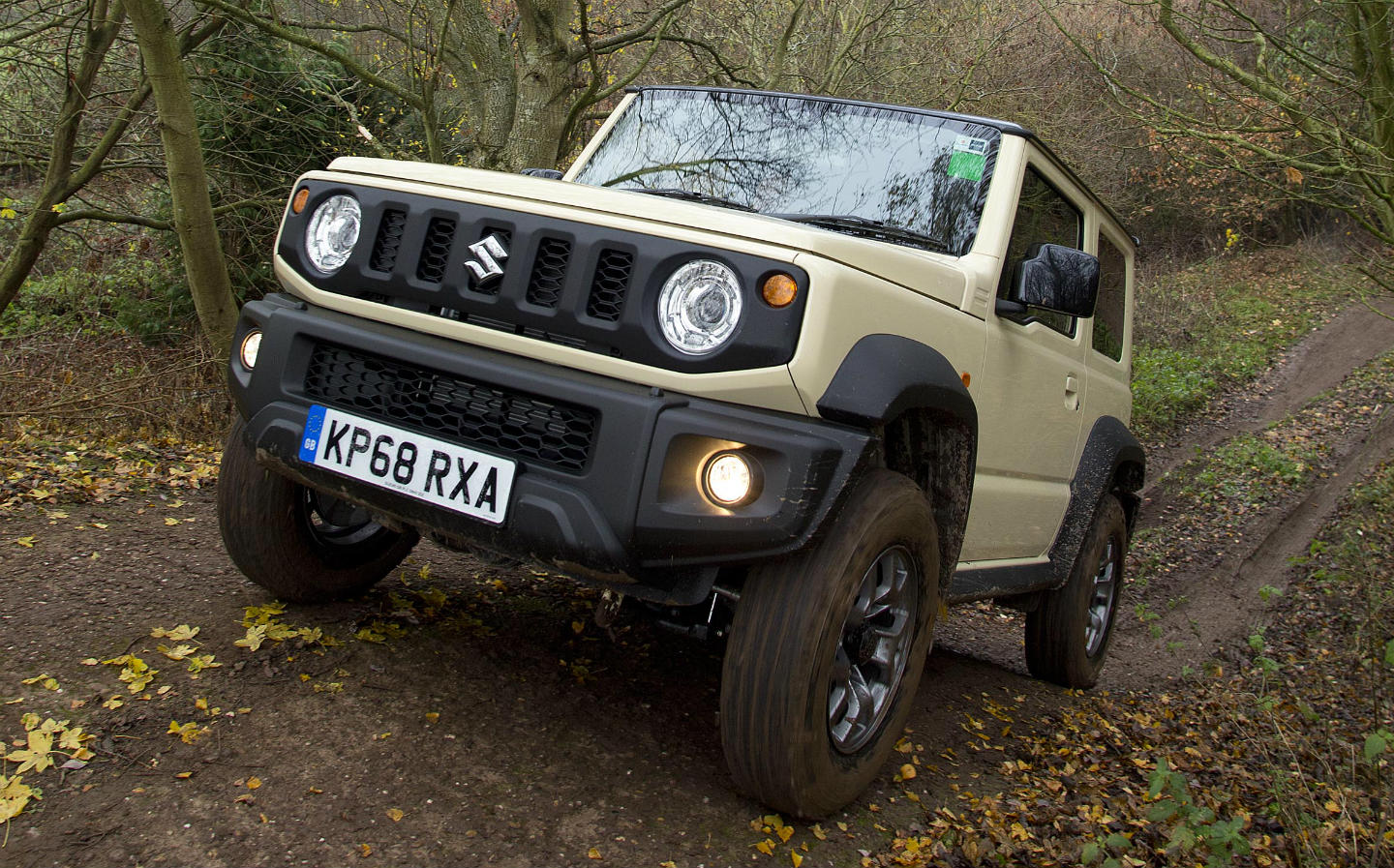 AFTER A post-Grand Tour grand holiday, Jeremy Clarkson is back providing regular car reviews for The Sunday Times Driving and his comeback car is one with a devoted fanbase to wind up: the tiny Suzuki Jimny 4×4.

To no-one’s surprise, Clarkson finds more than one problem with the Jimny. With only 100bhp to call upon, performance is described as “woeful”; but you’d not want to get it up to speed, as the loud engine and poor refinement mean the little off-roader feels “like a spaceship on re-entry” when driven at motorway speeds.

Unsurprisingly, considering he’s well over six foot tall, Clarkson isn’t particularly impressed with the lack of space in the Suzuki, either. Granted, it’s not pretending to be a big car (a Fiat 500 is 10cm longer), but that doesn’t stop JC from criticising the cramped cabin: you might as well keep the rear seat backs folded down permanently, as there’s barely any usable legroom in the back, he reports.

If you like the Mercedes G-Class-alike shape but are worried the Suzuki’s comparatively diminutive size makes it somewhat less cool, there is a solution, according to professor Clarkson: stand closer to it.

And despite its crude on-road manners, the little Jimny is still a hoot to drive, he says: “I put it in rear-wheel drive at one point and turned off the traction control, and in one of my fields I was reminded what it was like to be five. I’d like to thank it for that.”

Engage four-wheel drive and the Suzuki gets close to being unstoppable off-road, he adds. It proved particularly adept over slippery damp grass (or “green ice”, as it’s known in Clarkson’s neck of the woods). “If you fitted it with off-road tyres, it would get to places that would defeat a Land Rover,” he writes.

What’s more, even in the near-£18,000 range-topping spec, the Suzuki is considerably more affordable to buy than any other proper off-roader.

So, he argues, while you may want a Range Rover or Lamborghini Urus, all you need is this. And in an austere future under Jeremy Corbyn, that could make it the perfect motoring solution, Clarkson concludes.

Read his full review at thesundaytimes.co.uk