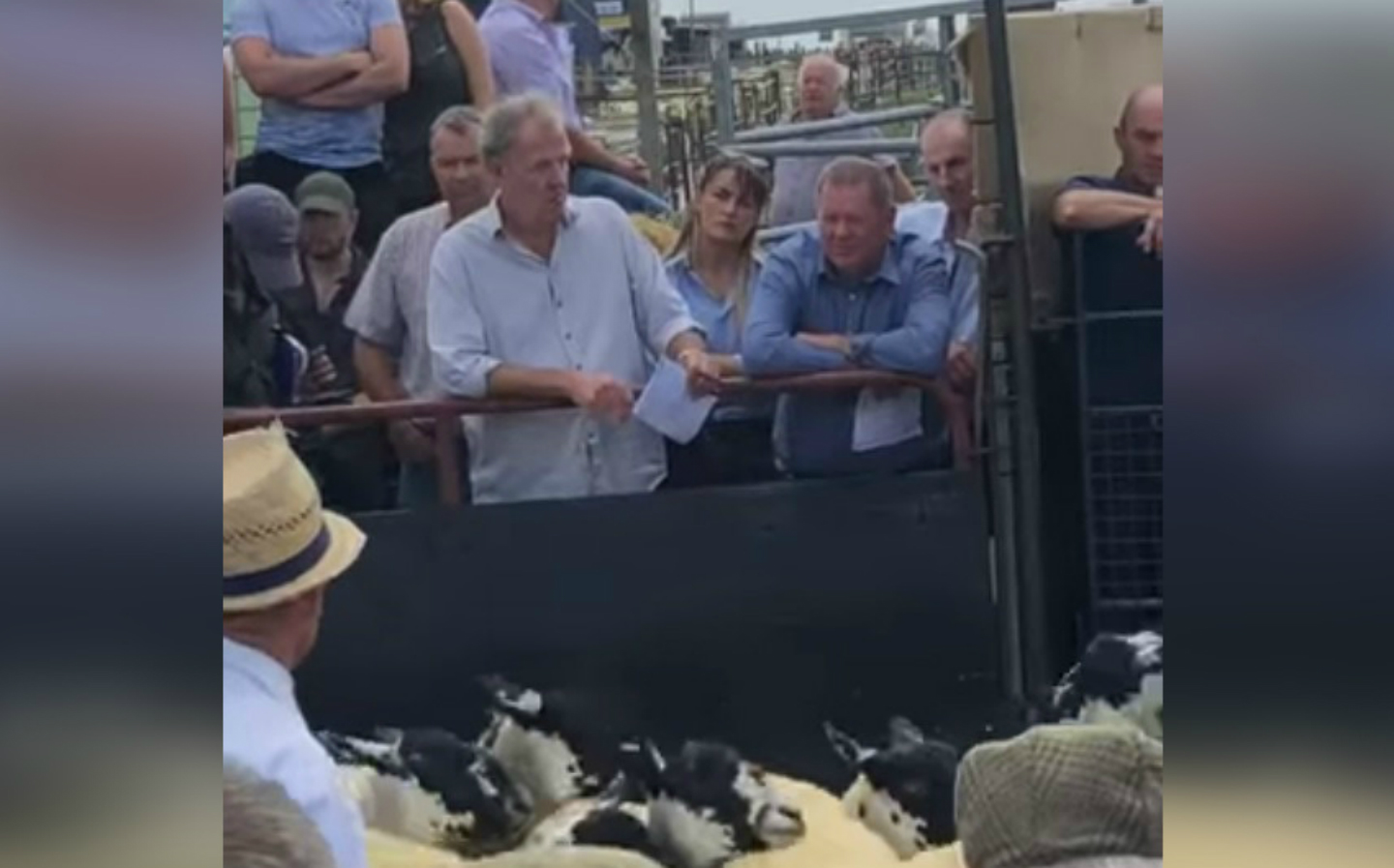 THE GRAND Tour presenter and Sunday Times columnist Jeremy Clarkson has been spotted placing bids at auction. However, instead of snapping up a car with a wedge of horsepower he’s gone for sheep power, picking up a flock of the animals for a new TV show.

As footage released by the North of England Mule Sheep Association shows, Clarkson is now the proud owner of several sheep after a successful bid of £146 per animal for the farmyard staples.

It wasn’t explained why exactly Jeremy Clarkson was attending and buying sheep at an agricultural fair, though it doesn’t have anything to do with an challenge for a future episode of the Grand Tour. Instead, the livestock will feature in his upcoming Amazon Prime series I Bought The Farm.

Filming for the show is expected to start in September, with the finished programme due to air on the on-demand streaming service at some point in 2020.

In an exclusive interview with The Sunday Times, Clarkson confirmed I Bought The Farm won’t consist simply of Grand Tour-style antics with a farming theme. While the show will apparently contain more lighthearted material, such as riding around on hovercrafts and herding sheep with drones, the presenter and motoring journalist said it won’t sugarcoat the less glamorous aspects of working on a farm.

He said: “We’re not making Countryfile. We’ll be showing it warts and all. For example, I have no view on badger culling in terms of whether it’s necessary, but if it’s happening we will not shy away from putting it in the programme.”

He added: “This is not Kate Humble — much as I like Kate Humble — with 20 acres, bottle-feeding a lamb. Or a TV presenter who grows veg in his back garden. This is actual farming: life, death and form filling.”

While I Bought The Farm will be Jeremy Clarkson’s first foray into farm-focused TV programming, he has supposedly tried floating the idea before. Sources close to Clarkson told The Times he’d tried pitching the idea to higher-ups at the BBC on at least two occasions; one attempt in 2012 that fell through (allegedly because the broadcaster wanted to film the show in the north of England, rather than on Clarkson’s Oxfordshire estate), and another attempt was made in 2015 in the wake of his infamous “fracas” with a Top Gear producer.

Clarkson will be busy filming at his farm in Chipping Norton, which he has called “Diddly Squat”, over the coming months, he will still get the chance to drive machinery more potent than his Massey-Ferguson tractor thanks to his motoring column for The Sunday Times Magazine. One of the vehicles he’s tested is set to be crowned his overall Car of the Year in October, at the Sunday Times Motor Awards 2019.

Work is also underway for the next (and now studioless) season of The Grand Tour, with posts on Jeremy Clarkson’s Instagram page suggesting at least one of the episodes will see the presenter and his co-hosts Richard Hammond and James May undertake an epic bike ride across Cambodia and Vietnam.

Not the easiest shoot but it’s just about done. You’ll be surprised.

Clarkson, Hammond and May announce end of studio car shows