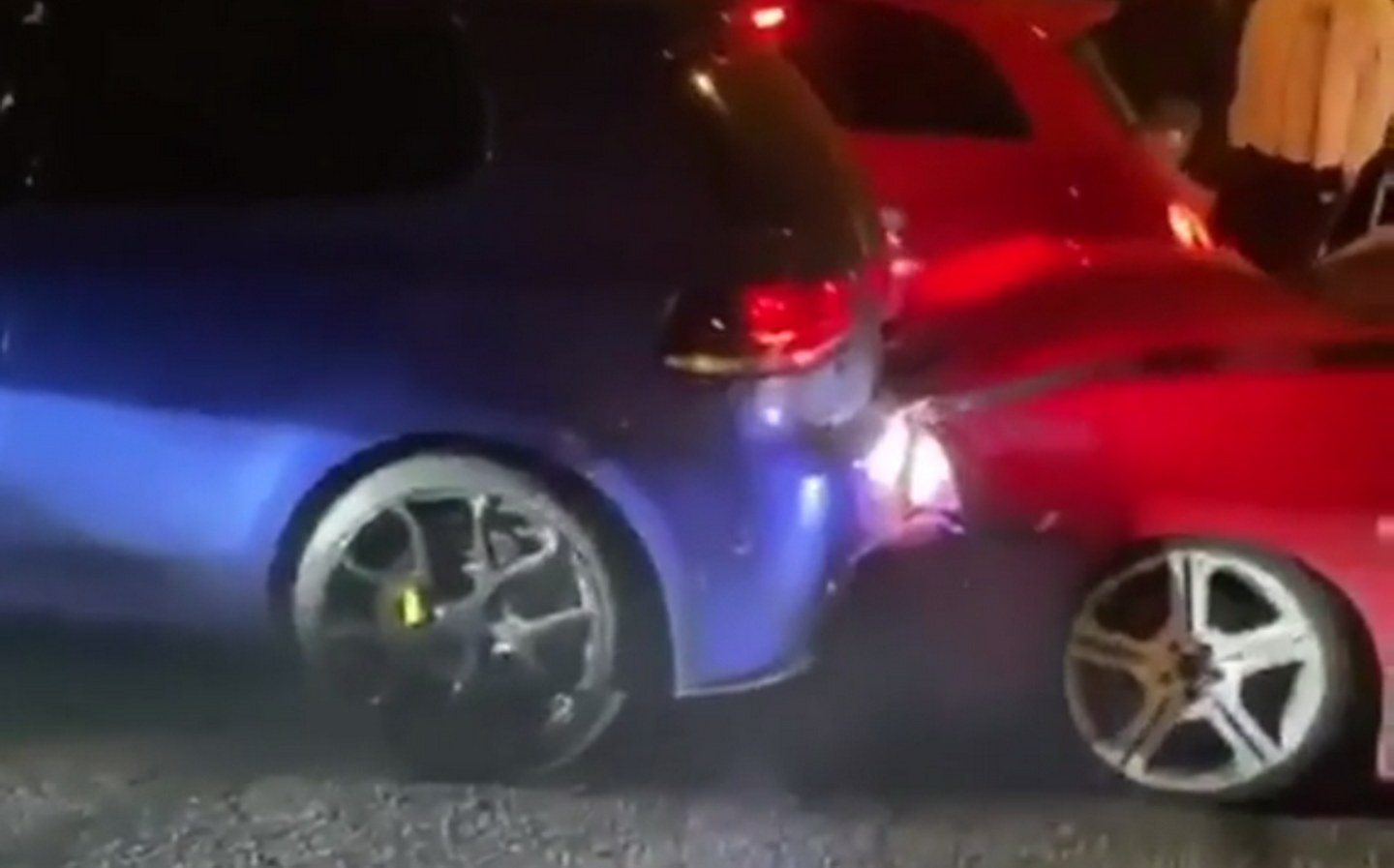 A VIDEO has been released showing a collision in Spain between two street racers, neither of whom were racing each other and which, bizarrely, occurred in reverse.

The clip, which was uploaded to the IdiotsInCars sub-Reddit, features two cars, a blue Mk.6 Volkswagen Golf R lining-up to race against an orange BMW 1 Series Coupé. Depending on both cars’ level of tune, the Golf should have easily won with its four-wheel drive and 267bhp — if it had been going forward, that is.

As a large crowd gathers around to watch the illegal street race, the Golf’s reversing light can be seen coming on immediately before the starter gives the signal to go.

As the starter waves them off, the Golf careens backwards with a crackle, bang and spurt of flame from its twin exhausts, smashing into a red Seat Ibiza parked behind. 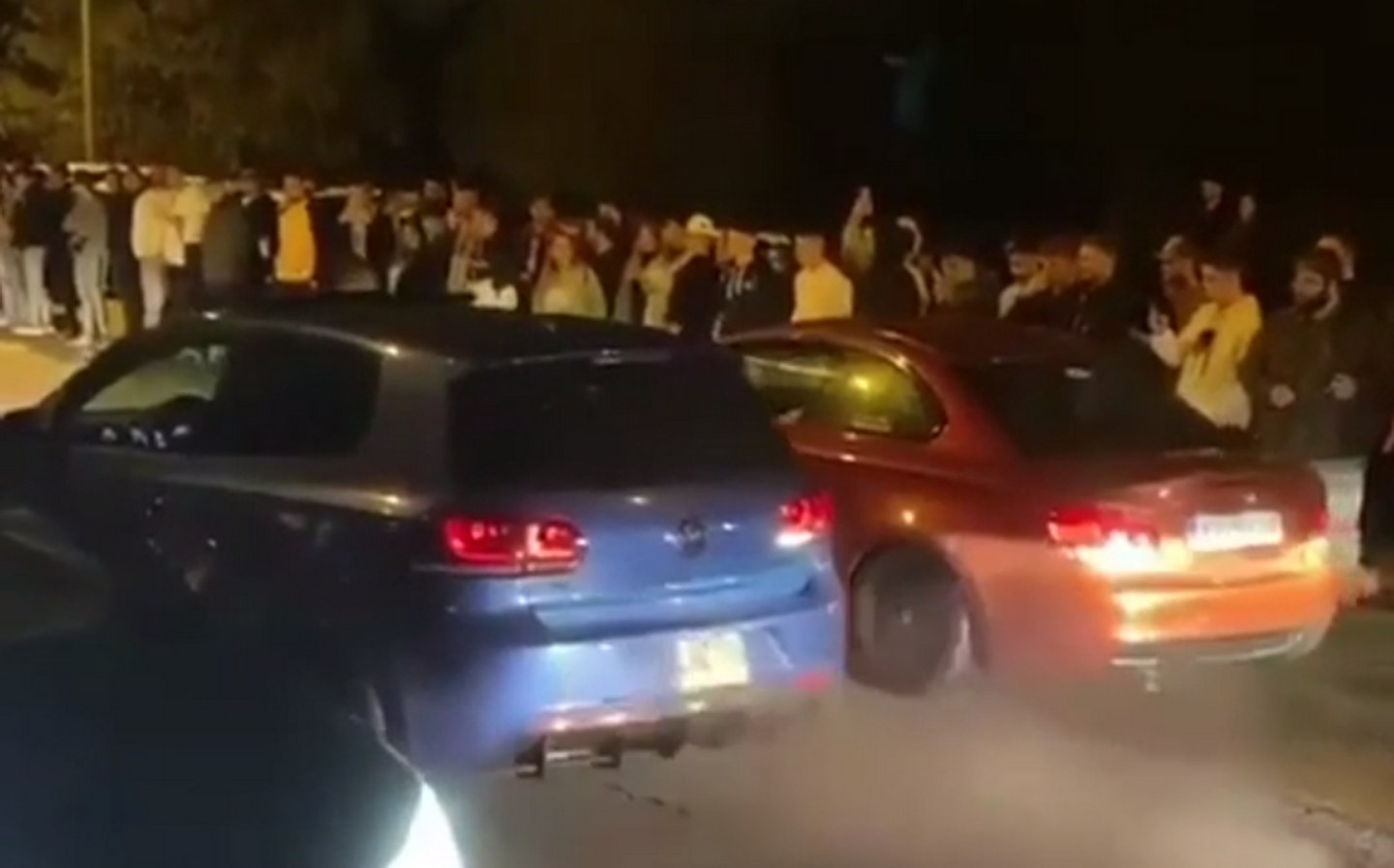 Instead of stopping to exchange insurance details though, the Golf drives away, appearing relatively undamaged. The Seat, on the other hand, looks to have sustained considerable front-end damage to the bumpers, bonnet and wings, and steam can be seen emanating from the grille, indicating further damage to the radiator and cooling system.

Neither party appears to have been injured.

The incident was almost certainly caused by driver error rather than mechanical malfunction. What probably happened is that the driver simply selected Reverse rather than Drive on the Golf’s six-speed dual-clutch DSG automatic gearbox and didn’t realise his mistake until he had violently collided with the car behind. 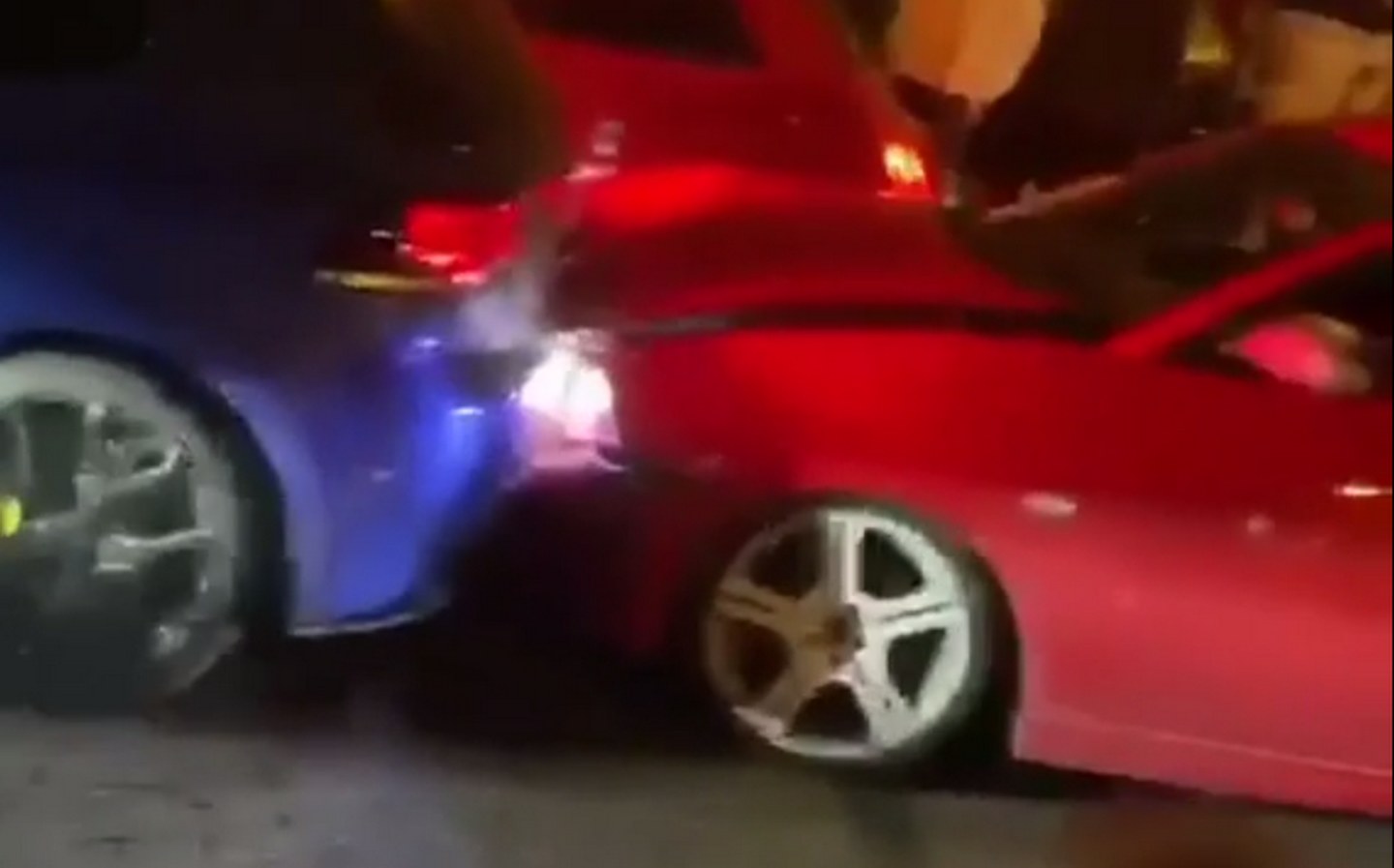 Although it’s possible that the Golf had a manual gearbox, to select reverse rather than first gear would involve pushing the gear-knob down and slotting it into reverse — something that is harder to do accidentally than selecting reverse on the automatic.

The 267bhp delivered by Golf R’s 2-litre turbocharged engine is enough to complete the 0-62mph sprint in 5.5sec and take it on to an electronically limited top speed of 155mph. Its top speed in reverse hasn’t been confirmed.

The BMW 1 Series doesn’t appear to be a 1 Series M Coupé, so it could have either been powered by a 2-litre four-cylinder engine or a 3-litre six developing anything between 140 and 301bhp. 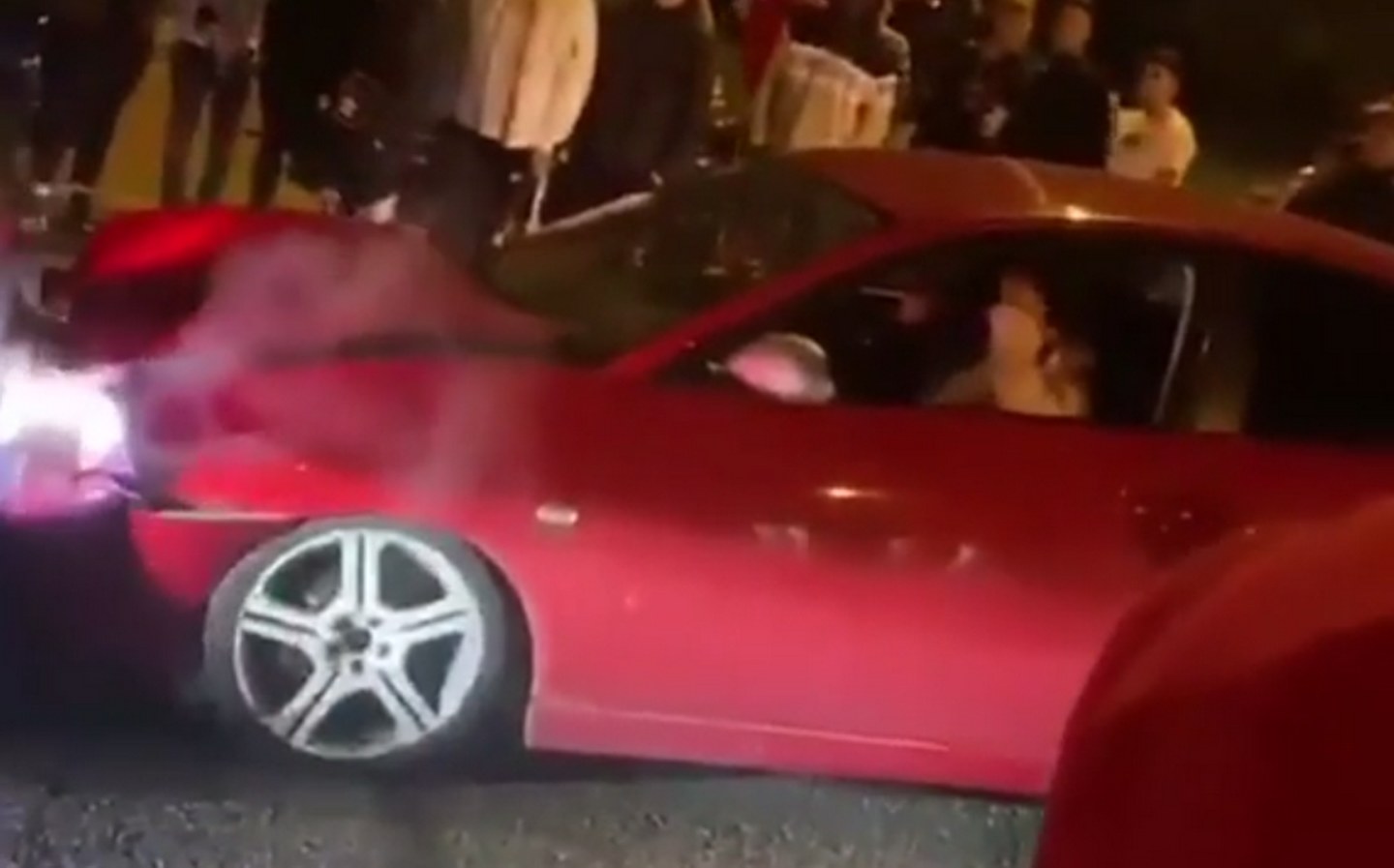 The Seat Ibiza looks to be a third-generation model, though it’s not possible to say exactly what was under the bonnet. Considering that it was set to race against a Fiat 500 Abarth, it’s possible that it may have been a petrol 1.8 FR or Cupra model or a 1.9 diesel rather than a smaller-engined three-cylinder Ibiza.

Either way, from now on the poor Ibiza will be going neither very fast nor very far.