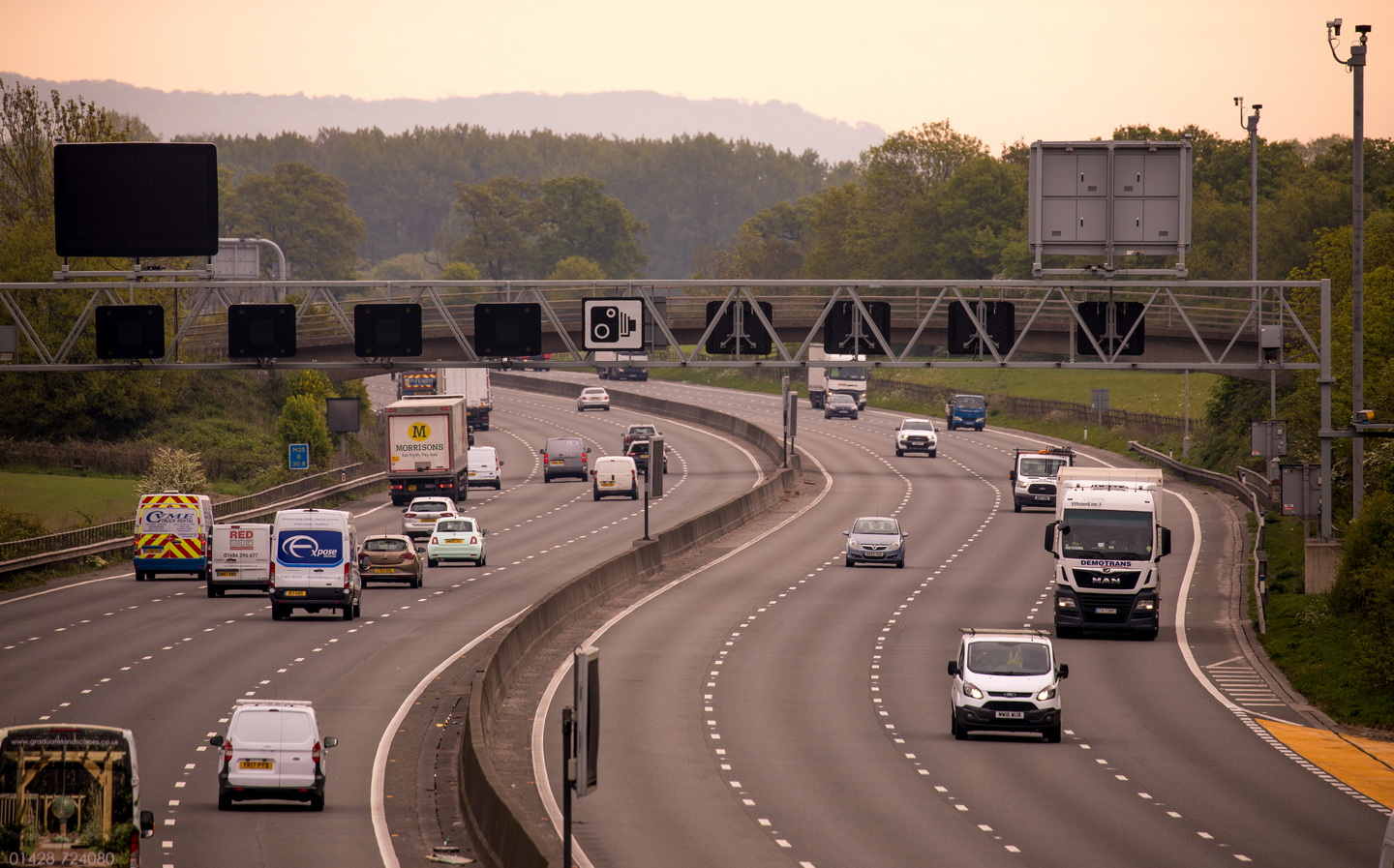 THE WIDOW of a man who died on a smart motorway witnessed a crash near the scene of her husband’s accident while having her photograph taken for a newspaper.

Claire Mercer was having the photo taken on a bridge over the M1 motorway near Junction 34 for a Daily Mail article about the dangers of “all lane running” (ALR) smart motorways when the incident between a car and a lorry occurred.

Writing in the newspaper she said: “I heard from behind me a sickening thud. A lorry had slammed into a car and dragged it hundreds of yards down the carriageway. I was in shock: my own husband, after all, had died on the opposite side of the same stretch of road.”

It is understood that there were no fatalities in the recent incident.

Mercer’s husband Jason, 44, and delivery driver Alexandru Murgeanu, 22, were both killed on June 7, 2019 after a lorry struck them while they exchanged insurance details on the ALR section of the M1 following a minor collision. The pair had stopped as close to the safety barrier as possible, in sight of a gantry-mounted camera. 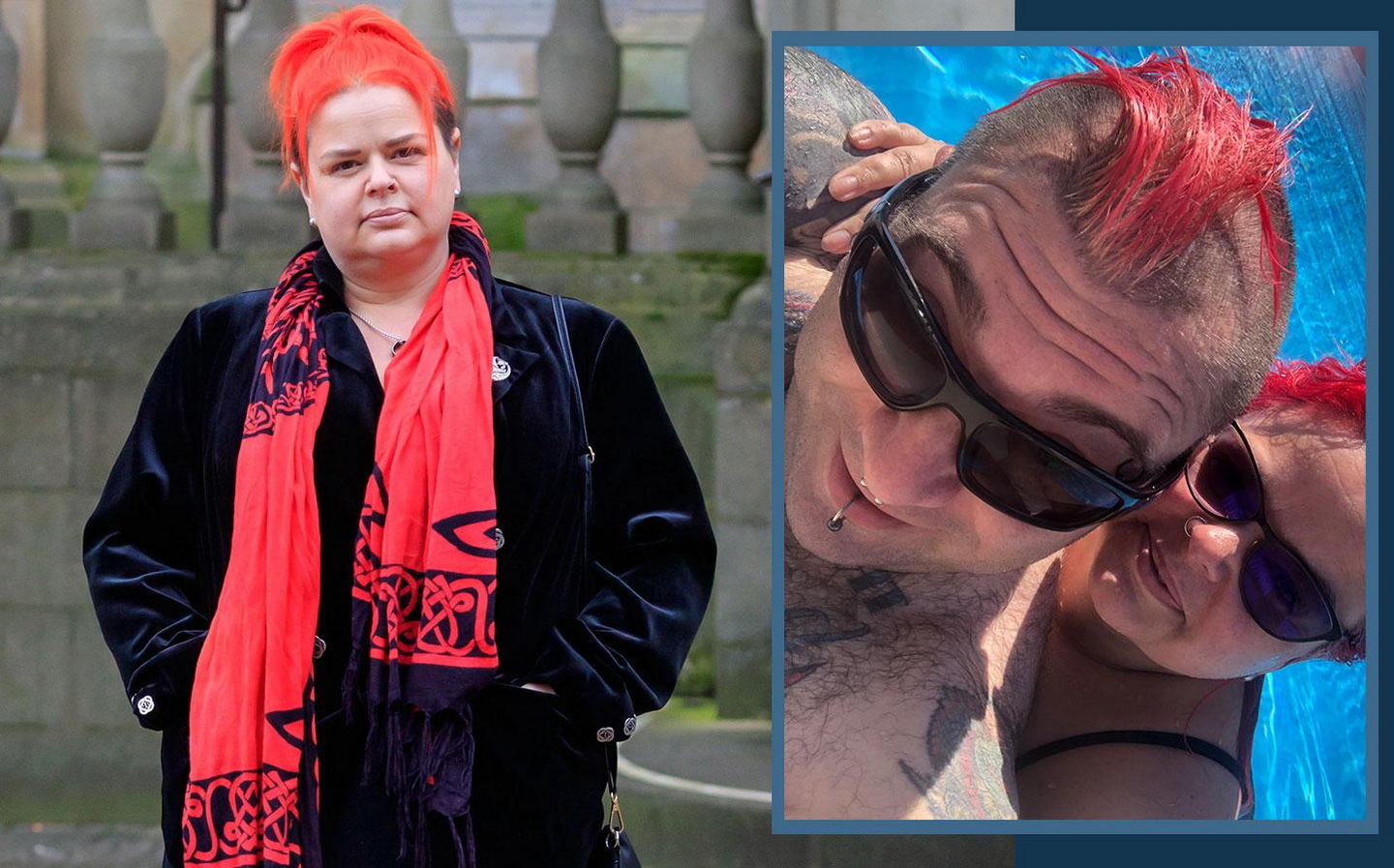 Claire Mercer’s husband, Jason, was killed by a lorry as he exchanged details with another driver in the inside lane following a minor collision

Although the inquest into the deaths found that Szuba’s careless driving was the primary cause of the incident, it also found that the lack of a hard shoulder contributed significantly and that ALR motorways posed a risk of future deaths. Szuba was jailed for ten months.

Claire Mercer, however, believes that Szuba was wrongly imprisoned. “If Highways England [now National Highways] hadn’t removed the hard shoulder, the lorry driver would have been in a different lane and the collision would never have happened,” she said.

The damning report shows ageing, outdated computers and monitoring equipment with frequent malfunctions causing staff, in many cases, not to be able to spot stopped or broken-down vehicles in live motorway lanes.

“Whichever God you believe in, start praying now,” one worker was heard joking as his computer system crashed, according to the report.

One staff member, speaking about a vehicle he spotted stopped in a live lane despite his system failing to flag it said: “He’s in a live lane. That should have flashed up on here to let us know that he’s there. But he could be sat there for hours, and we wouldn’t even know about it, and if we don’t know we haven’t set signals.”

“You’re safe if the technology is working, but it’s not bloody working,” the staff member added.

National Highways says that smart motorways are the “safest roads in the country” and that fatalities per distance driven is a third higher on traditional motorways than on ALR sections.

Other statistics show that, with 39 fatalities in recent years, ALR motorways have a higher number of deaths per mile than traditional motorways. A BBC Panorama report showed the introduction of ALR sections on the M25 motorway around London coincided with a 2,000% rise in the number of near misses.

What motorists want, according to the recent RAC Report on Motoring is the scrapping of ALR, but the retention of the other aspects of smart motorways such as variable speed limits and gantry warnings. Some 84% of drivers believe that ALR negatively impacts motorway safety with 62% wanting to see a permanent hard shoulder reinstated.

Mercer, who leads the group Smart Motorways Kill, is taking a High Court action against the government in an attempt to force a judicial review into the implementation of ALR motorways.

“I’m sure when you lay it out in court, how each step was carried out, how each decision was made, then nobody can think it was the right idea. We’ve had many different coroners say that smart motorways contributed to many different deaths, so why would a judge in a High Court find any different?” she said, speaking to ITV News in April.

Earlier this year, a Doncaster coroner asked the Crown Prosecution Service to consider a charge of corporate manslaughter against National Highways following the death of Nargis Begum, a mother of five.

Begum was killed after a car driven by her husband broke down in a live lane of a motorway and was struck from behind near Woodall Services, also on the M1 in South Yorkshire.

Smart Motorways Kill is organising a march and protest against smart motorways scheduled for November 1 in Westminster.

“How many more people have to die before ministers see sense and end the smart motorway madness?” she said.