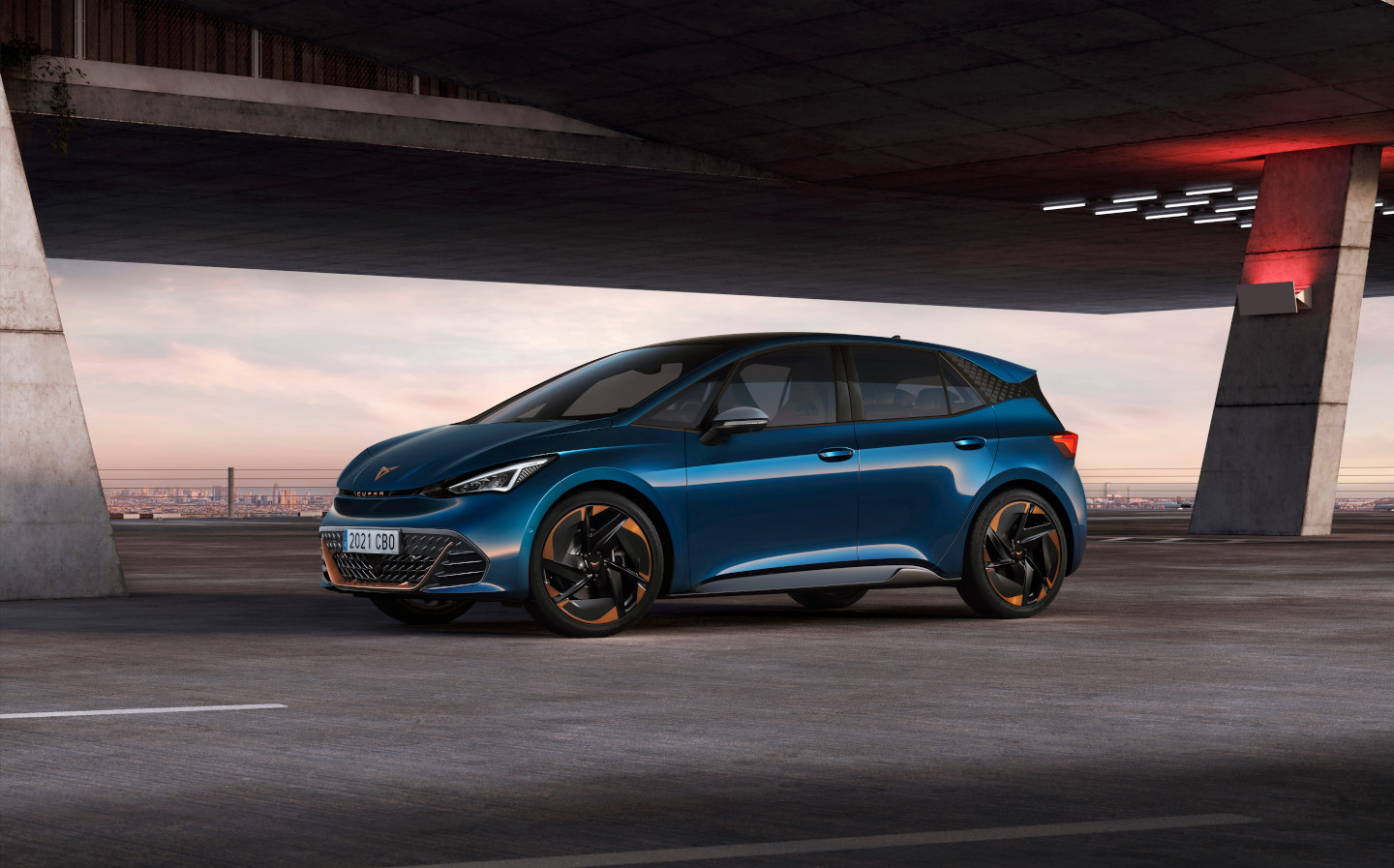 CUPRA, the performance sister brand of Spanish car maker Seat, has revealed the Born, a beefier, warm hatch version of the Volkswagen ID.3.

The Born, which went by the name el-Born (after a neighbourhood in Barcelona) until recently, is the Cupra brand’s first electric car. As a concept it was revealed with a Seat badge but execs at the Volkswagen Group decided to give the project to Cupra, presumably to help it forge an identity outside of Seat’s shadow. 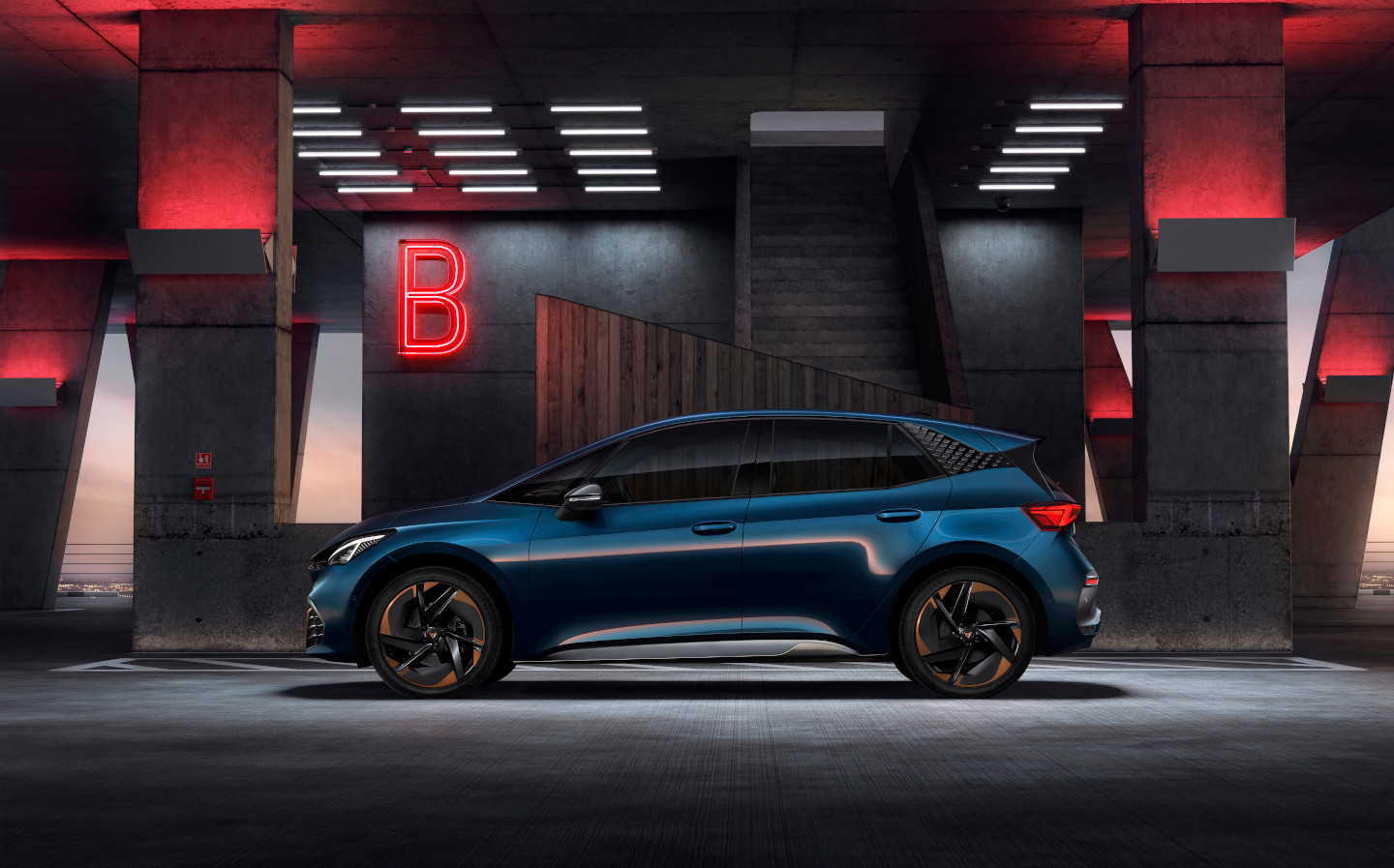 It arrives in the UK in four guises, the fastest of which packs 228bhp with “e-boost” and can accelerate to 30mph in just 2.6 seconds on its way to 60mph in 6.6 seconds. That’s a 0.6 second advantage over the quickest currently available ID.3 but a fraction slower than petrol hot hatches like the Golf GTI or Honda Civic Type R — or, indeed, the Cupra Leon, which does the sprint in 5.7 seconds. It’s unclear whether or not the Born will get an equivalent of the rumoured ID.3 GTX hot hatch, which would follow the ID.4 GTX revealed last month. 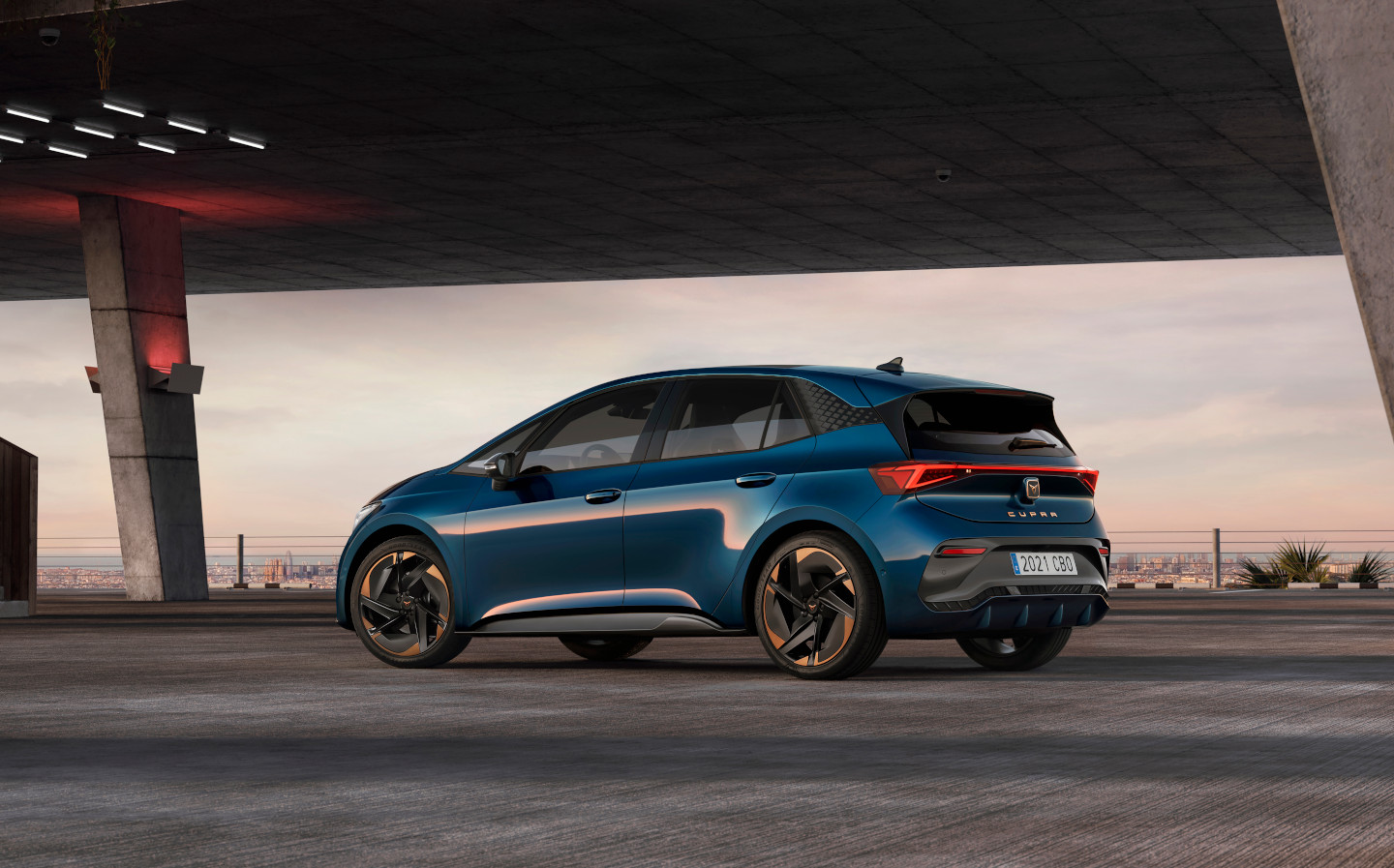 Three battery capacities are available: an entry level 45kWh model with 148bhp and 211 miles of range; two 58kWh models, both with 260 miles of range, with 201bhp and 228bhp respectively; and the 77kWh battery from the ID.3 Tour, which in the Born puts out the same 228bhp as the “e-boosted” smaller battery, but allows an impressive 335 mile range.

Torque is 229 lb ft across the entire model range, which is transferred across the rear axle using a single-speed transmission and differential. Performance is also enhanced by specially developed wider tyres, improving grip and braking. 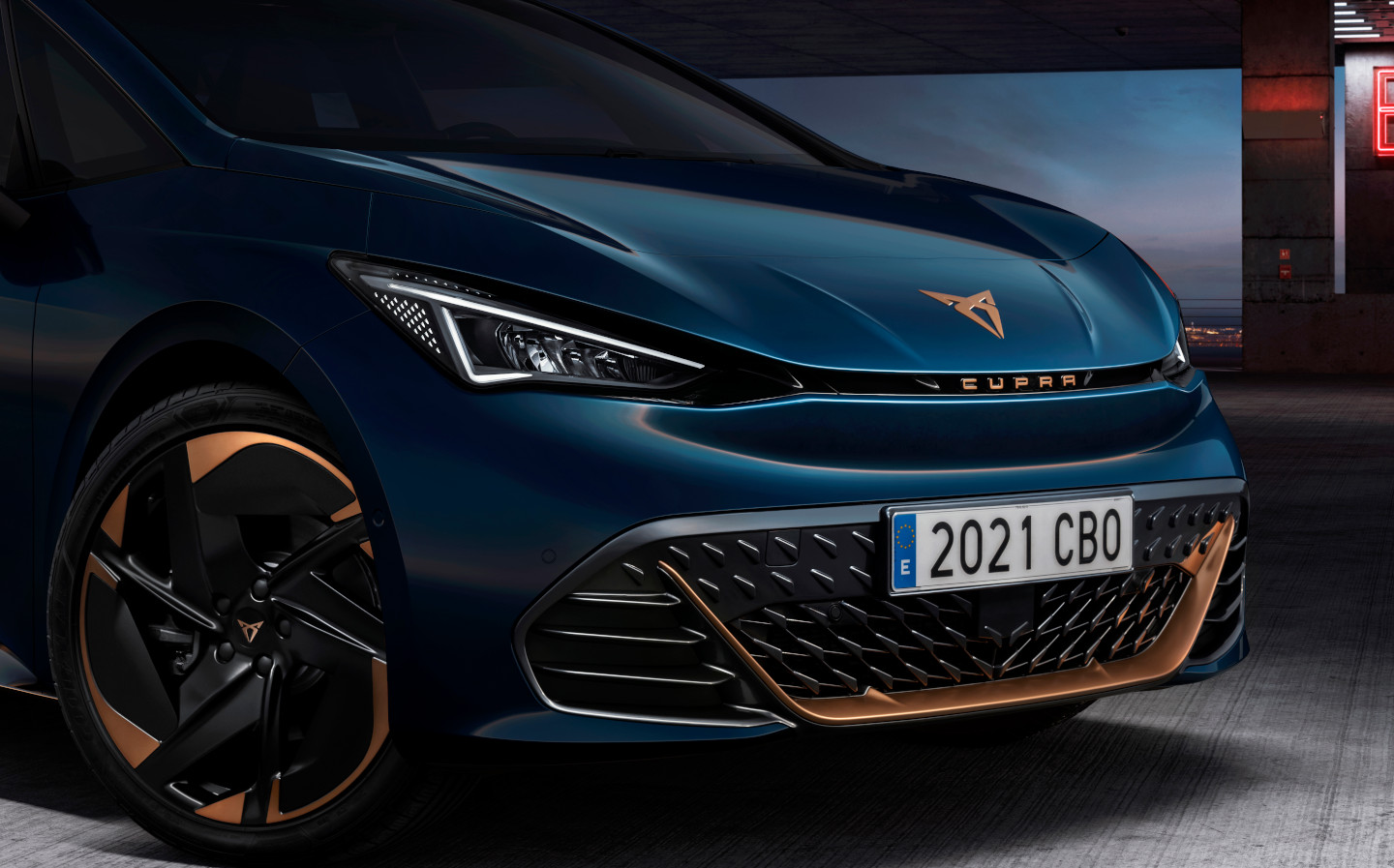 Thanks to 125kW fast charging, the larger 77kWh battery can also add 62 miles of range in as little as seven minutes, Cupra claims, while charging from 5% to 80% takes as little as 35 minutes.

The styling of the Cupra Born deviates little from the concept presented at the 2019 Geneva Motor Show. Proportionally, it’s nearly identical to the ID.3, but is tweaked with design affectations such as a more sloped roofline (resulting in a 3cm height difference between the Born and ID.3), more contoured feature lines, a pronounced diffuser, angular headlights, and, most characteristically for Cupra, an abundance of bronze accenting. 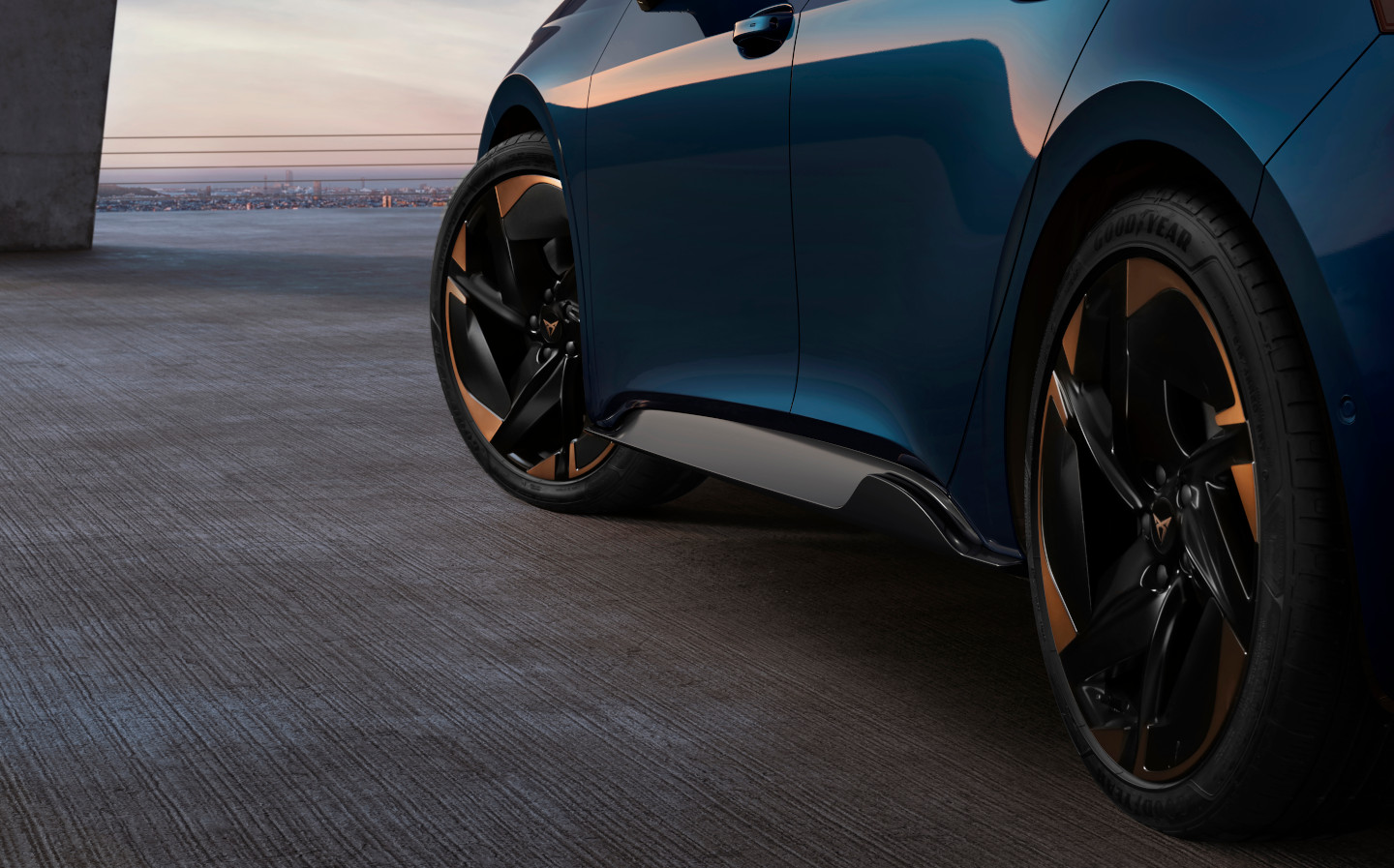 On the inside Cupra has focused on balancing performance, tech, sustainability and comfort. Sporty bucket seats come as standard, and are upholstered in Seaqual yarn, which is made from upcycled marine plastics. Optional Dinamica bucket seats are also made from recycled materials including clothing and plastics. 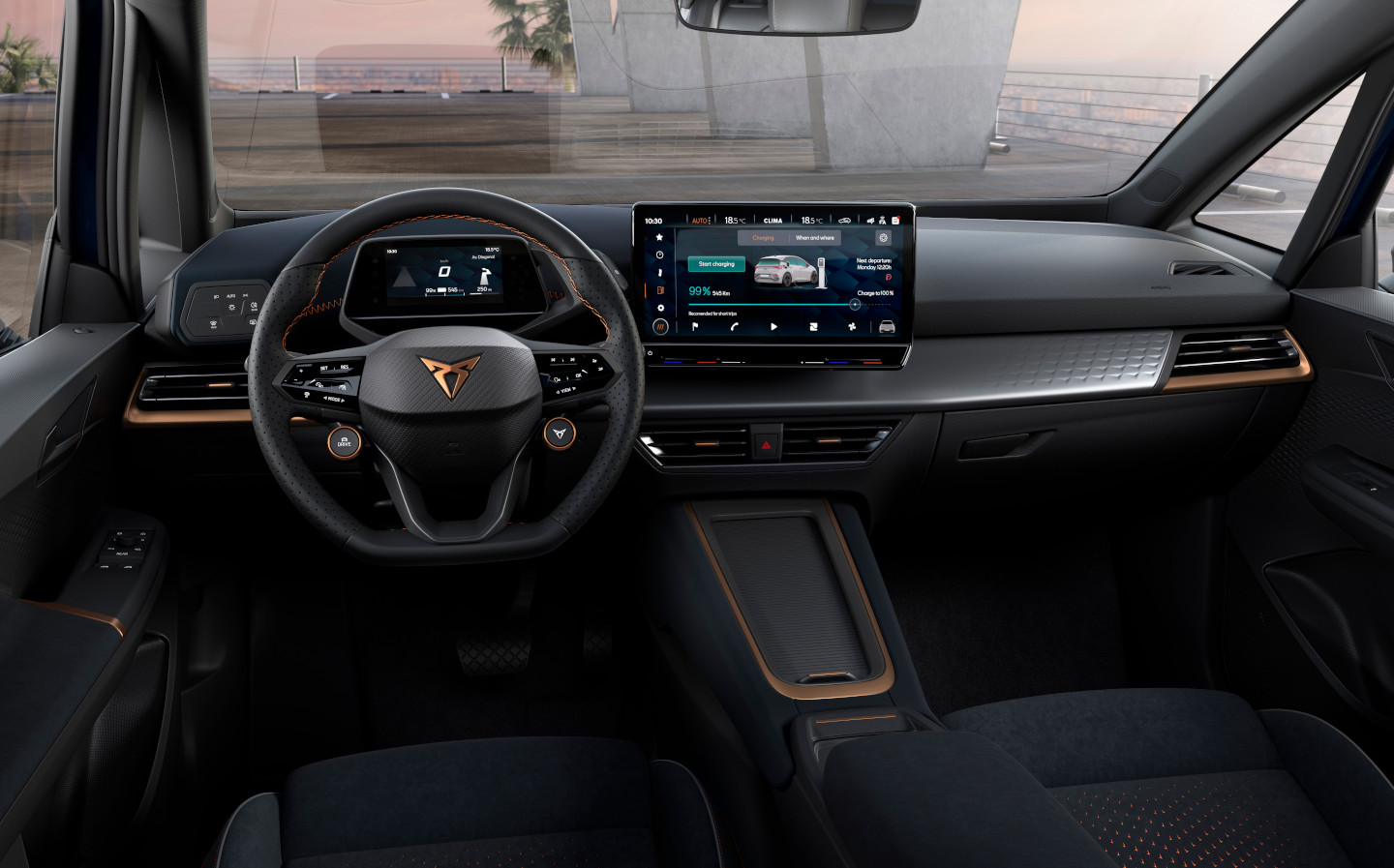 The same suite of technologies available on the ID.3 is available on the Born, including an augmented head-up display which is available on all but entry-level trims and voice activation — although the trigger phrase has been changed from “Hello, ID,” to a more Cupra-specific “Hola, Hola”. The 10in central infotainment screen from the ID.3 has also been upgraded to a 12in unit in the Cupra.

Like the ID.3, the Born will be made in a completely carbon-free manner at Volkswagen’s plant in Zwickau, Germany. UK pricing will be revealed at the end of this year, with deliveries commencing at the start of 2022.