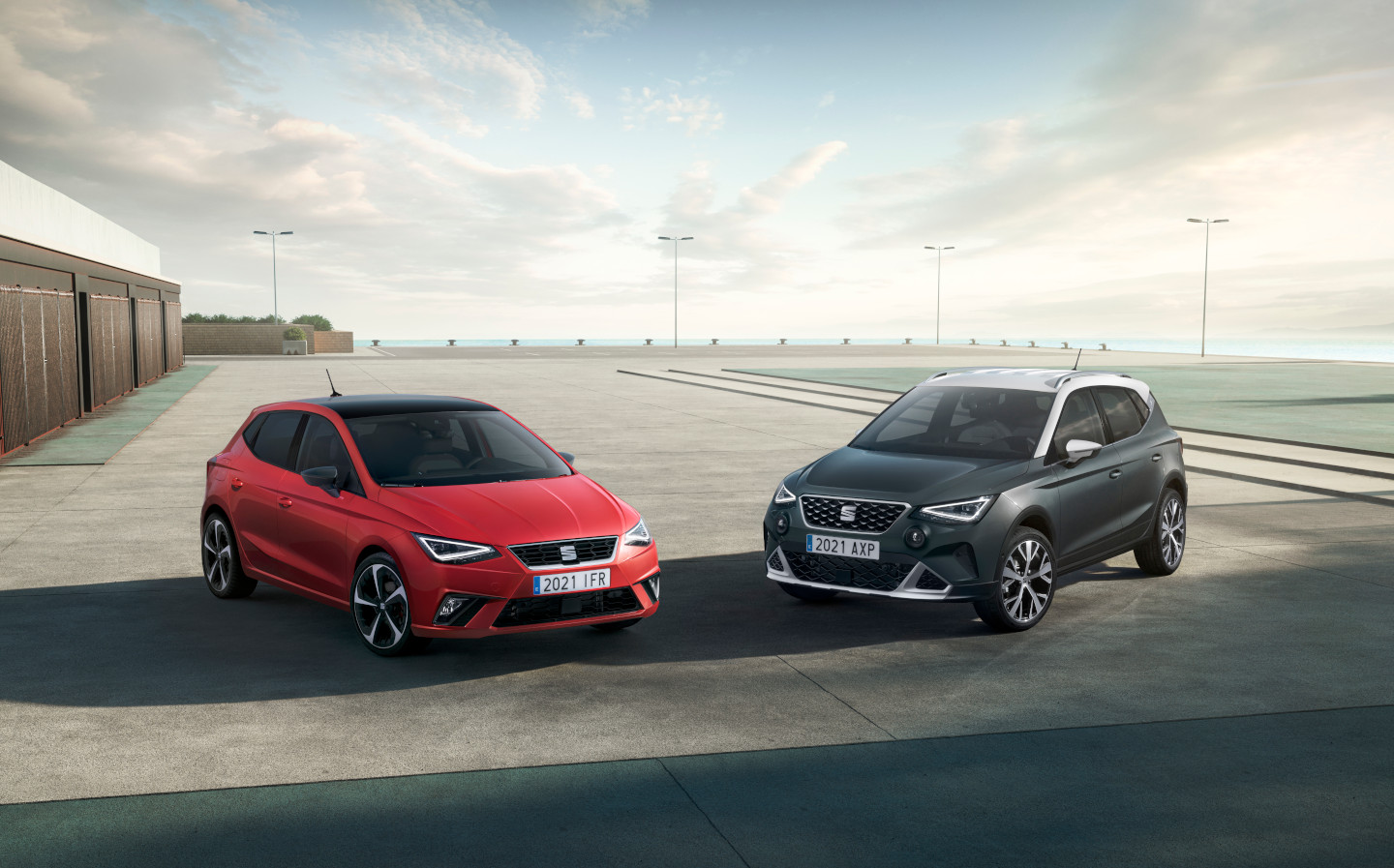 SEAT has revealed a raft of styling changes to the Ibiza supermini, its best selling car, as well as to its smallest SUV, the Arona.

The Spanish car maker has been selling the Ibiza for an impressive 37 years, in which time it has recorded six million sales — enough for every person in Denmark to have owned one. In its current fifth generation guise, the supermini is generally regarded as one of the best about. 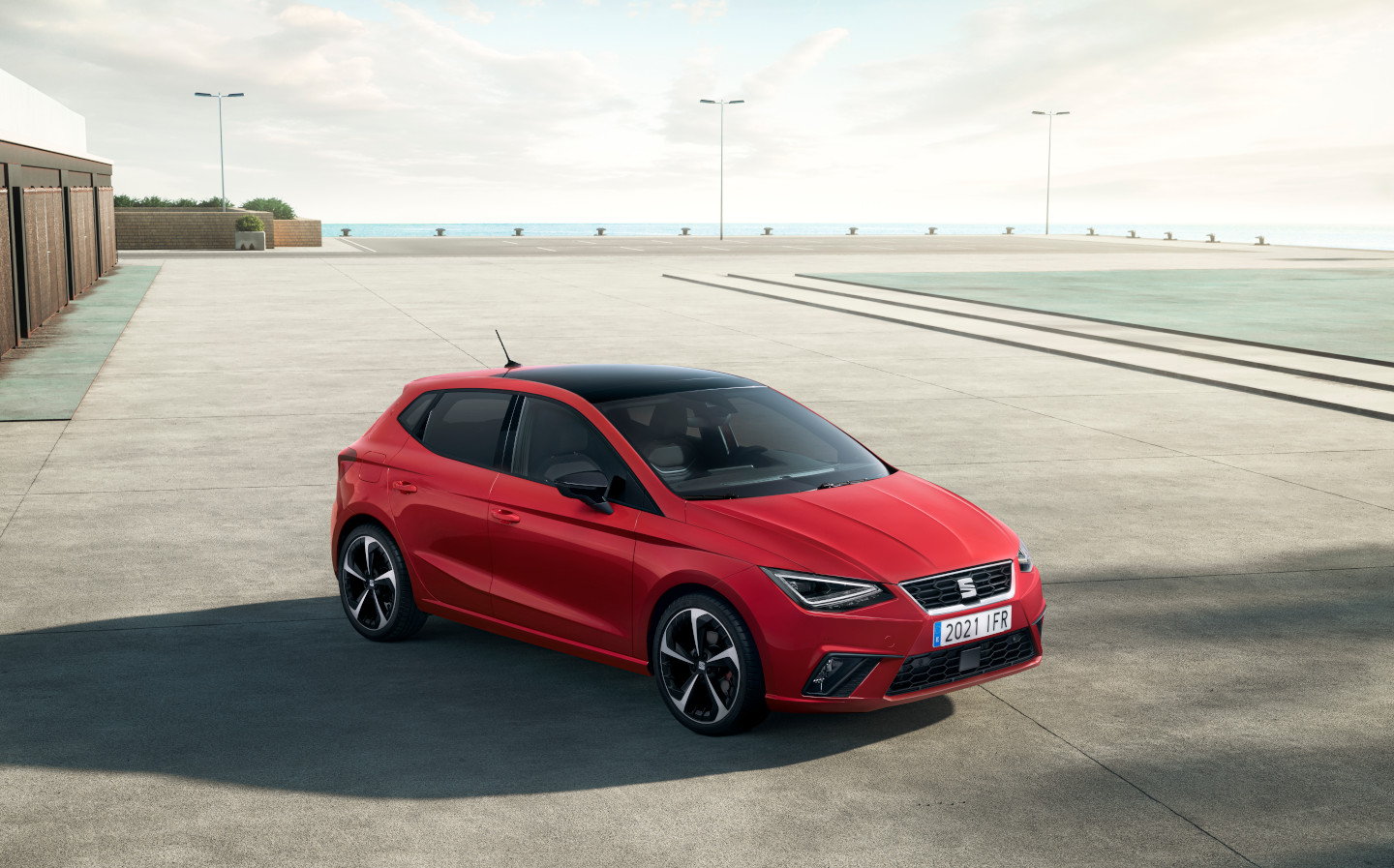 The Arona, meanwhile, is a more recent addition to the range, having only been released in 2017. In the four years since, it has sold 350,000 times. Continuing with the Nordic comparison, that’s more Iceland than it is Denmark, but it’s still a healthy figure considering it competes in the same (very populated) market as models like the Ford Puma, Peugeot 2008 and Nissan Juke. Also, for a good portion of its lifespan, showrooms have been shut.

Seat has decided to keep changes to both models mostly cosmetic, rather than updating powertrains. It’s arguably surprising that neither model has been given a hybrid variant — being small cars intended for urban use, both are ripe for electrification. Seat’s other popular model, the Leon, was given a plug-in hybrid variant as part of its update last year. 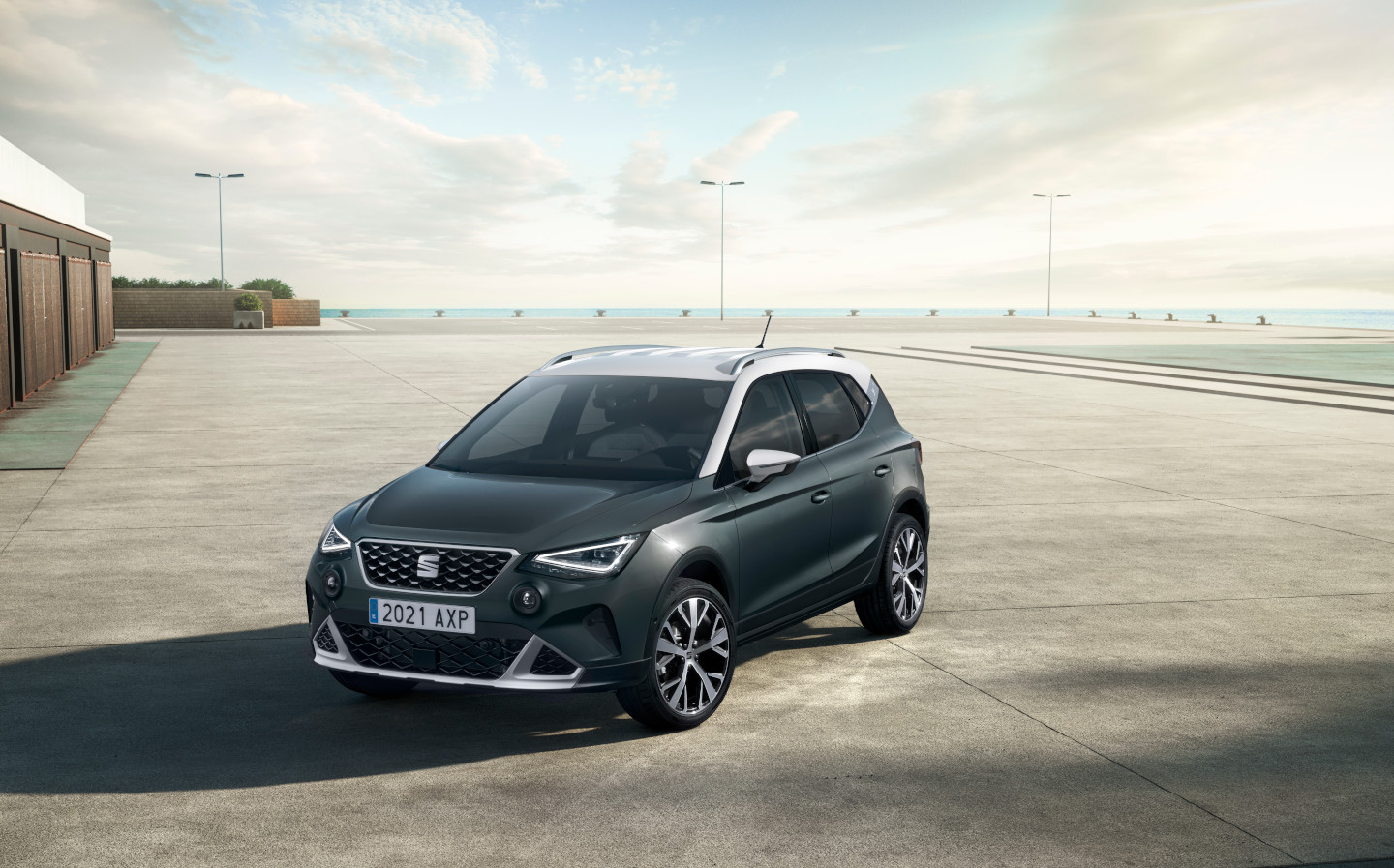 However, Seat is seen by the VW Group as its youth-oriented brand, and it’s possible that making the cars’ design more zeitgeisty and their interior more tech-oriented were seen as bigger priorities for a mid-life refresh.

Subtle exterior changes for both models

Exterior changes to both models are discreet. For the first time, both get LED lights as standard — eco units in the lower SE and SE Technology trims, and full LEDs on more expensive rungs of the ladder.

Both cars also get three new alloy wheel designs, available in sizes between 15in and 17in on the Ibiza, and in 17in and 18in guises on the Arona. 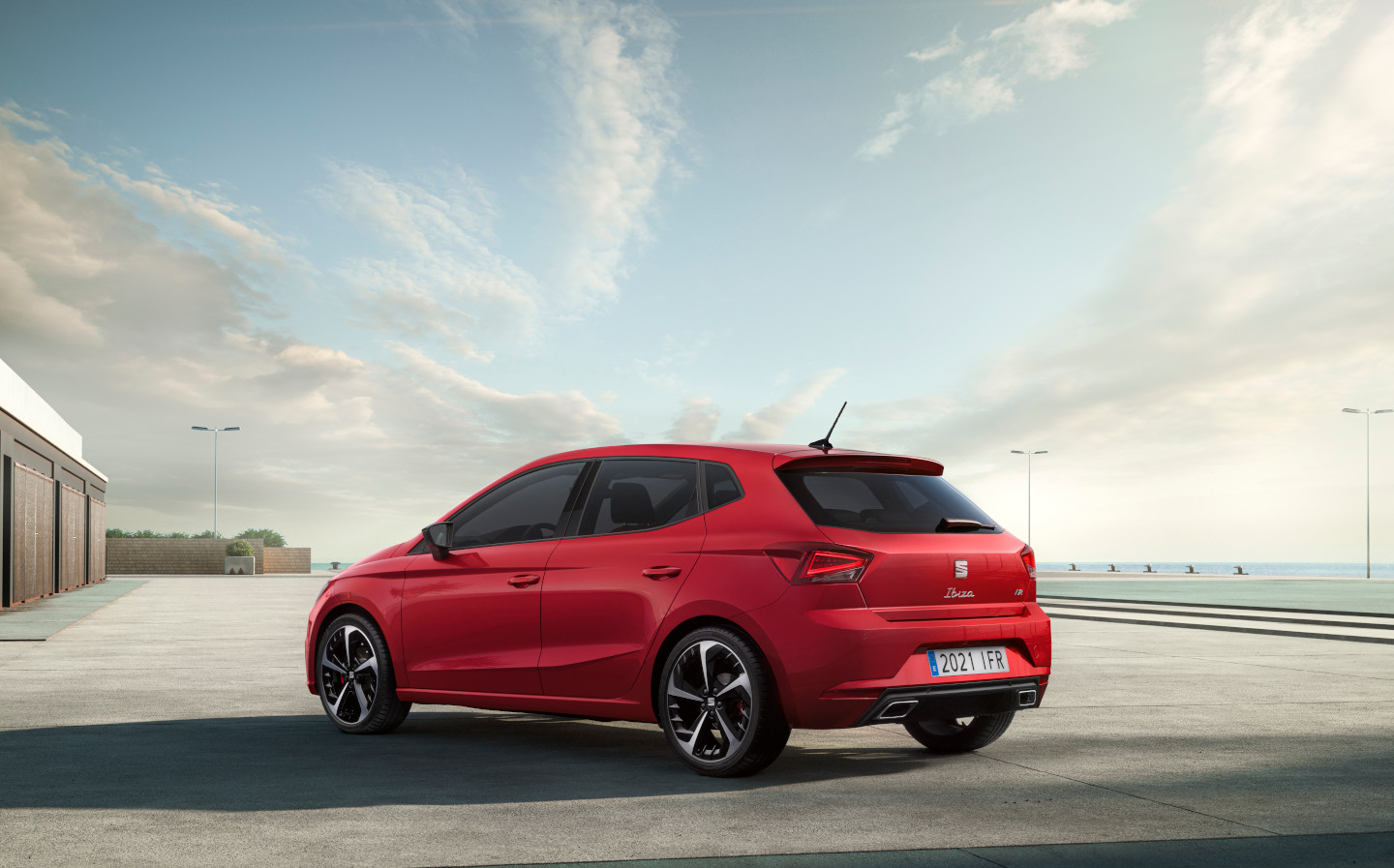 Colour choices have been expanded to a range of nine for the Ibiza, thanks to the addition of Sapphire and Asphalt Blue, while the Arona adds three exterior colours. For Arona buyers, there’s also a choice of three contrasting roof colours, enabling a greater level of personalisation.

The diminutive SUV also gains an optional diffuser and rear spoiler, which Seat thinks adds a rugged aspect to the silhouette. In keeping with the updated Leon and the new Ateca, the sans serif font that adorned the rear of the previous Ibiza and Arona has been replaced by cursive handwritten lettering that adds another touch of youthful flair. 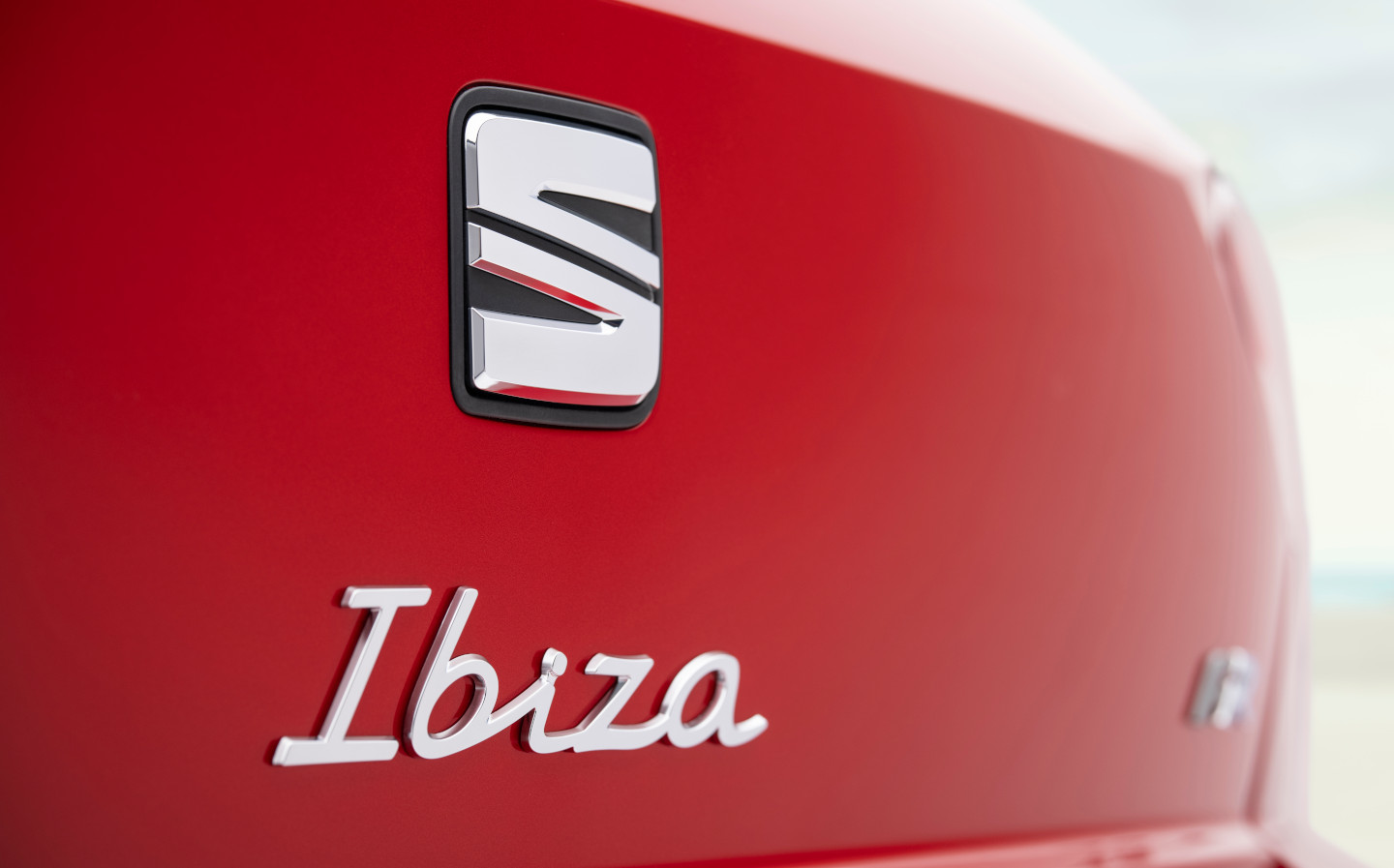 Interior updates of both cars are focused around an enlarged central touchscreen, which houses a number of functions, adhering to the VW Group’s move towards more minimalistic cabins with fewer physical buttons and dials.

Touchscreen size has increased by more than 20%. In the base SE trim, that translates to a an extra two inches from 6.5in to 8.5in, while in all other trims there’s a more modest (but still noticeable) increase from 8in to 9.2in. In addition, the screen has been moved upwards to improve ergonomics. 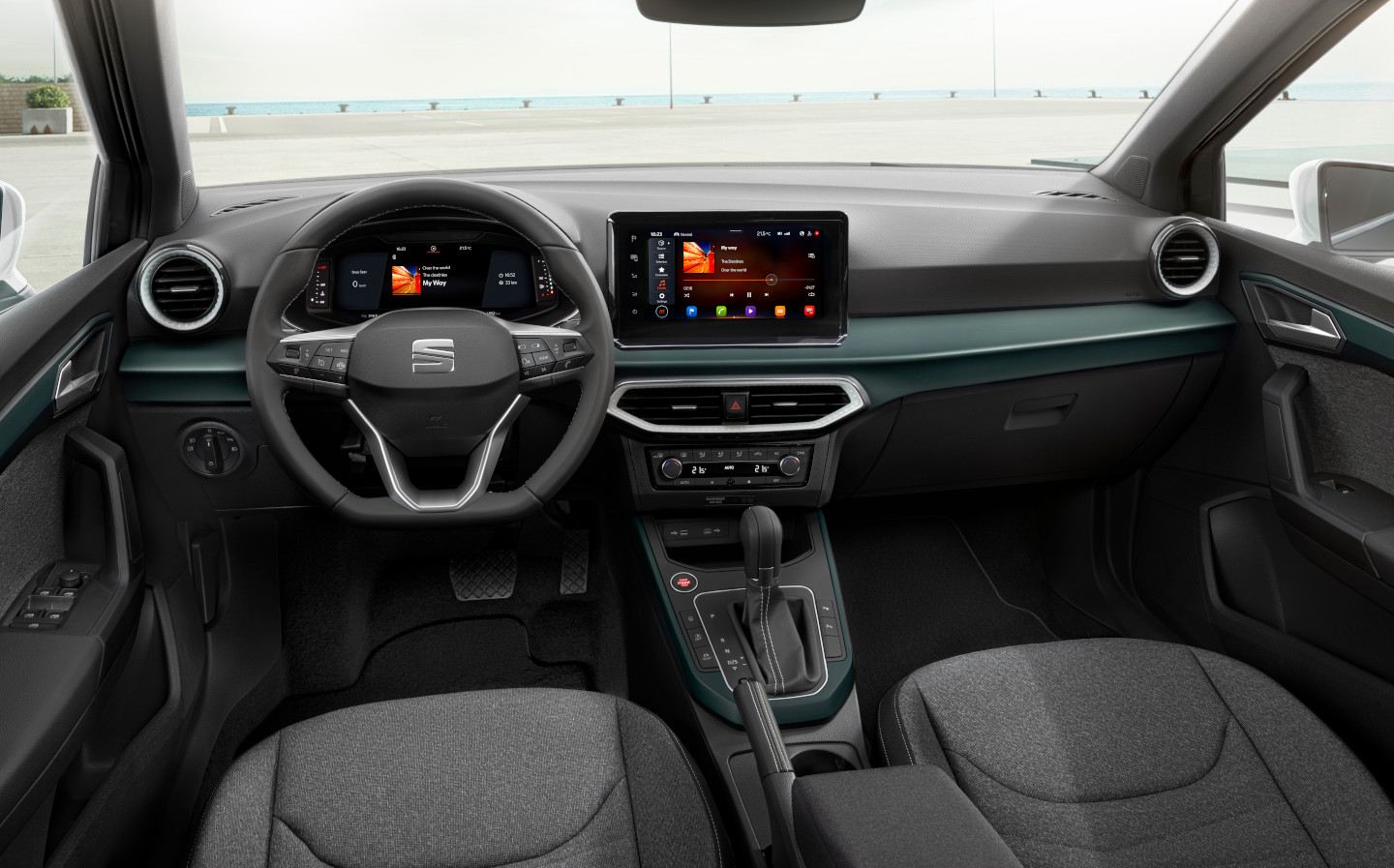 With the FR Sport or range-topping Xcellence Lux trims, drivers also get a 10.25in digital instrument binnacle. Meanwhile, a Nappa leather steering wheel seeks to address complaints that Seat’s offerings can lack a sense of luxury.

Connectivity has also improved thanks to the integration of Seat’s Full Link system, which makes linking Apple CarPlay or Android Auto a wireless task, and both models gain Seat’s voice recognition system, which is rather humorously activated by saying “Hola, Hola” rather than the more sedate phrases among the VW Group’s models, like “Okay, ID” in the Volkswagen ID.3 or “Okay, Laura” in the new Skoda Enyaq iV.

Powertrains remain the same for both new Ibiza and new Arona

Seat dropped the diesel versions of the Ibiza and Arona from its lineup last year, and is evidently in no rush to replace them — the cars continue with a choice of three and four petrol powertrains respectively. Hybrid powertrains will have to wait for an entirely new generation, it seems.

Buyers of the Ibiza can choose from a trio of 1.0-litre petrol engines, offering 79bhp, 94bhp and 108bhp. The latter can be specified with either a six-speed manual or seven-speed DSG automatic transmission, while the 79bhp and 94bhp powertrains come with a five-speed manual gearbox only. 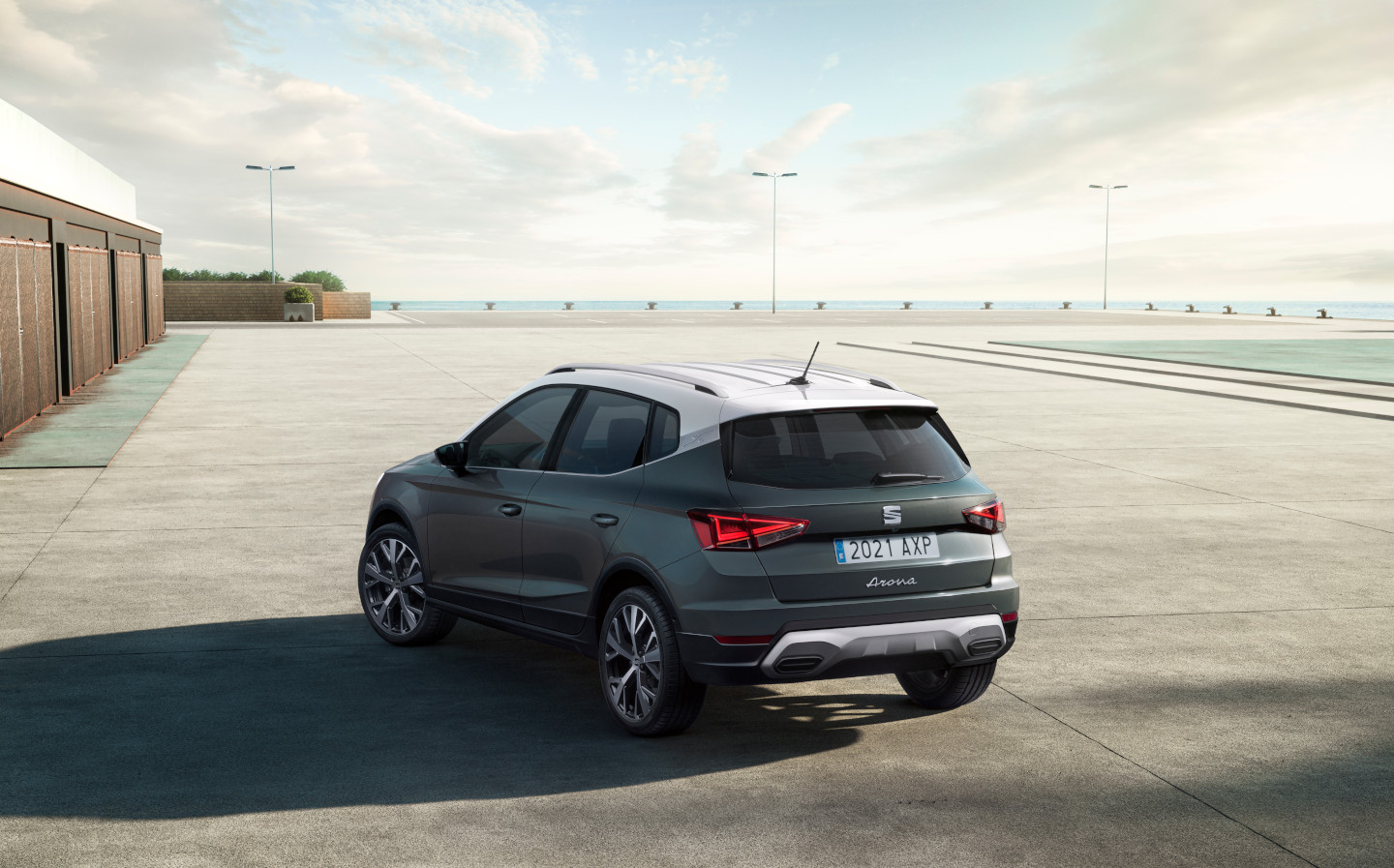 The slightly bigger and heavier Arona gets a slight power boost over the Ibiza. The entry level packs 94bhp, while it’s possible to get the 108bhp engine (like the Ibiza, in either manual or automatic) and a range-topping 1.5-litre engine with 148bhp and 184lb ft of torque.

Seat has not revealed the prices for the updated Ibiza and Arona, but has confirmed that both will go into production in the third quarter of this year.