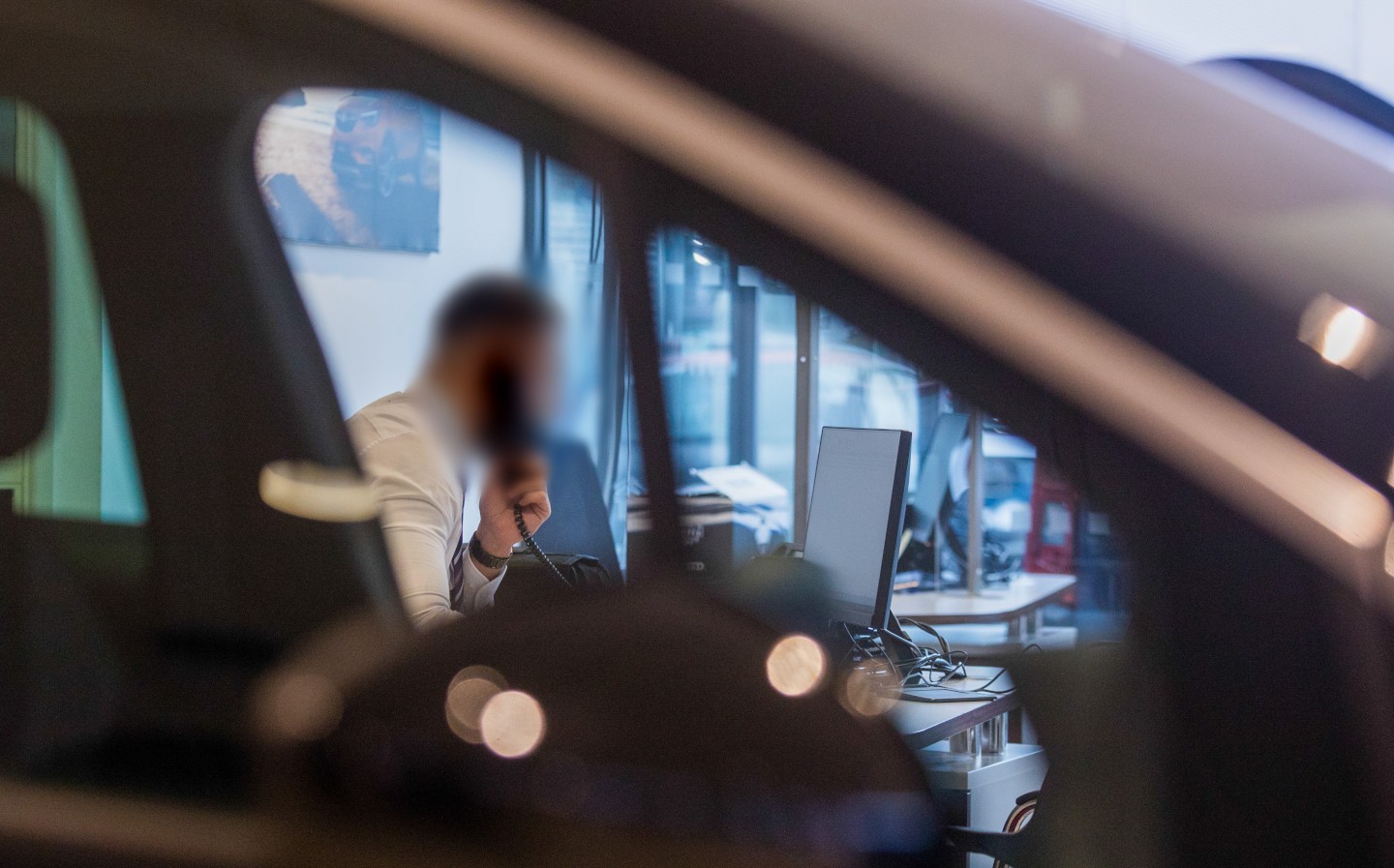 A FORMER used car salesman has been sentenced to six months in prison and seven years on the sex offender register for exposing himself to a woman who worked for him at a showroom in the north of England.

Mark Huntley was sales manager at a large used car dealership and boss to the female colleague in December 2017.

Huntley, 38, dismissed the incident as “sexualised banter” according to the Hull Daily Mail, but was jailed for six months at a sentencing hearing at Bradford Crown Court.

During the episode, the married father of seven complained of “friction burns” from having sex the night before with his wife. He is accused of following the woman alone to the coffee machine and exposing himself to her.

Paul Genney, prosecuting, explained that Huntley told the woman to, “Have a look at it.” When she declined, he exposed himself and told her: “Get me some cream.”

Ben Hammersley, mitigating, said: “Clearly, it was inexcusable and wholly inappropriate in any normal society.

“She described feeling guilty and embarrassed but there is no suggestion of harm beyond this.”

The woman told her husband what happened the next day and he complained to the company. Huntley was then the subject of disciplinary action, but soon resigned to join a rival used car sales company before he was subsequently fired. He has left the motor trade since and now runs his own painting and decorating business.

The court heard a character reference for Huntley from a woman that had known him for ten years:

“My experience of being in the company of Mark is only a positive one. He is an exceptional human being. He would go out of his way to help anyone. He is an extremely good person. He would never do anything to jeopardise his marriage.

“I personally trust Mark 100%. I have only ever felt comfortable and safe in his presence. The kindness he has for others is without question.”

Huntley called the witness’s statement “bulls**t” and said that he was just a participant in workplace chat that tended toward “lewd and vulgar banter”.

However, recorder Taryn Turner said: “You are a glib, deceitful, arrogant man, discourteous to women, to put it at its lowest level. You are arguably a misogynist. This offence is so serious that only an immediate custodial sentence is justified.”

Huntley’s wife sat outside the courtroom during proceedings, according to reports.