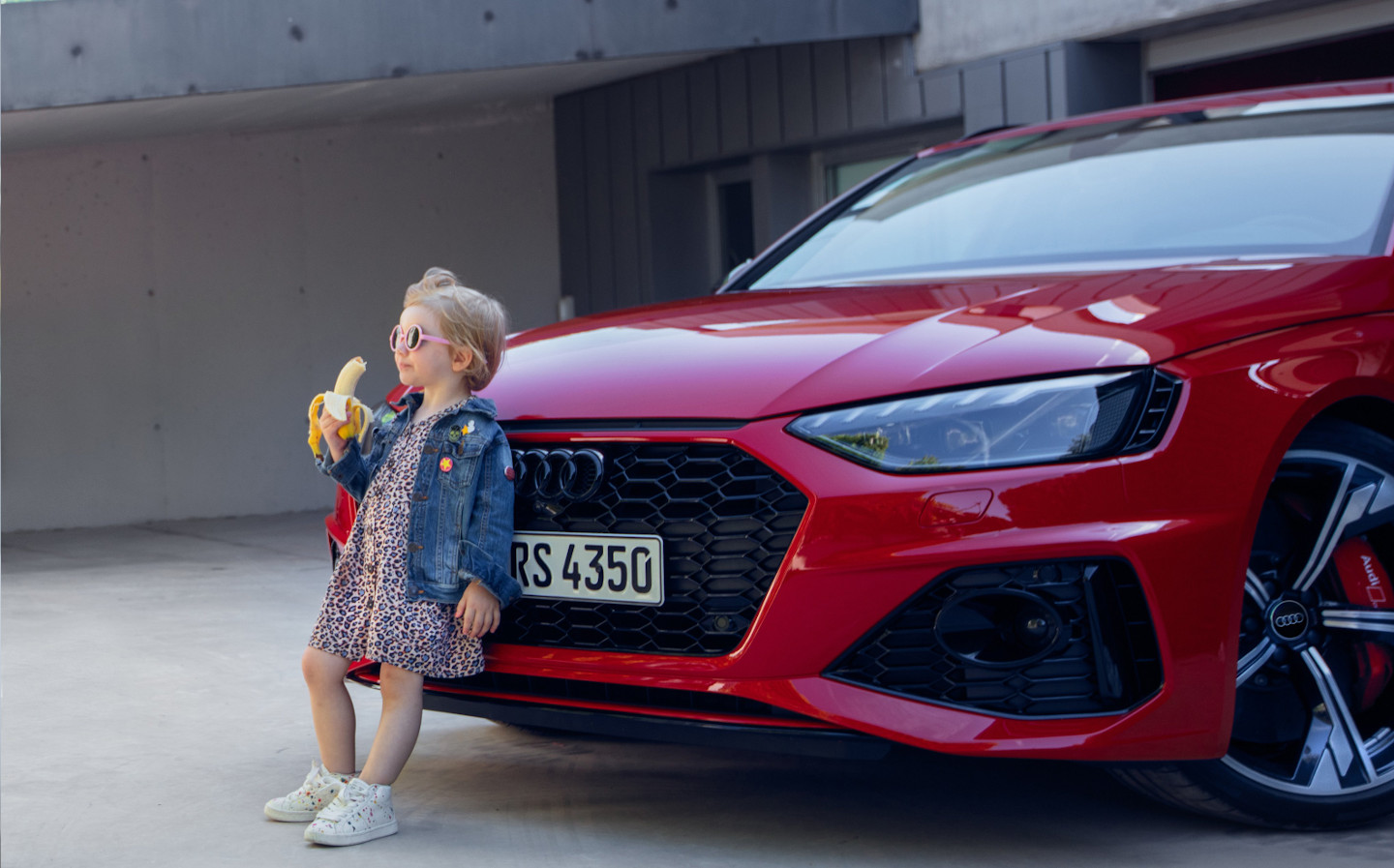 GERMAN car maker Audi has been forced to apologise after publishing an advert that was deemed to be inappropriate and provocative.

The advert depicts a young girl leaning against the front of an RS4 eating a banana. Tweeted alongside the image by the Audi Official Twitter account was the slogan “Lets your heart beat faster – in every aspect. #AudiRS4”.

The image was criticised by some social media users for depicting the child in a position where the driver would not be able to see them, while others called the child’s pose with a banana “provocative”.

One German Twitter user replied to the advert noting that women leaning against the bonnets of fast cars has often been used in the past as a “sex sells” method of advertising: “In the past, half-naked women posed on the hood in the car advertisement, today toddlers in short dresses with bananas in hand pose in front of them. You already know the symbolism”.

Another, meanwhile, said that the advert showed the fatal capabilities of cars with the speed of the RS4: “This is a frightening image giving testimony to the fact that such enormous speed machines are a danger to our children and societies and do not belong on city streets with kids around. Makes my stomach turn just looking at it.”

We hear you and let’s get this straight: We care for children. The Audi RS 4 is a family car with more than thirty driver assistance systems including an emergency break system. That’s why we showcased it with various family members for the campaign. (1/3) pic.twitter.com/XAeIjszUWQ

The company responded to the criticism on Twitter, saying: “We hear you and let’s get this straight: We care for children. The Audi RS 4 is a family car with more than thirty driver assistance systems including an emergency break [sic] system. That’s why we showcased it with various family members for the campaign.

“We hoped we could convey these messages, showing that even for the weakest traffic participants it is possible to relaxingly lean on the RS technology. That was a mistake! Audi never intended to hurt anyone’s feelings.”

The company finished its Twitter statement saying that it “sincerely apologize[s]” for the advert and announcing that it would conduct an internal investigation into how the advert came to be created and whether or not its “control mechanisms failed in this case”.

The campaign that the photograph was extracted from depicts an entire family interacting with the RS4, with the advertising message that the sporty estate is both fun for drivers as well as being functional and safe for families.

Other users criticised Audi for keeping the image up on its Twitter account even after admitting that it was “insensitive”. Another noted that, by now, the VW Group that owns Audi should have learned a lesson or two about problematic advertising.

I mean… by now the VW group should have learnt that communication counts. You picture a child in skirts, a banana in hands, in front of a fast car, stating this picture makes your heart beat faster « in every aspect » – don’t tell us you did not get the message yourselves!

Back in May VW was forced to apologise after an advert it admitted was racist appeared on its Instagram account. The advert, which was swiftly deleted after huge backlash, appeared on its German Instagram outpost, which had around 150,000 followers at the time.

The advert depicted the oversized hand of a white woman flicking a black man away from a VW Golf. A racist slur also briefly appeared on the screen as the slogan for the advert faded into view. VW said that it understood “the disgust and anger in response to the video. It is quite clear that this video is wrong and distasteful”.

When approached for comment, Audi said: “We are aware of an issue regarding a recent online advertising campaign originating from Germany. The campaign featured the Audi RS 4 which was showcased with various members of a family to highlight the more than 30 driver assistance systems, including an emergency brake system (Audi pre sense city), fitted to the vehicle.

“We had hoped to convey safety messages in this campaign by showing that any member of a family could rely on our safety technology. We sincerely apologise to people who found this image insensitive and it will not be used in future. We will also examine internally if all the correct processes were followed to ensure this issue does not happen again.”