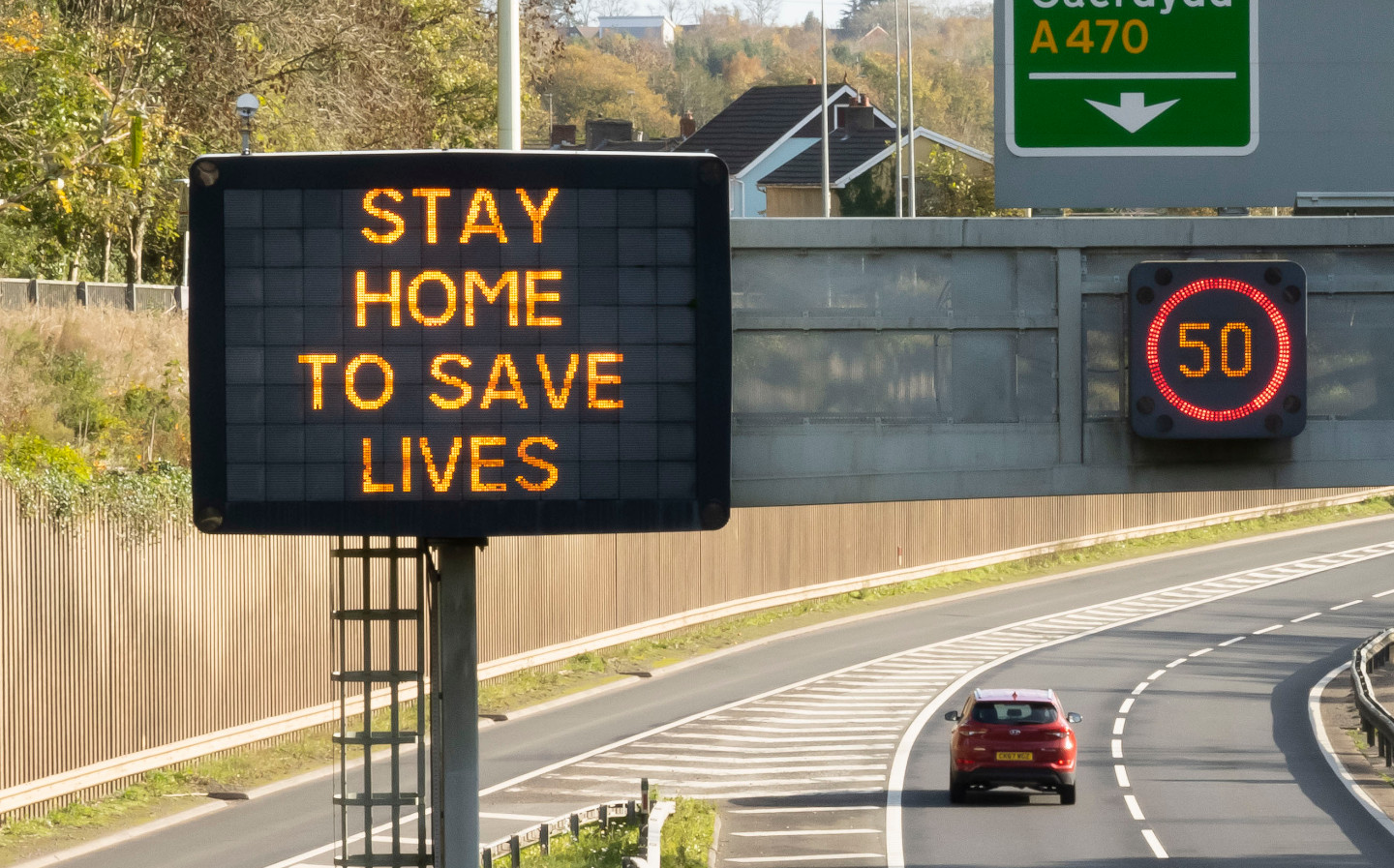 NEW GOVERNMENT statistics show that the number of drivers caught speeding increased by 7% during the first coronavirus lockdown, which lasted from the end of March until the beginning of summer.

The Vehicle Speed Compliance Statistics for the period from January to June, released by the Department for Transport (DfT) this morning, confirmed previous findings that increased levels of speeding emerged in tandem with the dramatic reduction in traffic that occurred in late March.

As restrictions eased in the second quarter of the year, speed limit observance began to return to levels similar to those in the same period of 2019.

The statistics show that while speeding on motorways went up by just 1%, from 52% to 53%, speeding on both national speed limit single carriageways and 30mph roads increased by 7%, to 17% and 63% respectively.

Driver caught speeding at 151mph on M62 during lockdown

Speeding behaviour mostly worsened during the daytime, with speeding on motorways at night actually decreasing compared to the same period in 2019.

The report noted that annual speed compliance statistics tend to show very little variation from year to year, and that: “Without the coronavirus pandemic, we would expect to see speed limits to have remained in line with previous years.”

The data was collected by 79 DfT-operated Automatic Traffic Counters, which observed an estimated 91m drivers over the course of the six-month period between January and June. Researchers noted that the stats were collected during “free flowing” conditions, i.e. in areas without speed enforcement cameras, junctions, hills or sharp bends that would slow a driver down.

The number of drivers caught speeding during the first lockdown not only increased but was also marked by a series of incidents of extreme speeding. The worst offender during the first three weeks of severe restrictions was a driver caught doing 151mph on the M62 in West Yorkshire, while traffic police in London caught a driver doing 134mph on a stretch of the A10 with a 40mph speed limit.

On May 21, two separate instances of drivers recording themselves hitting speeds of more than 180mph appeared on social media. One of the videos, which appears to have taken place in Sussex, showed a driver accelerating from 65mph to 201mph over the course of a minute in a vehicle suspected to be a modified Audi RS6.

Driver films himself speeding at 201mph

Similar behaviour was reported to have taken place overseas, with US stats showing a 14% increase in fatalities per distance driven compared to the same period last year.

Commenting on the stats, Detective Chief Superintendent Andy Cox, national lead for fatal collision investigation, told Driving.co.uk: “Sadly we have an unacceptable amount of drivers who have a selfish complacent driving culture in which they routinely speed.

“Of particular concern are speeds on ‘urban roads’ where we know more vulnerable road users are walking or cycling. These selfish acts risk causing utter devastation for road users in the event of a crash. I urge people to drive within the speed limit, stay safe and keep a clean licence. I thank the majority of lawful road users who are doing so.”

Jack Cousens, head of AA roads policy, said: “It is worrying that more drivers broke the speed limit when there was less traffic on Britain’s streets during the lockdown.

“Also of great concern was the increase on 30mph roads, given there were more pedestrians and cyclists exercising or avoiding public transport during the first lockdown. However, despite some high-profile law-breakers, UK roads didn’t turn into racetracks.

“Early in the lockdown, there were incidents of extreme speed on motorways, main roads and even residential streets, particularly around London, as offenders thought the police would be busy enforcing the lockdown. However, through a series of high-profile ‘collars’ and social media, the police made it clear they were still on the case and that extreme speeders would be targeted.

“Additionally and carrying on through the second lockdown, rural police forces have had to crack down on speeding along quieter country roads and villages. However, as well as the law, speeders face another threat that could kill or seriously injure them and their passengers.”

More road police to be deployed across UK

“This dangerous behaviour unnecessarily put lives at risk during the first national lockdown when more people were walking and cycling.

“Empty roads should not be an excuse to drive dangerously and it would be frightening to think one of the legacies of the lockdown is a complete disregard for speed limits and other road users’ safety.”

If you were interested in the number of drivers caught speeding increasing 7% during first coronavirus lockdown you may also like to read about how a police watchdog confirmed drivers’ fears that some speed cameras are being used as a means of making money, rather than as a safety tool.