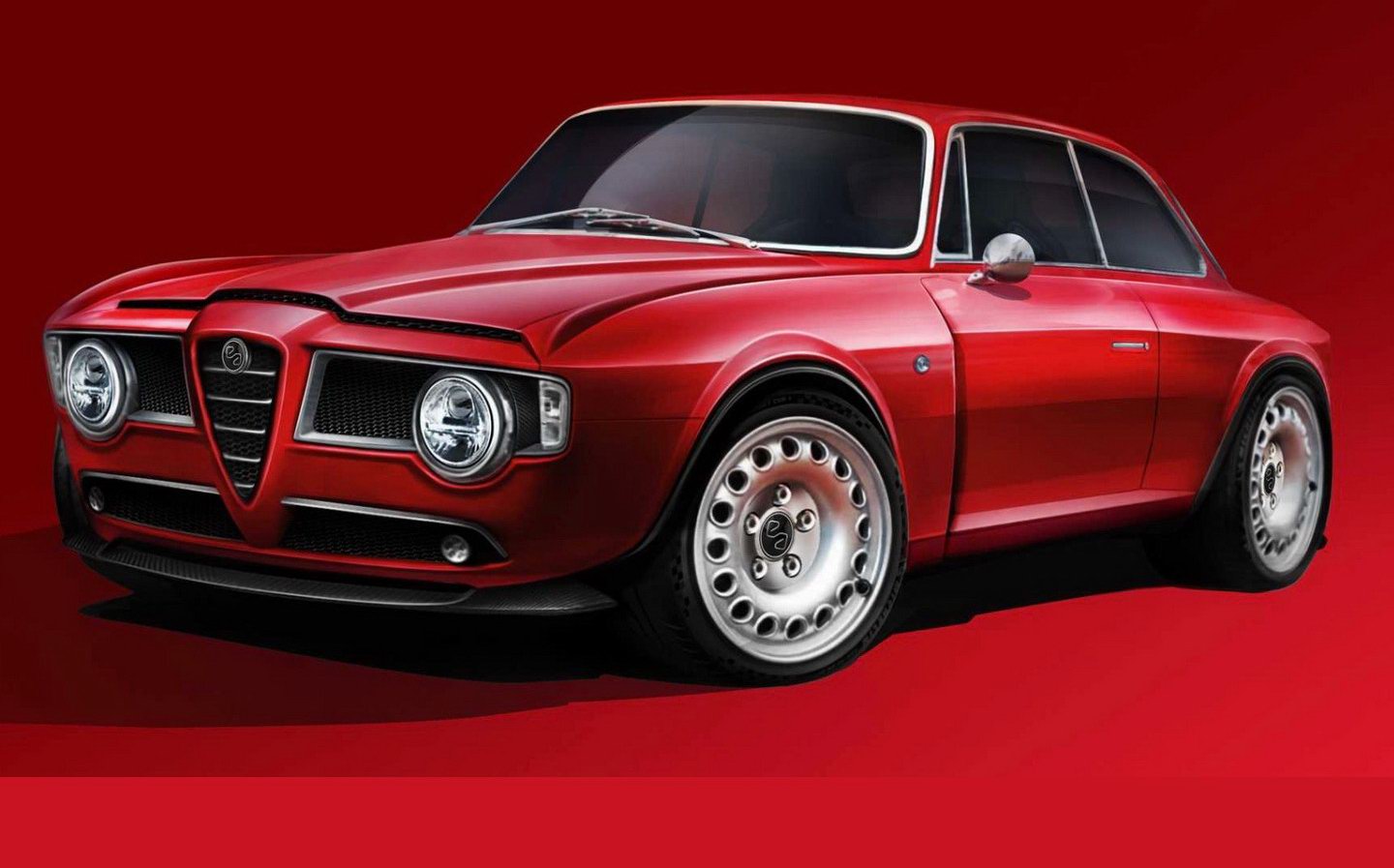 GERMAN firm Emilia Auto has unveiled a rendering of its new GT Veloce, a restomod based on the classic Alfa Romeo GT and powered by Alfa’s current 2.9-litre twin-turbo V6 from the Giulia Quadrifoglio.

Emilia Auto promises that, thanks to the 493bhp engine, eight-speed automatic transmission and an all-wheel-drive system, the new GT will be a very quick car.

The design is based on that of the 1963 Alfa Romeo 105 Series GT that originally featured a 1.6-litre four-cylinder twin-cam petrol engine producing around 105bhp. 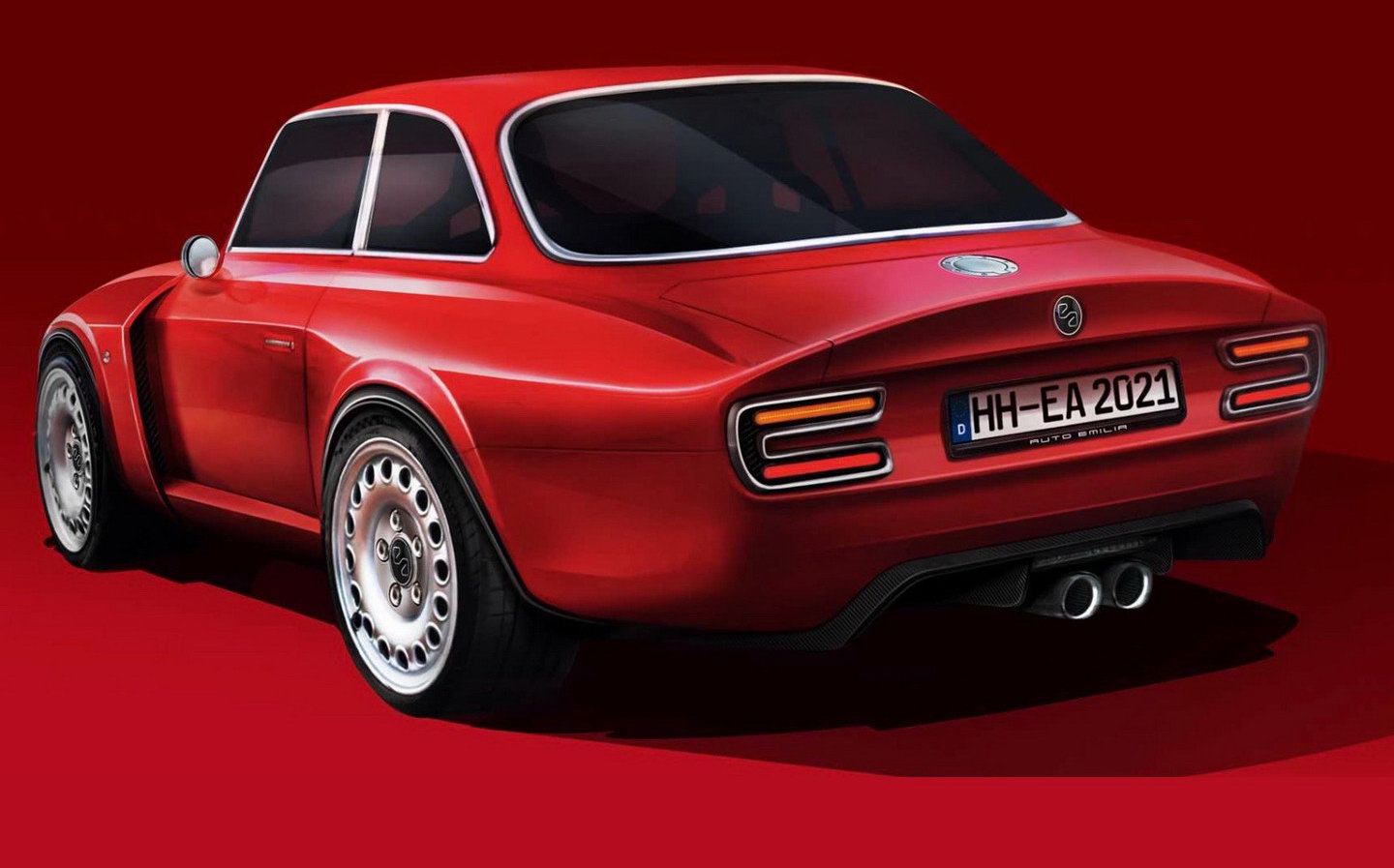 In order to fit the new engine and uprated suspension, Emilia has altered the bodywork, so the Veloce GT features more aggressive, beefier lines than Alfa’s original.

Although the overall shape and signature design features like the round headlights and triangular grille remain, the bonnet is taller, while the wings and haunches bulge, partly to accommodate the 19in wheels that have been designed to look like the originals but are larger, and with a modern twist.

The line of the boot lid assumes a more curved shape than the old Alfa GT’s, too, with modern additions including horseshoe-shaped rear lights and a carbon-fibre rear diffuser for added downforce — one of many hints that Emilia Auto has done more than just drop a big engine into a good-looking body.

The Veloce GT’s suspension is fully independent with racing-style double wishbones up front and a multi-link rear set-up. Emilia fitted the GT with a modern set of KW coil-over dampers and Brembo brakes. too. Other electromechanical additions include adaptive power steering, traction control and an electronic limited-slip differential.

Inside, the interior is a minimalistic affair, very much in the spirit of the Alfa GTs of old, but by no means identical.

Recaro sports seats provide more support than the originals, while the gauges and air conditioning vents have been newly designed. A carbon- or body-coloured strip runs the length of the dashboard. 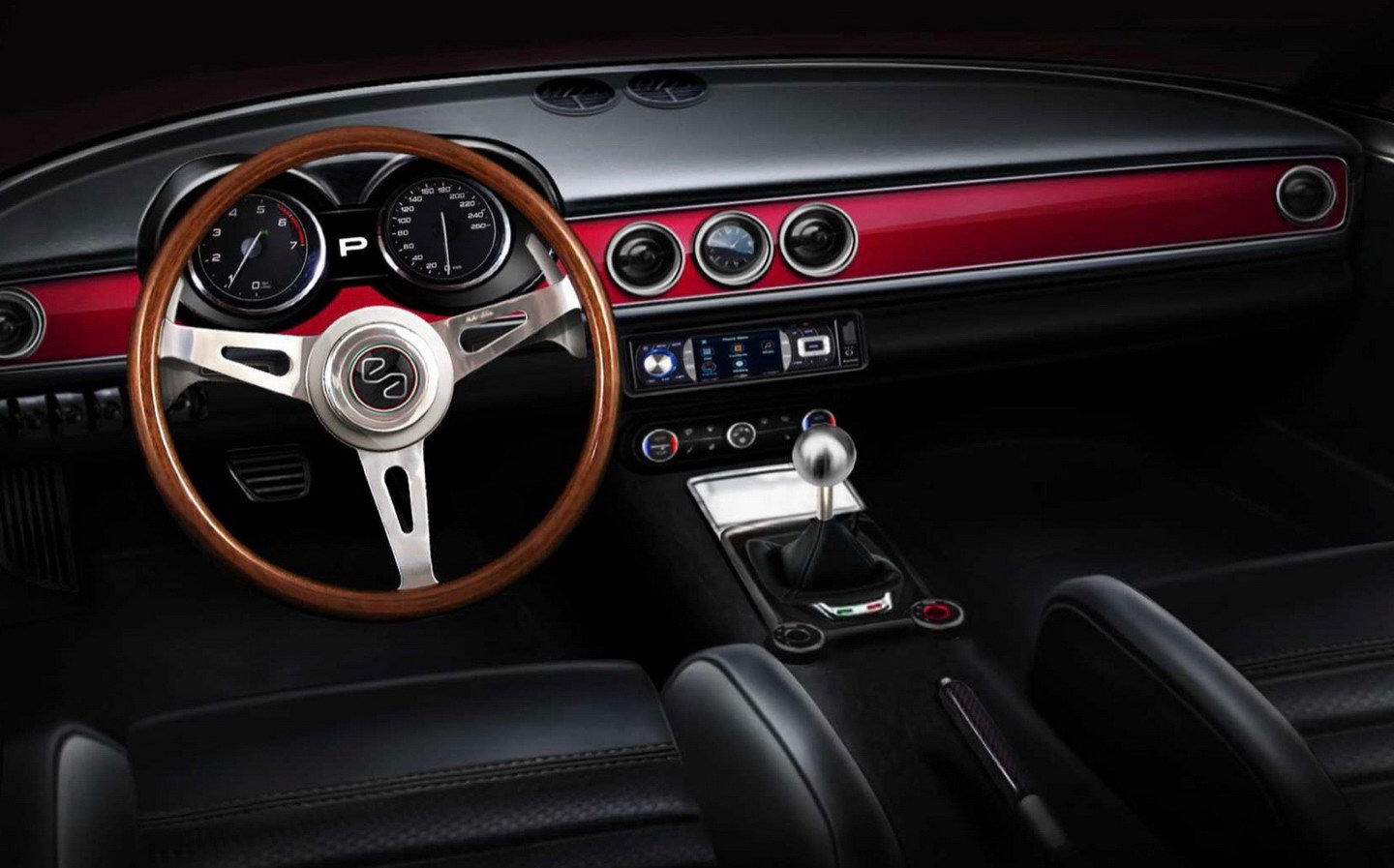 In addition to the overall retro-style design, Emilia has left two elements in particular so as not to spoil the illusion of driving a classic. The steering wheel is still wood-rimmed and, despite the modern automatic transmission, an old-fashioned gearstick sits in the middle of the centre console.

Emilia Auto’s founder, Dr. Ralf-Hendrik Steinkuehler, said: “We have noticed that many potential customers — even though they are still fascinated by classic vehicles — are less tolerant these days when it comes to dealing with their weaknesses. Many beautiful cars, therefore, disappear in collections and are hardly ever driven anymore… that was the starting point for our restomod project.”

In addition to near-countless other companies such as Singer and Icon producing expensive restomods (Porsches and Ford Broncos, respectively) the Emilia Veloce GT will face competition from British company, Alfaholics.

Alfaholics’ GTA-R, based on the same 105-Series GT as the Emilia Veloce, features a 2.0-litre Alfa Romeo twin-spark engine, bored out to 2.3 litres and producing 240bhp. Jeremy Clarkson gave the Alfaholics car a ringing endorsement after driving it last year, awarding five stars and describing it as a car that he “adored… more than is decent, or even healthy”.

Although the Emilia Auto Veloce GT is currently just a rendering, the company is taking orders for a strictly limited run of 22 cars, which will start rolling out of Emilia’s Hamburg workshops sometime in 2022.  The estimated cost, according to the company, is around £341,000 — a premium of more than £20,000 over the Alfaholics version.