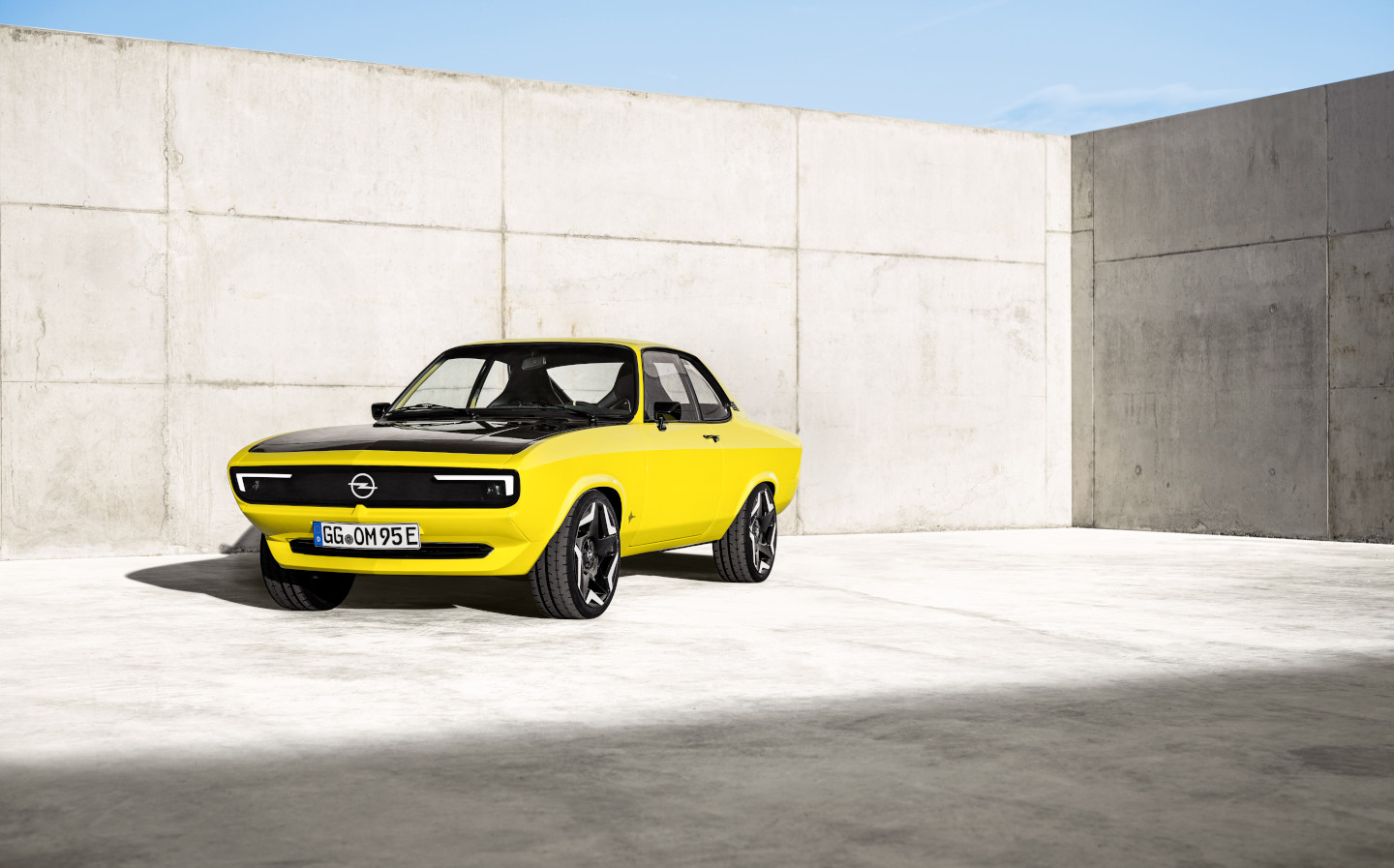 THE OPEL Manta, one of the most beloved cars of the 1970s, has been reinvented as a one-off 145bhp electric restomod.

Made and revealed by Opel itself (now Vauxhall in the UK), the Manta GSe Elektromod knowingly cashes in on the “fascination of a growing fan community” that updates classic cars with modern components. Bristol-based Alfaholics has won plaudits — including the adoration of Jeremy Clarkson — for its reinvention of the Alfa Romeo GTA, while there are specialist companies like RBW that focus on electrifying classic cars — in RBW’s case, the MGB GT and Roadster. 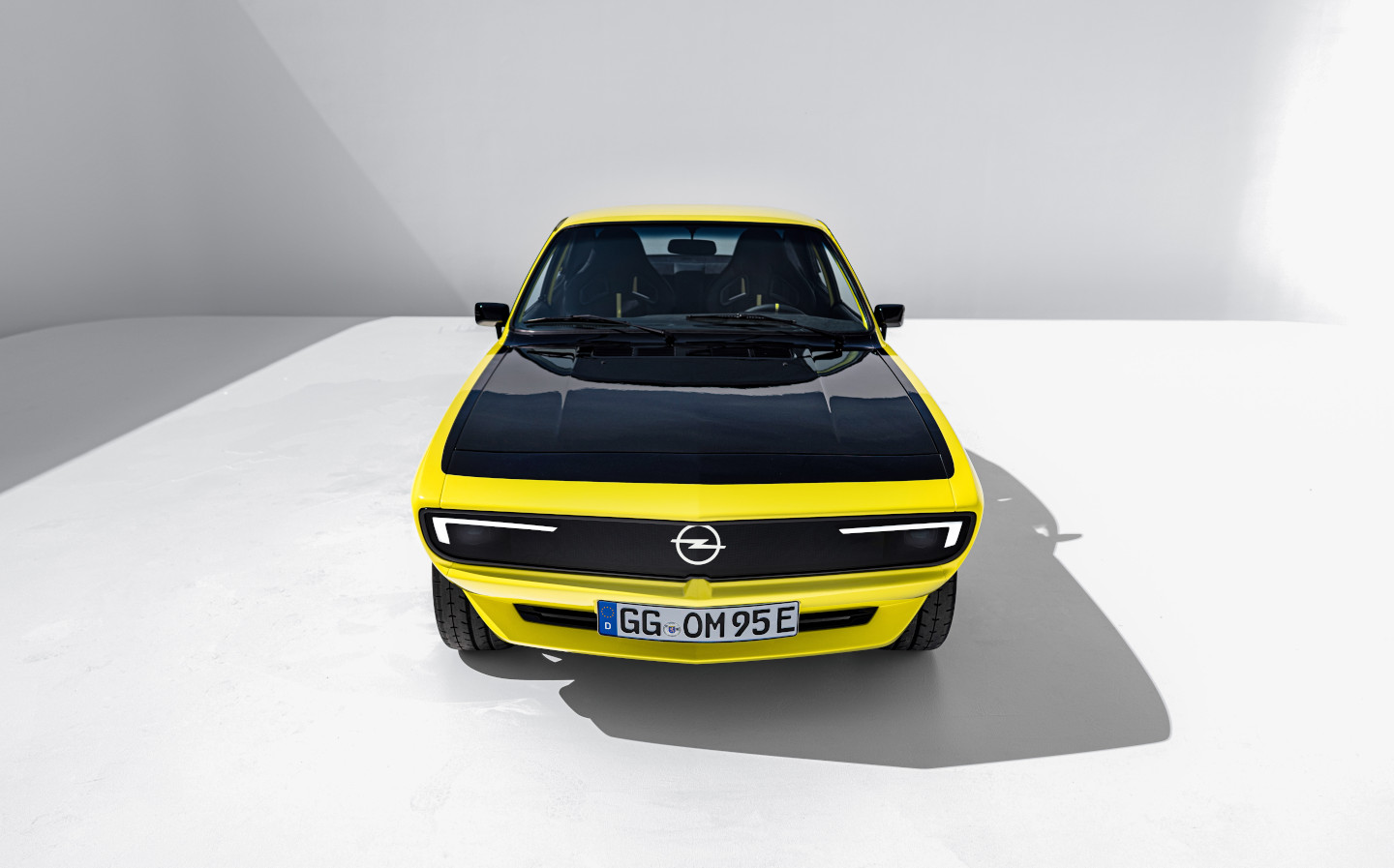 The Manta GSe takes obvious design inspiration from the classic Ford Capri-rivalling coupé while specific design features come from Opel’s modern model range. The “Opel Vizor” face that features on the new Vauxhall Mokka and Crossland — which itself is inspired by the first-generation Manta A — is included, as are wheels influenced by the company’s modern design language. The whole thing is finished in a vibrant shade of neon yellow, with a black bonnet for contrast.

Under said bonnet, things have also been modernised. The original Manta’s four-cylinder engine has been replaced by a 31kWh battery and electric motor sending 145bhp to the rear wheels — more than any original Opel Manta. It’s also more than any of Opel’s current electric line-up — the Mokka-e and Corsa-e, both powered by a 50kWh battery, muster 134bhp. 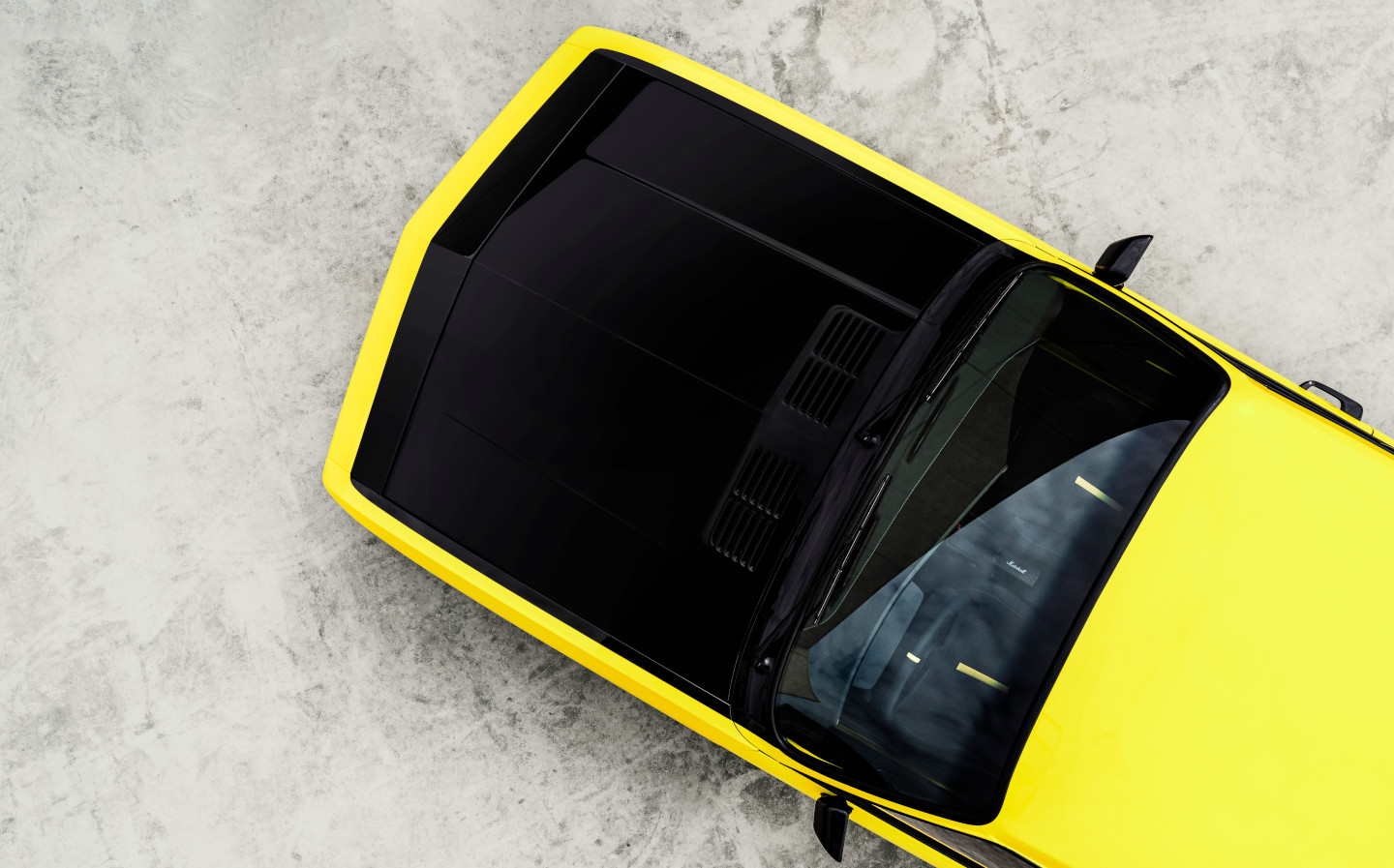 The smaller battery spells weight savings for the Manta GSe but also means that range between charges is more limited than that of Opel’s mainstream electric offerings — approximately 124 miles, in comparison to the Mokka-e’s 201 miles and the Corsa-e’s 209 miles.

However, this won’t dissuade fans once they see that the Manta GSe is equipped with a four-speed manual gearbox — like the original Manta — an extremely rare feature in an electric car, which don’t usually have gears — and if they do, they’re usually automatic.

If that simplicity is something that attracts you, though, the Manta GSe can be left in fourth gear and driven the same as any other EV — the first gear is presumably reserved for burnouts. 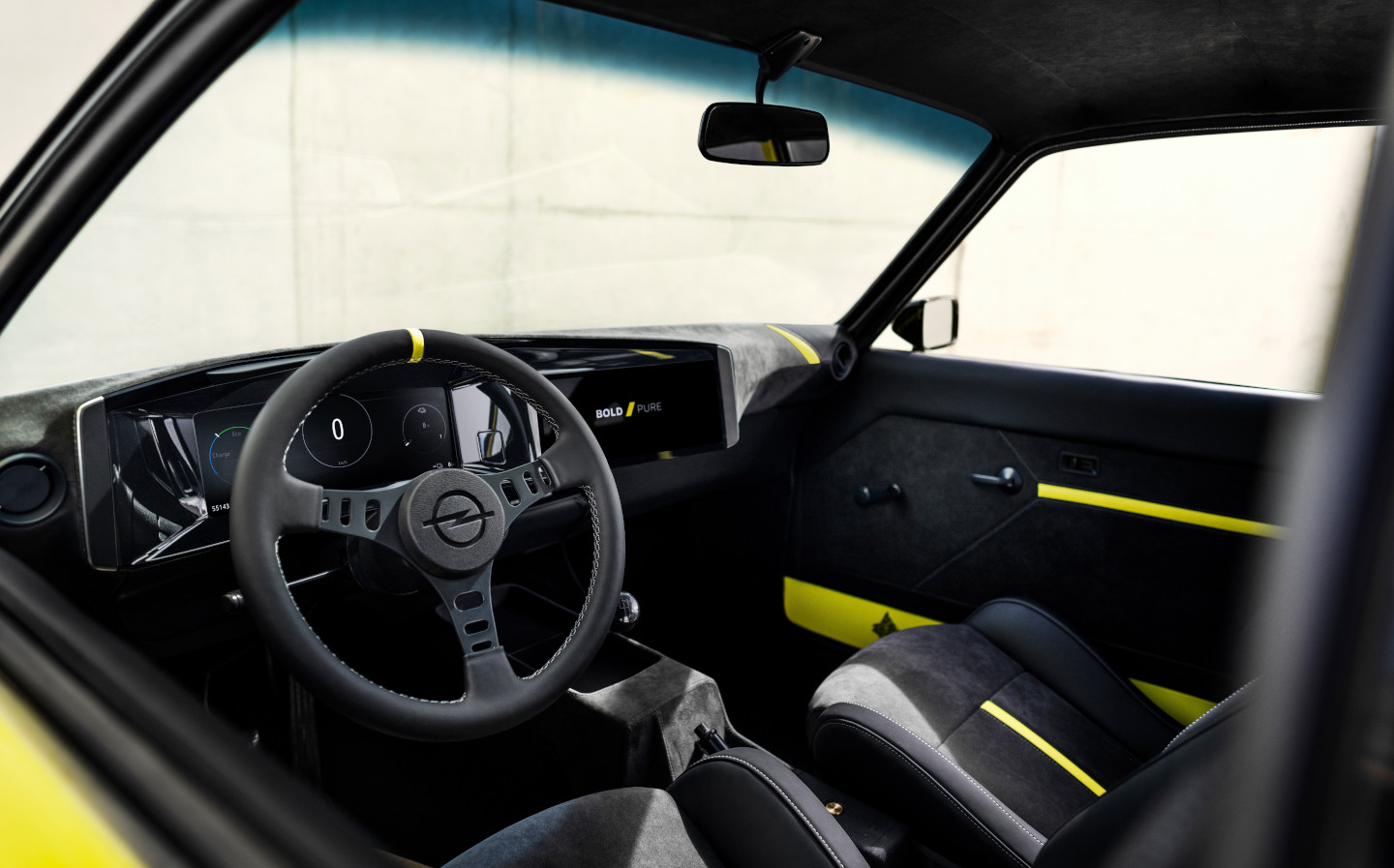 The interior is also a pleasing mix of old and new. Retro features include a Petri three-spoke steering wheel and round instrument dials, while Opel has integrated a 10-inch 12-inch screens displaying vital driving information. The sports seats used in the car were originally developed for the Adam S hot supermini.

If this all sounds too good to be true, that’s because it is — the Manta GSe has firmly been labelled a one-off and is not earmarked for production. However, it’s another hint that Opel’s parent company Stellantis is into the idea of developing an electric coupe; in 2019, Peugeot (which was then, like Opel, part of PSA) unveiled the e-Legend concept, heavily inspired by the design of the 504 Coupé.

Which other classic coupés do you think should get the electric restomod treatment? Let us know in the comments.