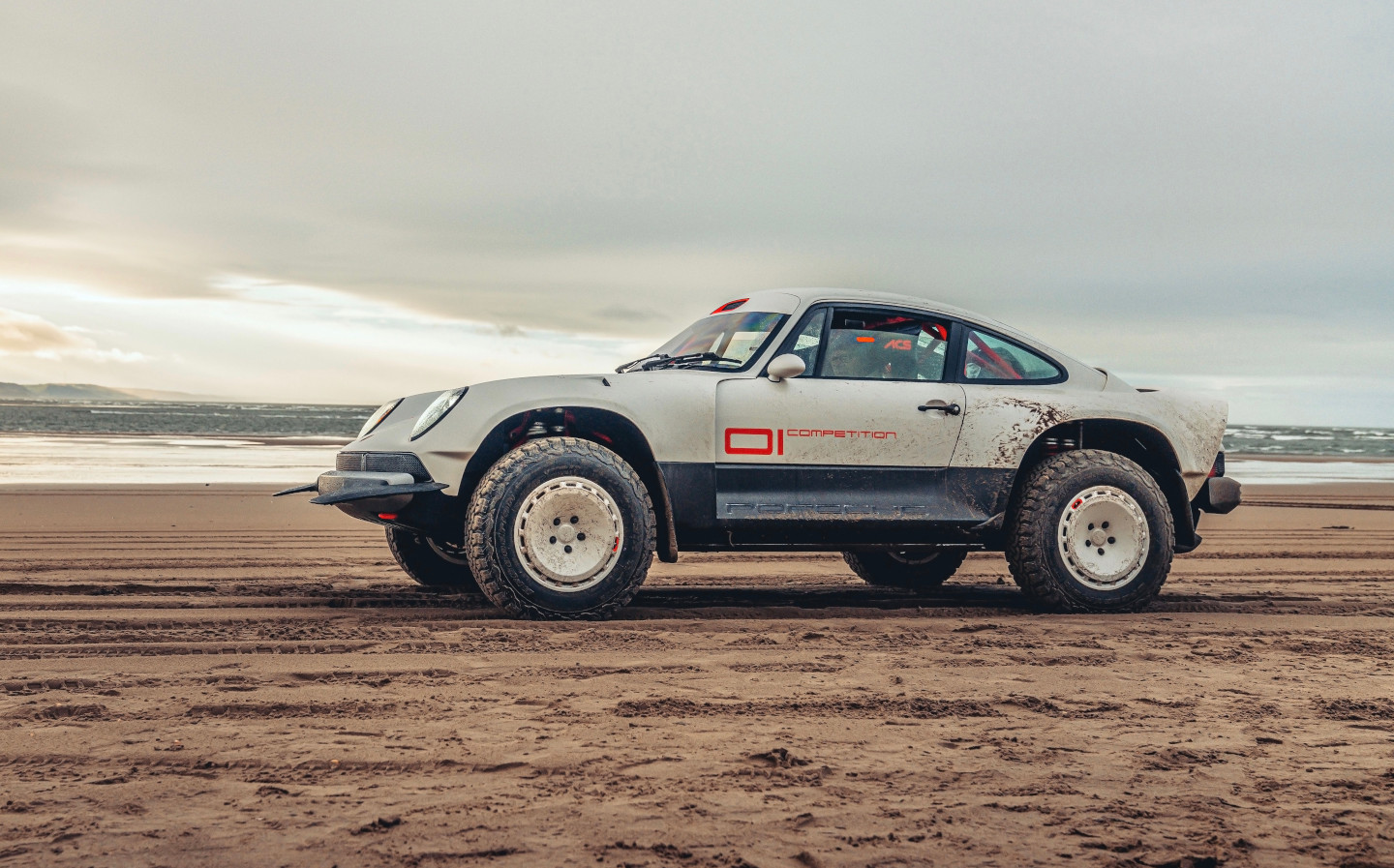 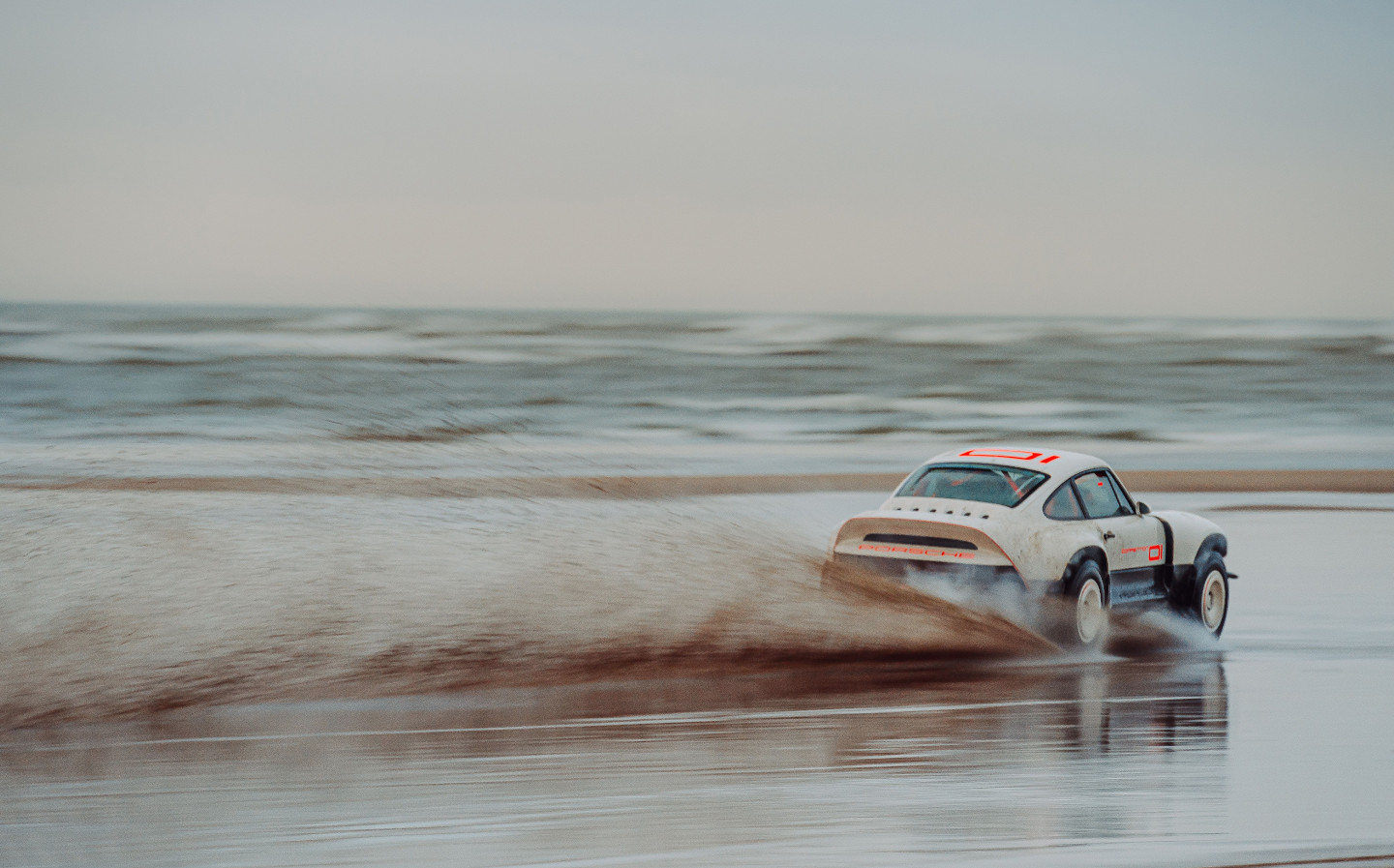 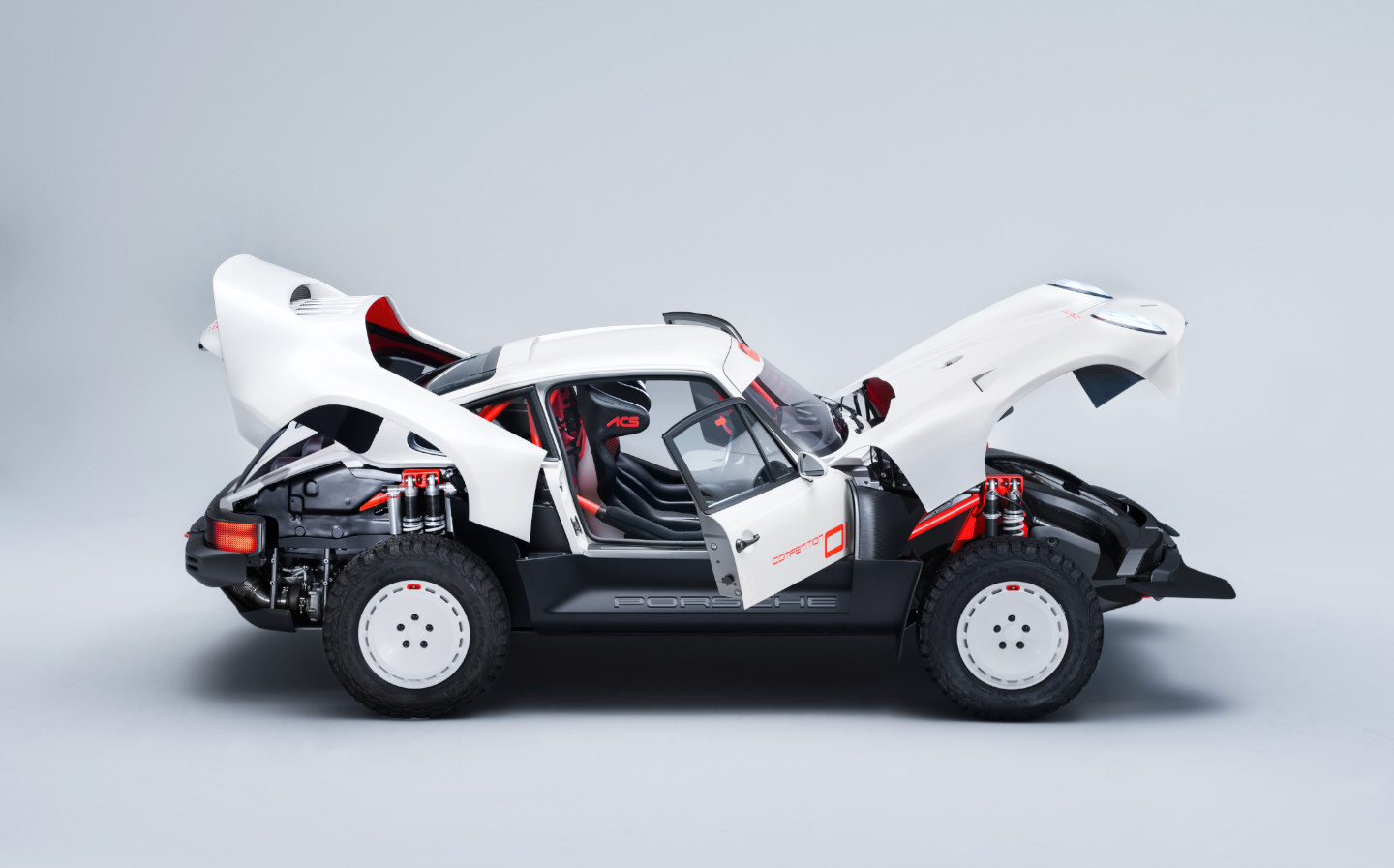 SINGER Vehicle Design has made a name for itself as the place to get a gorgeous, modernised classic Porsche 911 — a type of car known as “restomod” — but the Los Angeles-based engineering firm has now revealed its most eye-catching car to date: the All-Terrain Competition Study (ACS), a Dakar-ready, high-stanced modification of a 1990 Porsche 911 964.

The Porsche specialist, alongside Oxfordshire-based 911 rally firm Richard Tuthill, has created two versions of the ACS for a single (and presumably very heavy-walleted) customer: one, decked out in Singer’s Parallax White paint, is designed for high-speed desert rally racing, while the other is in Corsica Red and intended for use in high-grip tarmac events.

The ACS was designed with Porsche’s 1980s rallying success in mind and there are flashes of rally-going Porsches of that era in its silhouette: particularly at the rear, which conjures images of the Group B 959 and the SC/RS.

As the name would suggest, the ACS was conceived so that it can enter events like the Baja 500 and Dakar Rally (the 2021 edition of which is currently in its fourth stage).

The ACS employs a twin-turbocharged, 3.6-litre, air-cooled Porsche flat six engine, tuned for the requirements of each event to put out at least 444bhp and 420 lb ft of torque. In order to meet the rigorous demands of desert rallying, the body has been strengthened and raised, with twin five-way adjustable dampers in the taller suspension.

In a stark departure from the levels of luxury usually found inside Singer cars, the interior of the ACS is decked out with FIA-spec competition seats and rollcage. A GPS race navigation system is included, of course, so you don’t get lost amid the dunes. There’s also a hydration system for both driver and passenger. 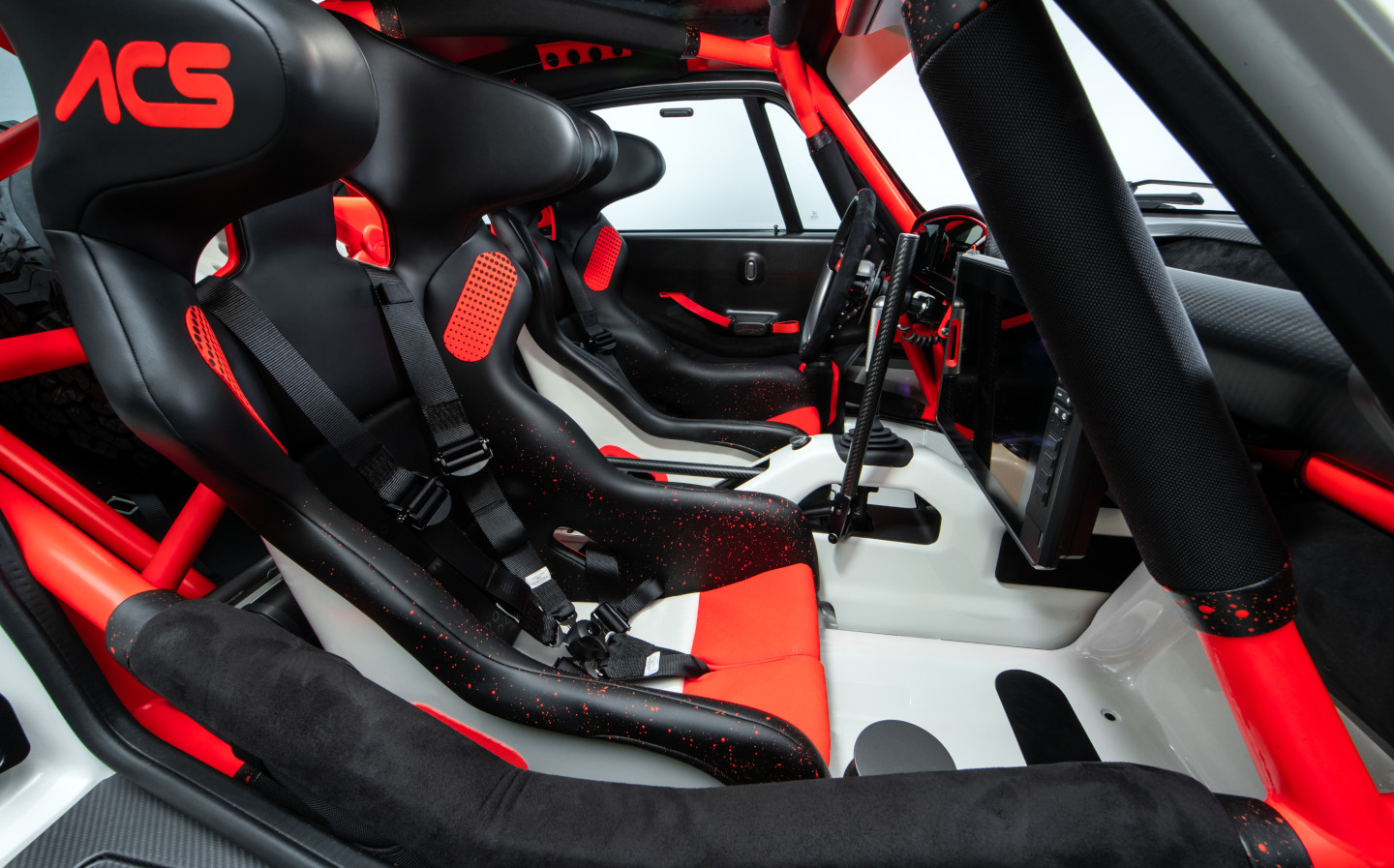 The ride has been heightened dramatically, and the car is equipped with permanent all-wheel drive and a long-range fuel tank. Body panels are made from carbon fibre, with swift replacement and easy underbody access one of the considerations. The tough, lightweight material also helps offset the weight of the cage.

Power is controlled through a five speed dog-box, which can be operated using either a manual or paddle shift.

Despite the fact that the customer likely spent millions on the pair of ACSs, they allowed Singer to make the raft of modifications available to other Porsche owners who fancy a go at dirt rallying. Any future models will be assembled at Richard Tuthill HQ in Oxfordshire.

Singer has avoided putting a specific price on the ACS by mentioning that it will depend on the individual specifications of each customer.

However, if previous studies by Singer are anything to go by, it won’t be cheap — the enchanting Dynamics and Lightweighting Study, a collaboration with Williams Advanced Engineering revealed in 2018, was reported to cost around $1.8m (£1.33m).

But if you had a couple of million pounds lying about, can you think of many better things to spend it on?

If you’re into the Singer All-Terrain Competition Study, you might be interested in the RUF Rodeo, a leather-bound, rugged concept inspired by the Navajo tribe… and Ralph Lauren.