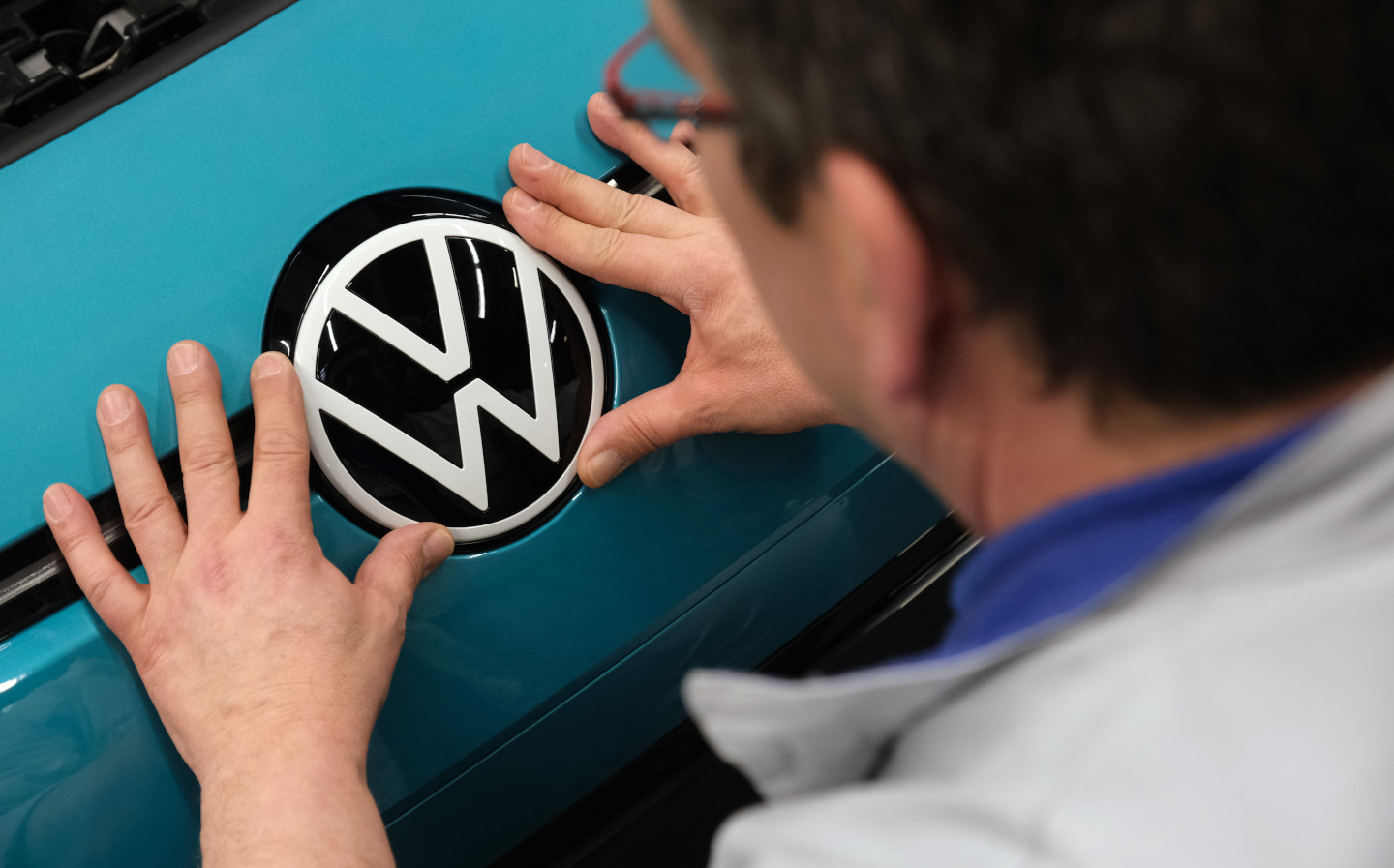 IT WAS a April Fool’s “joke” that duped dozens of reputable media outlets: Volkswagen claimed to be changing its name to “Voltswagen” in North America to promote its new electric car. Except it isn’t, according to Reuters and The Wall Street Journal this morning.

The stunt was ostensibly to promote the company’s sole electric vehicle for the American market, the ID.4, and because it was reported two days before April 1, and the company refused to deny it when questioned about its authenticity, dozens of reputable media outlets reported it, including The Associated Press, the BBC, The Verge and Driving.co.uk.

The news resulted in respected journalists discussing the merits of the change on social media and even moved the company’s share price. 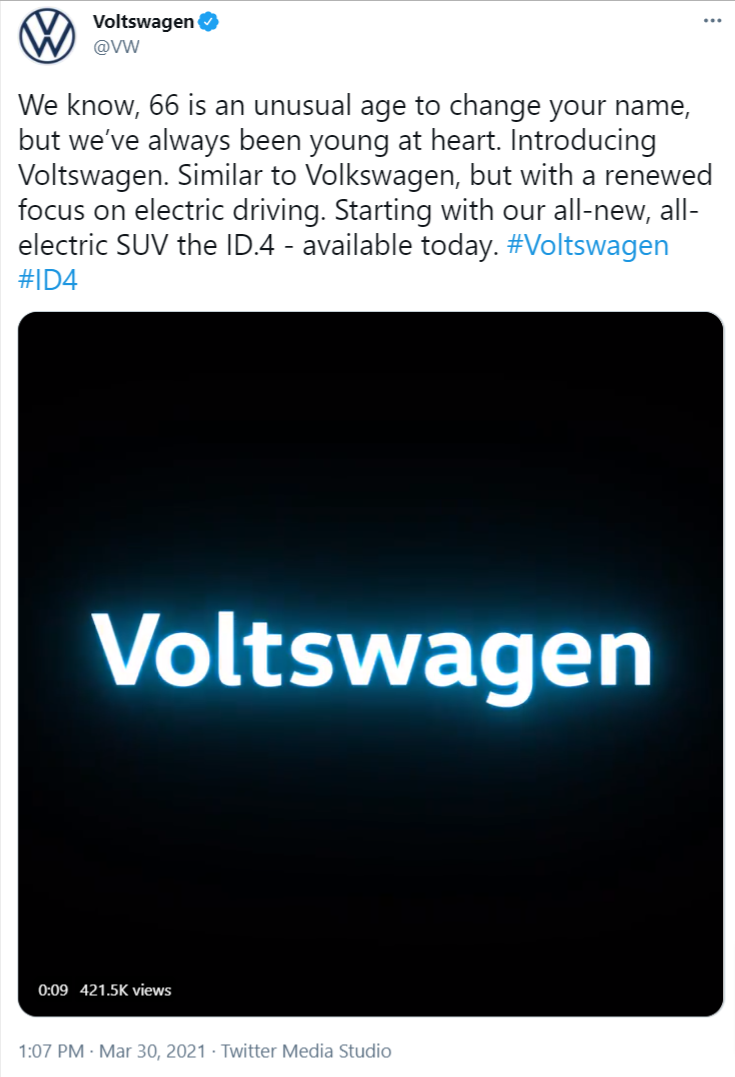 The announcement had been rumoured since a press release dated April 26 was spotted on Volkswagen America’s media website on Monday night — before being swiftly deleted. When contacted by Driving.co.uk yesterday (Tuesday) morning, the press team of VW UK declined to comment, referring us instead to the American press team, which “confirmed” the news in a press release published at around 1pm BST on March 30.

In the press release, Volkswagen of America called it “more than a name change”, rather a “public declaration of the company’s future-forward investment in e-mobility”. A volt is a measure of electricity — specifically, a unit of electric potential between two points.

Volkswagen of America, which was founded in 1955, said it was changing its name to coincide with the release of the ID.4, the first of the car maker’s electric ID series to reach the country (the smaller ID.3, VW’s Golf-sized electric hatchback, will not be put on sale in America).

The name change would occur in May, it said, though the company referred to itself as “Voltswagen of America” throughout the statement.

“We might be changing out our K for a T, but what we aren’t changing is this brand’s commitment to making best-in-class vehicles for drivers and people everywhere,” said Scott Keogh, CEO of VW of America.

“The idea of a ‘people’s car’ [the translation of “Volkswagen” from German] is the very fabric of our being. We have said, from the beginning of our shift to an electric future, that we will build EVs for the millions, not just millionaires.

“This name change signifies a nod to our past as the peoples’ car and our firm belief that our future is in being the peoples’ electric car.”

Volkswagen has had a significant amount of brand rebuilding to do since the 2015 dieselgate scandal, which was triggered when the US’ Environmental Protection Agency (EPA) found that the car maker had been installing “defeat devices” on its diesel models. During lab-based emissions tests, the cars could automatically switch to a less polluting mode than when used in real-world conditions. VW has faced legal action both in the US and overseas (including the UK).

However, it has since made a pronounced effort to reinvent itself as a green brand, committing to the goals of the Paris Climate Agreement and agreeing to meet California’s more stringent emissions regulations. The VW Group has pledged to launch 70 electric models across its brands (which include Audi, Porsche, Skoda, Lamborghini, Seat, Bugatti and Bentley as well as VW) by 2030, to reduce its carbon footprint by 30% by 2025, and to achieve net carbon neutrality by 2050.

The car maker also appointed a watchdog last year to ensure ethical supply of the raw ingredients used in its electric car batteries, and the cars manufactured at it’s Zwickau factory in Germany are done so in a carbon neutral manner.

All of which lent weight to the idea that it would be rebranding. Yet it turned out to be another deception.

“We didn’t mean to mislead anyone,” a Volkswagen spokesperson in Wolfsburg told the Wall Street Journal. “The whole thing is just a marketing action to get people talking about the ID.4.”

Reminder: it is still not April 1.