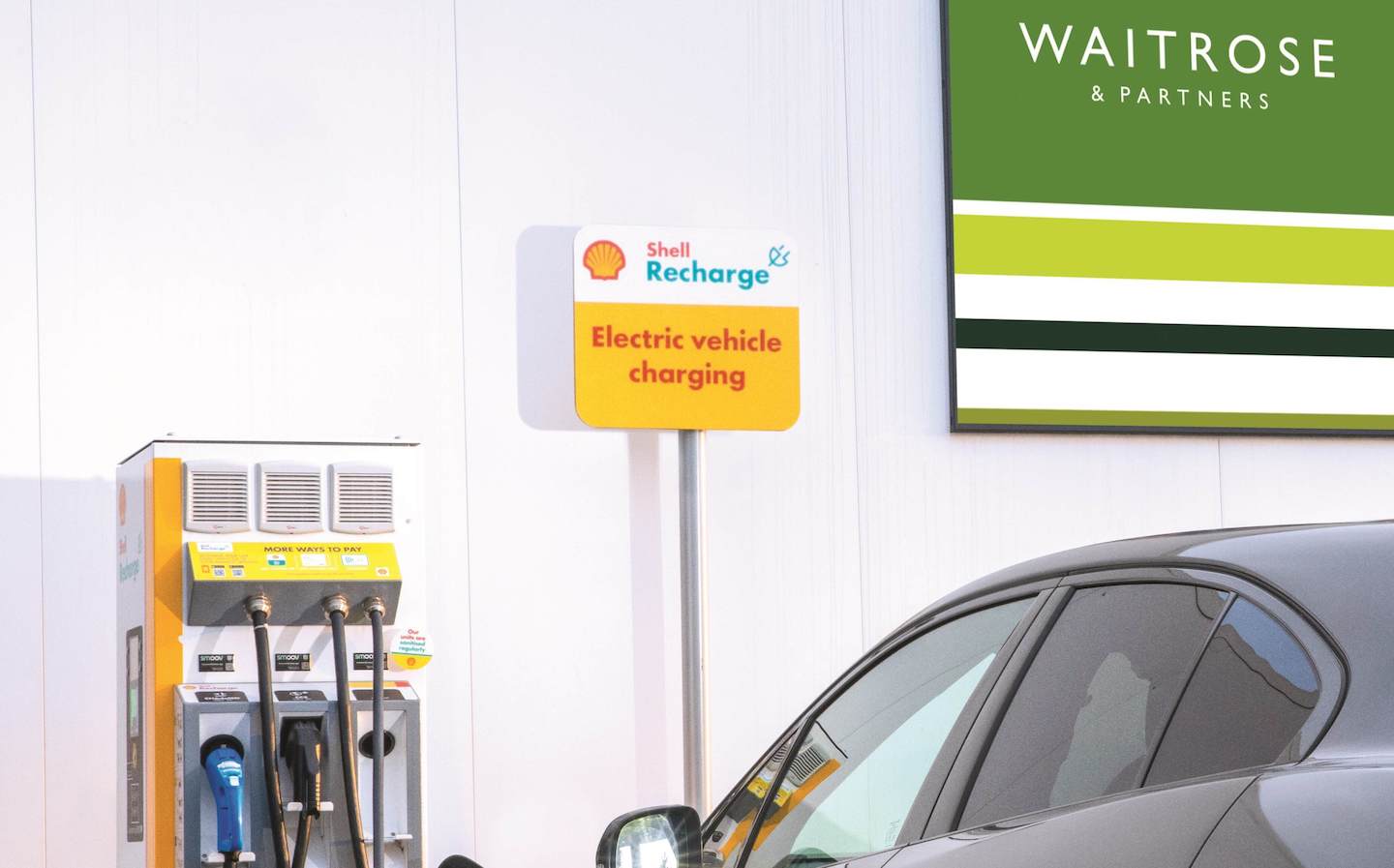 FUEL giant Shell has signed a deal with Waitrose to install 800 electric car charging points at supermarkets by 2025.

The chargers will be spread across 100 Waitrose locations, and each one will have six 22kW AC chargers and two ‘fast’ 50kW DC chargers.

To put that in perspective, a Tesla Model 3 with the smallest 55kWh battery pack would take five hours to fully charge from flat at a 22KW charger, or around 50 minutes to reach 80% using the 50kW connector.

Shell Recharge, the EV-friendly side of the firm, will install the chargers as it continues its gradual shift away from oil production and sales of petrol and diesel.

Currently, Shell has some 100 charging points in the UK and wants to grow that to more than 5,000 by 2025. The Waitrose tie-up is its first move towards more  “destination charging” — putting chargers in locations that people visit for reasons other than refuelling, rather than at existing petrol stations or dedicated sites along motorways and trunk roads.

According to the RAC Foundation, the average car or van in England is driven just 4% of the time; for the rest of its life it is either parked at home (73%) or elsewhere (23%), such as at a shop or workplace. Electric vehicle experts point out that any time a car is parked, it could be recharging — given the infrastructure to do so.

Bernadette Williamson, Shell UK’s general manager of retail, said: “This is great news for EV drivers across the UK, knowing they can easily, quickly and reliably charge up at Shell charge points while shopping at Waitrose. We want to make EV charging as hassle-free as possible and support our customers wherever they want to charge.”

James Bailey, Waitrose’s executive director,  said described it as an important partnership for his supermarket.

“[It] means we can offer even greater convenience to more of our customers,” he said. “We’re also delighted to bring our customers 800 new charging points … as the UK moves more and more towards a sustainable transport network.”

The deal will also see Shell offer Waitrose products in a greater number of its petrol stations. At present, Waitrose groceries are sold in 68 Shell shops but this will expand to 125 locations by 2025.

In addition, the John Lewis click & collect service for online shopping will be expanded to 80 Shell forecourts this summer.

As sales of electric cars continue to grow, and with the UK government committing to end the sale of new petrol and diesel cars, more companies are looking at ways top better provide services and amenities for drivers charging up.

Last month, Tesla filed trademarks for roadside restaurants that would be set up at or close to its own expansive charging network.

Tesla is currently the only car manufacturer that has developed an exclusive charging network for its customers, which has been a major selling point for Tesla as prospective buyers decide to switch to electric cars. However, this week CEO Elon Musk confirmed that the American Supercharger network would be opened up to all electric vehicle drivers later this year, with a rollout to global locations to follow.