THE FIRST of 100,000 electric delivery vans made by American start-up Rivian have hit the road for online marketplace Amazon.

Amazon purchased the vans from the electric vehicle maker a year ago as part of its pledge to become a carbon-neutral company by 2040. The online marketplace hopes to have up to a tenth of the fleet in operation by 2022.

The first deliveries commenced in Los Angeles last week and the new vans are projected to be operating in 15 additional cities by the end of this year.

Each vehicle is made at Rivian’s plant in Plymouth, Michigan (around 22 miles away from Detroit, America’s automotive hub), and has a range of 150 miles per charge. Testing of the vehicles commenced around four months ago and the companies claim that the process of designing, manufacturing and testing the vehicle took just one year.

Amazon has started the long process of kitting out its delivery depots with electric chargers and says it has already installed thousands of units.

In a video announcing the rollout of the delivery vehicles, Ross Rachey, director of Amazon’s global fleet, said: “Climate change doesn’t allow us to sit back and be passive… Amazon made a commitment to be net-zero carbon by 2040. Electrifying our fleet is going to help us get there.

“We’ve relied on Rivian’s automotive expertise, we’ve listened to our drivers, we’ve created something that’s at the leading edge of safety technology. That’s better for our drivers, better for the planet, and unlike anything that’s out on the road today.”

In February 2019 — just four months after the debut of its R1T and R1S electric cars at the L.A. Auto Show — Rivian announced that it had received $700m (£506m) from an investment round led by Amazon. The company has since participated in further investment rounds, including one amounting to $2.65bn (£1.92bn) last month.

Other high-profile investors in Rivian include Ford, which invested $500m (£361m) in the company in 2019. Upon announcing the investment, the two companies said that they would create an electric vehicle using Rivian’s scalable vehicle architecture.

The vehicle was expected to be an electric SUV bearing the Lincoln badge but reports suggest the ongoing coronavirus pandemic has changed these plans.

Founded in 2009 by current CEO Robert J. Scaringe, Rivian’s mission statement is to be a maker of “electric adventure vehicles”. As such, its two maiden models — the R1S and the R1T — are an SUV and pick-up truck respectively. 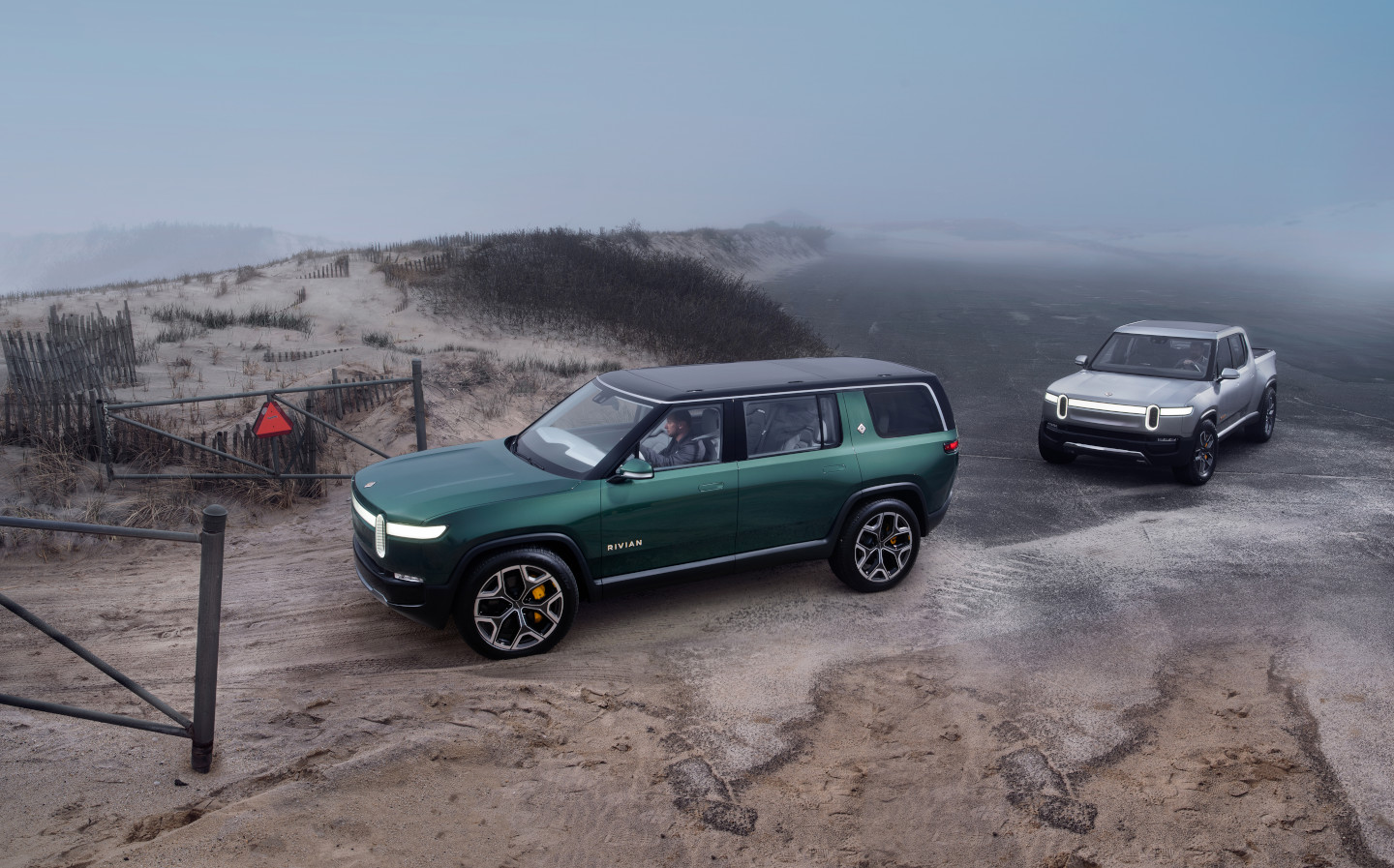 Both models are set for US release this year, and if all goes well, Rivian could become a market disruptor in the mould of fellow American EV company Tesla, which last year became the most valuable car company in the world.

Both the R1T and R1S will directly compete with Tesla models — the R1S with the Model X and the R1T with the upcoming (and very polarising) Cybertruck.

Both its initial releases come with impressive stats: a claimed range of up to 400 miles per charge, around 740bhp, and a wading depth and towing capacity comparable with the new Land Rover Defender.

Will Rivian become as valuable as Tesla?

Following the release of the R1T pick-up in June and the R1S SUV in August, Rivian is planning to go public (the legal process of moving from a privately-owned company to a publicly-owned one through selling shares) at a valuation of more than $50bn, according to Bloomberg.

If the $50bn valuation reported proves to be true, it would be of the biggest IPOs (initial public offering) of the year, and one of the most significant automotive public offerings since Tesla’s in 2010. After its January investment round, the company was reportedly valued at $27.6bn.

A Rivian spokesperson declined to comment when approached by Bloomberg. The IPO is expected to be announced in September, but could occur later in the year or even the early stages of 2022.

Yesterday, reports emerged that Rivian is scouting sites for a European manufacturing plant. Expert commentators said the plant would initially manufacture Amazon’s delivery vehicle before moving on to production of the R1S and R1T. The UK is reportedly being considered as the location for the plant, alongside Germany and Hungary.