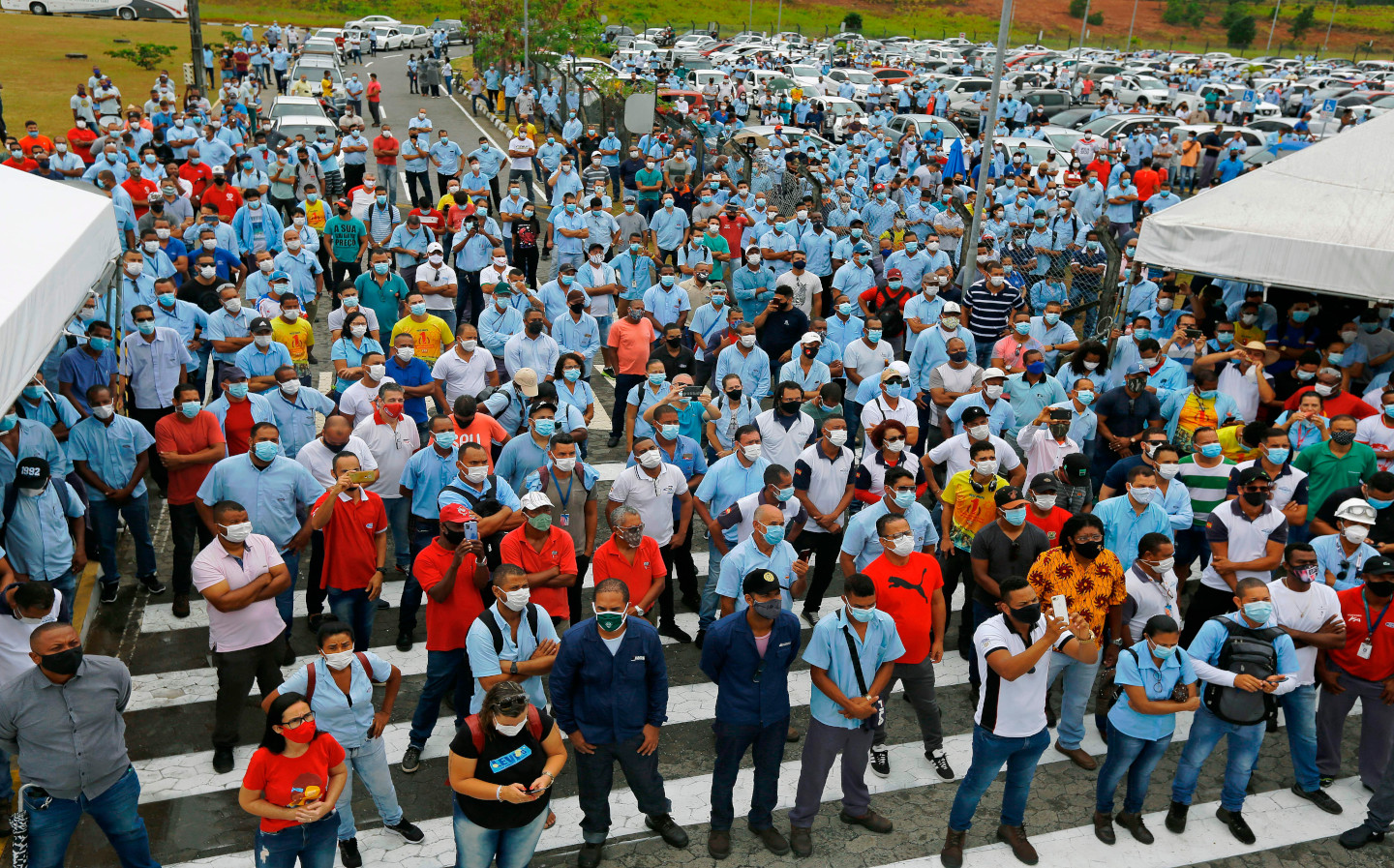 FORD FACTORY workers in Brazil have gathered at the gates of a manufacturing plant to protest the car maker’s decision to end its production operations in the country.

Employees assembled this morning outside the Camaçari plant in the north-eastern state of Bahia, which will close after an announcement was made by Ford yesterday. Another two plants — the Taubaté factory near São Paolo and the Troller factory, which manufactures the Brazil-only T4 SUV — will also close.

The factory closures come at the cost of around 5,000 jobs, most of which are based in Brazil. The Troller plant will remain in business until the end of 2021, while the Camaçari and Taubaté factories will close immediately.

Explaining the decision, Ford said that the coronavirus pandemic, which has proved catastrophic for the car industry, had amplified already-present issues. These include “industry idle capacity” — i.e. the amount of time during which no production occurs at manufacturing plants — and significant losses caused by years of declining sales.

The closures are part of a previously-announced $11bn (£8bn) global restructuring initiative.

According to Reuters, Ford’s sales in Brazil plummeted 26% last year and are not expected to recover to pre-pandemic levels until at least 2023. When sales do recover, the manufacturer reportedly expects a bigger emphasis on company car sales, which are less profitable.

Ford will maintain an operational presence in Brazil in the form of its product development centre in Bahia, as well as its testing facility and regional headquarters in São Paolo. 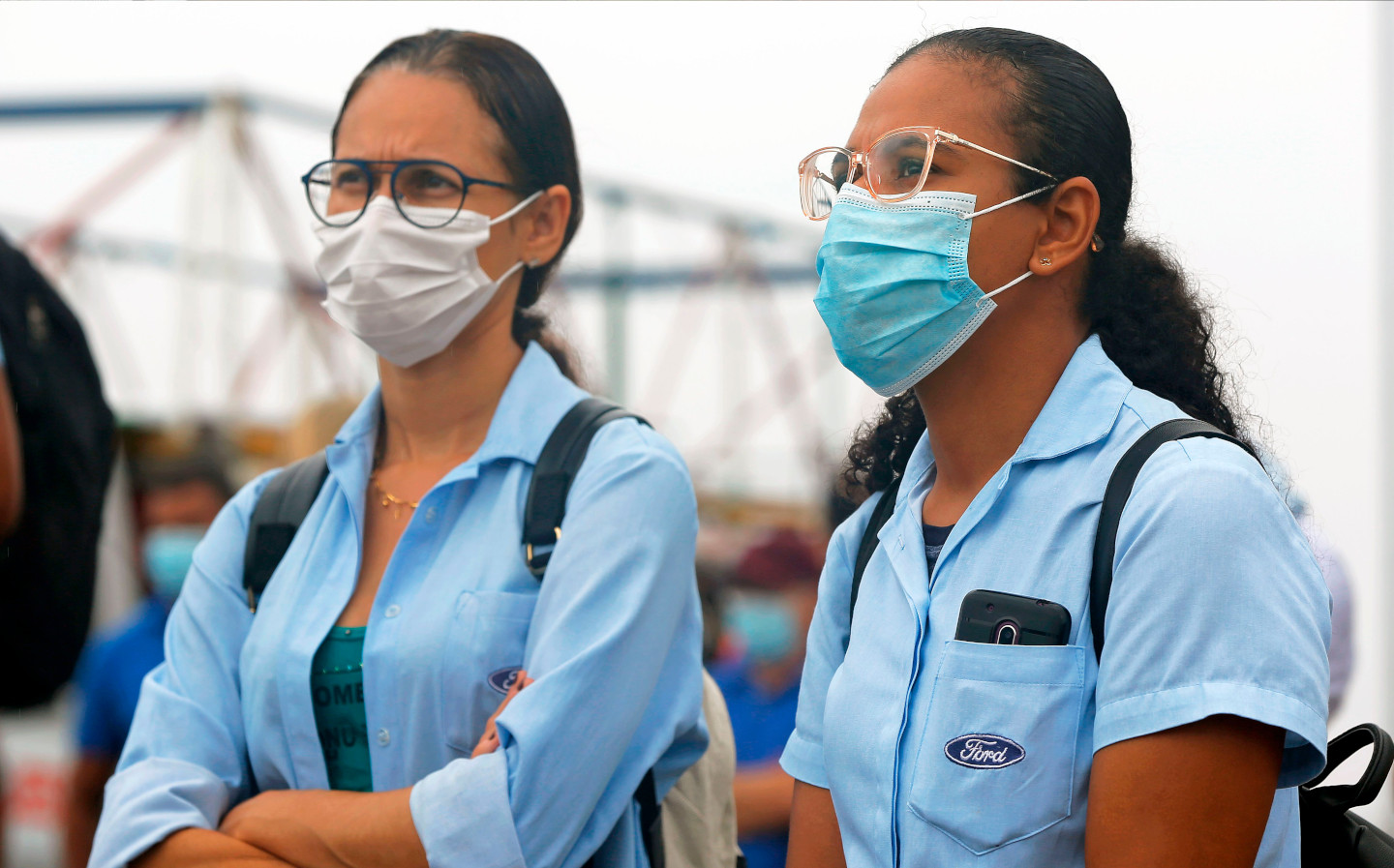 The company said that it would immediately begin negotiations with union representatives and stakeholders in order to achieve an “equitable and balanced” departure from the country.

The company made assurances that its automotive presence in the country would continue despite the cessation of its Brazilian manufacturing facilities. It promised continued supply of its most popular models, including the new Bronco, new Transit van, and Mustang Mach 1, as well as the new Ranger pick-up, which is manufactured for the South American market in Argentina. Ford’s Argentinian plant will remain open, as will another in Uruguay.

However, the closure of the Brazilian factories will spell the end of South American sales of the EcoSport and T4 SUVs, as well as the Ka supermini, it is understood.

Ford also said that it would accelerate the introduction of upcoming electric vehicles. The company has reportedly invested around $11.5bn (£8.5bn) in EVs, and is currently in the process of bringing its Mustang Mach-E SUV to market.

Ford’s electric plans also include an electric Transit van and reportedly an electric version of the beloved F-150 pick-up, which could potentially be unveiled this year.

It will also make use of Volkswagen’s electric architecture to deliver a “high volume” EV to the European market.

Ford CEO Jim Farley said: “With more than a century in South America and Brazil, we know these are very difficult, but necessary, actions to create a healthy and sustainable business.

“We are moving to a lean, asset-light business model by ceasing production in Brazil and serving customers with some of the best and most exciting vehicles in our global portfolio.

“We will also accelerate bringing our customers the benefits of connectivity, electrification and autonomous technologies to efficiently address the need for cleaner and safer vehicles well into the future.”

After reading about Ford’s decision to end its Brazilian production operations, you might be interested in other business news from driving.co.uk.