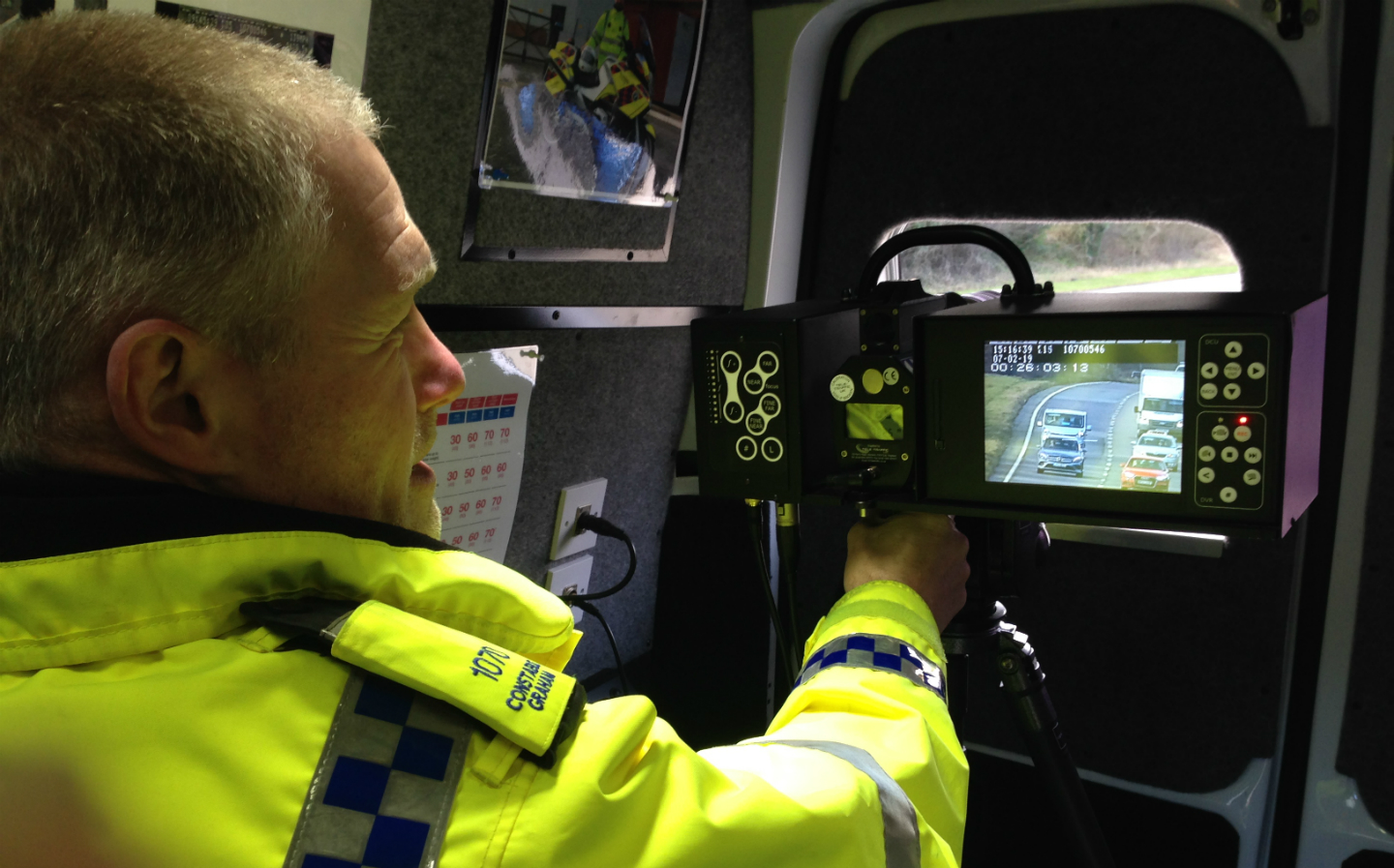 THE MAJORITY of motorists are in favour of the police adopting long-range speed cameras, a new survey has found.

According to the poll by the RAC, nearly three-fifths (59%) of those surveyed said they wanted traffic cops to use long-range cameras, which are capable of spotting motoring offences from two thirds of a mile away and can catch almost 40 drivers a day, to help clamp down on illegal driving etiquette.

The cameras can not only detect speeding vehicles but also pick up a number of other offences including failing to use seatbelts, drivers using their phones, tailgaters and obscured number plates.

Just over a quarter (28%) of those surveyed said they were against long-range cameras being rolled out across UK police forces, with 44% saying they would be “unfair” to motorists and 13% admitting they were likely to be caught speeding by one.

A study conducted by Direct Line and Thatcham Research in April last year found that nearly half of Britain’s drivers believe it is acceptable to break the speed limit, and one third said they deliberately speed on an empty road. Statistics from the Department for Transport (DfT) released in November backed up the study, with nearly half of all car drivers found to have exceeded the maximum speed limits on UK roads last year.

The recent RAC poll was launched in response to Gloucestershire Police’s feedback on the long-range cameras it trialled in November last year as part of Operation Indemnis, an effort to educate motorists about the importance of road safety.

The camera was used at 35 sites in November and 1,293 speeding offences were detected. Ten drivers were caught travelling at 100mph or more, including one who was doing 126mph. The cameras also helped traffic officers identify five tailgating offences and seven seatbelt infringements.

While predominantly focused on catching unaware criminals in the act, the cameras can also help other road users in distress. During the same November trial, the long-range gear contributed to Gloucester Police assisting 10 drivers whose cars had broken down.

Following the camera trials, Martin Surl, police and crime commissioner for Gloucestershire, said: “This is not about bashing the motorist. I’m just as pleased to see police were there to help drivers in trouble, as well as being able to challenge those breaking the law.

“Many people have come to me with their concerns about speeding and other safety issues along this road.

“This is a new model of collaborative roads policing which, if it proves a success, can be put into practice elsewhere.”