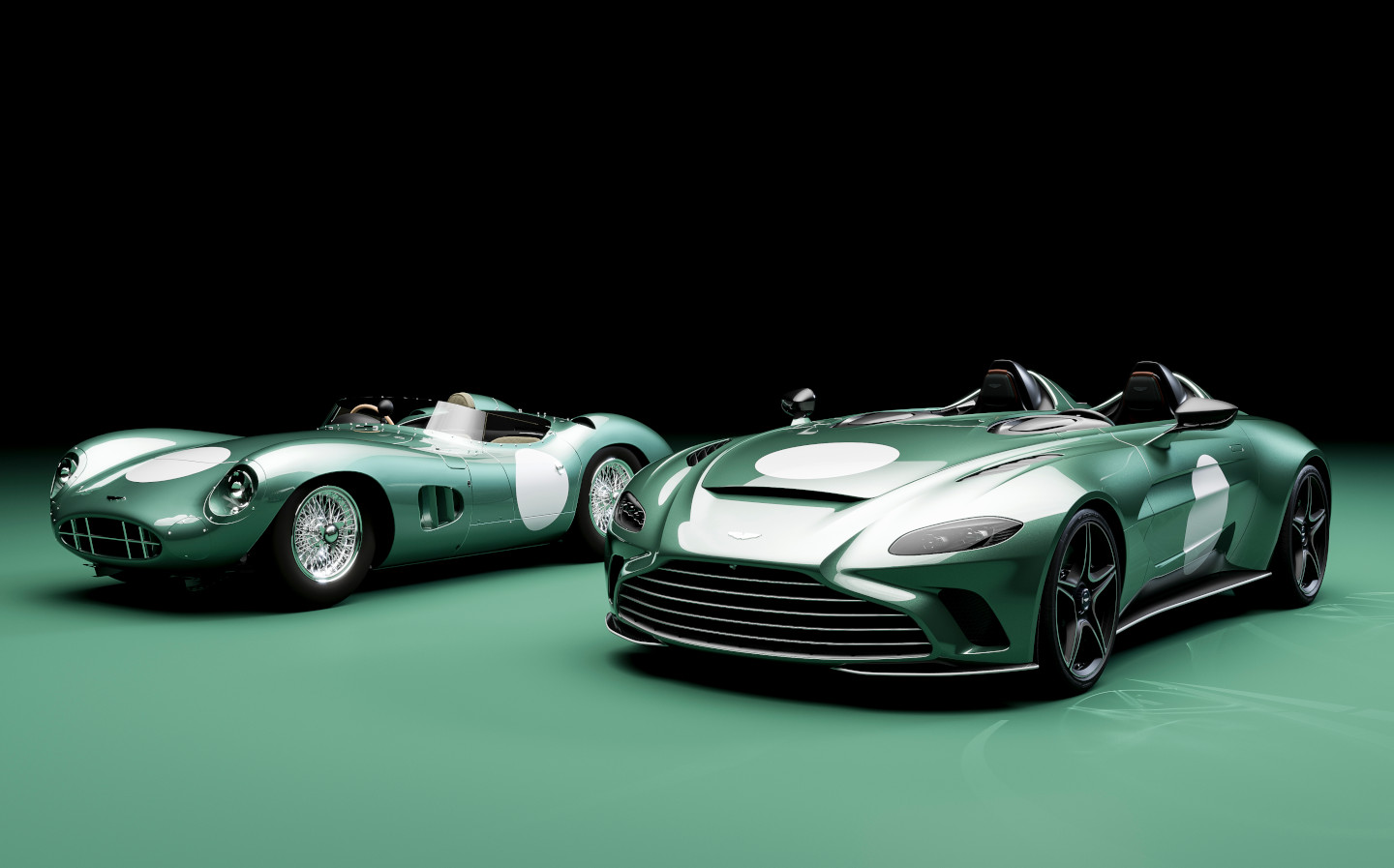 ASTON Martin will release its upcoming open-top V12 speedster in a specification inspired by the Le Mans-winning DBR1.

Intended to be unveiled at last year’s cancelled Geneva Motor Show, the V12 Speedster will be made in an extremely limited run of 88 by Aston Martin, and will compete for the affections of the same thrill seeking aristocrats as the Ferrari Monza and McLaren Elva.

The DBR1 specification of the car will take a number of styling cues from the iconic fifties racer including the Aston Martin Racing Green paint job with a white pinstripe and roundels, a Satin Silver anodised grille and switchgear, Conker saddle leather and Viridian Green leather accents. Each car spends more than 50 hours being painted at Aston’s facility. 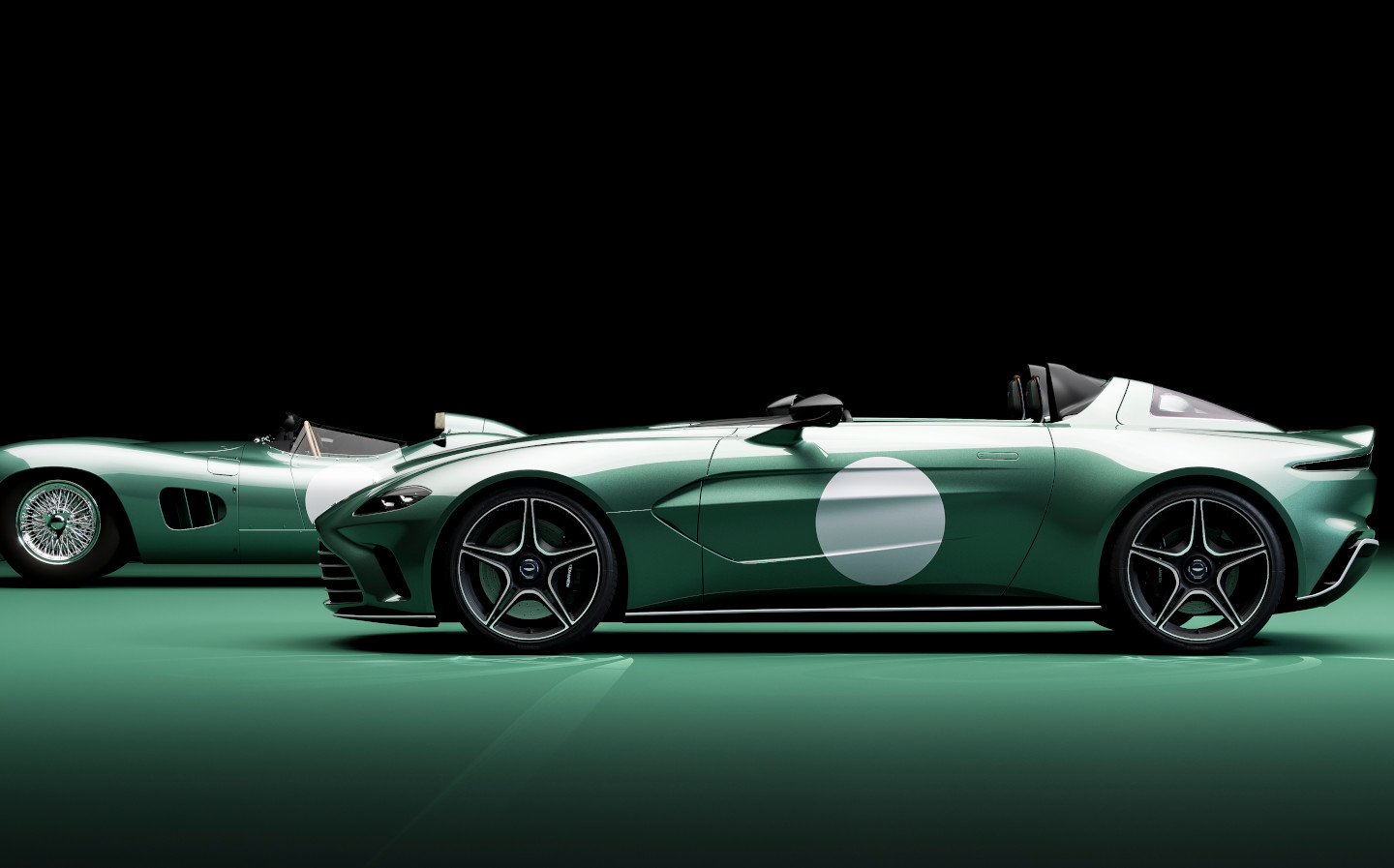 Commenting on the design, Aston Martin Chief Creative Officer Marek Reichman said: “Creating a bespoke specification that nods to the glory of the DBR1 has been a huge privilege for my team and I, and I very much look forward to seeing these cars being driven with the same enthusiasm that we have applied to their design.”

The DBR1 was introduced in 1956, and was raced to victory by the late Sir Stirling Moss at the 1000km of Nürburgring in 1959. Its most famous victory came in the same year at the 24 Hours of Le Mans — Aston Martin’s only win at the iconic endurance event. It is the most successful racing car ever made by the brand. 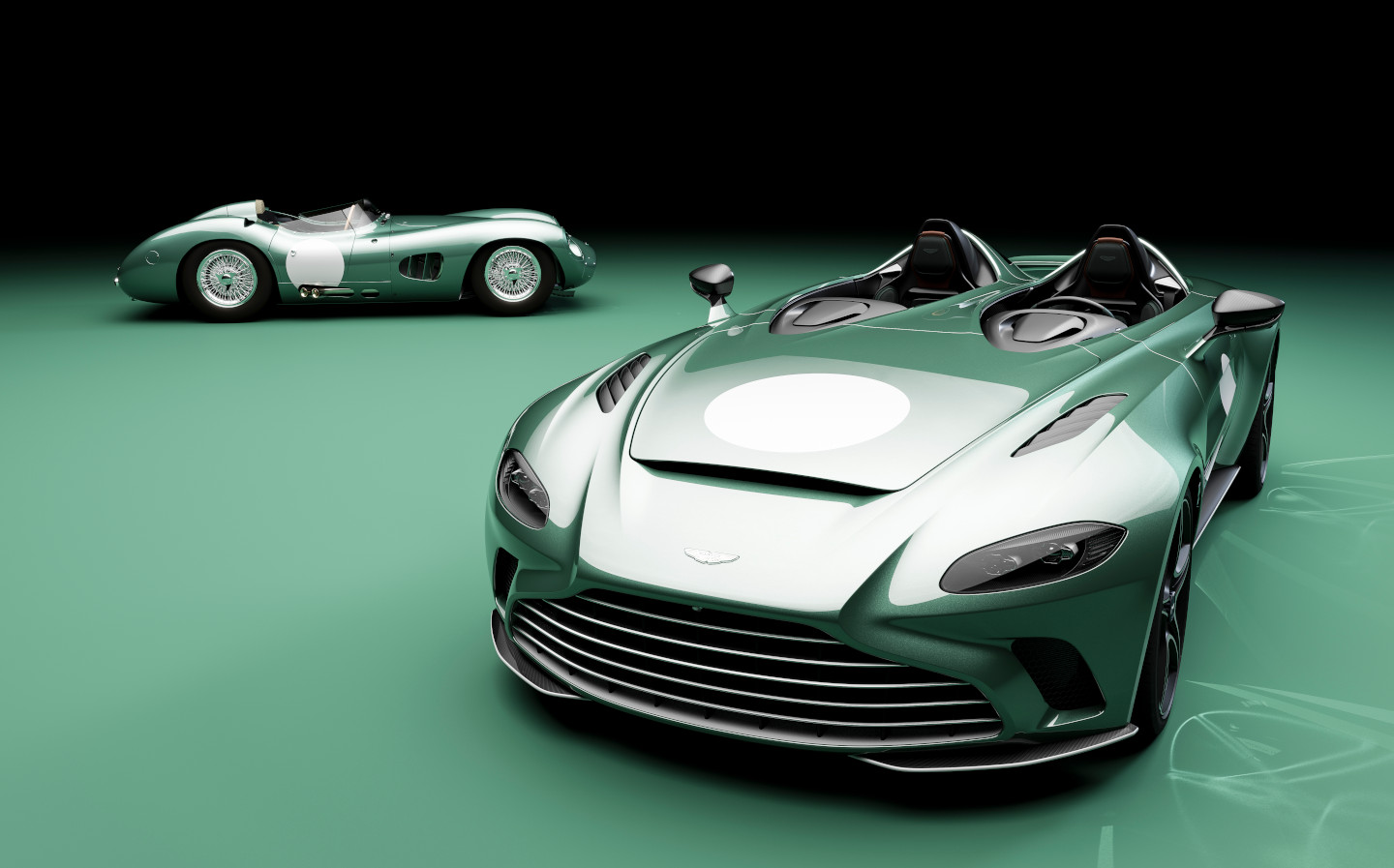 In comparison, the mid mounted, 5.2-litre, twin-turbo V12 — shared with the DB11 — that powers the Speedster puts out 690bhp of power and 555 lb ft of torque, allowing a 0-60mph time of 3.4 seconds and a limited top speed of 198mph. In a car devoid of a roof or windscreen, such performance is likely to be brutal.

The V12 Speedster was made by Aston Martin’s bespoke division, Q by Aston Martin (a reference to the brand’s historic association with the James Bond franchise), and is claimed to be the result of a collaboration with aircraft manufacturer Boeing. Components from both the Vantage and DBS Superleggera have been used in its construction. 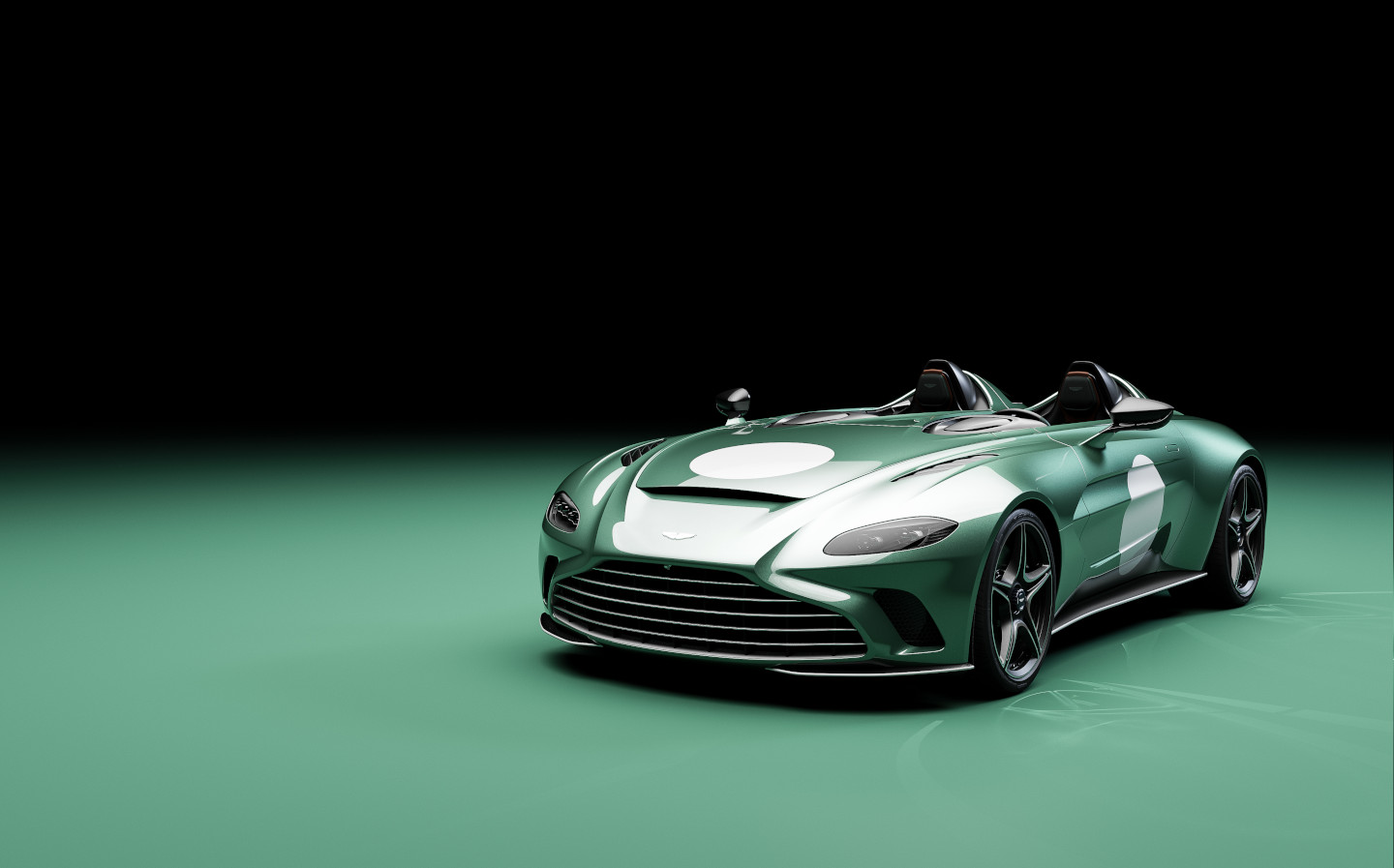 Those who aren’t taken by the DBR1 livery on the V12 also have the option of a sleek “Skyfall Silver”.

Orders are now being taken for the extremely limited production car, with each costing £765,000 — expensive, but cheaper than the seven-figure Monza and Elva. Deliveries are expected to begin later this year.