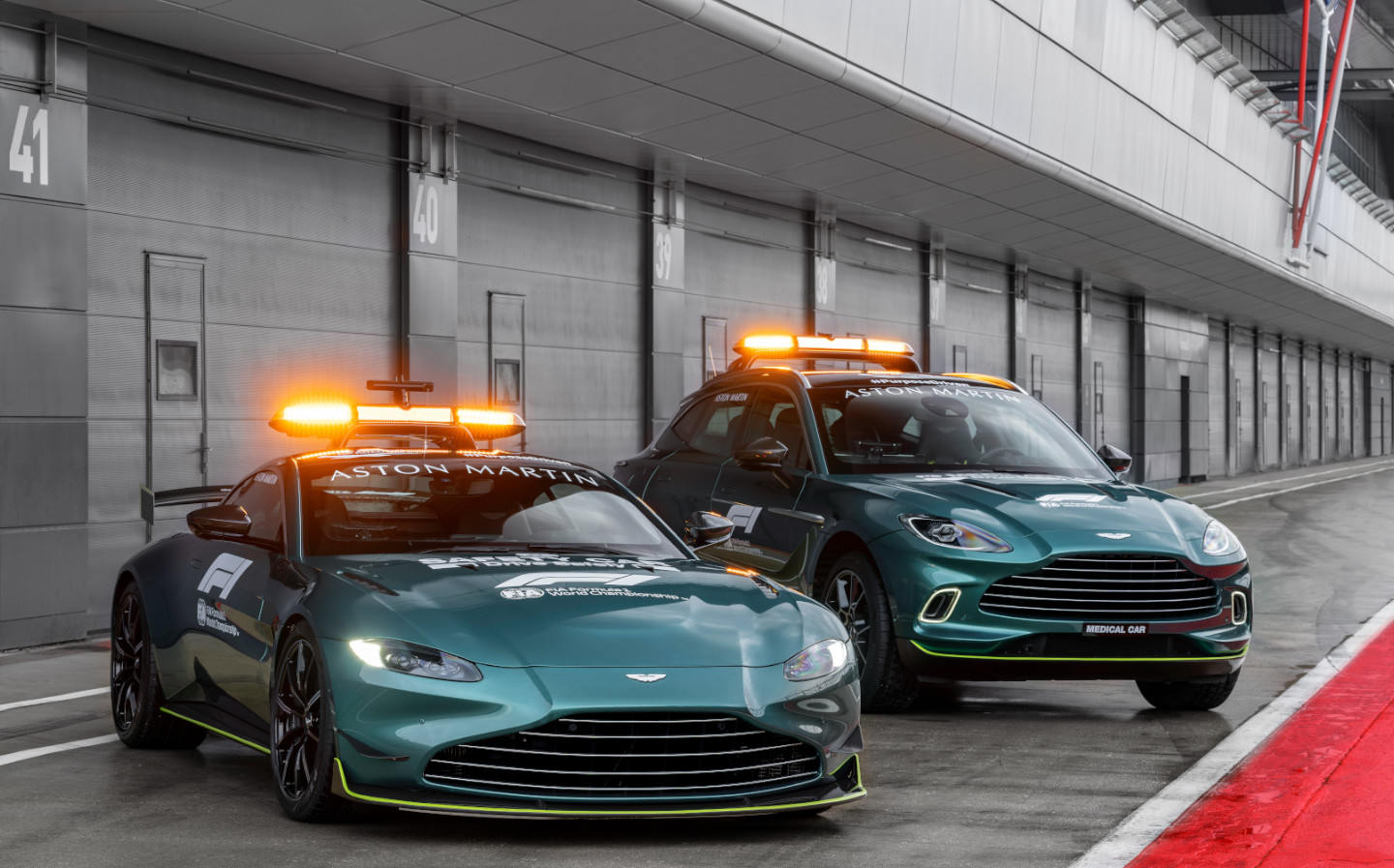 ASTON MARTIN has revealed its safety and medical cars for the 2021 Formula One season.

The British car maker, which unveiled its first F1 car for more than 60 years last week, will see its Vantage sports car become the official safety car, while the new DBX SUV takes on the role of official Formula One medical car. Both will make their debuts at pre-season testing in Bahrain on March 12-14.

Honours will be shared with Mercedes-Benz, which has been the official supplier of Formula One safety cars since 1996. The German car maker’s AMG GT will continue in its safety car duties alongside the Vantage, while the medical staff will have a specially modified C 63 S Estate at their disposal, in addition to the DBX.

Vantage upgrades for use in F1

Aston Martin has enhanced the Vantage in a number of ways. The 4.0-litre V8 engine — supplied by Mercedes-AMG, in fact — has been uprated to produce 528bhp, 25bhp more than the standard model. While torque remains the same at 505 lb ft, it is now maintained for longer, and a new front splitter increases downforce at 124mph by more than 60kg. 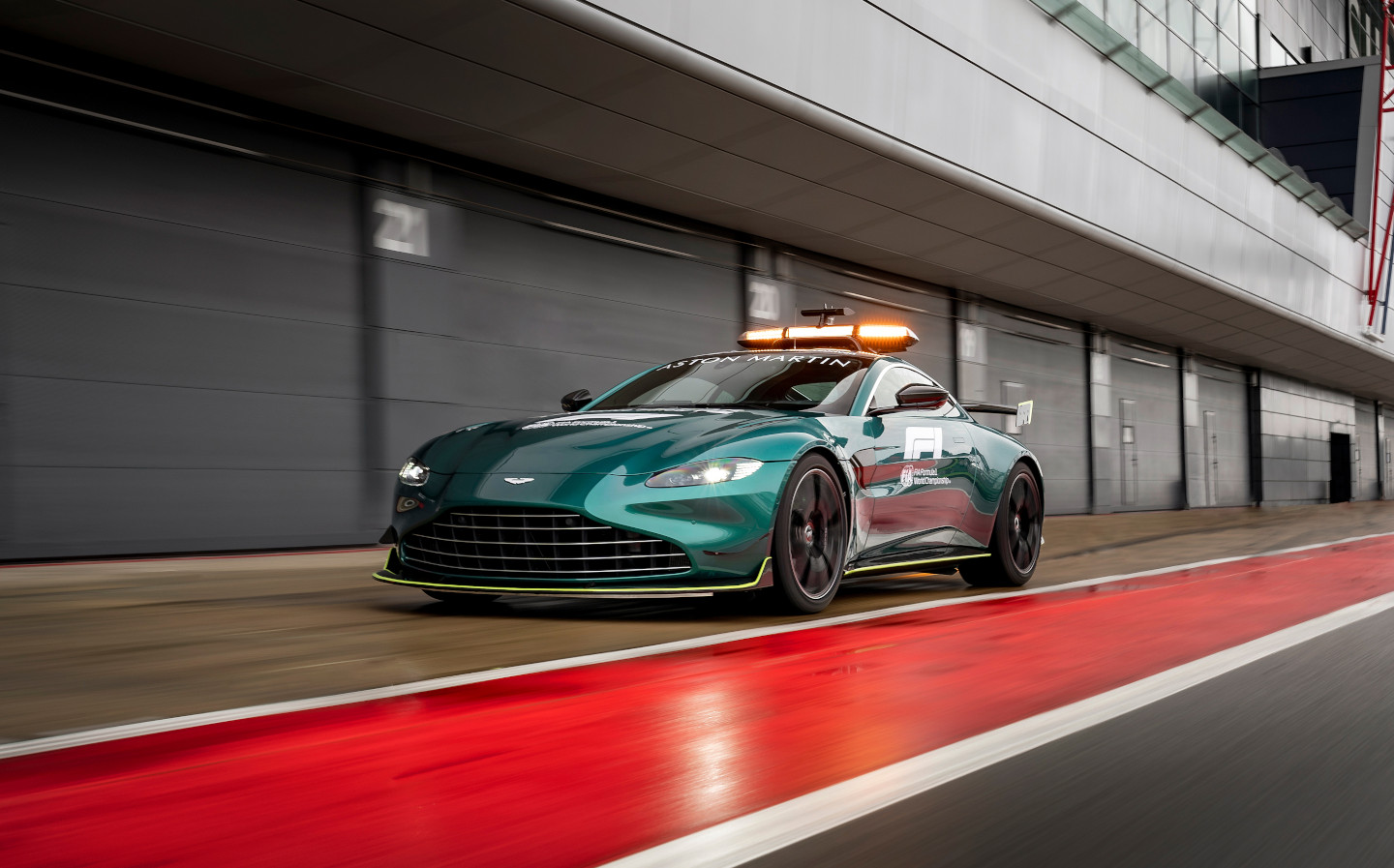 Alterations have also been made to the transmission, which Aston claims imparts a “better sense of directness, precision, and control through upshifts and downshifts,” while changes have been made to make the car stiffer and more aerodynamic.

Thermal management technology has been carried over from the endurance race-winning Vantage GT4 to help the car meet the specific demands of a safety car, which must be capable of hitting top speeds before idling in a pit lane.

The upgraded Vantage (and the Mercedes-AMG GT) will be driven by Bernd Mayländer, who has been F1’s safety driver for more than 20 years.

DBX upgrades for use as medical car 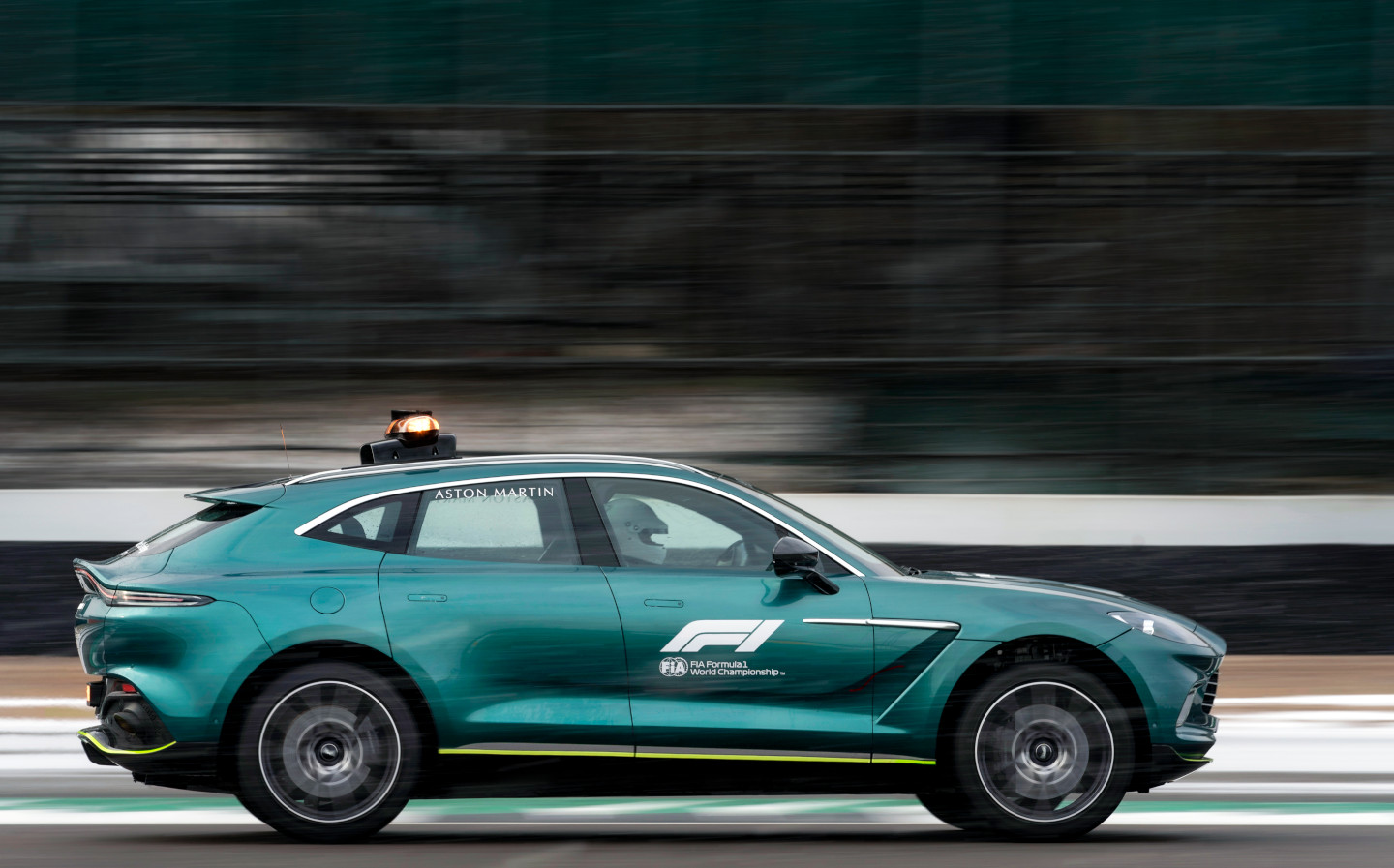 The Vantage will be joined in F1’s fleet by a stripped-out version of Aston Martin’s new DBX SUV, which is to be used as the sport’s medical car.

It will be driven by Alan van der Merwe, who won plaudits last year thanks to his bravery in assisting Romain Grosjean after the Haas pilot’s horror crash at the 2020 Bahrain Grand Prix.

As with the Vantage and the AMG GT, the DBX is powered by a twin-turbo V8, which takes the SUV from 0-60mph in 4.5 seconds, on the way to a 181mph top speed. And like the Vantage, the DBX has been decked out for purpose, with a medical bag, defibrillator, burns kit and fire extinguishers.

Both of the Aston Martins have been trialled extensively at the company’s Silverstone facility, and have completed more than 15,000km (9,320 miles) of testing between them, the car maker claims.

Tobias Moers, chief executive officer of Aston Martin Lagonda, said: “Together with the whole company, I am extremely proud of the Aston Martin brand’s return to Formula 1, the pinnacle of motorsport for the first time in more than 60 years and represents the start of a significant new era for Aston Martin.

“To see our acclaimed Vantage, our most dynamic sports car, performing the role of the Official Safety Car of Formula 1 and our first SUV, DBX, operate as the Medical Car on Formula 1 circuits around the world is a proud moment for us all.” 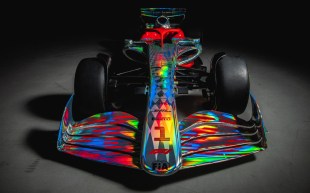 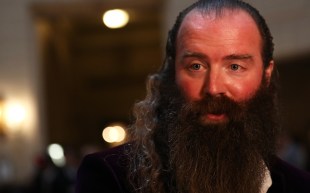 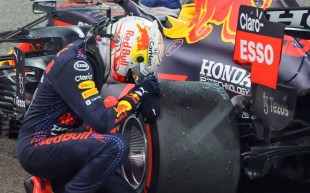