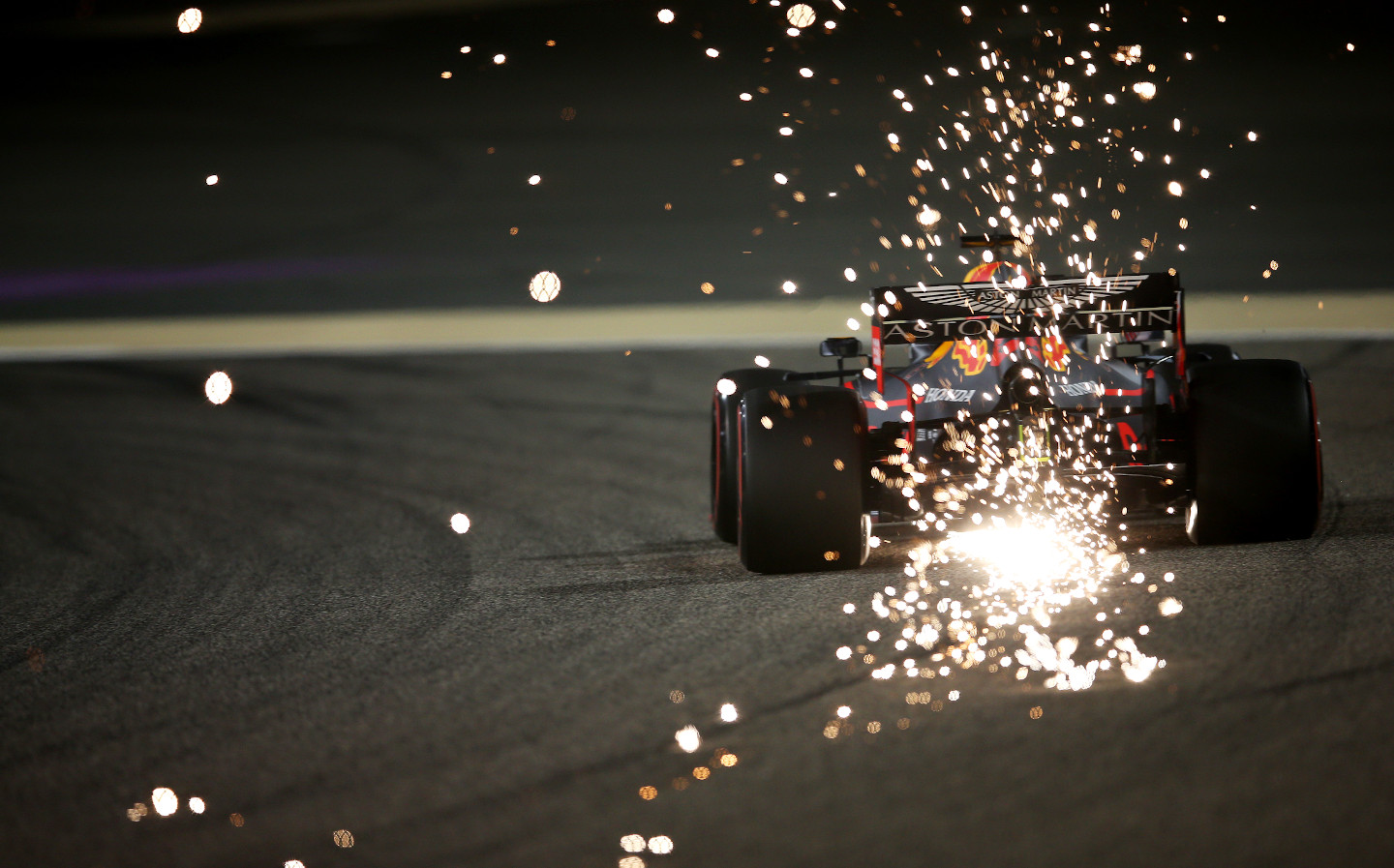 ONE OF THE eternal debates in F1 is about the fastest driver of all time. It’s difficult to separate a driver from their car, their team and the people they raced with. Would Juan Manuel Fangio have poled above Lewis Hamilton? Would Senna have beaten Verstappen?

It’s a problem that many have tried to solve. For example, a 2016 study by the University of Sheffield (which formed the basis for a documentary, A Life of Speed) decided that Juan Manuel Fangio was — when you take teams and teammates and tracks out of it — the best driver in F1 history. This was partially because he achieved world title success with four different teams: Alfa Romeo, Mercedes, Ferrari and Maserati.

The same metric savaged other drivers; for example, the late and legendary Niki Lauda didn’t even break the top hundred, due to his F1 success being centred primarily around Ferrari (although he is the only driver in history to win with both Ferrari and McLaren). Given his incredible career, this does seem a little harsh.

Now, F1 itself has thrown its hat into the ring, by using its fancy AWS technology to figure out who the fastest driver of the last four decades is — specifically, the fastest using qualifying data collected since 1983. It does point out, and it’s worth noting, that speed is all it measures — not tyre management, or racecraft or anything else. How far the titles of “fastest driver” and “best driver” overlap is up to you.

The 1983 cut-off means that a few of racing’s big names, including Fangio, don’t make the rankings. It also negatively affects drivers who’s fastest years were behind them by 1983, including Lauda, who won two of his three world championships before that year.

In case you don’t know, AWS stands for Amazon Web Services, and it’s the software that F1 uses to make complex and sophisticated in-race predictions, which often pop up on your TV screen during coverage. 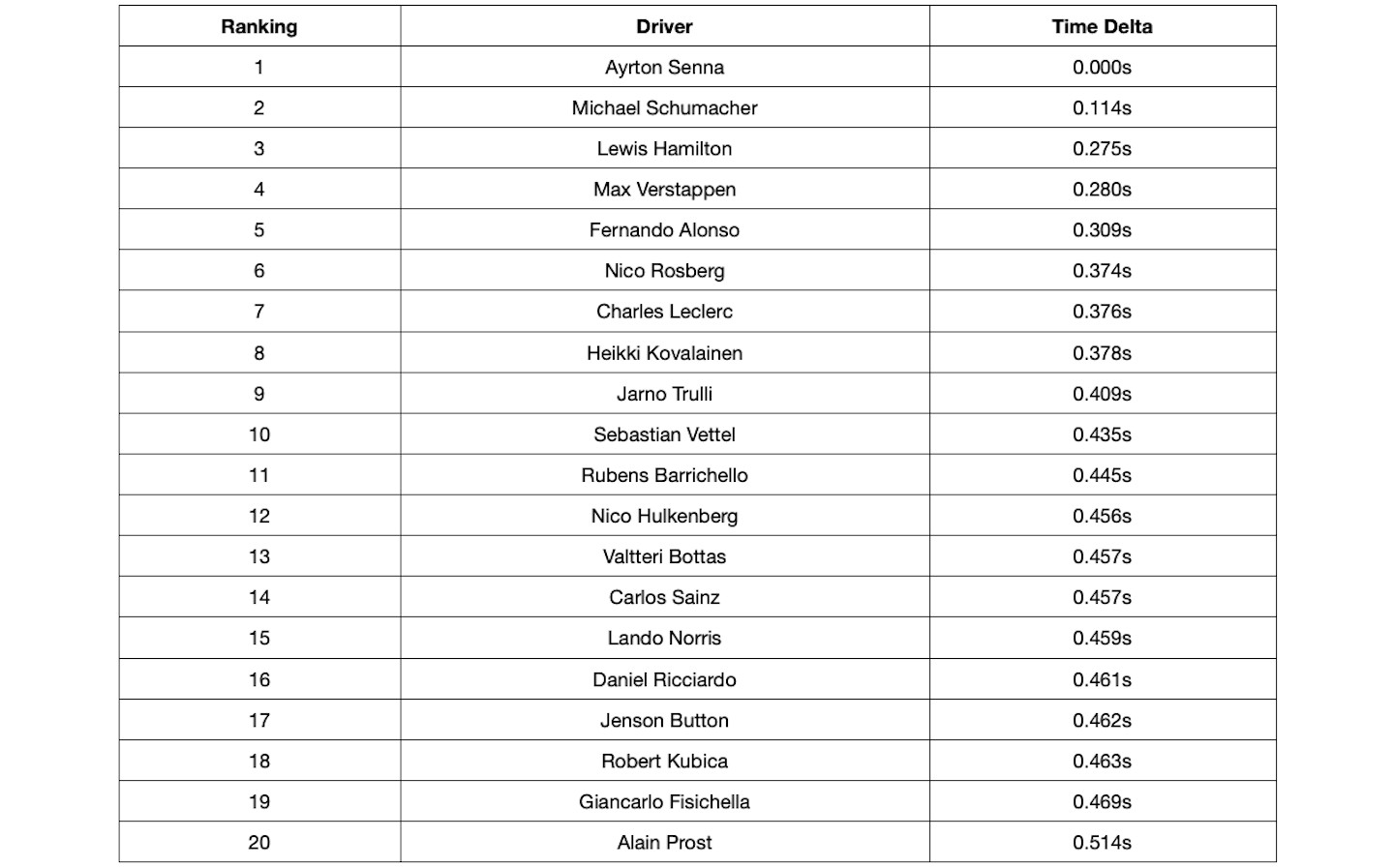 The result is one that will come like music to the ears of veteran F1 fans: Ayrton Senna. In the rankings, which imagine all the drivers doing a single lap, flat out, as if in qualifying (the stuff of motor sport daydreams), he comes 0.114 seconds ahead of his closest competitor, Michael Schumacher, who in turn comes 0.161 seconds ahead of Lewis Hamilton.

While both Schumacher and Hamilton have more pole positions than Senna, it is widely agreed that Senna would have achieved many more than his 65 had his life not been tragically cut short by a fatal crash at the 1994 San Marino Grand Prix.

The Brazilian won three titles in F1 between 1988 and 1991, and despite his sadly shortened career, he held the title for most pole positions for nearly two decades, between 1989 and 2006. His speed was shown by his six victories at the Monaco Grand Prix — and he didn’t accomplish all of those in a grid-dominating McLaren. 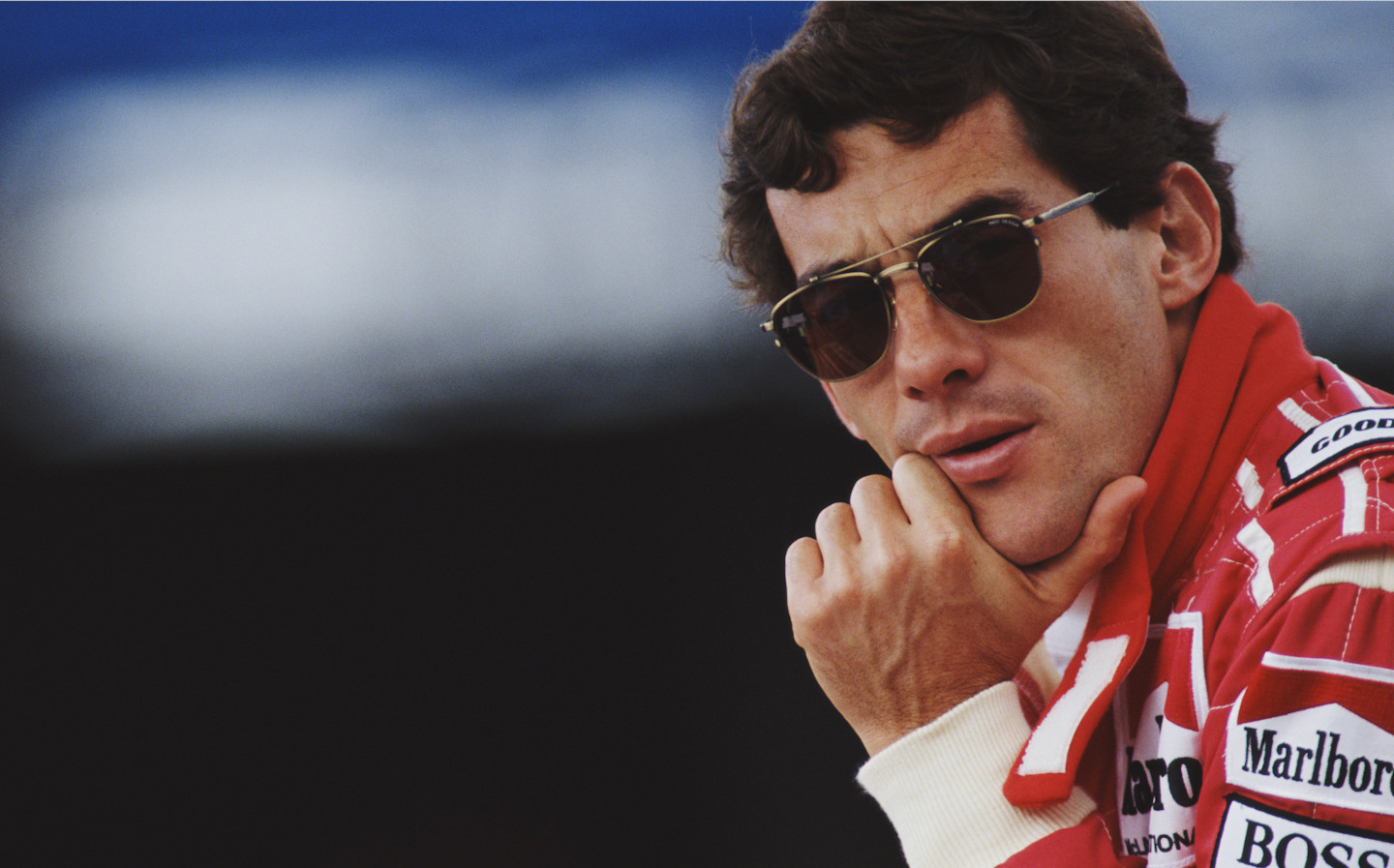 Fans of Senna’s McLaren teammate and career rival, four-time Drivers’ Champion Alain Prost, might be disappointed with the results of the study, with the Frenchman just making the rankings in 20th. This puts him below a number of drivers that make up the 2020 season’s grid, including Max Verstappen and Charles Leclerc (who come in fourth and seventh respectively) as well as Valteri Bottas, Carlos Sainz, Lando Norris and Daniel Ricciardo, who occupy positions 13 to 16.

How did the boffins over at F1 reach this ranking, however? A few rules had to be introduced to ensure that the system worked, including not comparing two teammates against one another unless they had done at least five qualifying sessions with one another. Age was also considered, as were prolonged breaks from F1 — for example Robert Kubica, who came in 18th, was absent from F1 for eight years between 2011 and his season with Williams in 2019.

Rob Smedley, who is the Director of Data Systems at F1, said that using a qualifying-style ranking system made it easier to pit the drivers against one another: “Qualifying speed is something that we can be really quite clear about. If you think about race pace, there’s a lot of nuances to that race pace, and it’s sometimes difficult to pull it out.

“A qualifying lap is a single lap, you’ve got two guys in the same car and they go out and do a single lap, and the better driver will end up with the better lap. There’s not much ambiguity about that single data point, so that’s the data point that we’re using.”