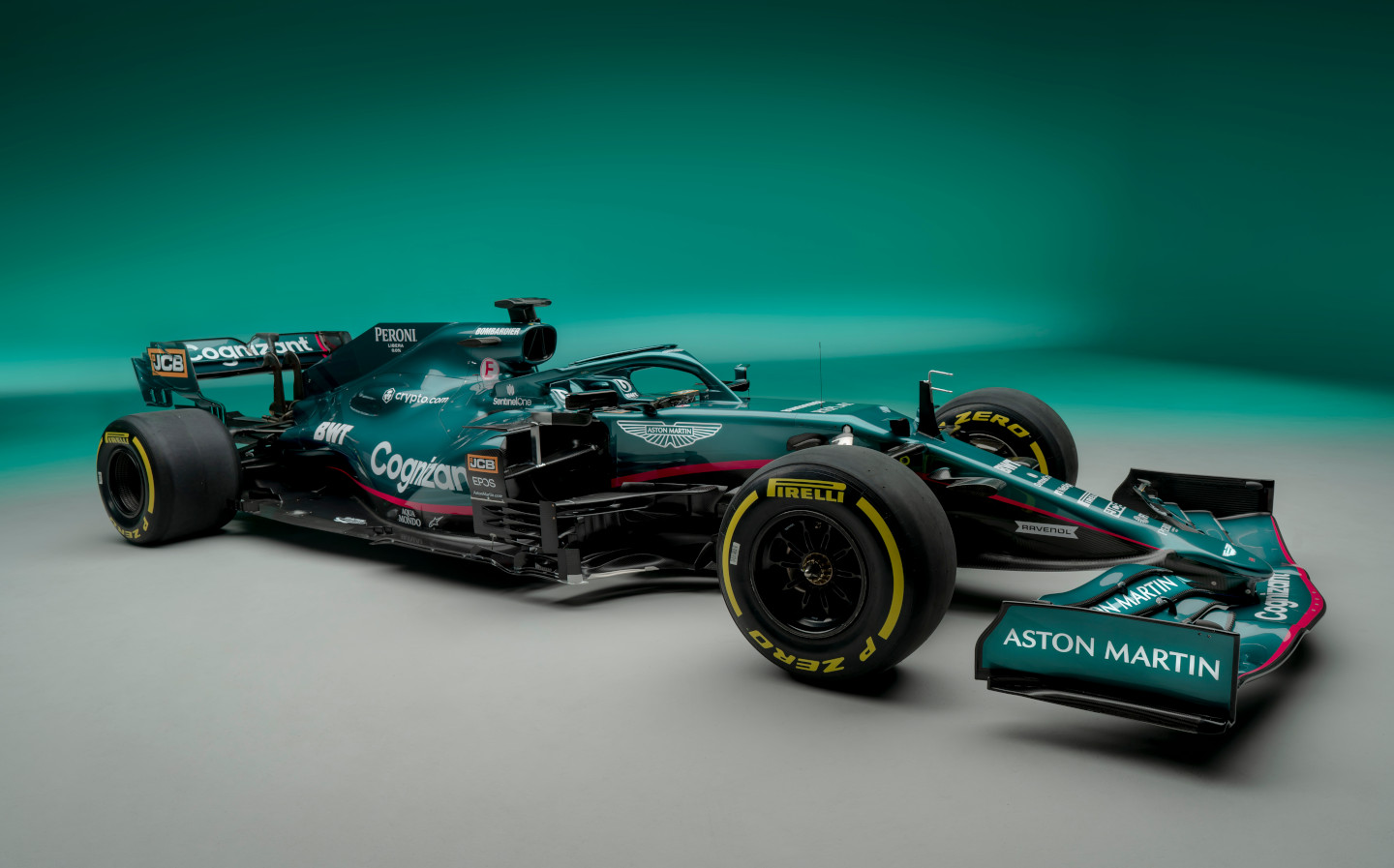 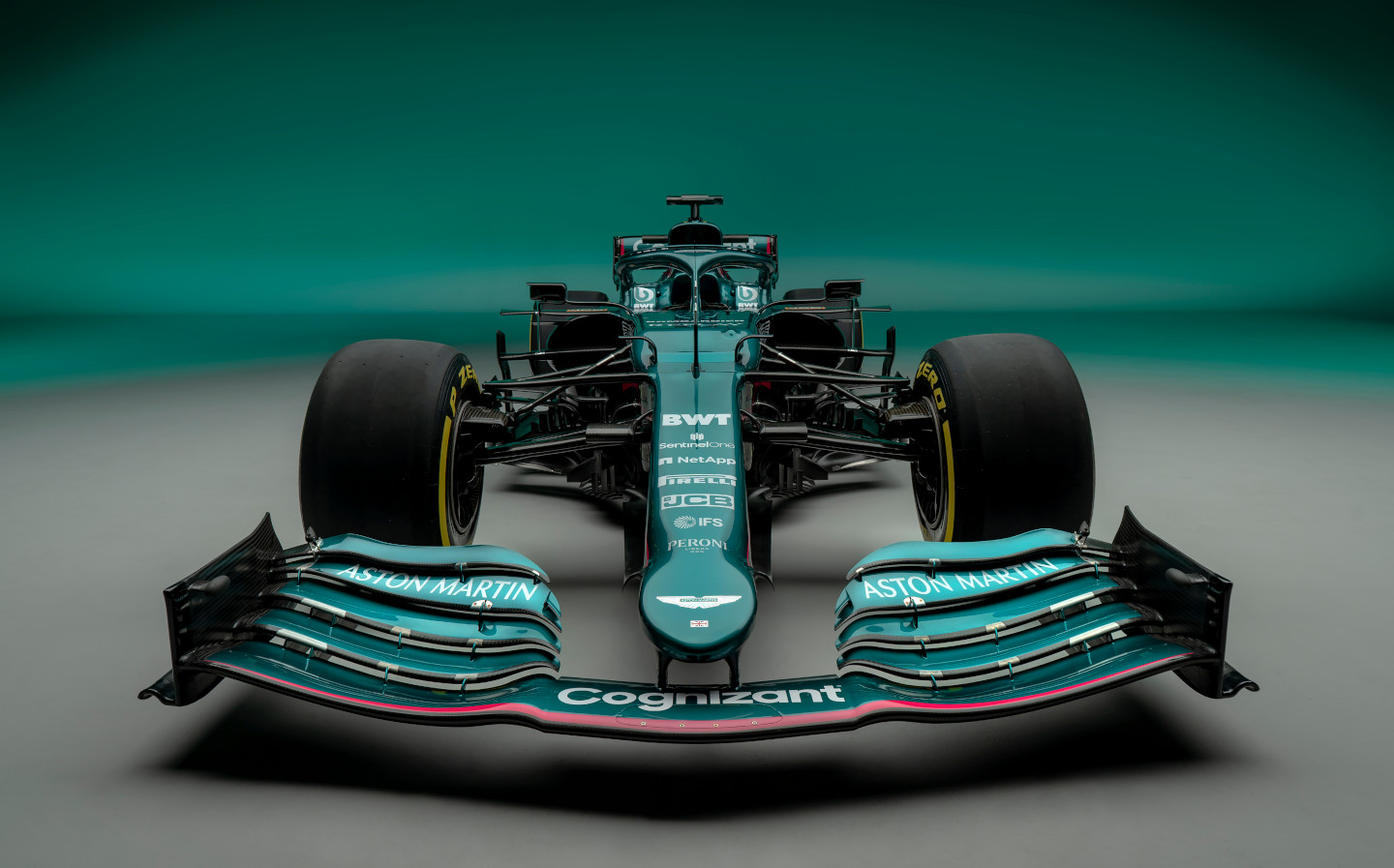 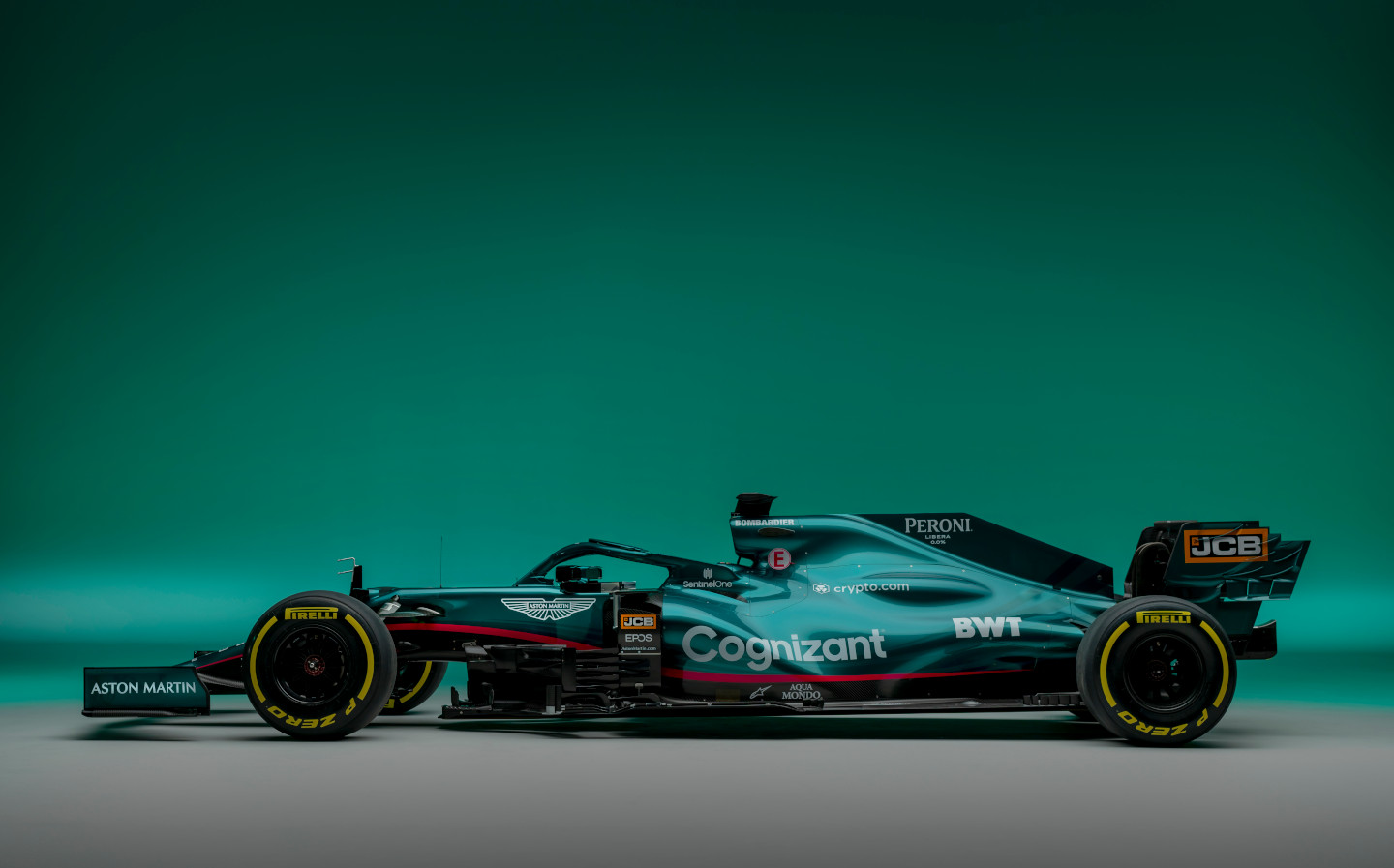 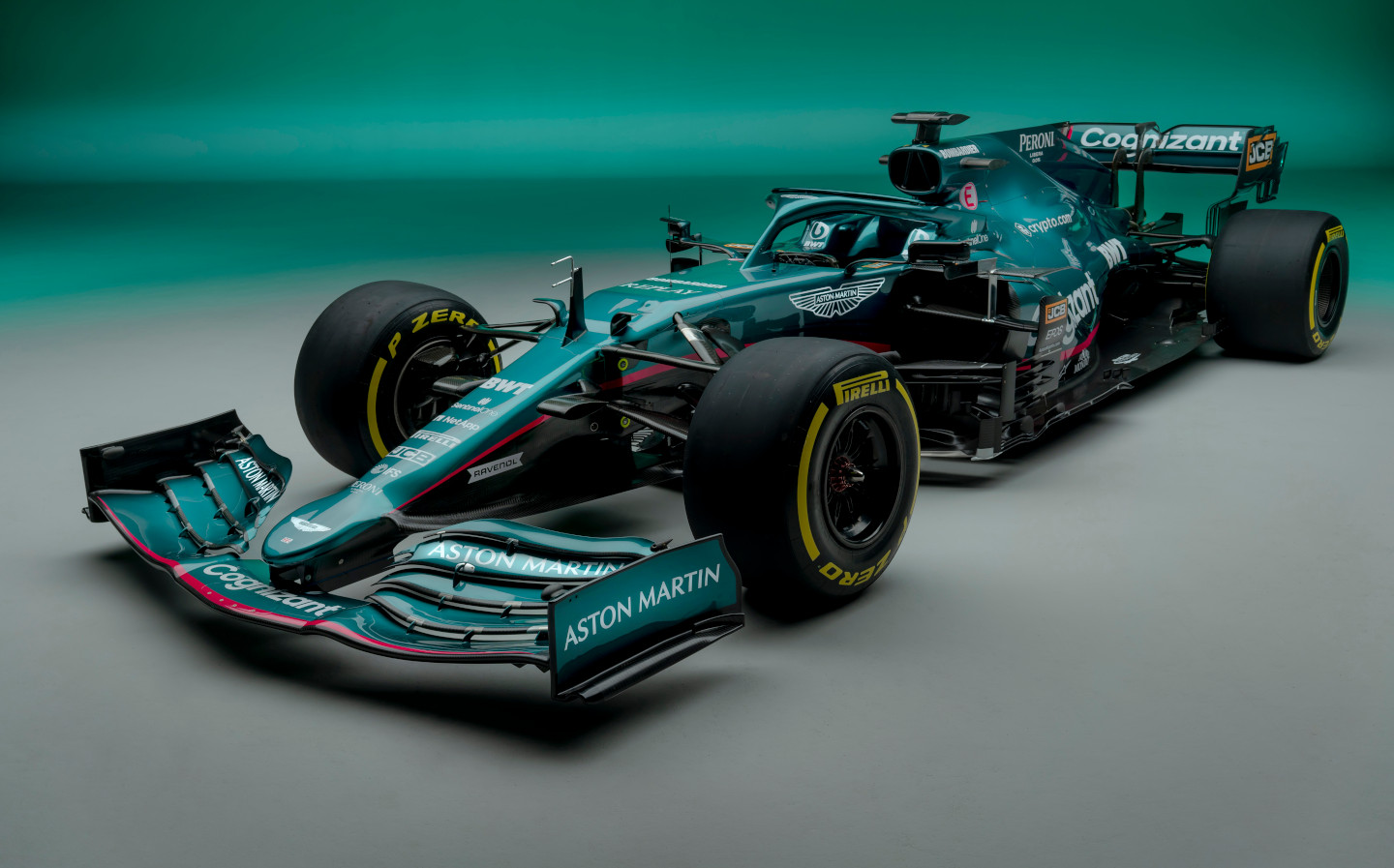 ASTON MARTIN has this afternoon unveiled its first F1 car for more than 60 years.

The British sports car maker has not competed in the sport as a manufacturer since 1960, when it raced (rather unsuccessfully) with the DBR4 and DBR5 cars. Today it has revealed the AMR21, which will be raced in 2021 by Sebastian Vettel, the four-times World Champion who arrives from Ferrari, and Lance Stroll.

The Aston Martin F1 team returns to the F1 fray a year ahead of the 100th anniversary of it grand prix debut. It replaces Racing Point on the grid, and has swapped out that team’s characteristic pink paint job for a traditional British Racing Green livery that reflects the brand’s 108-year heritage.

However, a strip of Magenta has still been included as a nod to BWT, the water technology company that sponsors the team.

Other sponsors to appear on the livery include Cognizant, cryptocurrency exchange service Crypto.com and beer manufacturer Peroni. 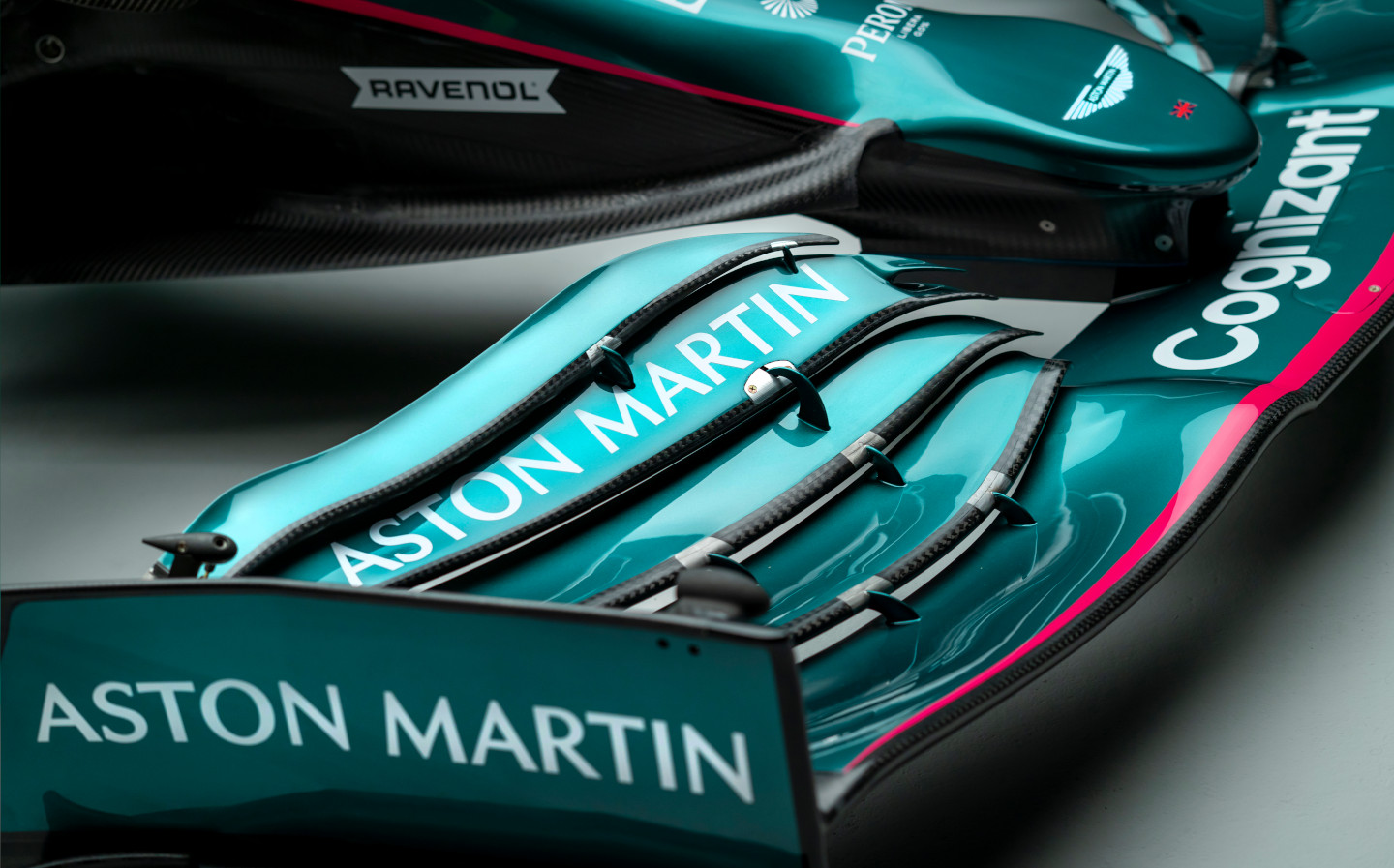 Since its exit from the sport more than 60 years ago, a return to F1 has not been seen as a huge priority for Aston Martin, which has preferred to focus on its success in other motor sports including the FIA World Endurance Championship, in which it currently holds the GTEPro class title.

However, when the company was rescued from the financial brink by Racing Point team owner Lawrence Stroll (father of Lance) in 2020, bringing back the brand to the top flight motor sport series became a matter of importance to the Canadian businessman.

Speaking at the launch event, Stroll said: “I’ve dreamed about this day for a very long time. I’ve always been a car guy and I’ve always loved racing, too.

“My first dream was to own a Formula One team. My second dream was to acquire a significant shareholding in Aston Martin Lagonda. Today is about the merging of those two dreams.”

Aston Martin claims that it will employ a number of the technologies used in its F1 car in future road cars, and is in the process of constructing a 200,000 square-foot “innovation lab” facility next to the F1 team’s headquarters at Silverstone.

Specifically, F1 technologies will trickle down to a series of mid-engined road cars inspired by the upcoming Valkyrie hybrid hypercar, which was itself designed by legendary racing car engineer Adrian Newey. 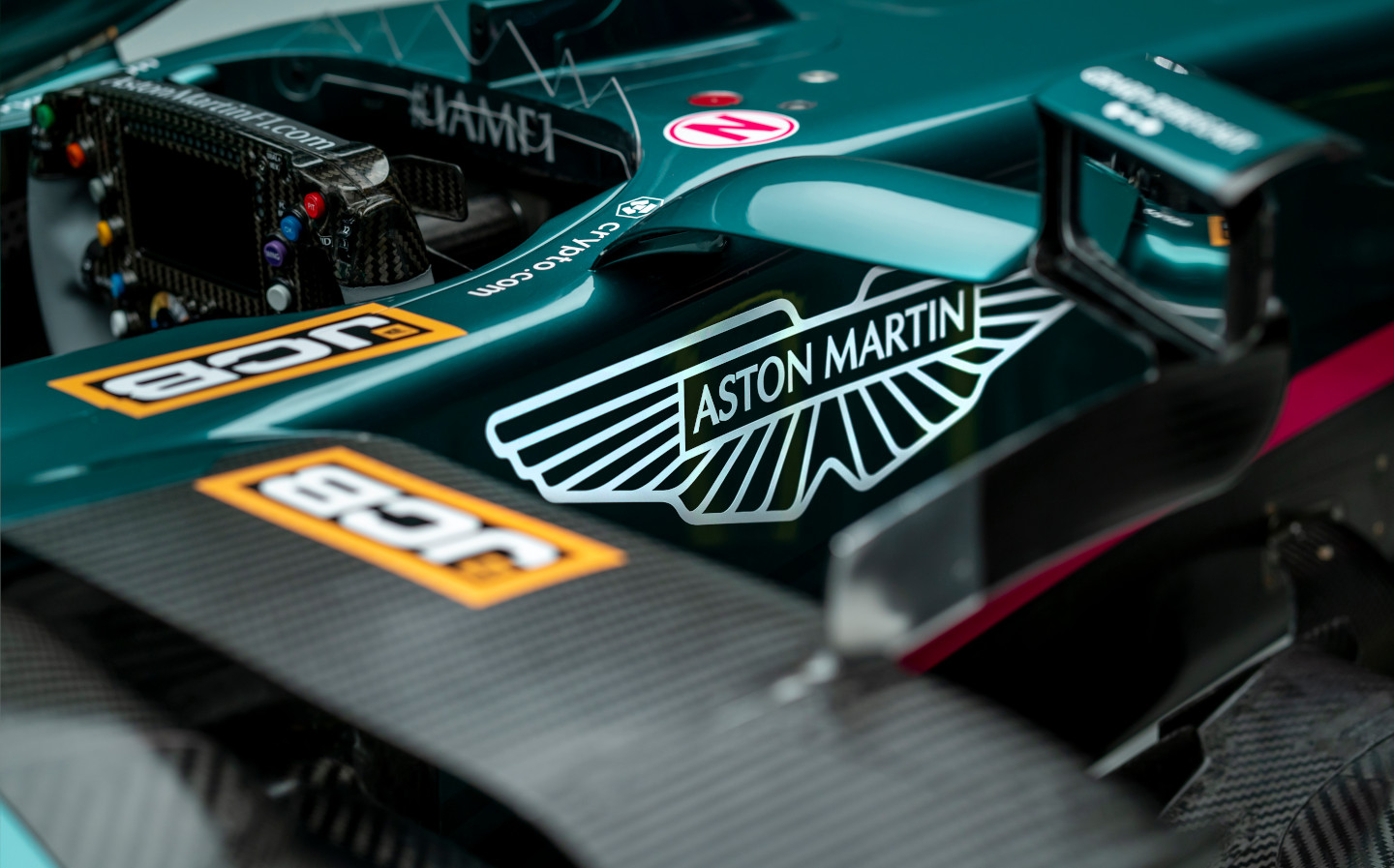 The debut of the AMR21 also marks an expansion of the increasingly intimate relationship between Aston Martin and Mercedes. The German car maker will supply engines to Aston F1, as it did to Racing Point in previous seasons, in addition to the McLaren and Williams teams.

Off the track, Mercedes has agreed to supply electric powertrain technology to Aston Martin in return for an increased 20% stake in the company. 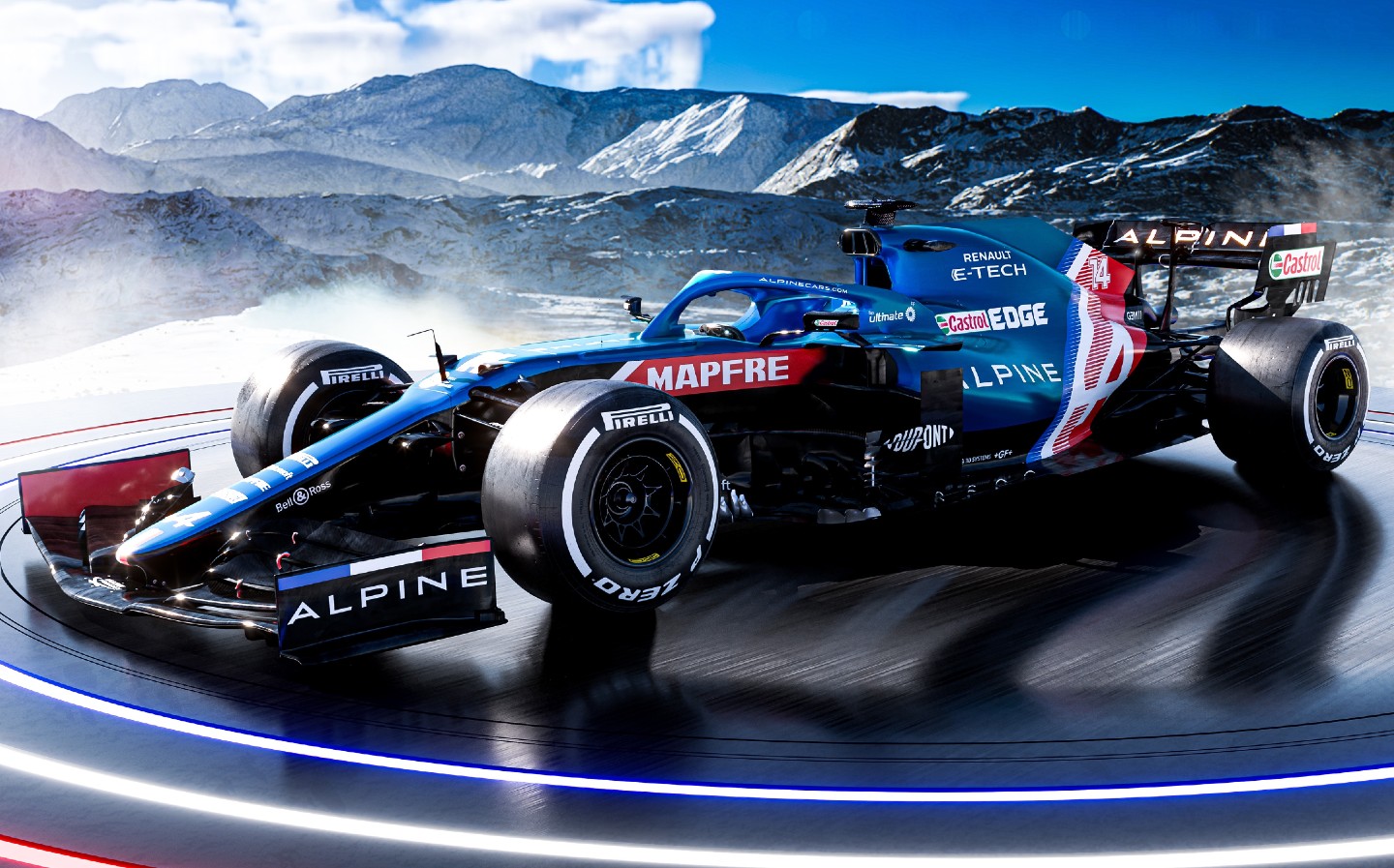 Aston is not the only newcomer to F1 this season: the Renault team has rebranded as Alpine — the French giant’s sports car sister company — which revealed its rather fetching livery yesterday in an online event hampered by connection issues.

Like the Aston Martin team, Alpine’s racing driver duo comprises a proven champion and a rising star, in the form of Fernando Alonso (who won his two championships with the Renault team in 2005 and 2006) and French driver Esteban Ocon.

Mercedes, which has enjoyed a monopoly on the Constructor’s Championship since 2014, also revealed its car yesterday, and has opted to maintain the menacing black livery it used during the 2020 season as a continued statement against racism within F1.

The F1 season will begin on March 28 in Bahrain, kicking off a season that has once again been heavily reorganised due to the coronavirus pandemic.