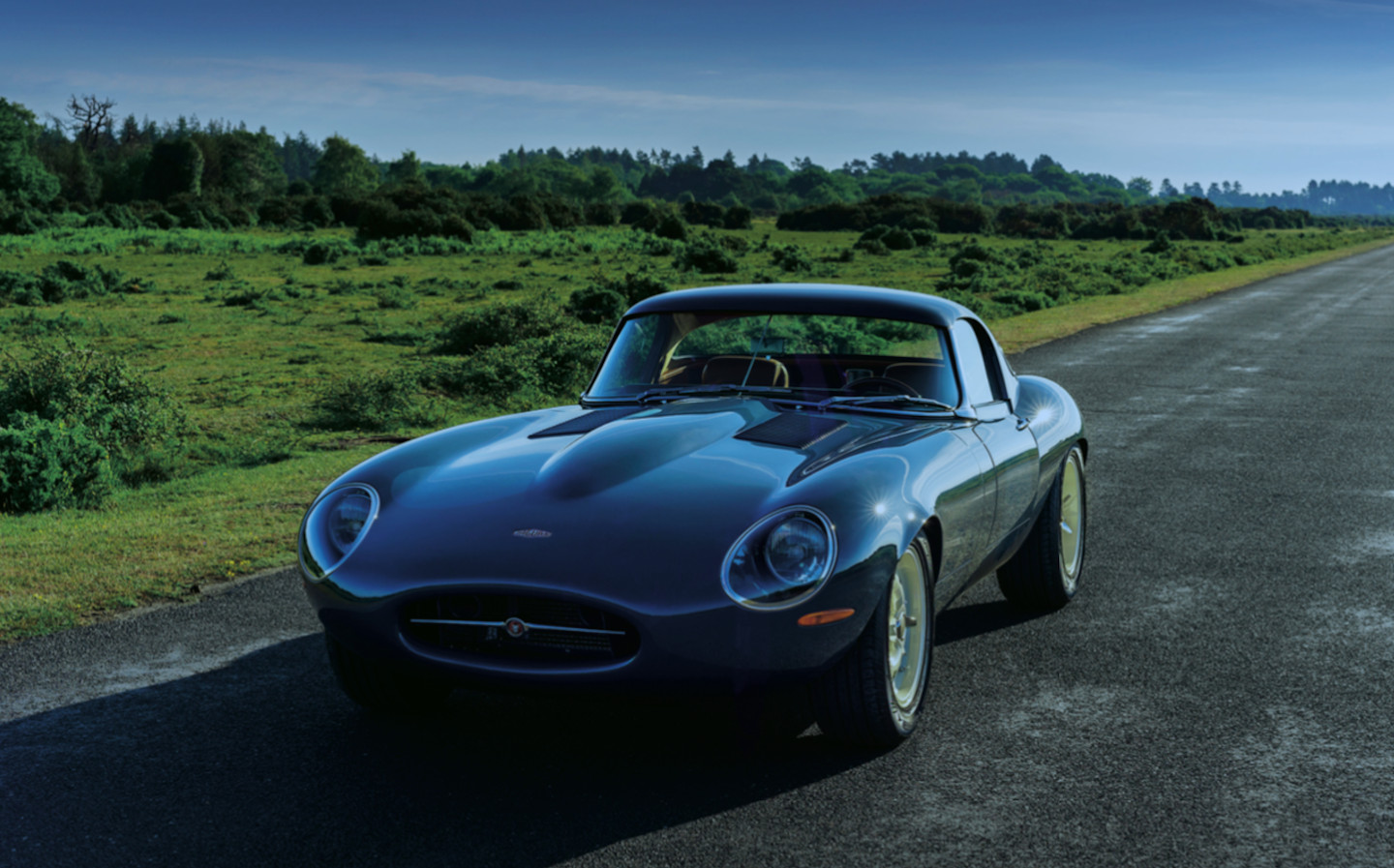 DUE TO a justifiable pause in the deliveries of cars to motoring journalists during the coronavirus pandemic, Jeremy Clarkson has had to turn his attention to something other than car reviews for the last few weeks: namely, exploits at Diddly Squat, his farm in Oxfordshire. And we’ve learned a lot, including how he deals with trespassers on his land, what woodland management is and the surprising benefits of dowsing.

Now the coronavirus lockdown is easing and press cars are starting to arrive on his driveway again, and, like waiting for a bus, Clarkson now has a backlog. For that reason, in The Sunday Times Magazine today, he’s combined reviews of several cars in a single article.

The good news is that he’s taken delivery of a few exciting machines after the drought: more exciting, you could argue, than the Vauxhall Corsa he was stuck with during lockdown. The first he mentions is the Volkswagen T-Roc cabriolet, the open-top version of the T-Roc crossover. Diplomatically, you could say that its looks are … polarising. To Clarkson, however, they are simply “awful”. 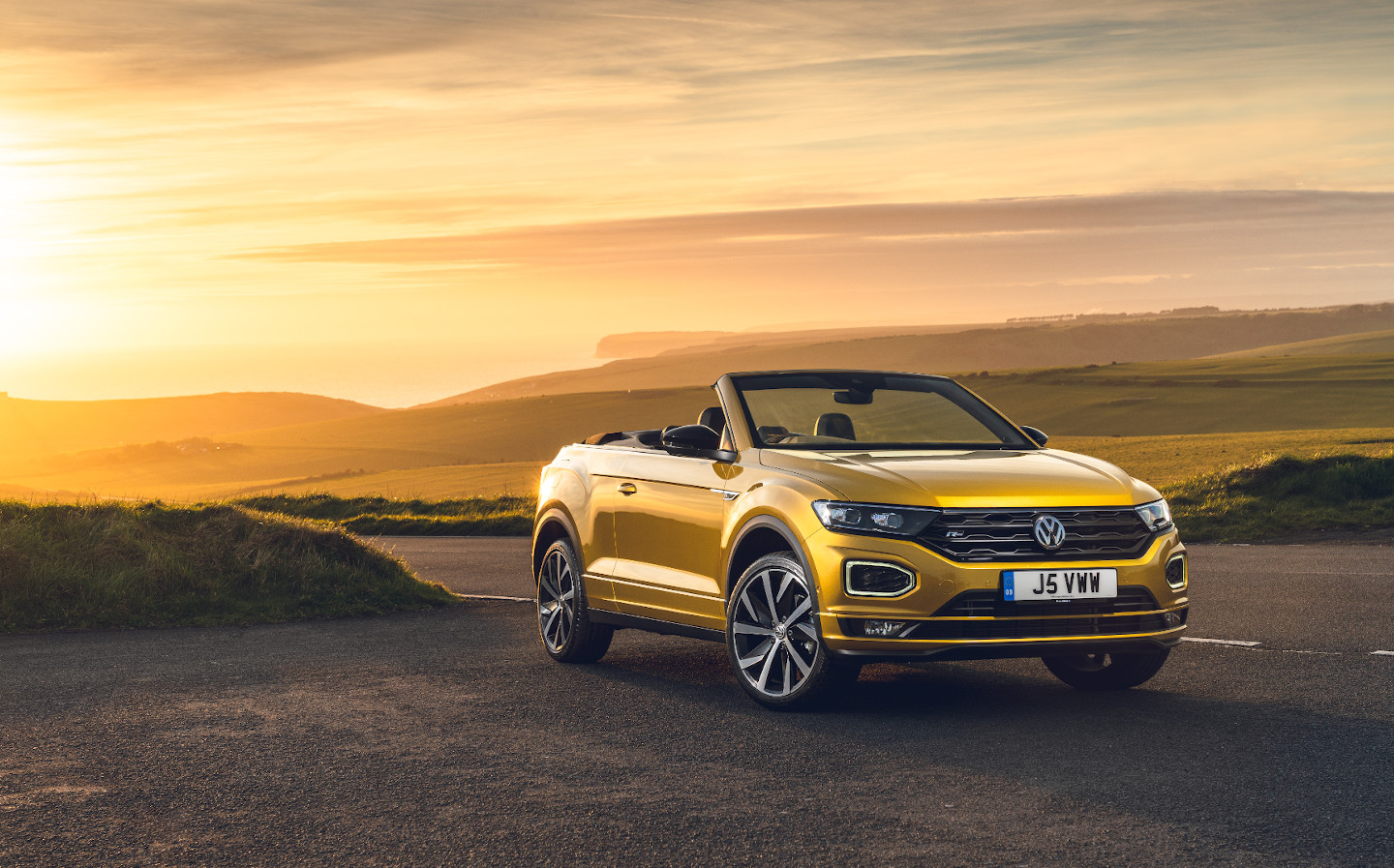 Because he’s been missing driving, though, he took it for a spin. “I leapt aboard and put my foot down,” he says, “and a mile later — a mile — I still hadn’t reached the national speed limit. Yes, I know that I was going uphill and that I was in sixth, but the car’s stubborn refusal to accelerate meant that I turned round, went home and did farming instead.”

The car that arrived next, however, decidedly doesn’t have an issue with acceleration: the all-electric Porsche Taycan Turbo. Being all electric, it isn’t actually a turbo, but you do get two electric motors — one at the front, one at the back, both sending power to their respective sets of wheels.

The dual motors, as well as the myriad lithium-ion battery cells, mean that the Taycan Turbo has a lot of wieght to carry. “The net result is that this car weighs about the same as a medium-sized bungalow.” 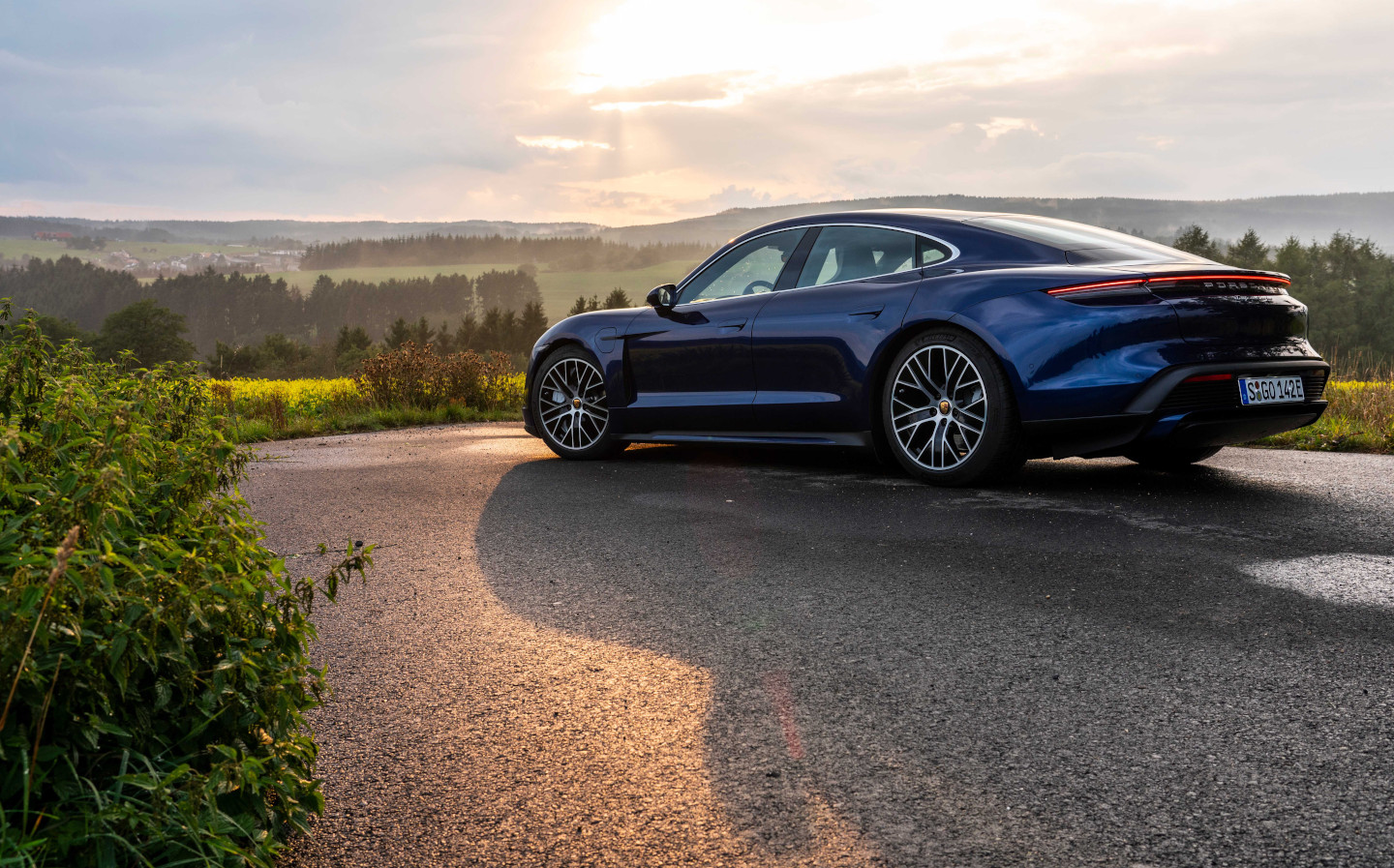 Despite the heft that comes with an electric powertrain, however, the Taycan Turbo shares another trait with other electric sports cars — it’s bloody quick. In fact, says Clarkson, he hasn’t found a car that had levels of power that were too high for its own good since the Ferrari F12 Berlinetta, the V12 monster that took the title of the most powerful production Ferrari ever made — until the SF90 Stradale came along.

The Taycan Turbo “may have only 617 horsepowers in normal running — at least a hundred fewer than the Ferrari — but the way those horsepowers arrive is extremely sudden and very alarming,” says Clarkson.

“It got to the point, after a couple of days, that I didn’t dare overtake slower-moving traffic because being on the wrong side of the road, with trees to my right and a lorry to the left, in a car that was behaving like a horse that had just had a mustard-covered hot dog shoved up its backside, didn’t seem a place I wanted to be.”

That, alongside the car’s regenerative braking and aerodynamic efficiency, brought up one of Clarkson’s more general issues with electric cars (and there are many): “Do electric cars really have to be this powerful and this complicated?

“When my kids were younger, they had a battery-powered yellow Jeep that they could use in the garden. It had plastic tyres and one-wheel drive and no brakes because it was never going fast enough for them to be necessary. And I wonder: is that not what people want from an electric car?”

Which brings the Grand Tour host to the crux of his apathy towards electric vehicles. Do people actually want to buy them? Though their popularity is skyrocketing, to call them popular would be a bit generous — they still only make up around 5% of new car sales. However, both of Clarkson’s Grand Tour co-hosts own Teslas, as do a large number of his dinner companions.

His response is typically ‘Clarkson’.

“The bloody things are now so prolific in my world that to offset the effect they’re having and bring some carbon neutrality to the table, I’ve had to order a V8-powered Bentley Flying Spur, to go with my V8 Range Rovers.”

That brings him to the final car of this week’s column, and perhaps the ultimate expression of petrol-powered beauty: the Eagle Lightweight GT. Eagle is a small company based in Sussex which, for the most part, makes mild alterations to Jaguar E-Types. Sometimes, however, they come out with an E-Type based model that, as Clarkson puts it, “stops the world.”

You may recognise the name from Series 17 of Top Gear, when Clarkson tested the Eagle Speedster and waxed lyrical. “I think this, by a long way, is the most beautiful car I’ve ever seen,” he said at the time.

“It might actually be the most beautiful thing I’ve ever seen.”

His opinion doesn’t seem to have changed since then, doubling down on the sentiment in this week’s column: “Remember the Speedster? The most beautiful thing made in all human history? That was one of Eagle’s. And now it’s done it again.”

The Lightweight GT has the straight-six cylinder engine you’d expect from an E-Type, but the powerplant is made by Eagle from aluminium and with three carburettors to give it 374bhp, which to Clarkson seemed like a nice amount after the madness of the Taycan Turbo.

It’s also very light, unlike the Turbo, thanks to an abundance of aluminium and magnesium. “It is a thing of beauty. Getting in is a bit of a faff, and getting out is harder, but that’s OK because I didn’t want to get out. I just wanted to sit in there, for ever, touching stuff.”

And that is why Clarkson has vowed never to buy an electric car. “You can drone on as much as you like about how yours does a million miles between charges and how nothing but baby hedgehogs come out of its rear end, but when you put your foot down in a carb-fed straight-six, and that long bonnet rears up slightly, you know what’s missing from your motorised vacuum cleaner. The soundtrack. And when you lift your foot up again and you get all those little crackles and pops — ooh, it does things to your hair.”