The film, called Le Grand Rendez-vous, was shot at the end of May on the weekend the Monte Carlo Grand Prix was due to take place. Despite also being directed by Lelouche, it’s safe to say that the new film is no more a fitting follow-up to the original Rendezvous than the LA-based remake of The Italian Job is to the original film, starring Michael Caine.

Le Grand Rendez-vous is much more high-tech, for a start. According to Ferrari, filming took 17 people using six iPhone 11 Pros, nine Go Pros and a Sony camera costing tens of thousands of pounds. There were two of the supercars, each costing around £400,000, and six engineers and mechanics to take proper care of them. The car was driven by an F1 driver paid an estimated £7.5m a year, and a bemasked Prince Albert, reigning prince of Monaco, also has a starring role. 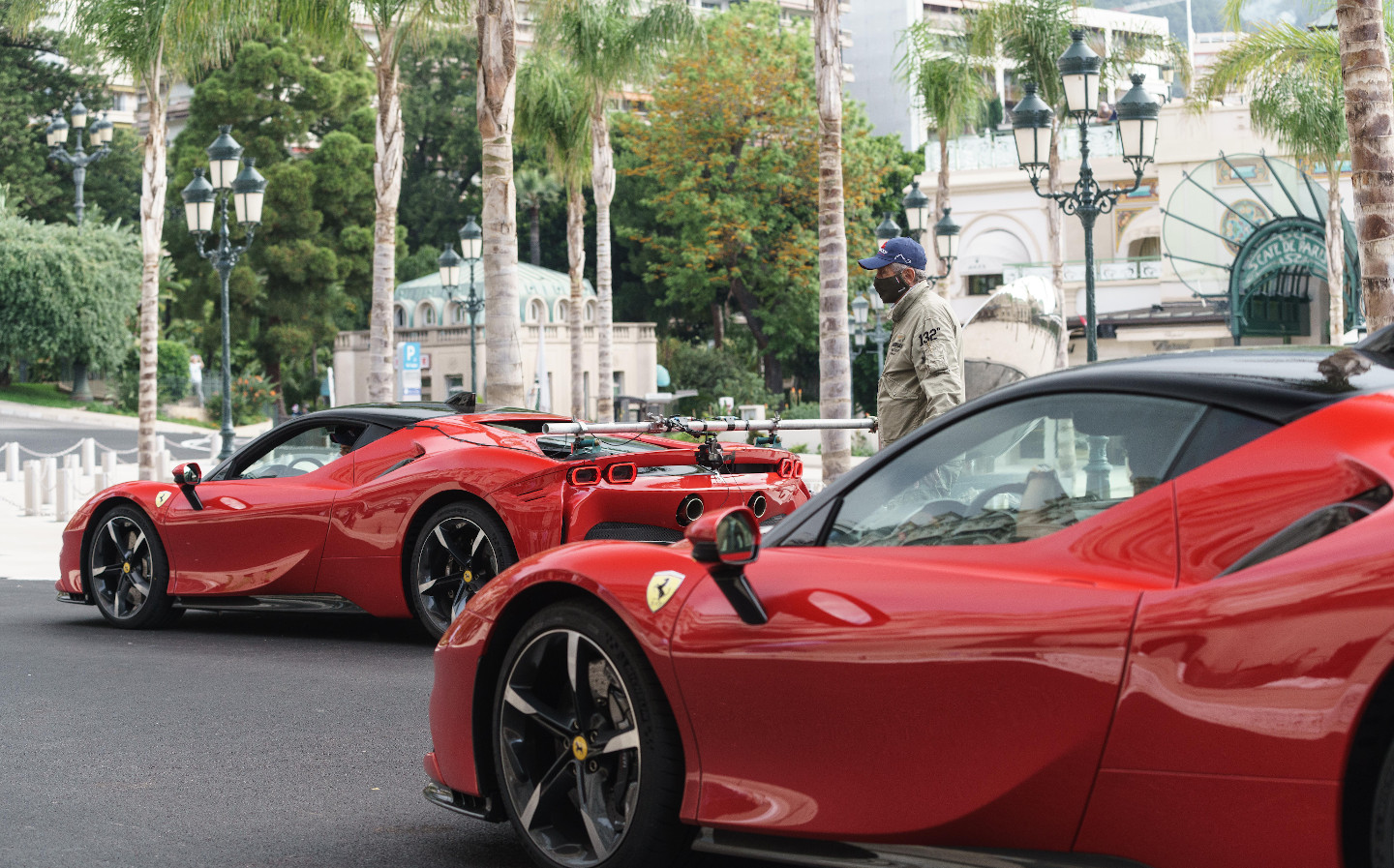 In comparison, the original was shot illegally on the streets of Paris in one take, using a single camera strapped to the front bumper of a Mercedes 450 SEL. You don’t actually see the car, nor the driver (until the very end, and from behind). The sound of a Ferrari 275GTB’s V12 was dubbed over it in post-production. There is an intriguing narrative of sorts, as the trip appears to be a race against time to meet a love interest.

In the new film, an intro features a florist and then a roulette wheel that makes it seem like the credits for Oceans 14 are about to appear. The five-and-a-half-minute video does temporarily settle into a reproduction of the original, speeding round the eerily empty Monte Carlo streets. However, despite the 17 people, 16 cameras and two supercars, it does feel a little underwhelming without traffic, and the fact that Leclerc follows the F1 circuit means the car is simply doing a loop — with added, unnecessary corners — for no apparent reason.

And then the appearance of Prince Albert on the steps of the casino is jarring. Perhaps Ferrari wanted a similar effect as when the Queen appeared alongside James Bond during the London 2012 Olympic Games opening ceremony, though the sight of the two men going for a jaunt around an empty Monaco while wearing masks is … odd. As is the delivery of a bunch of flowers by the florist, though there is a satisfying connection with the original film in that she is played by Rebecca Blanc-Lelouch, granddaughter of Lelouch and Gunilla Friden, the director’s partner at the time of the 1978 Rendezvous. Why Blanc-Lelouch is then shown being driven in the car by Leclerc — including its third trip through the famous tunnel in one morning — isn’t clear.

Also slightly disappointing to fans of the original might be the engine note of the SF90 Stradale (which uses a 4.0-litre V8); while definitely sonically pleasing, it doesn’t have the drama of the dubbed-over V12 (most likely because the V12 was, you know… dubbed over). 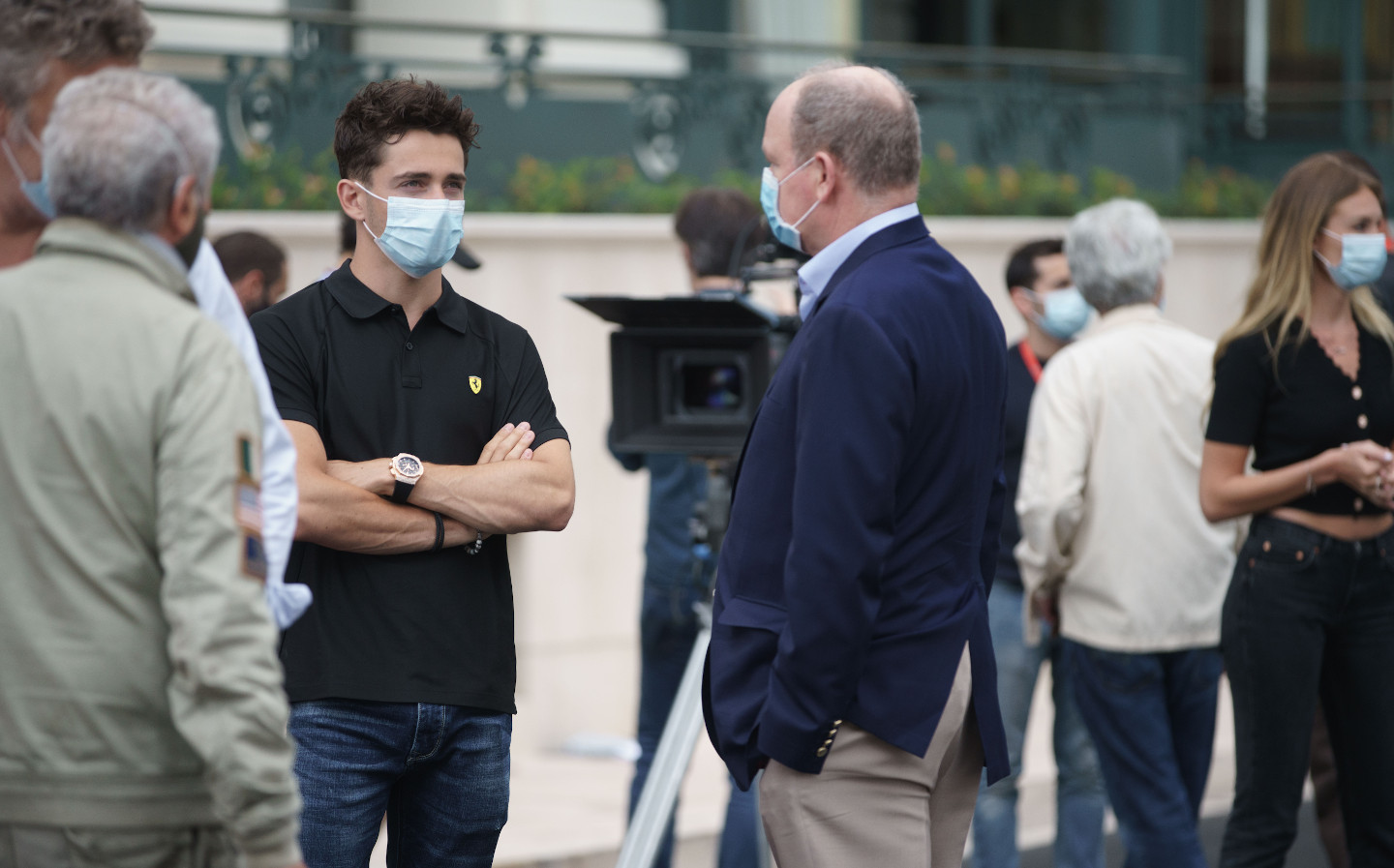 And no petrolhead can deny jealousy at being able to drive a car with a 211mph top speed and a 2.5-second 0-62-mph time round the streets of Monaco, unencumbered by the presence of other cars.

For Charles Leclerc, who is Monegasque, it must have been all the better giving royalty a coronavirus-era elbow bump before whizzing him round the block. He also put the Ferrari through its paces, with Ferrari claiming that he got the supercar to 240kph (149mph) on the city streets. It is one of the most exciting ways to give a car its first road test, if the resultant film proved to be a bit of a damp squib.