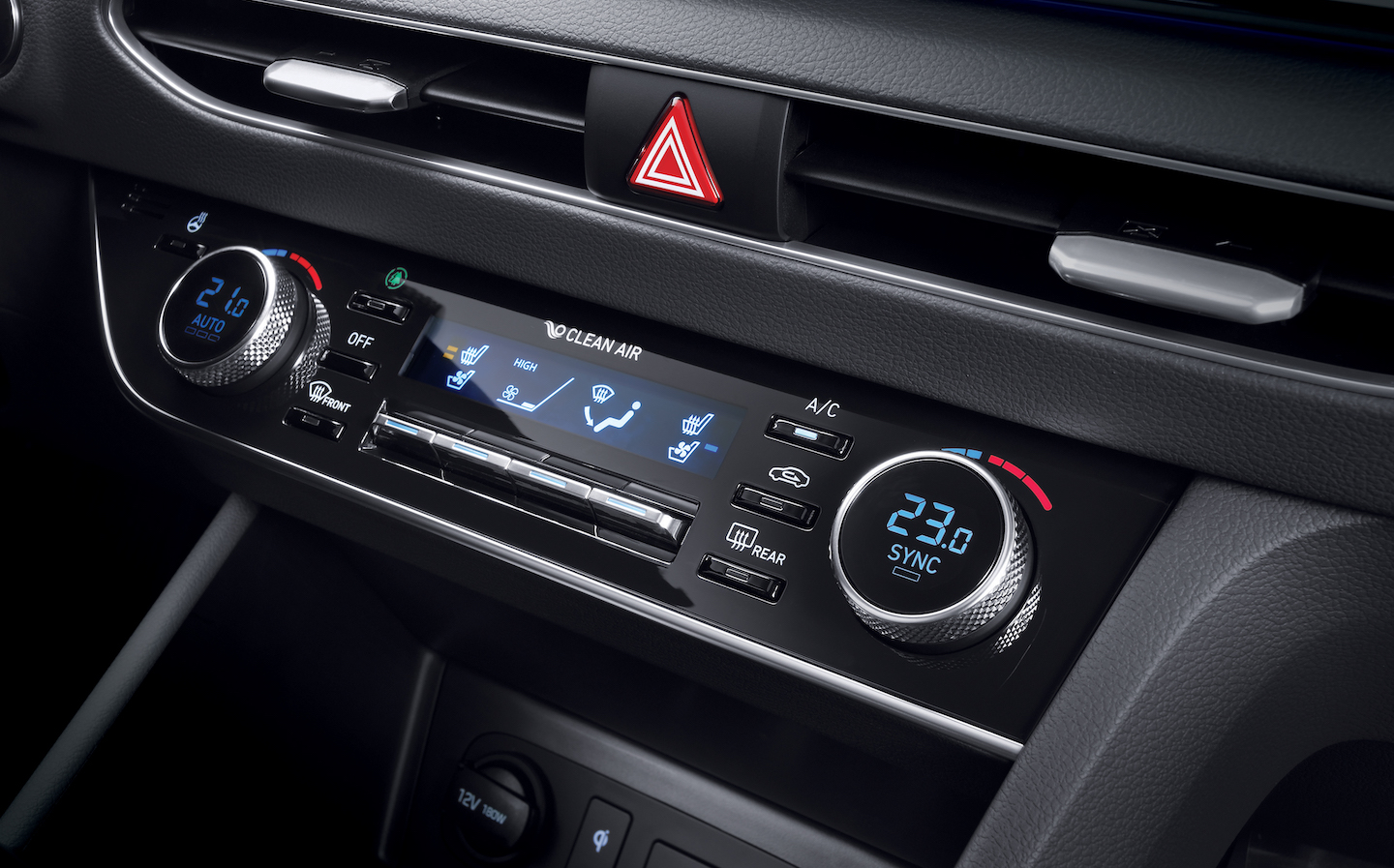 Once an expensive luxury, air-conditioning is now fitted as standard to the majority of new cars and we rely on it not only on hot summer days but also during rainy months, when it helps clear condensation. Which is why you really notice when it stops working.

So what can you do if your air-con fails? Is it an easy fix or are unlucky drivers in line for a major repair bill? Here’s our handy guide.

Assuming all your controls are set to cold, if your air conditioning is blowing hot air on warm days, it’s obviously a sign of a problem, which could be caused by several issues.

The most common reason an air-conditioning system won’t work is due to low refrigerant levels.

Air conditioning in cars works just like your refrigerator at home, whereby a chemical with an extremely low boiling point known as a refrigerant passes through an “evaporator”, where it absorbs heat by turning from a liquid to a gas (think of how water evaporating off your skin cools you down), before being pumped outside and into a “condenser”, where the gas turns back to a liquid and heat is lost into the atmosphere.

If you’re out of refrigerant the system simply won’t work, but besides being the cooling agent, it it also lubricates many of the moving parts in the climate control system and so cars may prevent the AC from turning on when the fluid is low, to avoid (expensive) damage.

There are two probable reasons why refrigerant levels might be low:

It’s possible that your air-con system is in otherwise good condition and that there may simply be a problem with a blown fuse, frayed wire or faulty switch.

Depending on the age and complexity of your car, this could be a relatively simple and inexpensive job. Whether you choose to do it yourself or bring your car to a mechanic or auto electrician, solving electrical problems is usually a systematic process of elimination.

The air compressor is the heart of an air-conditioning system. It pumps the refrigerant round the system, through the condenser and evaporator coils. If the compressor experiences an internal fault, the air-con in your car will not work at all.

Compressor issues often manifest themselves after long periods of inactivity.

To check whether your compressor is working or not:

A condenser is like a mini-radiator (more correctly called a heat exchanger) which releases heat into the air outside the car and thereby cools the gaseous refrigerant inside, turning it back into liquid.

It’s usually located towards the front of the car near the grille, to benefit from airflow. If the condenser becomes clogged, or is damaged by debris or in a frontal crash, it (and thus the rest of your AC system) may not work correctly.

How can broken AC be fixed?

Most air-con problems can be solved with a simple “re-gas”, which involves refilling the system with refrigerant. An AC service may also be necessary to tighten up or lubricate anything that looks loose or dry.

Fixing electrical problems may require process-driven diagnostics to locate the issue, bypassing different parts of the system until the culprit is found.

Issues with compressors or condensers may be more serious and require the replacement of major parts of the air-con system.

How much will it cost to repair air-con?

An air-con service or re-gas can cost between £30 and £200 depending on the level of work or the level of replacement refrigerant required.

As a rule of thumb, vehicles manufactured before 2014 will use R134A refrigerant, while cars manufactured after January 2017 will use the more eco-friendly R1234YF. The latter is far more expensive to refill.

For other issues, prices will depend on how long it takes to diagnose the problem, how labour-intensive it is to replace and the cost of replacement parts — all factors dictated by the garage you use and the type of car you have.

Where can it be fixed?

Major automotive retailers such as Halfords will often have re-gassing equipment, but you may be better off taking your car to a garage instead as a mechanic will usually be able to check your system for leaks through a pressure test and by using a UV light.

There’s little point in re-gassing an air-con system if all the refrigerant is going to leak out, though some garages may try this first and ask you to come back if the air-con fails again, as it’s a quick and fairly cheap procedure and often sorts the issue.

Air-con systems are a relatively simple part of a car’s mechanicals so you won’t necessarily need to use a franchised dealer to carry out the repairs; any competent mechanic should be able to diagnose and fix the issue.