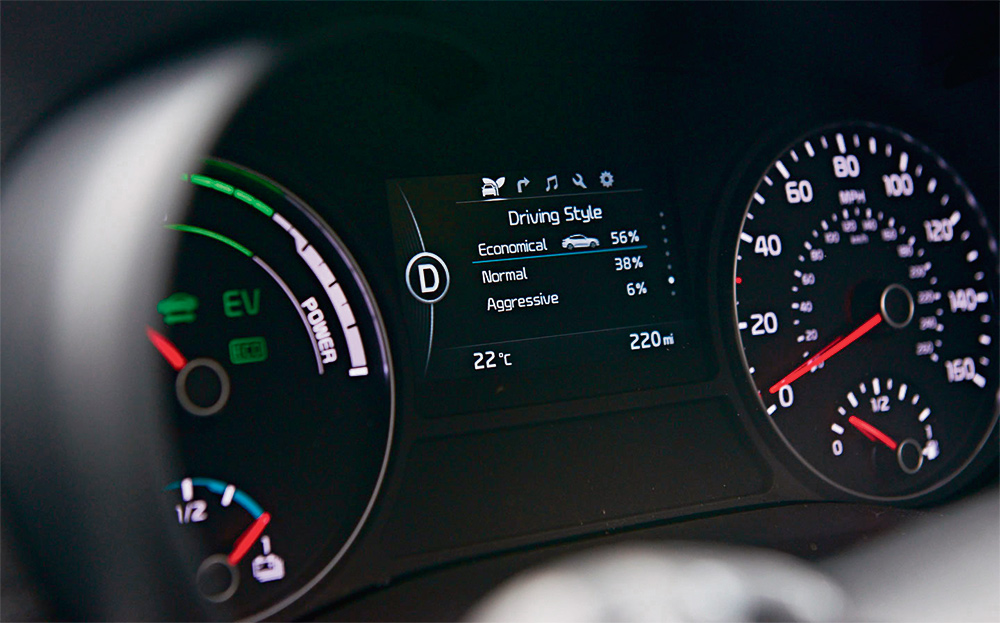 Will loves how the dashboard display shows his driving style 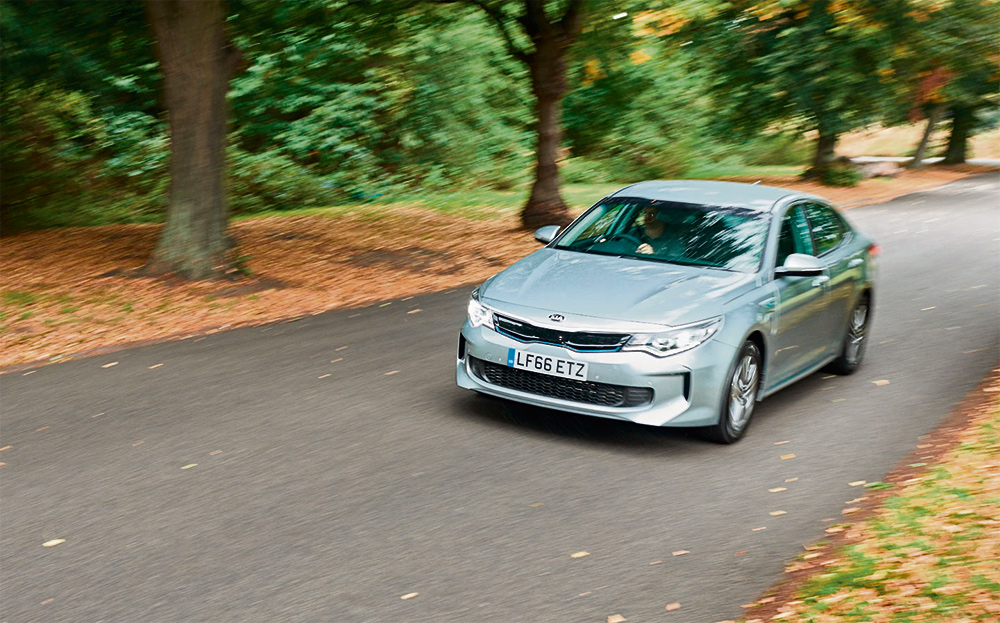 Will finds the Optima “comfortable, remarkably quiet and damned quick” 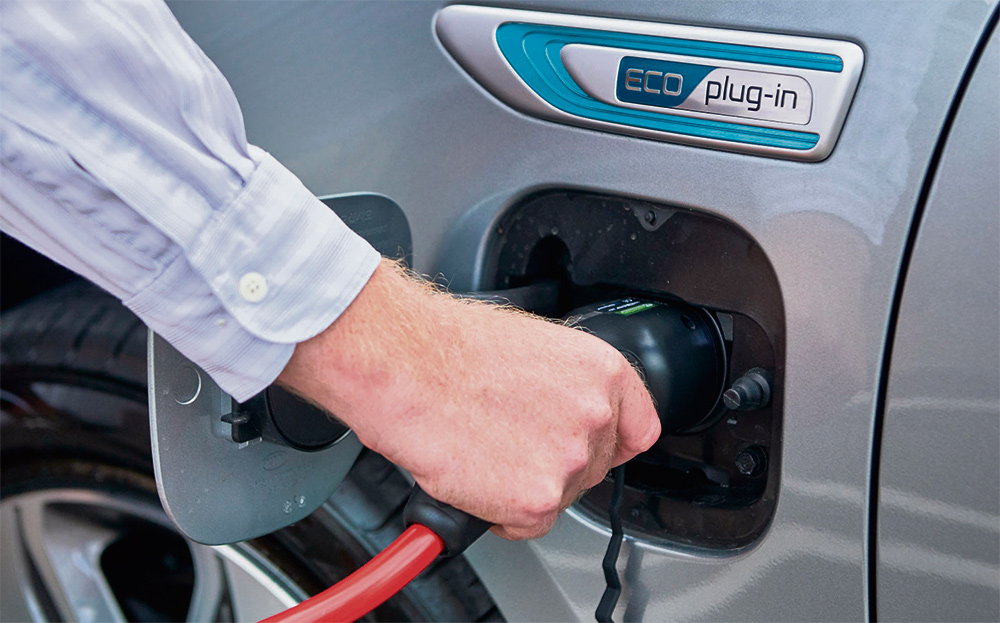 Charging the car couldn’t be easier – but there is always the option of using petrol, too 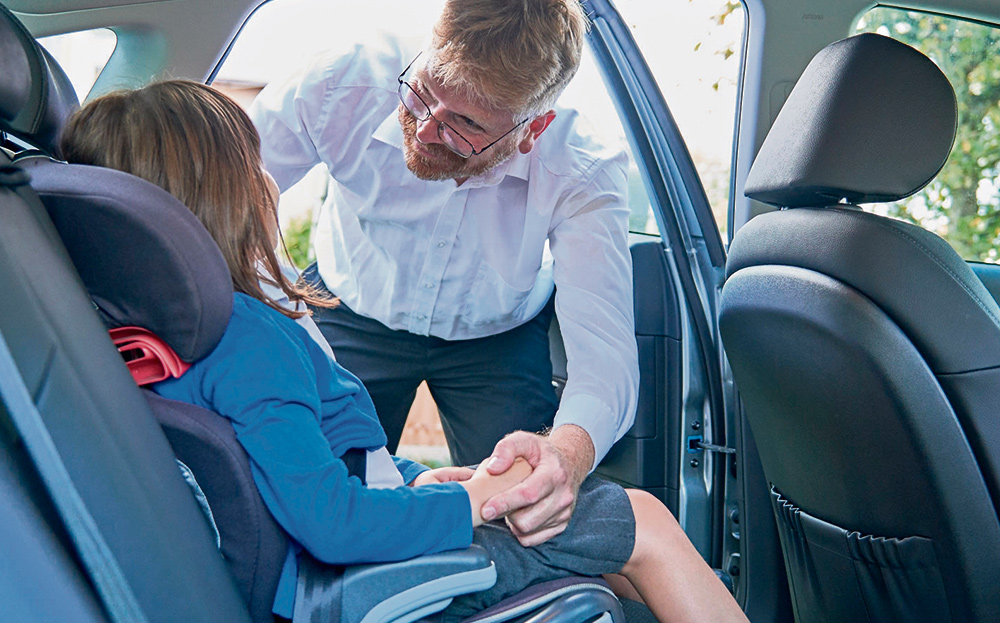 The kids love it, and the silent drive in electric mode makes them wonder if they’re flying 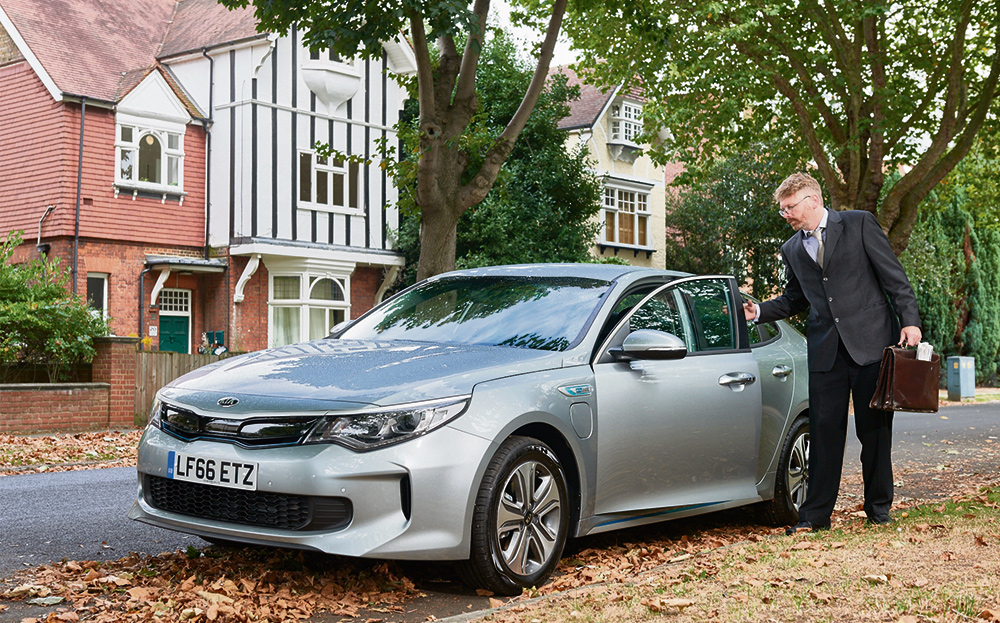 The small touches make all the difference: the wing mirrors unfold automatically 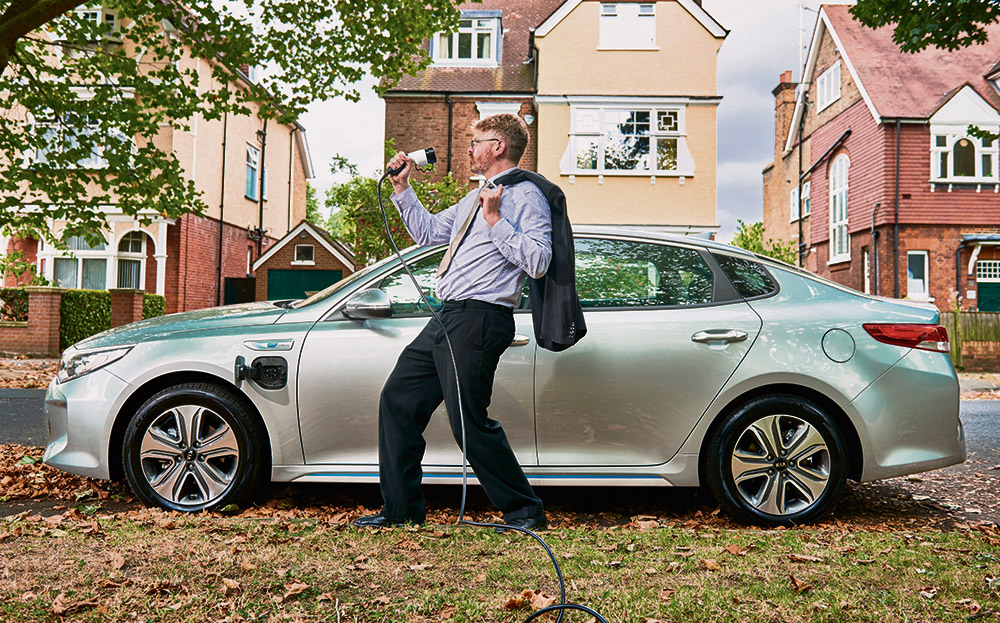 “I love that this car has the shape of an exec saloon but is a hybrid, so I’m doing my bit for the planet” 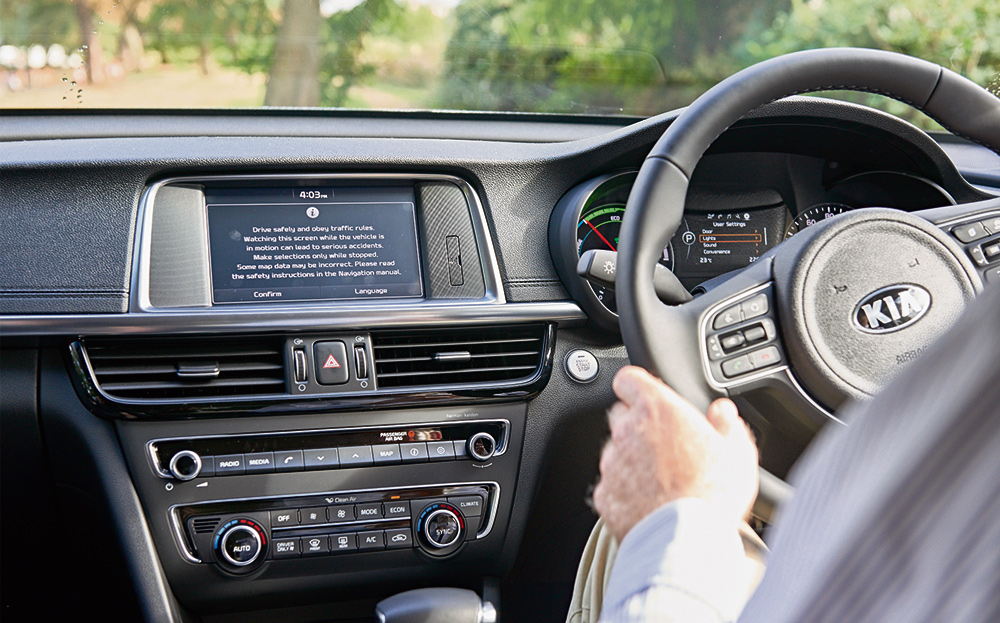 The 8in touchscreen can flick between entertainment and satnav 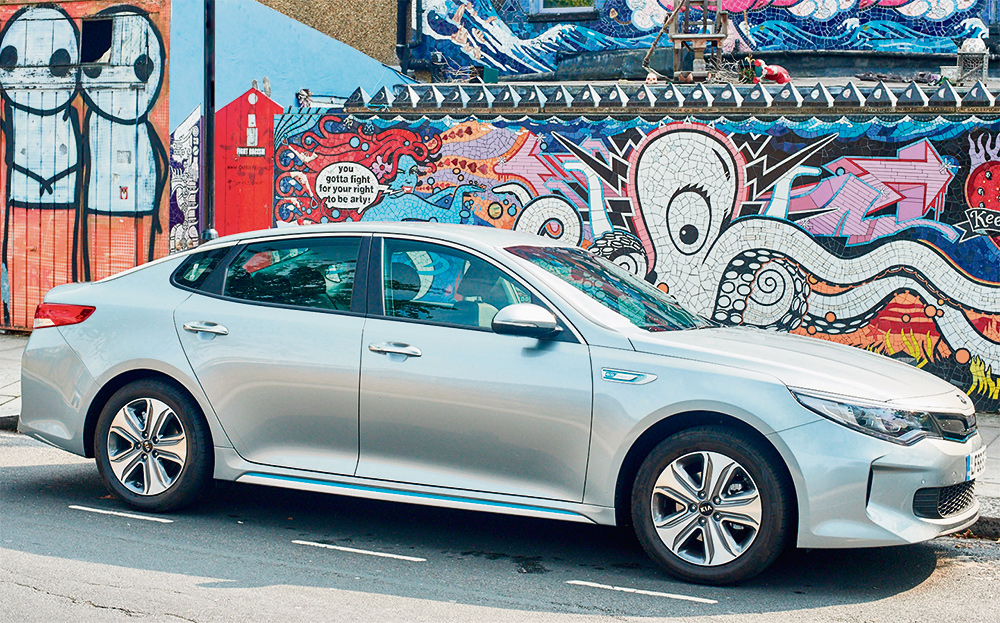 Will likes a challenger brand. “The engineering is superb and it saves me loads of money” 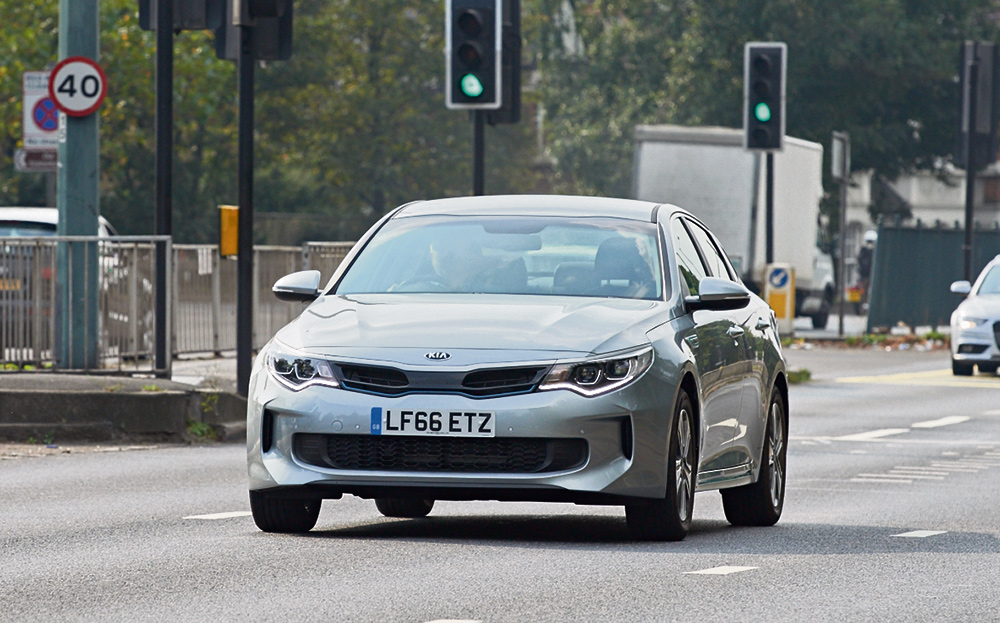 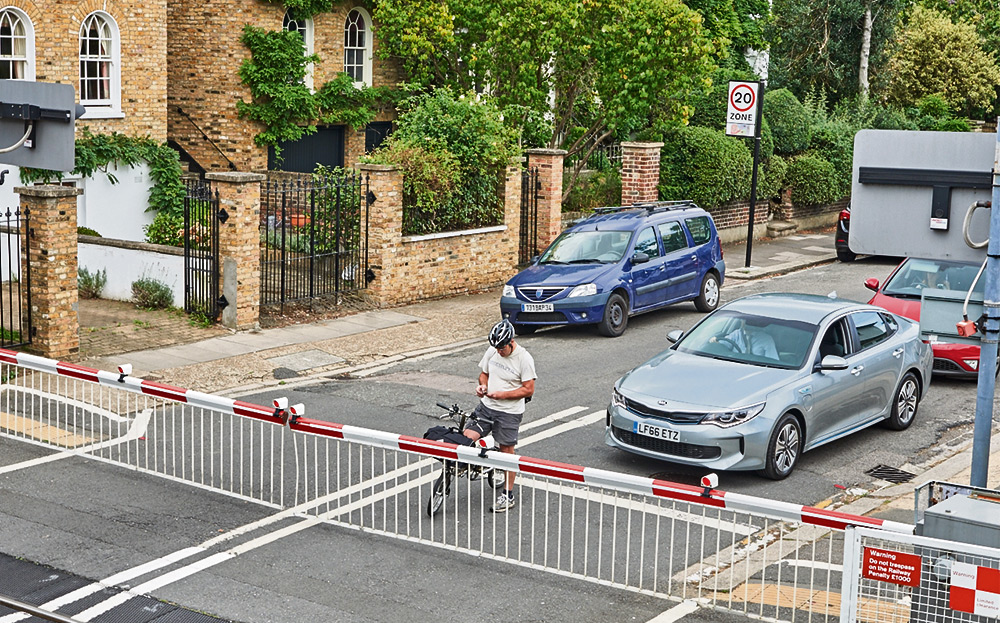 The satnav is fast, and its live traffic updates enable it to quickly alter the route 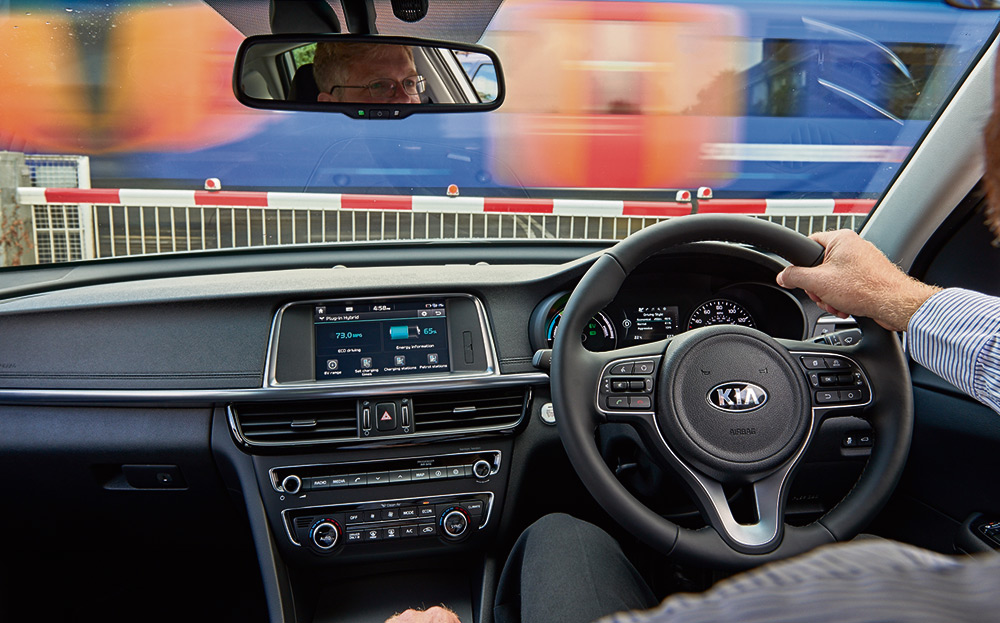 In my line of business a lot can change in a week. I need to be adaptable and ready to pounce when opportunities come up. So when I was asked to test the new Kia Optima Plug-In over the course of seven days, I jumped at the chance to put it through its paces.

Of course, anything that saves me money is of interest, and I’m as keen as the next person to do my bit for the environment. I don’t think any parent would disagree with that. But the real test for me is how the car helps take the stress out of my busy work life and crazier home life. Here’s how I got on…

First impressions/comfort
It’s the small touches that first excite. The wing mirrors unfold when you walk near, like a dog whose ears prick at the sound of its owner. As soon as the door clunks shut, the seat whirrs forward into driving position. The Optima memorises your perfect set-up, and rolls back when you want to exit, which allows you to get in and out without the need for yoga classes. A great start. But how does it drive?

Peace
The silence is extraordinary. I’m pulling out of my drive and I can’t hear a thing. It’s a hybrid, and the onboard computer has chosen to run in all-electric mode. Great for leaving early in the morning or coming home late at night without waking the family. Plus, of course, it’s incredibly cheap to run.

Style
Using the controls on the steering wheel I can change the dashboard display. The Android Auto is the ultimate co-pilot and I love the fact the car tells you how you’re driving. Today, I’m 8 per cent aggressive, 55 per cent normal and 37 per cent economical. Hilarious. I suspect I’m being heavy on the accelerator because I’m excited.

Looks
Genuinely, I don’t care what others think about me. That said, my colleagues love the car. They remark on the strong shape, the light-blue trim lines, brow-like windscreen and funky running lights. To be honest, they are a bit surprised it’s a hybrid. Inside, the brushed-metal phone compartment is starship-cool. And the 8in touchscreen can flick between boasting about the mpg, entertainment or satnav.

Environment
I’ve got two kids, one’s six and one’s nine, so of course I want to do my bit for the planet. But I don’t want to be seen as a muesli-muncher. I love the fact this car has ludicrously low emissions, but still looks like a proud and muscular exec car. If it weren’t for the small badges, you’d never know it was a hybrid.

An outing
The sun is out and we’re whizzing through the South Downs on our way to Goodwood Revival. The festival car park is packed with vintage cars and I wonder if in years to come they’ll be celebrating emerging hybrids, such as the Optima, that are changing motoring. I climb on to an old milk float to get a sense of how far electric vehicles have come. The float does 10mph, the Optima 120mph. The float is steeped in nostalgia, the Optima is a headturner. And it’s got a lotta bottle of its own.

More for less
There’s something about the Optima that makes you want to squeeze more from life. We head home, but on a whim follow signs for the longer coast road. Why not? I’m getting more mpg than I thought possible – why should this great day end now? Time for a sunset coffee on Worthing Pier before hitting the M23 home. I would have missed this if I were worrying about fuel costs.

The motorway
The Optima is a great motorway drive. Comfortable, eerily quiet at times and damned quick. The combo of motor and engine give terrific oomph, and it more than keeps up with its German equivalents. While the two-litre engine is used for acceleration, at speed it turns off, letting the electric motor cruise.

City nipper
In town, in full electric mode, you’re literally paying pennies for the cost of a charge. It’s efficient, too, and doesn’t waste energy when stopped in traffic. And parking assist helps you edge into tight spaces and the proximity sensors warn you of unexpected obstacles.

Recharging
I’ll be honest, I’m not only time-short, I’m often lazy. The thought of having to charge a car fills me with dread. That’s why this plug-in hybrid suits me – I don’t have to charge it if I don’t want to. Treating it like a normal petrol car I was still averaging 53mpg when the battery was low – and still driving with some welly.

That said, recharging it is a doddle. I used the trickle charger at home and tested a faster socket at the local supermarket. The benefits win you over – around 100mpg or even petrol-free for short journeys. I love the map that shows your current range in pure electric mode, and the distance to nearby charging points. I can’t believe there are so many nearby.

Kids
My kids can be brutally critical of my old car, but they take to the Optima instantly. They love the big touchscreen and Harmon Kardon sound system. And the silent drive in electric makes them ask, “Dad, are we flying?”

Tech
I love new inventions, anything to make life easier and safer. OK, it’s not revolutionary, but the hands-free boot opener is really handy at the supermarket, and the wireless phone charger is so smart I think I’ll upgrade my phone. The satnav is fast, and its live traffic updates enable it to make quick changes and alter my route. Perfect.

Money
The car’s ULEV (ultra-low emissions vehicle) status means savings on the Congestion Charge and road tax. So why shouldn’t I buy that bottle of craft gin? At 100mpg I’m saving around £40 a week in fuel alone.

A car I want to own?
This is a car I want to drive. I like the fact it’s a challenger brand, the engineering is clearly superb and it saves me loads of money. Oh, and my family and colleagues love it too. As a hybrid it’s the best of both worlds. It has the economy of electric, without range anxiety. It has the shape of an exec saloon, with eco-credentials thrown in for good measure. Do good, look good. You can have both. Any chance I can test this car for longer? 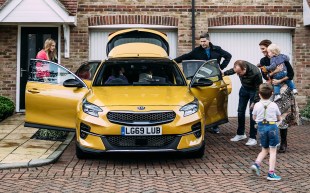 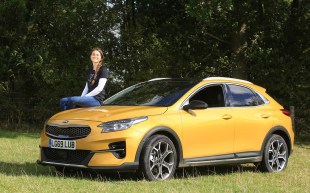