Home > The Power to Surprise>

IT’S RAINING. In fact, it’s been raining for most of the month. Half-term has been looming on the horizon like a traffic jam several miles ahead showing on your car’s sat nav. The children want to know what we have lined up for them. They break into a rendition of Lord Kitchener’s London is the Place for Me calypso and jig their way around the kitchen.

London? Really? We try reason. London at half-term in the rain is about as appealing as tackling the mountain of unwashed school uniform and games kit before returning to the foothills of scuffed, muddy and sweaty shoes.

Still they sing. So my wife and I ponder how to avoid the crowds and the kind of restaurant that hands over bills resembling your monthly mortgage payment. “What about east London and a day checking out the sights?” I suggest.

What sights, comes the reply. The consensus seems to be that the Millennium Dome is not enough of a lure. But, I say, there’s the cable car across the Thames, and the Thames Barrier and Greenwich Park within striking distance of one another, all well away from the jam-packed attractions of the city centre.

They don’t look convinced but it’s too late, I’m already marching them out of the door. Child seat securely locked into place, I key destination east London into the Kia’s sat nav. Squabbles over which radio station to listen to are solved by streaming a child’s playlist to the stereo via Bluetooth. And then I suddenly realise that Mrs Mills is in the driving seat.

“Wait, I thought I was driving,” I say. But she’s taken a fancy to the XCeed and I’ve already had a turn. So it’s her go. 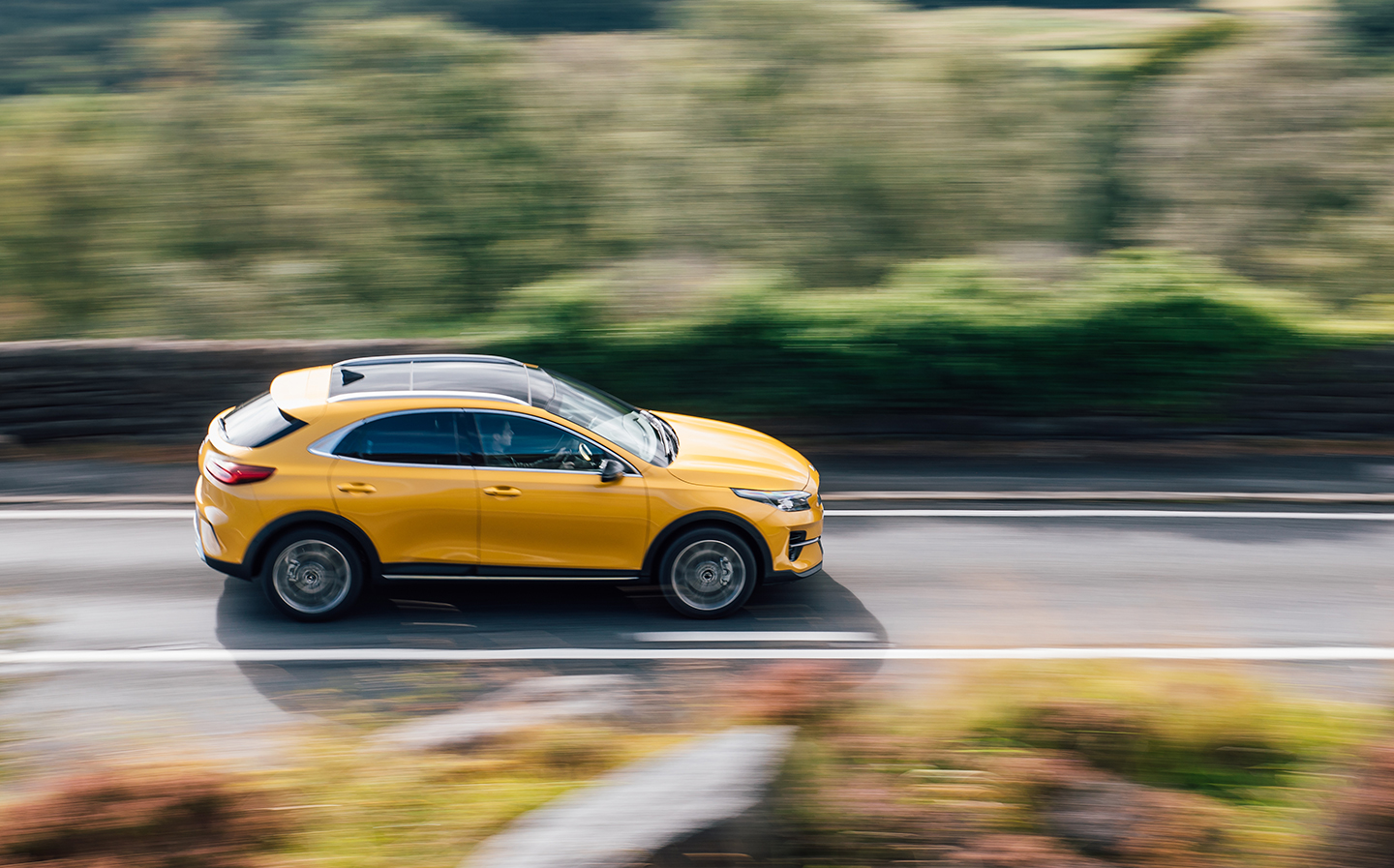 She’s not alone in liking this type of car. It’s what’s known as a crossover utility vehicle, a mash-up of SUV and hatchback that brings the former’s design aesthetic and raised seating position to a car that’s no larger or any less agile than a family hatchback.

Kia’s design department has been on trend of late and the XCeed is no exception. It has the elegant window line of a coupé yet the subtle cladding around the wheelarches and bottom of the doors that suggests a tough underbelly. To many minds it will seem a stylish alternative to an SUV.

You’ll find more space in a full-size SUV, of course, but the XCeed is perfectly comfortable for two adults and will easily accommodate a couple of high-backed child seats. With three children in the back, it’s snug. No more so than a VW Golf or Ford Focus, but more so than Kia’s larger Sportage or similar. That’s the trade-off for sportier looks and handling.

We continue our drive north from Kent into southeast London, pleasantly surprised at how little traffic there is on a Sunday morning. The Blackwall tunnel approach on the A2 is almost unrecognisable; where are all the cars, vans and lorries? Toward the Thames we glide, the Lane Keeping Assist system lending a gentle hand as it maintains a pre-set speed while keeping a safe distance from vehicles ahead and gently correcting the steering to keep us in the middle of the lane.

There’s further cause to celebrate when we arrive. Opposite the cable car station on the Greenwich peninsula is a car park. It’s cheaper than central London and — what’s this? — plenty of spaces.

Time for the car’s next trick. “Press this,” I tell my wife, pointing to the button that activates the Smart Parking Assist system. We drive slowly past a vacant space and then the car lends a hand, taking over the steering as she reverses and executing the perfect perpendicular park.

The cable car, officially known as Emirates Air Line, promises spectacular views of London and the Thames. Unlike the London Eye, there’s no need to book in advance and prices are much lower, making this something of an attraction for the savvy family. For a single crossing for five of us, it’s a total of £16; a trip on the London Eye would cost £132.

There are no queues so we board a car and find we have it to ourselves. The cable car rises to 295ft at its highest point, and we’re soon learning about Isambard Kingdom Brunel’s first tunnel beneath the Thames, which opened in 1843. On its first day it attracted 50,000 visitors, making it the world’s most popular attraction of its era.

Beneath us is the Dome, resembling a giant jellyfish beached on the banks of the river. The glass towers of Canary Wharf shimmer in the sunshine and in the distance the Thames Barrier can be seen, its 10 steel gates keeping river levels under control and guarding against unusually high tides. On the north side of the river, someone has written a marriage proposal across a warehouse roof, which amuses the children and makes us parents go soppy.

The cable car trip lasts 10 minutes, which is enough time to soak in the views, take pictures — or, in the children’s case, film TikTok videos — and rest your feet. At Royal Docks station, we disembark in search of a late breakfast.

We find it at the Good Hotel, which floats in Royal Victoria Dock and has a story to tell. Its 8,000-ton concrete platform was floated across the North Sea from Amsterdam in late 2016 and the hotel has been open since December that year. It trains 60 long-term unemployed locals every year, who make up a third of the staff, and ploughs 100% of its profits back into the business.

We tuck in at seats overlooking the water. Swimmers splash past and wakeboarders attempt tricks in the far distance. There are open-water swimming sessions here on weekday evenings and weekend mornings. You can hire wetsuits and it’s certainly different from a swim at the local pool.

The XCeed’s engineers increased its ride height over the Ceed hatchback, which gives the suspension the sort of pliant ride drivers appreciate — and the clearance to brush off speed cushions

After fuelling up, it’s time to stretch our legs. Among the hidden gems in this part of the capital is the Thames Barrier Park. You’d never know from looking at it but it was once the site of a petrochemical and acid works on the Thames banks. The contaminated soil was covered with a 6ft layer of crushed concrete to protect the fresh topsoil. It worked, because the plants appear in rude health; many of the hedges are sculpted to resemble the river’s choppy surface.

There’s a playground, although the children are happy to walk by the embankment and watch the boats pass. We spy tall sailing ships, barges, tourist vessels and rigid-hulled inflatables that speed by, giving windswept rides to those with a taste for adrenalin.

Soon, it’s time for the return ride on the cable car. After docking at North Greenwich, we head back to the XCeed and set course for Greenwich Park, gliding smoothly over the speed bumps.

Although the XCeed is based on the same platform as the Ceed hatchback, its engineers took the opportunity to increase the ride height, by up to 42mm depending on the version, which gives the suspension the sort of pliant ride drivers appreciate — and the clearance to brush off speed cushions and the other street furniture that litters our cities and towns.

Inside, the car’s 10.25in touchscreen is almost cinematic, an expanse that allows for multiple displays, such as navigation and music choices, to be clearly shown. It works with Apple CarPlay and Android Auto, so we ask Siri, Apple’s virtual assistant, to take us to the car park by the Royal Observatory, where we know the viewing platform will provide another perspective on the sprawling and ever-changing capital.

Then, after a walk through an autumnal park, it’s time for the XCeed to show us the way home as we reflect, slightly smugly, on how we beat the crowds and tourist prices to discover a great day out. 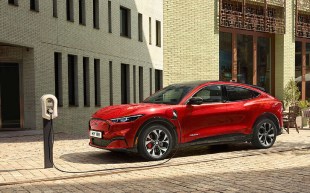 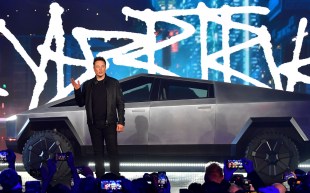