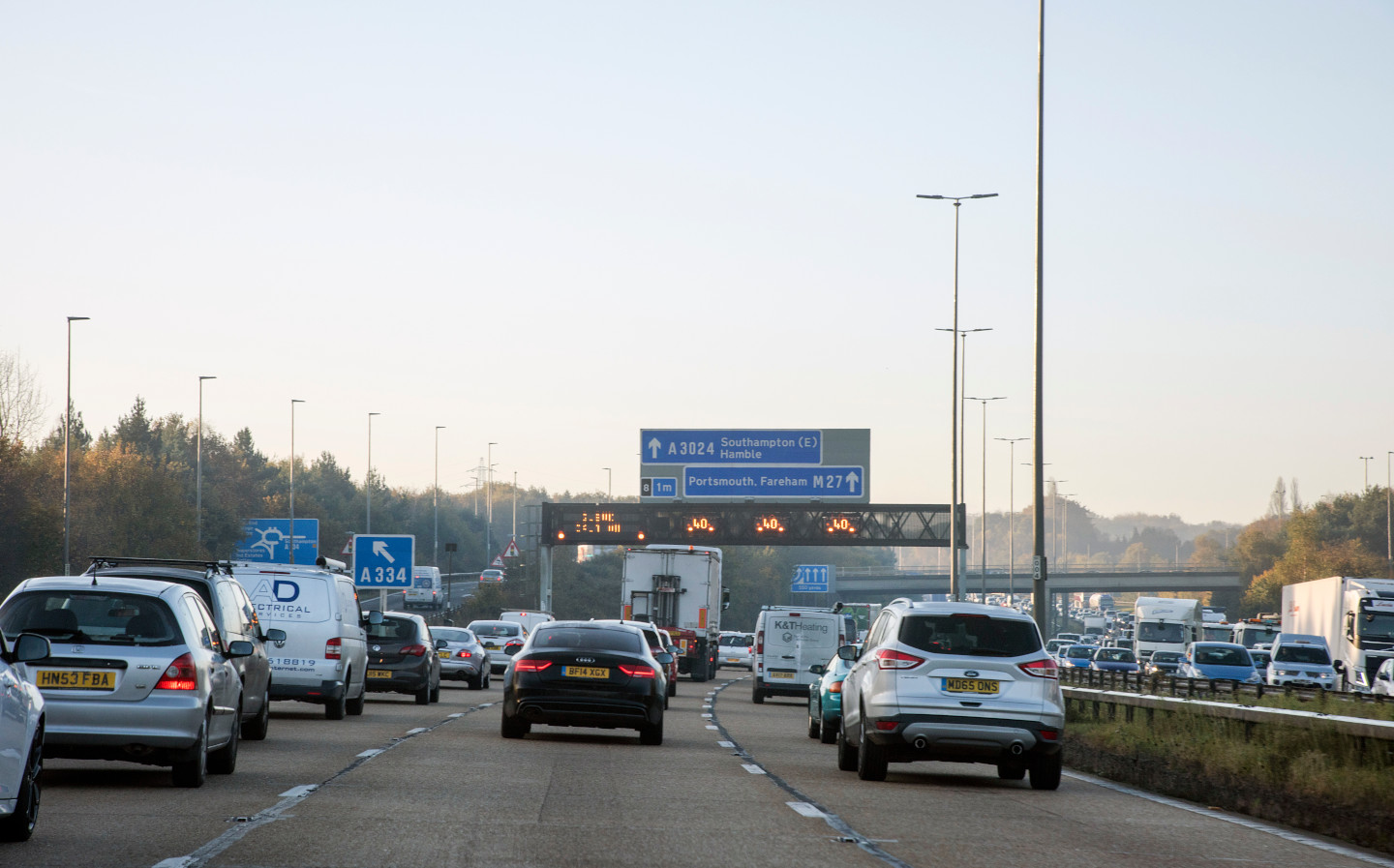 MOTORISTS are expected to face delays on Britain’s roads this weekend, as factors including sunshine, the lifting of coronavirus restrictions and the bank holiday encourage around 11 million people to jump in their cars for a getaway.

The RAC said it expects around 10.8 million people to get behind the wheel between Friday and bank holiday Monday, a number that could increase in the event of good weather. Currently the Met Office predicts that the weekend will be dry with sunny spells and highs of over 20℃.

Saturday and Monday are expected to be busiest, with at least two million separate journeys predicted each day. A further 1.6 million are estimated to take place on Friday and Sunday, while 3.6 million people are planning a trip but have not decided which day they will travel.

Routes headed towards “hills and coasts” are expected to be affected the most if the sunny forecast proves correct — The Times reports that delays will be heaviest on the M5 southbound towards Devon, the M1 headed north of London and the A14 into East Anglia.

Highways England has confirmed that it will remove roadworks from 98% of the road network this weekend in order to provide an optimal flow of traffic. A total of 899 miles of works will be completed or suspended before the weekend.

RAC Patrol of the Year Ben Aldous asked drivers to ensure their cars are in good shape before making a long trip: “Drivers can help my colleagues and I have a better bank holiday weekend by making sure their vehicles are in good working order, something that’s particularly important for anyone driving longer distances.

“Taking a few minutes to check tyres and fluid levels before setting out could very easily make the difference between a plain-sailing journey and one beset by a breakdown.”

The RAC uses the acronym “Forces” to remind drivers of the checks they should make before undertaking a long journey: fuel, oil, rubber (i.e. tyres), coolant, electrics and screenwash.

It is expected that this will be the busiest weekend of 2021 so far for Britain’s roads thanks to decreased fear about the pandemic. A poll carried out by the RAC found that only 11% of people are choosing not to travel this weekend due to coronavirus, down from 25% on Easter weekend in April.

The announcement comes the day after ministers decided to ease travel restrictions for those living in areas affected by the Indian coronavirus variant. Prime Minister Boris Johnson initially said that travel in and out of the eight areas of Bedford, Blackburn, Bolton, Burnley, Kirklees, Leicester, Hounslow and North Tyneside should only be undertaken for “essential” reasons.

However, after the government was accused of spreading confusion and imposing “local lockdowns by stealth”, it promised to update its guidance to clarify that the new restrictions are voluntary.

Since May 17, people have been allowed to go inside other people’s homes, stay in hotels with people from other households and eat inside restaurants, as part of the third stage of the government’s roadmap out of lockdown.