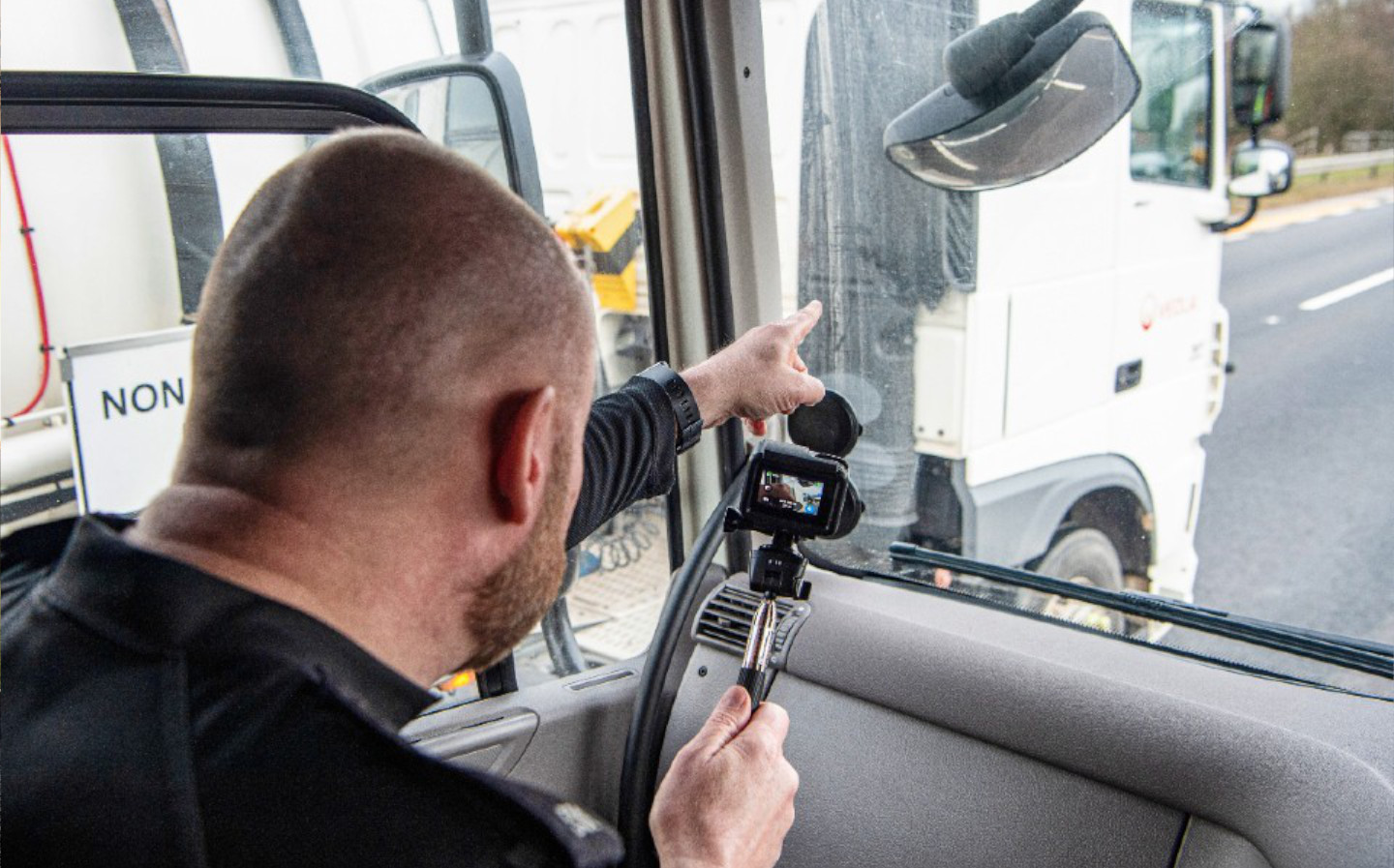 A LORRY driver who ate lasagne with a knife and fork on a motorway has been caught as part of a heavy goods vehicle-aided police crackdown on dangerous motorway driving.

The offence in West Mercia is one of thousands seen by officers as part of Operation Tramline, a campaign aimed at reducing the number of collisions on the UK’s motorways. It sees officers use unmarked HGV “supercabs” to spot dangerous driving by both ordinary motorists and those operating lorries.

Another campaign using the supercabs, called Operation Vertebrae, commenced on the M6 today (Monday, May 24) and will end on Sunday, May 30. Highways England deals with around 180 incidents on the M6 — the longest motorway in the UK — every day. In 2019, 4,222 road traffic incidents were reported on the 230-mile-long highway.

National Police Chiefs’ Council Lead for Roads Policing Chief Constable Anthony Bangham said: “We remain committed to tackling those who take unnecessary risks with their own safety and the safety of others on our roads by allowing themselves to be distracted while driving.

“The consequences of these actions are often devastating. We will continue to work alongside Highways England on Operation Tramline and will prosecute drivers who ignore the risks.”

The most common offences recorded by Tramline include driving while using a mobile phone, which police have clocked 6,073 times, and driving without a seatbelt, spotted 6,253 times. Other frequent offences include not being in proper control of the vehicle (recorded 1,501 times) and speeding (recorded 1,199 times).

Highways England released recent footage of one HGV driver using his mobile phone while driving on the M40, almost hitting an unmarked Warwickshire Police supercab as he veers on and off the hard shoulder.

Another motorist was seen using his mobile phone while driving, only putting it down when he heard the sound of a police siren.

Surrey Police caught one lorry driver boiling a kettle on his dashboard while he drove, while another found himself in a pickle after being caught eating a jar of gherkins while he drove using his elbows. One used his knees to drive while eating his lunch and using his phone at the same time.

One person was apprehended twice in the same day using a mobile phone while driving on the A38 in Derbyshire. Consequences for offenders include warnings, fixed penalty notices and even arrests.

Highways England Head of Road Safety Jeremy Phillips said: “The Operation Tramline cabs are an important part of our commitment to tackling dangerous driving and those who take unnecessary risks with their own safety and that of others on the road.

“The number of people found using their mobile phone while driving is quite alarming. You are four times more likely to be in a crash if you use your phone and, if caught, face a £200 fine and six points on your licence.

“Through this week of action on the M6 we want to make all of our roads safer by raising awareness and encouraging motorists to consider their driving behaviour.”