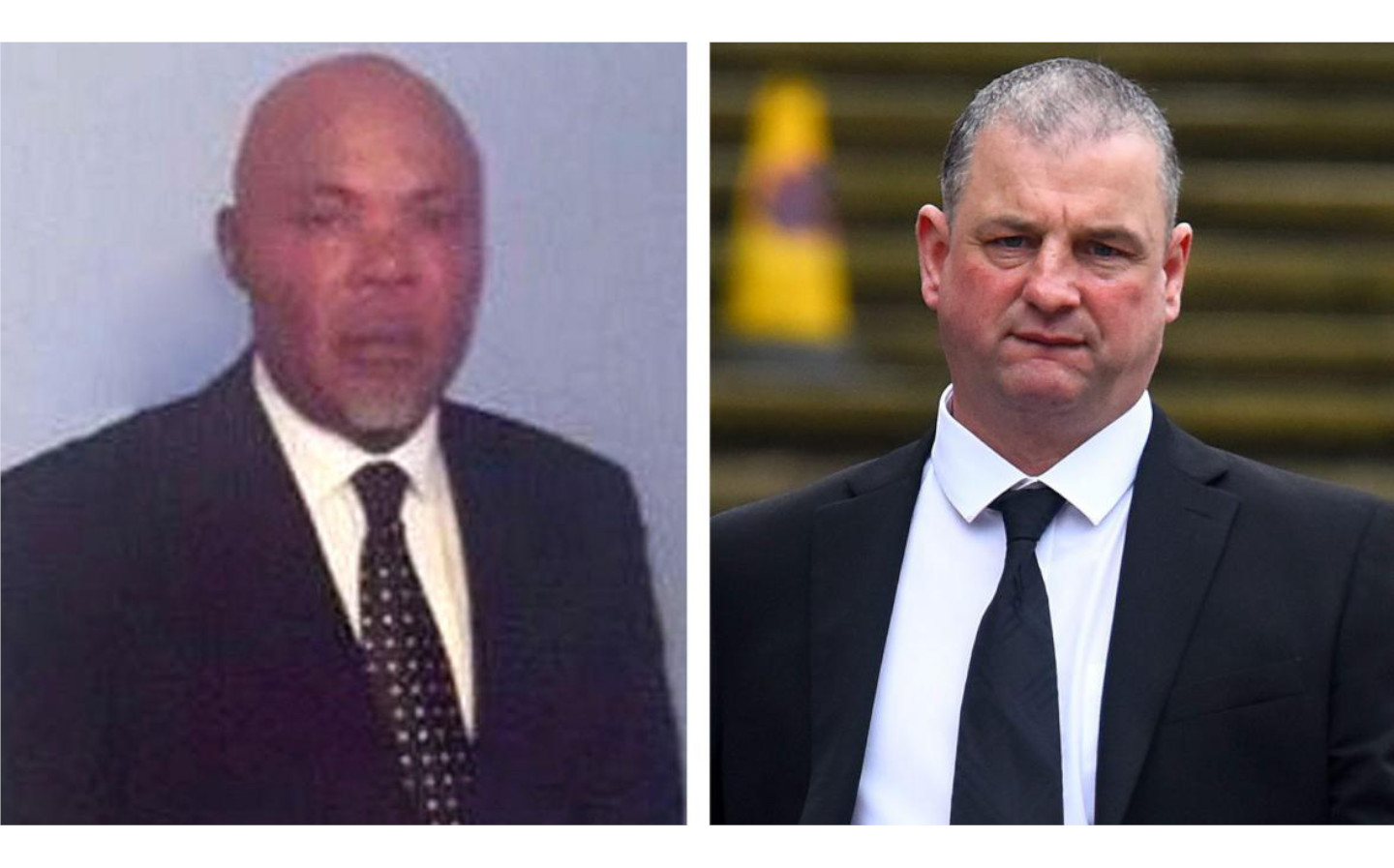 A LORRY driver has been jailed for seven years after killing a father of two by crashing into their car on a hard shoulder moments after placing a bet on his smartphone.

A jury heard that Dean Moffat, 48, who has a gambling addiction, placed several bets in the moments leading up to a crash, including putting £20 on a greyhound race less than two minutes before he collided with “loving husband” Ric Mboma at 56mph.

Mboma, 60, had pulled over on the hard shoulder on the A34 near Winchester after breaking down, and was recovering a spare wheel from the boot of his Toyota Corolla when he was hit on November 11, 2019. The impact threw him into a verge and sent the car spinning into the air. He was pronounced dead at the scene.

Mboma had been taking his daughter, Witley, 19, back to Winchester University, The Times reported. Her brother Heaven, 15, was also in the car.

Both passengers suffered lasting physical and mental injuries. Witley dropped out of university, saying she couldn’t help but blame herself for her father’s death.

Witley suffered a double break in her arm while her brother broke his leg, resulting in lasting joint pain.

Dashcam footage showed that Moffat could have seen Mboma more than half a minute before the crash occurred and had seven seconds in which he could have seen the car fully. Other vehicles in front of Moffat had changed lane to avoid the Corolla but the lorry driver took no evasive action.

Despite this evidence, Moffat told police that using his phone did not distract him. Analysis of his phone found that he had deleted the SkyBet and Bet365 apps 14 minutes after the crash.

Judge Jane Miller QC described the HGV as a “lethal weapon”, and told Moffat: “You knew what you were doing when less than 15 minutes later you uninstalled betting apps.”

The defence told the court that Moffat felt remorse for his behaviour. The BBC reported that Moffat had written to Mboma’s family saying that he “had not forgiven himself for the behaviour, and would not expect forgiveness.”

In a statement following the crash, Mboma’s family said: “Ric Mboma was a loving and caring husband, and wherever a beautiful soul has been there is a trail of beautiful memories.”